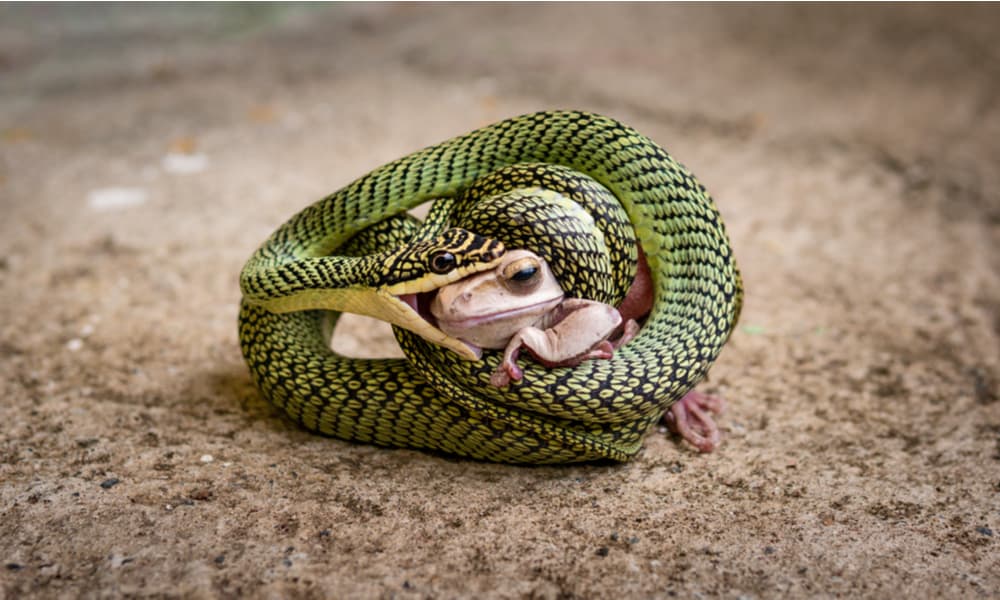 Snakes have been on earth for centuries, and you can find them almost everywhere. There are thousands of species that vary in color, length, and behavior. The answer to the question of what do snakes eat is complex and depends on several factors. Let’s discuss them. 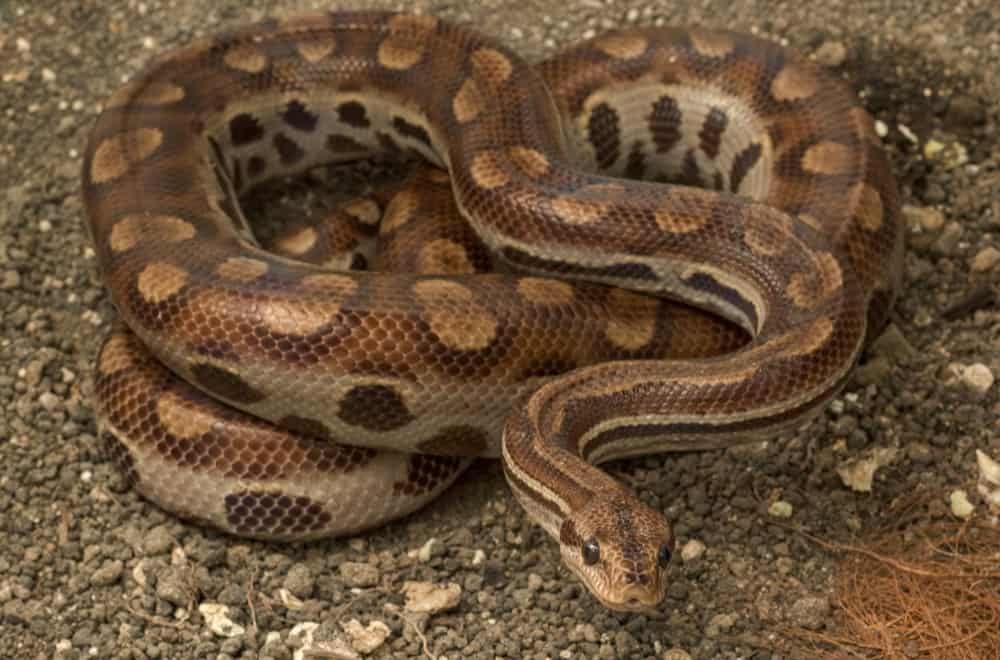 Snakes are reptiles with long bodies covered in scales. Historians estimate that they appeared in the late Cretaceous period. They adapt well to almost every environment, and you can find them almost everywhere, including:

However, there are no native snakes in Hawaii, Iceland, Ireland, and New Zealand. On the other hand, you can find many pet snakes in these areas. Finally, there are no snakes in Antarctica since there is too cold for these reptiles to survive.

There are over 3,000 snake species, but only about 600 species are venomous. That doesn’t mean the others can’t harm you since Boa constrictors, Pythons, and Anacondas squeeze their victims until suffocating them. Plus, even the non-venomous snakes’ bites will hurt and can cause injury and skin infection.

Most snakes lay eggs, but some species are live-born, including:

Typically, snakes don’t have limbs, and their necks and shoulders can’t separate their heads from the rest of the body. Still, some snakes like Pythons and Boa constrictors have vestigial hind legs. They use these limbs for grasping during mating. Plus, snakes don’t have eardrums or eyelids.

All snakes shed their skins several times a year. The primary reason is outgrowing the skin when it becomes too tight for their bodies. Full-grown snakes can also shed their skin, though less frequently. That is their way to get rid of parasites from the skin surface.

The temperature of snakes’ bodies depends on external factors, so biologists consider them ectothermic (cold-blooded) creatures. That means snakes collect heat by sunbathing on a rock or next to the water. Contrary, they fall to brumation, a state similar to hibernation, during the cold winter months.

What Do Snakes Eat in the Wild? 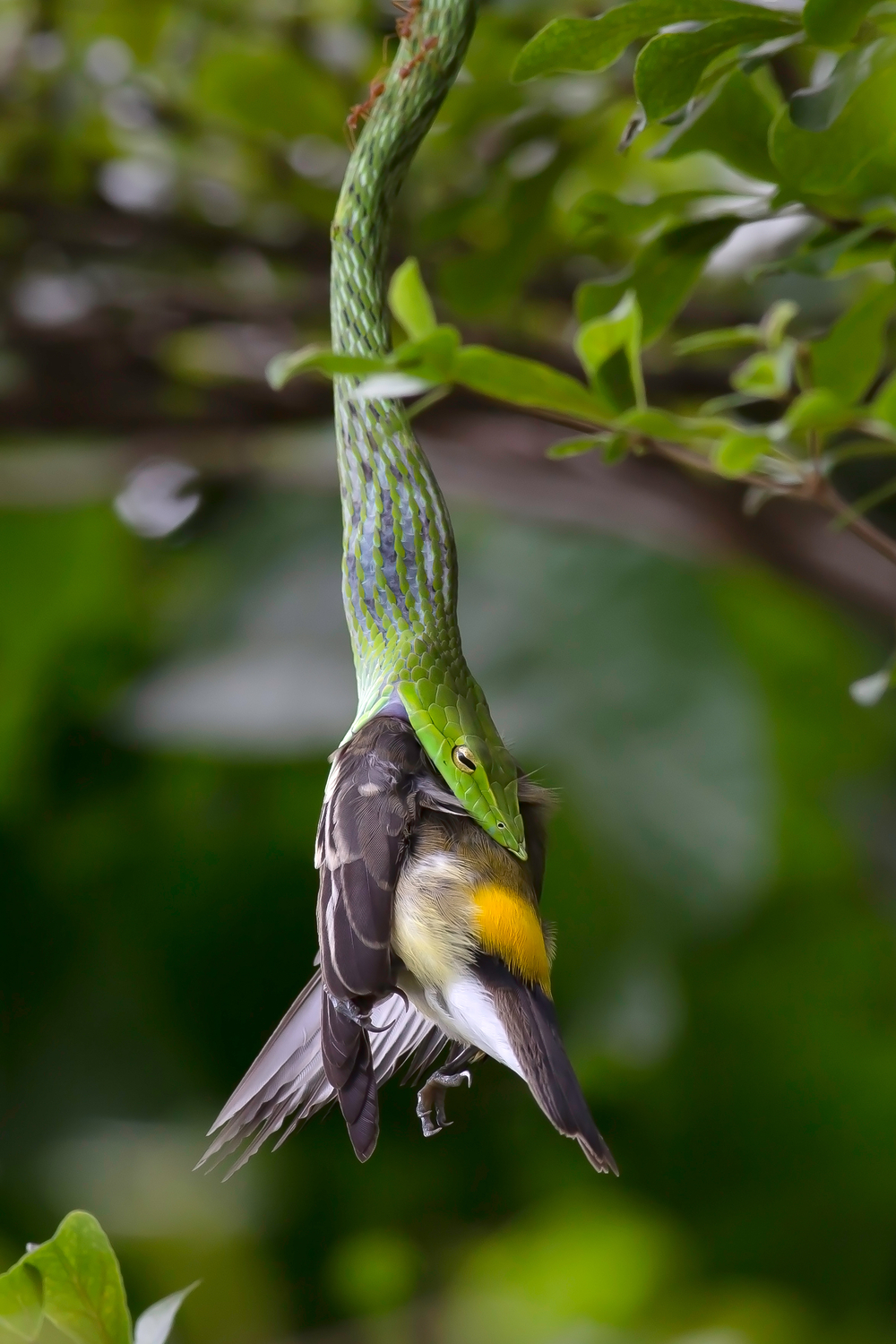 Snakes are carnivorous predators, meaning they never eat plants. Their metabolic system neither digest fruits and vegetables nor does this food contain the nutrients that snakes need.

However, there are considerable differences in snakes’ diet, depending on species. For example, Garter snakes enjoy eating frogs and guppies, while Anacondas prefer slightly larger prey, like deer and caimans. Luckily, a round head makes humans inadequate food for those reptiles.

Some snakes have a wide menu, while others focus on one food type. For instance, an egg-eating snake feeds exclusively on eggs. It swallows the whole egg, cracks it inside its body, and spits out an empty shell.

Many snakes prey on other species of snakes, regardless of whether they are venomous or not. However, most snakes won’t eat their own species, especially snakelets (baby snakes).

Exceptions are extreme circumstances, such as starvation, when the natural survival instinct is crucial to pickiness. Still, a male King Cobra will devour a female snake that refuses it as a mating partner.

All snakes have a flexible lower jaw, and they can open their mouth widely. Thus, they can feed on prey several times larger than themselves. Nevertheless, a snake’s diet largely depends on its size and length. So, a list of prey that different snakes prefer eating includes:

The diet of different snake species varies not only in what they eat but also when and how they do it. Since snakes can neither bite off a piece of meat nor chew victims, they swallow them whole. Then, they chemically digest food, sometimes for days.

The hunting methods differ depending on the species, as well. Venomous snakes often use their poison to paralyze or kill their prey. However, a Python will use the power of its muscles to crush an animal before digesting it.

Most snakes are nocturnal creatures that prey on their meals during the night. However, some species eat whenever the opportunity arises, regardless of the time of day.

What Do Snakes Eat as Pets? 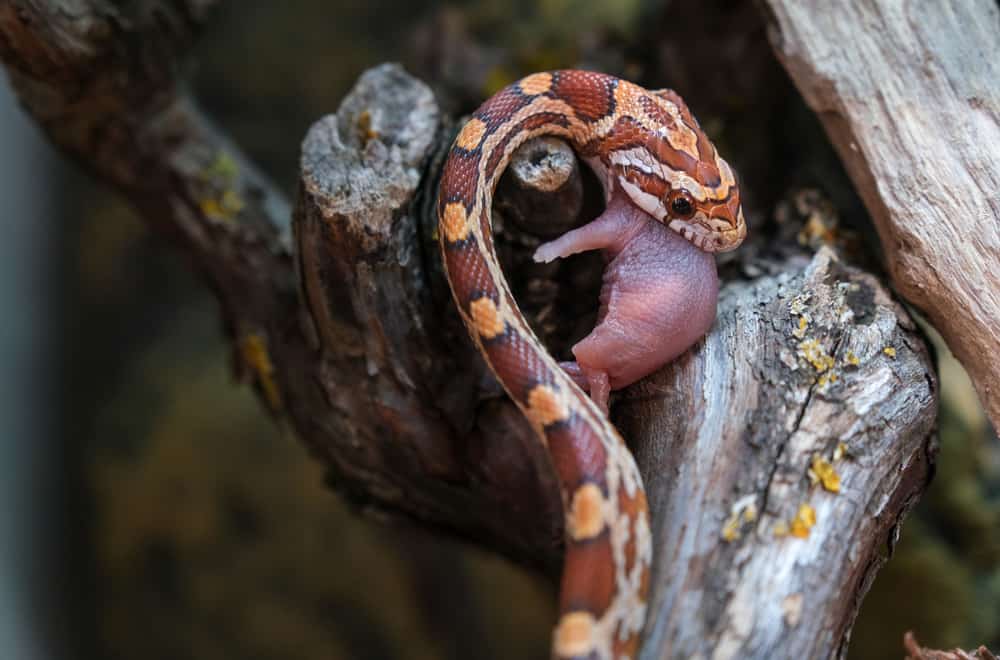 Snakes are popular pets among exotic animal fans. They are calm and inactive during most of the day and don’t require much of your attention besides regular feeding.

Plus, many snakes have an appealing look with an interesting pattern on scales or unusual colors.

Most pet stores can provide you with proper food for your reptile. Luckily, the list of food types you can offer your pet is long:

Generally, the best menu for your snake is the one it prefers in the wild. The best option is to mimic its natural feeding habits adapted to conditions in captivity when needed.

However, frozen rodents from a pet shop usually provide all the necessary nutrition for most snakes. Since snakes swallow mice or rat bones along with meat, they will fulfill all their needs that way.

Any other food requires including supplements like calcium and vitamin D in your reptile’s meal plan. You can find these products in any pet store and offer them by powdering the meat before giving it to a snake.

That means you need to think large if you have a Boa or Python. A whole chicken is a perfect meal in that case. However, remember that your snake will probably refuse to eat prey it hasn’t kill on its own.

As you can imagine, snakes shouldn’t eat particular food types. For instance, all wheat and dairy products are off-limit. Plus, never give your reptile a meat pie and anything containing preservatives, refined sugars, and spices.

As I have already mentioned, snakes are carnivore predators, meaning they need to hunt. Some snakes will refuse to eat dead, unmovable animals since they prefer live prey.

One of the tricks for feeding such a pet is to warm a meal, thus creating the illusion that it is alive. Plus, you can use a stick or some other handy object to wiggle a piece of meat until a snake spots and catches it.

If you decide to feed your serpent with a live rat, observe them during mealtime. An afraid, panicked rodent will defend itself and bite or scratch your pet. Although its chances of escaping are none, it can still harm the snake and cause infection or other health problems.

Remember that living prey can also transfer parasites and bacteria to your pet. That is the primary reason for avoiding catching small animals in your backyard or a local forest.

Plus, giving the serpent food gathered in the wild means risking serving it a meal packed with pesticides. Unfortunately, that may result in poisoning and death.

Keep in mind that different snake types have various feeding schedules. You can offer a portion of food to a young snake once or twice a week, but your full-grown reptile will refuse to eat so frequently since it is not hungry.

A snake can go for weeks without a meal in the wild, especially after swallowing a large mammal. Plus, your pet may prepare itself for brumation no matter the temperature in a terrarium.

It simply has an urge to become inactive and eat less from time to time. Still, take your snake to a vet if it refuses any food for more than two weeks. Besides a check-up, there are a few things you can try to make a reluctant snake swallow something:

There is no definite food type all snakes consume. Their choice of meals will depend on species, age, and season. Some snakes stick to one prey while others prefer various food. However, all snakes are carnivores, and you shouldn’t offer them plants, fruit, and veggies.