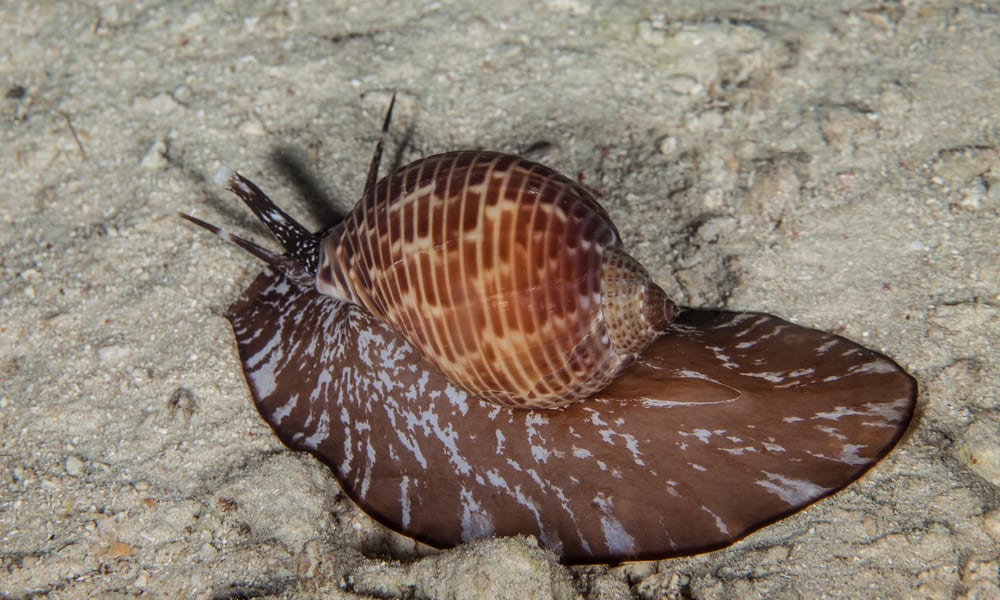 Sea snails are a species you can find at the bottom of the sea. They spend all their lives in the dark and rely on gills to breathe. The animal is only active during low tide when they’re able to move around freely. In this article, we will see what do sea snails eat, and we will share some other interesting facts about the species.

Sea snails are a diverse group of animals. There are many subspecies, and sometimes, it can be hard to tell that they belong to the same family. They inhabit salt bodies of water and utilize gills for breathing. However, certain species also have lungs, such as false limpets from the families Trimusculidae and Siphonariidae.

Another thing characteristic of these animals is the presence of operculum. It is a unique structure that covers the cortex. Operculum creates a unique lid that covers the animal from an external view and, thus, predators.

Snails have strong shells that protect the animal. In most cases, these shells will have a coil shape, but there are also conical shells that biologists refer to as limpets. Their shape can vary significantly, and some subspecies have interesting shell structures, such as Jujudae, which have two hinged plates.

In most cases, these shells are very small, and the largest one belongs to the family Syrinx aruanus at 91 centimeters. At the same time, certain sea snails have shells that are less than 1 millimeter in length. Given their durability, scientists can preserve them as fossils for the future generation.

Here are the most common sea snail habits:

What do sea snails eat in the wild? 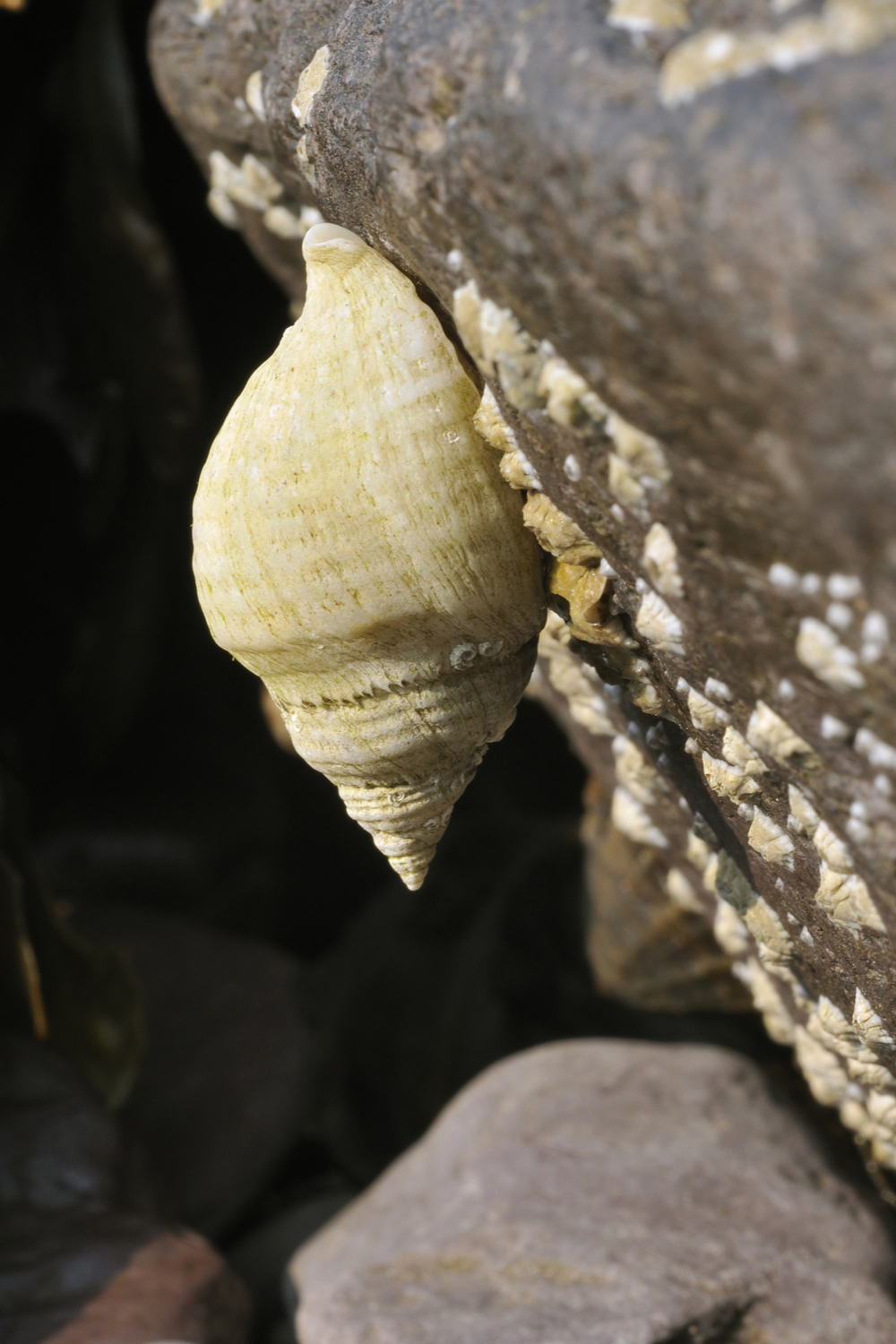 The species looks for food during high tide. The water will wash them onto the shore, where they will scour for plants. Sea snails can be herbivores or carnivores. The animal has a feeding tongue that allows them to scrape plants from the rocky surfaces, reefs, and sediments.

Here are some of the things that species eat:

Some carnivore species can use their tongue to penetrate the shells of other animals. It is a very strong organ with enormous power behind it. A good example is the oyster drill sea snail that uses its radula to punch holes in oyster shells. The strength of the tongue can vary depending on a specific subspecies.

The animal needs to have a strong shell for protection. Because of that, calcium is the most important mineral in their diet. They get a lot of this substance when consuming other species’ meat. The animal is often cannibalistic and has no problem eating other sea snail species.

As mentioned, their dietary habits depending on species. Most of them are herbivores. By eating algae, the sea snails also ensure their habitat is clean. It is also worth noting that the species can eat dead plant matter.

Some people like having sea snails in their aquarium. However, if you decide to keep them, you will have to give them just the right amount of food. The problem with sea snails is that they need enough plant matter to function, yet if you give them too much food, they will pollute the tank’s water.

In most cases, pet lovers keep herbivore sea snails. You can put algae on the tank’s walls mimicking the natural environment. Alternatively, you can place algae wafers. According to biologists, pet owners should give their snails as much food they can eat in three minutes. Do this twice a day.

A good way to test if the snail ate enough is to provide additional food. If the animal doesn’t even touch the supplemental algae in the next two days, you’re probably feeding it too much. However, this might also indicate that the pet doesn’t like it. So, you can try something else.

Although very timid, certain subspecies are ruthless with their prey. They are one of the rare hermaphrodite animals. Here are some interesting facts about sea snails:

Sea snails are a very diverse aquatic family. Most of them eat plants, but there are a few predatory species. Depending on the type of snail, they may or may not have teeth. The animal is very slow and has a unique reproduction method.

In theory, you can even keep them in an aquarium. But you need to be careful about the species as some can pose a danger for other animals.