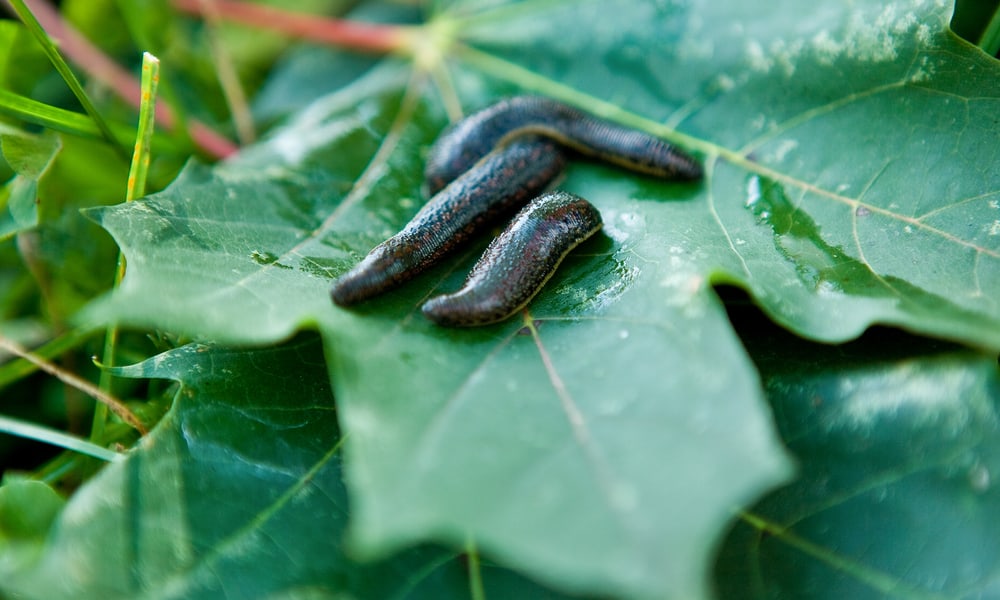 Unlike what most people think, leeches are not a species of their own. Instead, they are a type of parasitic worm that attaches themselves to other animals and even humans. Their whole bodies are made of muscles, and they are fairly mobile with a strong grip.

In this article, we will talk about what do leeches eat and review other interesting biological traits. 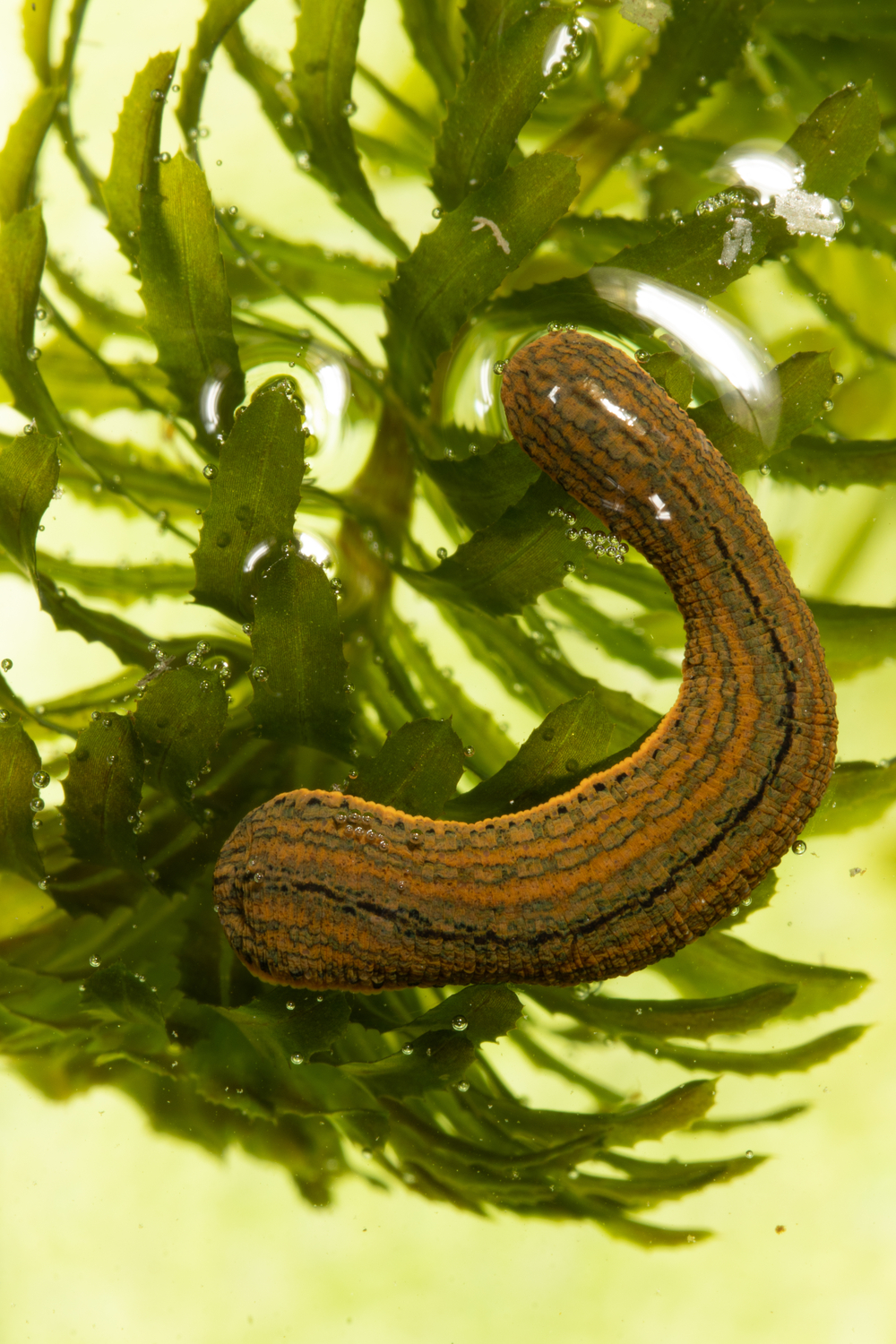 Individuals belonging to this species are very similar to each other. In that sense, they are different from most annelid animals. The species have coelom with four longitudinal channels. The inside of their bodies has strong dermis tissue, which isolates specific organs and prevents them from damaging each other.

The animal’s body has an epidermis, cuticle, and a layer of connective tissue. Leeches are very flexible due to their potent diagonal muscles that envelop circular and longitudinal muscles and reinforce them. Almost all species have a sucker on the front and end of their bodies, but some primitive leeches only have one in the back.

The species reproduces like all other hermaphrodites. They have both sets of organs, but male sexual tissue will be formed first. When two animals copulate, they do so by connecting one animal’s anterior end with another individual’s posterior end. The penis will ejaculate the spermatophore into the female organ, which will then be stored in the vagina.

Here are some interesting habits that leeches exhibit:

What do leeches eat in the wild? 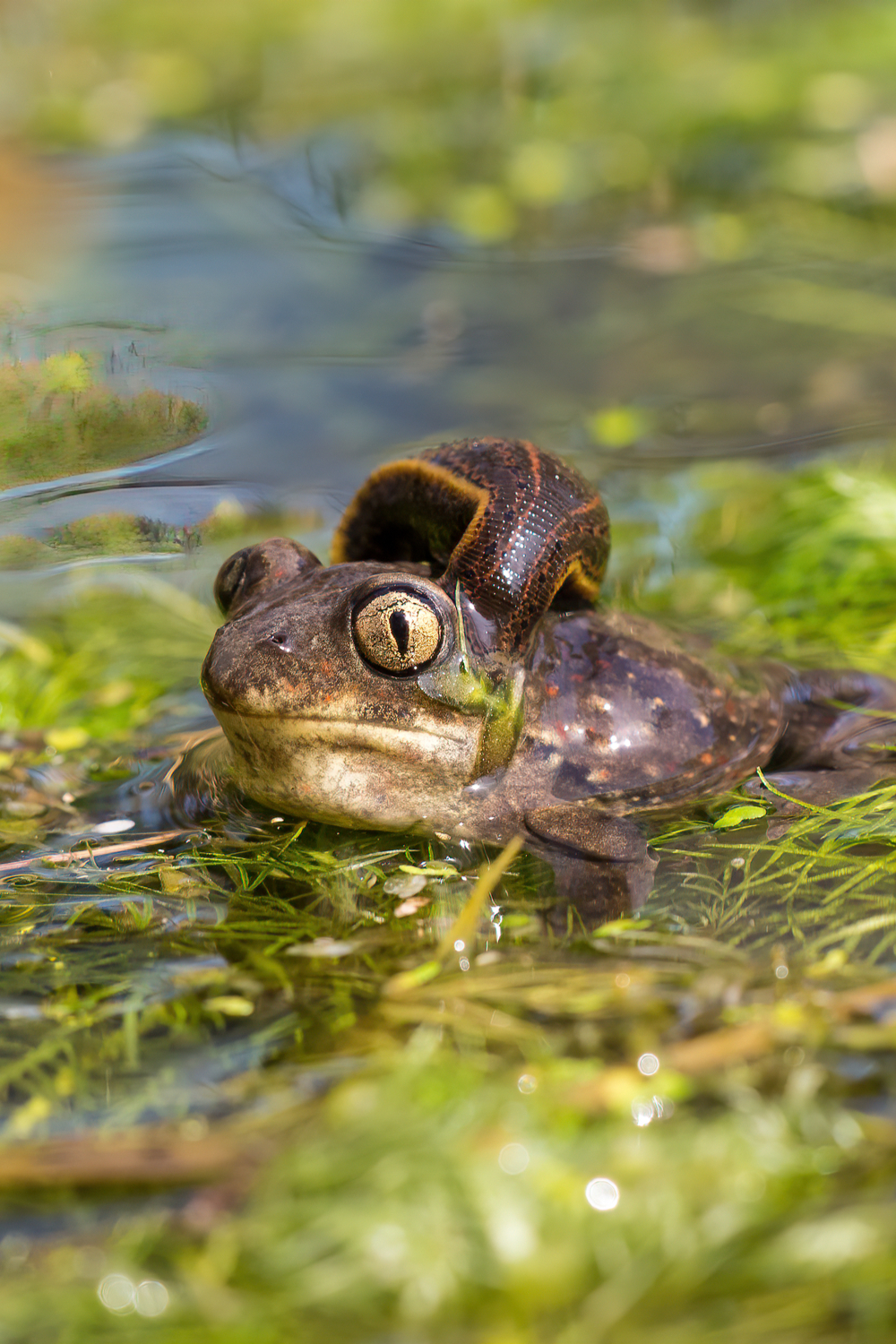 The majority of leeches suck blood, and biologists categorize them as parasitic species. But there are also those that eat prey whole. They are very selective when choosing targets. Still, if food is scarce, they will try to get blood from animals they wouldn’t otherwise attach to.

Depending on leech subspecies, they can feed on various mammals, fish, humans, birds, etc. In some cases, they will take food from other leeches that have died during an attack. After eating several times its weight, the animal will detach from its target and go to some dark, covered spot where it will process food. The whole digestion process is very slow, and it can last for months. As such, the species doesn’t have to eat all the time.

If we were to generalize, here are all the things they eat:

The animal can feed in various ways depending on its species. For example, one group of leeches have jaws with very sharp teeth allowing them to bite their prey. In addition, the animal synthesizes unique secretion, which it injects into the host’s body, thus preventing clotting. That way, they can suck blood for a long period.

Unlike the first category, the second type of leeches doesn’t have jaws. Instead, they utilize a specific type of needle to sting their host. Once they do so, they will inject them with enzyme hematin that allows the dissolution of blood clots. These subspecies usually attack smaller animals such as snails and worms.

Lastly, we have leeches without jaws or teeth that feed by swallowing other animals.

Leeches can easily and quickly analyze their surroundings. By fully extending their bodies, they can better feel the motion around them. Once they feel disturbance from a potential host, they will start crawling and sucking the ground. They will continue doing so until their sucker feels meat. Such behavior is much more common for aquatic subspecies, while land leeches usually attach to their hosts by accident. 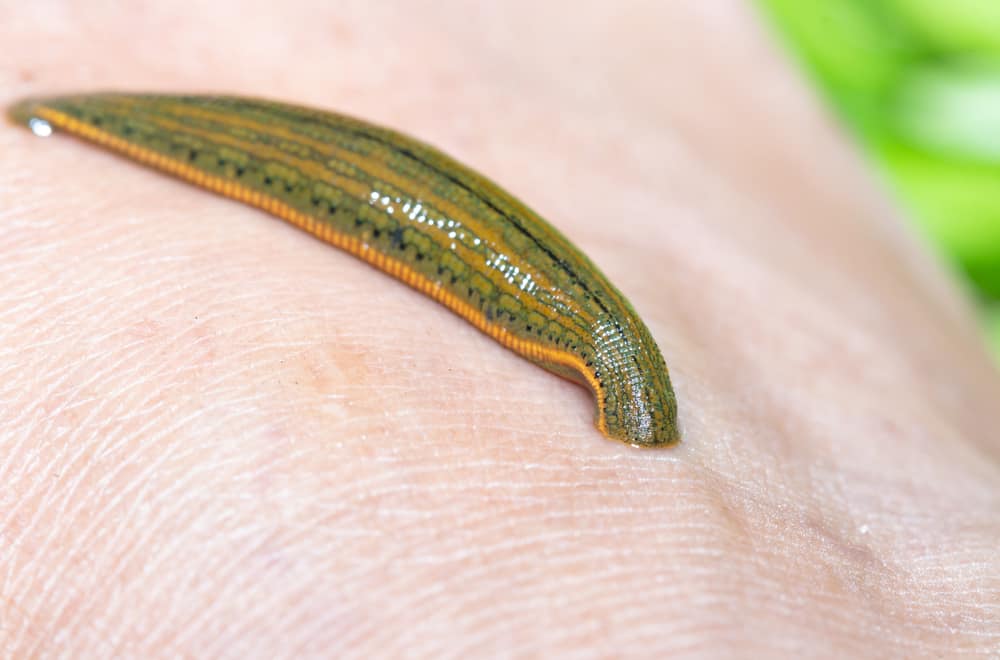 When talking about parasitic animals, the first thing most people think of is leeches. This species has lots of interesting characteristics. Here are some very interesting facts about the animal:

Most people associate leeches with medieval medicine. However, we were using these animals for healing long before that. Even today, there are some attempts to utilize leeches for the treatment of severely wounded people.

As you probably know, these animals feed by sucking blood off of animals and humans. But certain species eat meat. They have strong suckers that can swallow small insects whole.

Leeches are hermaphrodites. Each one of them has male and female sex organs. They will be active at different times in their lives so the same individual can perform the duty of a female and a male in their lifetime.