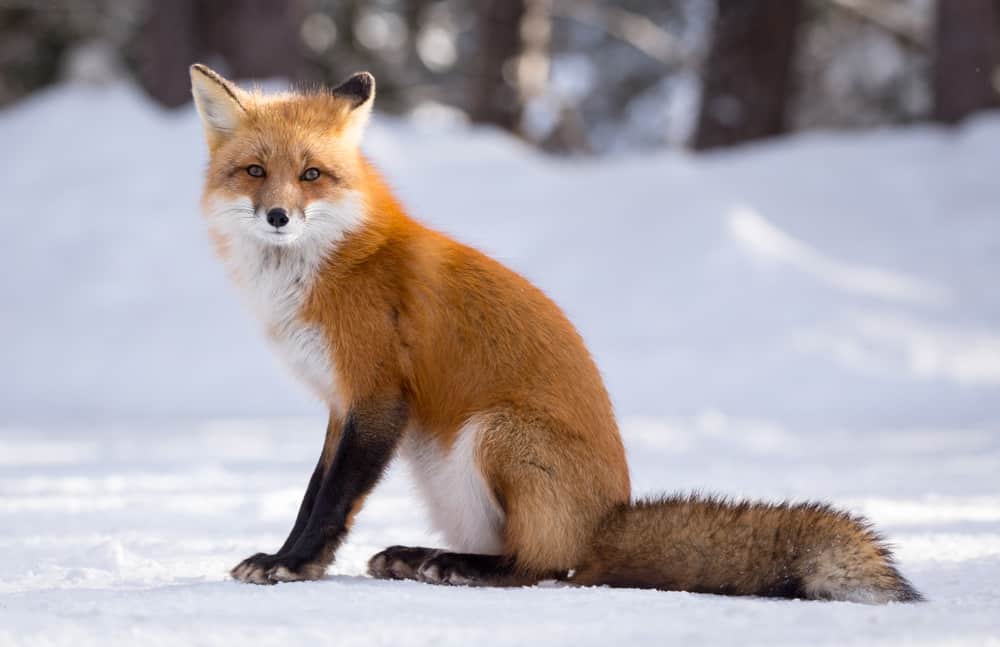 The symbolism of the fox is generally tied to cleverness and being mischievous.

These are traits that have been long found to represent the cute red little creature. Fox can be found all across the globe, and as a result of this, they have continued to make their appearance across multiple cultures and are featured heavily in folktales and other mythology.

In many cultures, the fox is a symbol of cleverness and wit, often symbolizing someone who is quick on their feet and knows how to work the minds of others to get what they want. 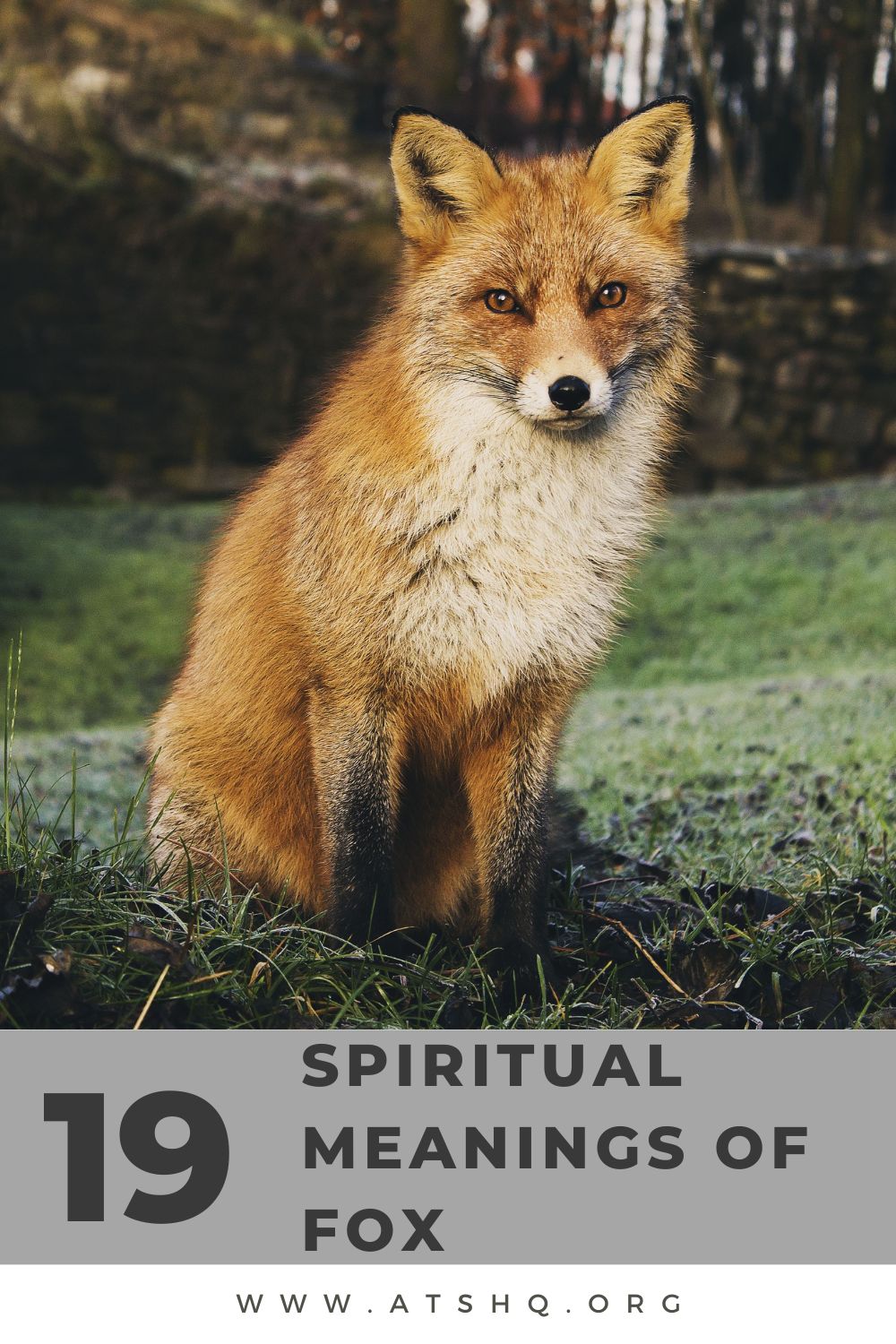 Symbolisation of the Fox

For centuries people have passed down knowledge and lessons of life through stories, and we have always used our circumstances and the creatures that we found within them to represent different traits. The fox has very much been a product of this, in many cultures. The symbolism of the fox in both dreams and waking lives has a lot of meaning attached to it, due to its ability to exist in every climate. However, the interpretation and symbolism of fox encounters change depending on where you go!

1. Fox as a Symbol of Mischief

The most well-known trait that symbolizes the red fox is probably mischief. The fox is often meant to symbolize the trickster. Fox symbolism is well tied to playfulness and the mischief that is sometimes necessary in life to quicker pass by the harder times. This symbolization of the fox reminds you to stay young and playful at heart, and that it’s okay to play a trick every once in a while to keep things light-hearted.

2. Fox as a Symbol of Independence

The fox is a symbol of independence. This is strongly tied to the way they prefer to live in the wild. Although they belong to the canine family, which has proven to mostly enjoy living in packs, the fox appreciates its alone time.

Fox symbolism can therefore be a direct correlation to enjoying time with your loved ones, but also have a need and love for independence, to discover and grow at your own pace. The fox symbolizes having the drive to grow into your own without the constant guidance and opinions of others.

3. Fox as a Symbol of Cleverness

The fox is often depicted as a clever creature. Its role in many folktales is to outsmart its opponents and scheme its way towards the goals they have.

The symbol of the fox is tied to being witty and quick on your feet. The fox symbolizes being unafraid to use the people around you to achieve your goals but also being extremely adaptable and quick-minded in fast-paced situations. You can always count on the fox to get its own way.

4. Fox as a Symbol of Beauty

The fox symbolizes beauty, this is commonly found in the way we describe people, giving them the title “foxy” when we believe they exude a certain sensuality about them. The symbol of the fox is sensual and seducing. It represents a mix of innocence and sexual energy that many people find alluring. The female fox, also known as the vixen, is often the focal point of this symbolism. For many years, fox fur has been used as a status of wealth and beauty, and the symbolism of the fox and its representation of beauty has carried on, sometimes to the detriment of the animal itself.

5. Fox as a Symbol of Protection

Many cultures consider the fox to be a symbol of protection. This is due to its clever and quick-paced nature. The fox is likely to stay out of trouble unless it means to cause it. And the symbol of the fox has been seen as a protective spirit in many cultures and is thought to have the ability to keep evil spirits away. Its protectiveness is most notable when it comes to its loved ones, and so carrying the symbol of the fox, in many cultures, offers this same ferocious protection to yourself and those you love.

6. Fox as a Symbol of Good Luck

The symbol of the fox is attached to good luck. Many cultures credit this to the animals’ versatility.

Its ability to adapt to most environments has served it greatly when it comes to raising its odds of survival, and thus, it has become the symbol of good luck. 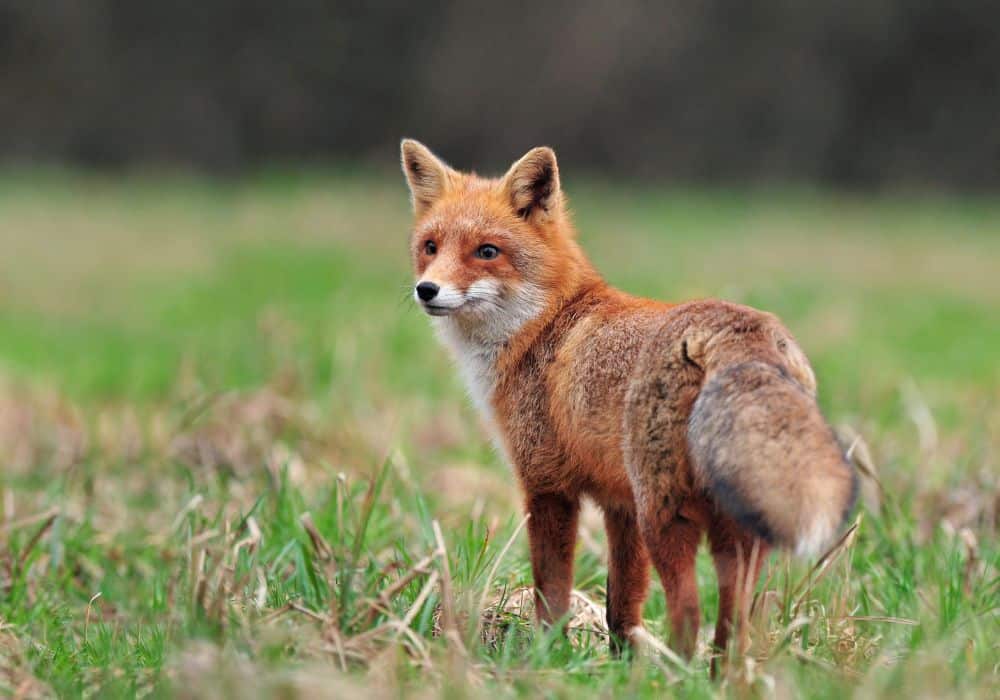 1. What does it mean to dream about a fox?

A symbol of being content. Having a peaceful dream involving a fox can often symbolize peace in your own life. Dreaming about a fox can be a sign that you are content with yourself, and that you are happy with where you are in your life at this moment. Here, the fox symbolizes a great spiritual achievement for you, all is well.

2. What does it mean to dream about chasing a fox?

A symbol of anxiety and worry. Although the calm fox was a good sign, dreaming about chasing a fox is very different. This dream can symbolize your anxious feelings in your waking life. There might be a situation that you are finding great concern with. Here the fox can symbolize two different things. Some cultures think that the fox is there to serve as the personification of your anxiety, that it is egging you on, tricking you to chase it, and keeping you concerned.

While other cultures may agree that the fox has appeared as a spirit guide, urging you to follow it and leading you towards a solution. Either way, both of these interpretations suggest that the fox symbolizes anxiety.

3. What does it mean to dream about a playful fox?

A symbol of deception. The playful fox symbolizes deception. It is a tactic often used by the animal in the wild during its hunt to trick the prey.

Dreaming about a playful fox can symbolize that someone is trying to deceive you and that the way they are presenting themselves is in an attempt to trick you. Beware of new people in your life, but also keep an eye on longtime friends, as they are not an exception when it comes to deceit.

4. What does it mean to dream about a fox tail?

5. What does it mean to dream about multiple foxes?

A symbol of your destined path. A group of foxes is a rare sight, especially in nature as the fox family likes to hide and stay out of sight.

But in this context, the fox dream symbolizes a guiding event that will set you on the right path. The fox family is here to take you on your destined path so that you can journey further into who you are supposed to be. Here, the fox symbolizes the road to your higher self. 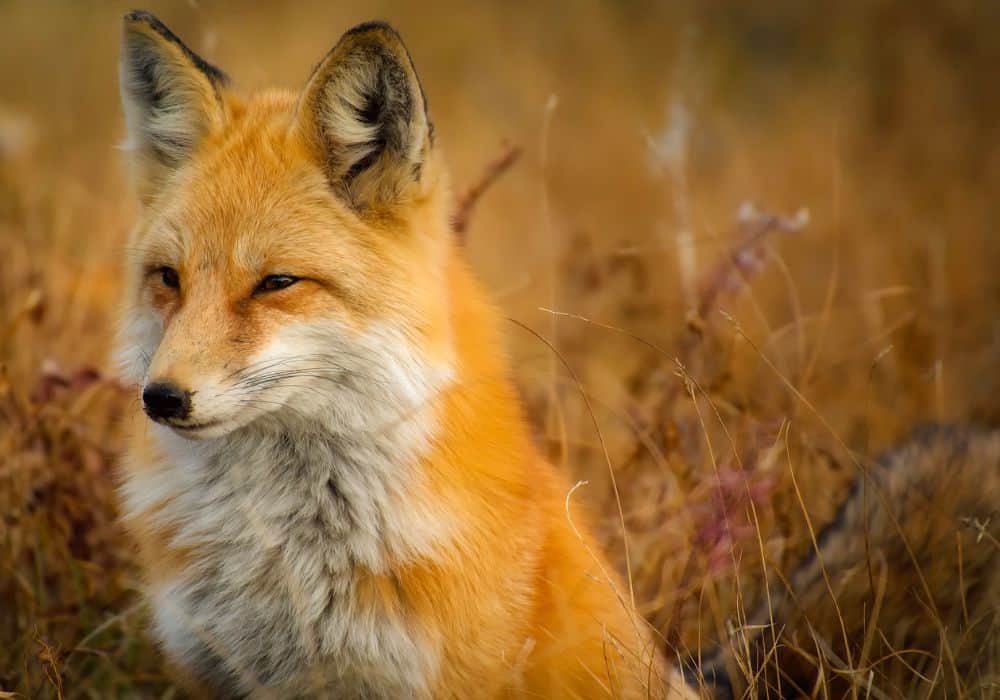 Fox symbolism has certain different angles in Native American tribes, although the majority agrees on most of the traits attached to the fox. The fox has a benevolent spirit, and means well, although its methods of achieving what it wants can sometimes be seen as less than so. Certain tribes also have fox clans, one example being the Hopi tribe. Fox symbolism in Native American culture was tied to slyness, keenness, and sometimes even intelligence and wisdom. The fox would present itself as a guide for people who possessed a great deal of motivation.  The symbol of the fox represents achievement no matter the cost, and the motivation to do what needs to be done is all that is needed.

Fox symbolism in China is tied to many different stories. Ancient Chinese folklore speaks of the belief that foxes were once human, whose spirits transferred into the body of the animal. In many Chinese cultures, they are often symbols of communication and are thought to be a messenger for both ancestors and spirits.

Japan has a rather positive look at the symbols of the fox. It is often symbolic of good fortune, a carrier of luck, and a creature with high intelligence. The fox is also a symbol of possessing great cunningness in Japanese folklore. This trait is well respected in certain fields, as it may lead to the possibility of more opportunities and being able to achieve your goals regardless of the obstacles. The Japanese also closely relate the fox to the rain spirit, and the god of rice, Inari.

Christianity has not been kind to the fox. The fox symbolizes deception and destruction. In the bible, it is often painted as a sly creature that serves as a bringer of temptation, passion and sin.

African symbolism speaks of the fox as a very adaptable creature and a guide that usually serves as a warning.

The symbol of the fox has been rewarded with intelligence, strategy, agility, determination, and trickery in many African cultures. The sudden appearance of the fox symbolizes danger and harm, but can also be looked at as carrying a warning of these things; guiding the person who it appeared to prepare in effort to avoid these dangers. 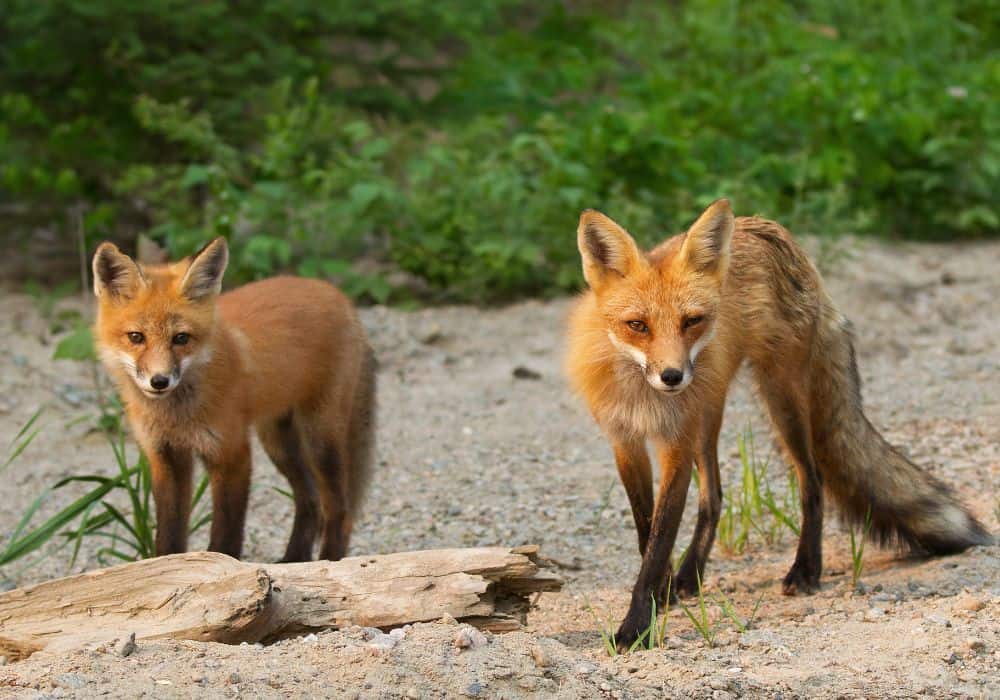 The fox as your spirit animal

The true meaning of a spirit animal refers to certain spiritual traditions and/or cultures. A spirit animal is often seen as a guide or protector who is meant to lead a person on their spiritual journey into becoming the most fulfilled version of themselves. Usually, a spirit animal shares or embodies traits with the person it is tied to.

1. Fox as a Symbol to Remember to be Resourceful

The symbol of the fox has a long standing attachment to resourcefulness in many cultures. This should serve as a reminder for you to build upon this already natural skill that you have. No one is better at using their circumstances and the environment around them to get what they want than the fox.

2. Fox as a Symbol of You Possessing a Quick-witted Personality

This is one of the more charming traits of the fox. being quick-witted, just like the fox provides you with great charm, and makes people gravitate towards you naturally. This trait is a great symbol of the fox and speaks to your adaptability and likability wherever you may find yourself.

3. Fox as a Symbol of Embracing Your Playfulness

The fox symbolizes playfulness and being a trickster. This childlike trait can be well cherished when the timing is fitting. The fox spirit animal serves as a reminder to keep your humor close to your heart and remain joyful in gloomy moments. Don’t take yourself so seriously all the time!

4. Fox as a Symbol of Cunningness That Can be Valuable

The cunningness of the fox is a trait with many different opinions.

The fox symbol is closely tied to being cunning. This trait can sometimes get a very bad rep, but if you can apply these tactics for the greater good, then you could make very valuable changes to your life and the life of others. Mostly, the cunning trait of the fox symbolizes a great deal of motivation, skill, and the willingness to reach your goals.

The fox is an animal with many meanings and can be found to represent everything from quick wit and playfulness to purity and nobility. It is a strong symbol in many cultures, and its meaning still lingers in the stories we tell each new generation.