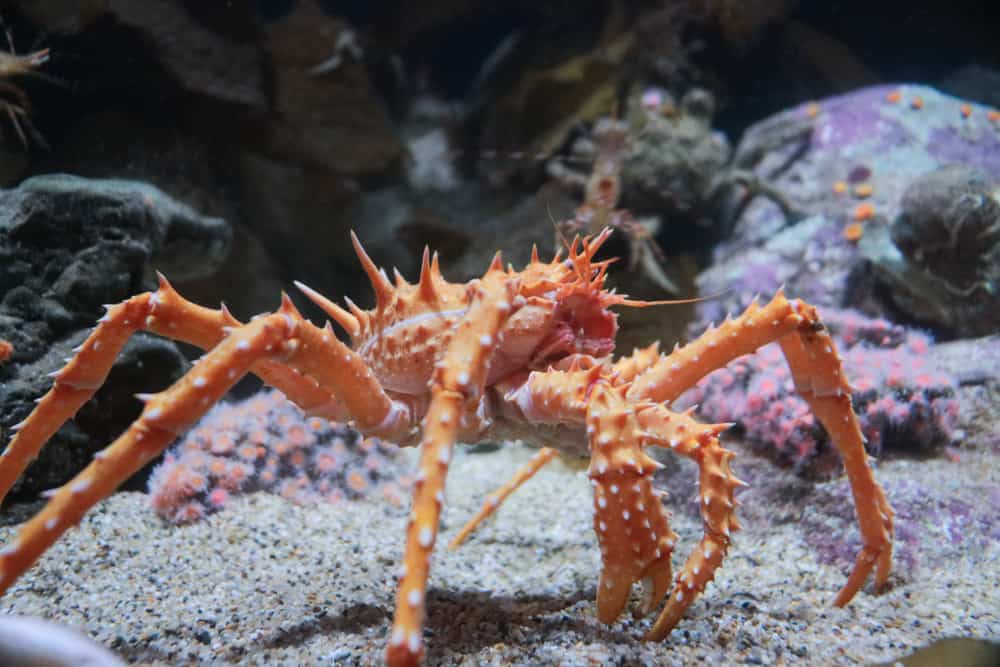 Extremely common in the sea as well as vital for its ecosystem, crustaceans are as awesome as they are varied. This large class of animals contains anything from the miniature Mystacocarids to the giant Japanese spider crab. But what do crustaceans eat?

Naturally, given the huge variety of crustacean species, we can also find all kinds of diets and feeding habits among them. They are generally described as omnivores but individual crustacean species can be carnivore predators, others – herbivores, while many are strictly scavengers.

Crustaceans are one of the big groups of the phylum Arthropoda and are inarguably the most diverse out of all of them. With over 52,000 crustacean species in this family, it’s the third largest animal category in the world after insects (over 1 million species) and vertebrates (about 54,000 species).

What’s fantastic about crustaceans, however, isn’t just how numerous they are but rather – how diverse. Ranging from anywhere between 0.004 inches (0.01 cm) and 12 feet (366 cm) in size or 44 pounds (20 kg), crustaceans can be found anywhere from the Arctic to the Antarctic, in tropical or freezing waters, saltwater, freshwater, groundwater, or even on land, and as high as the Himalayas or as deep underwater as 16,000 feet (5 km) below sea level.

Given all that, it’s no wonder why crustaceans are often called “the insects of the ocean”. Besides, the two groups are not all that dissimilar as both are members of the Arthropoda phylum. These arthropods do look decisively different, however, and are often much larger than most insects. 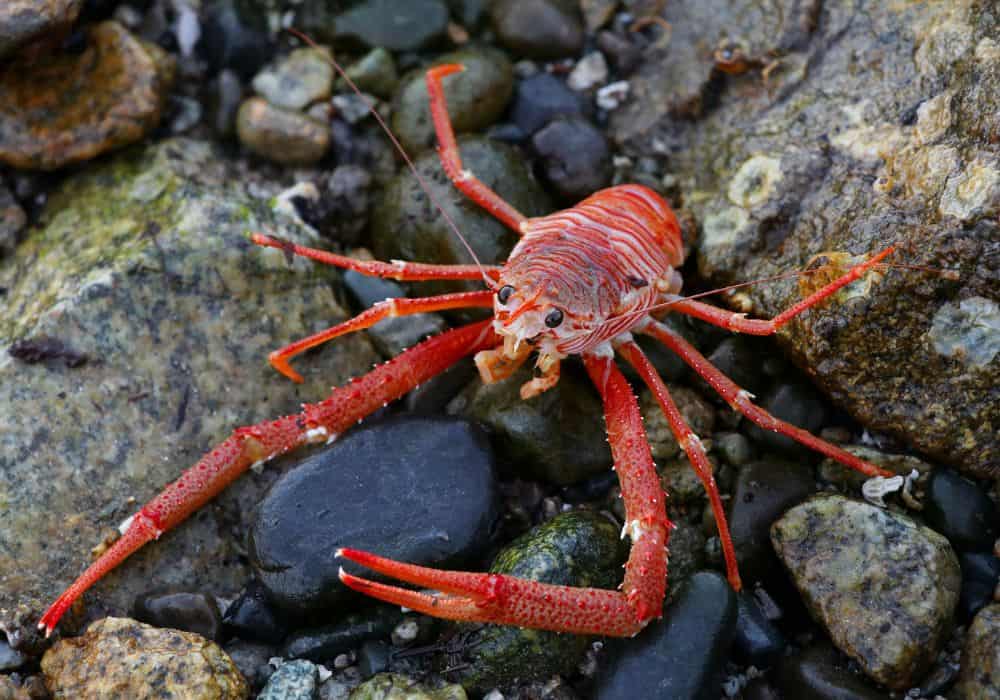 Regardless of whether they are large or tiny creatures, all crustaceans share a few key physical characteristics: 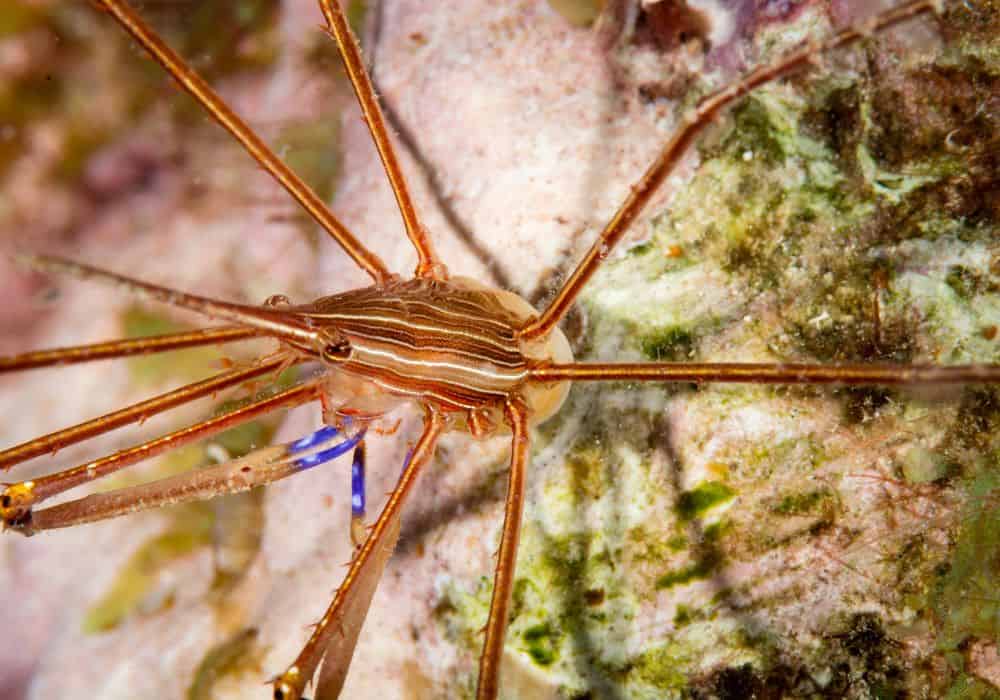 As mentioned above, crustaceans can be found all across the planet, however, most call the ocean their home. Even just in the ocean, however, the exact habitat of crustacean species can vary greatly. Some crustaceans such as barnacles are sessile, meaning that they live stationary and never move to a different location. They often use pieces of the reef as hosts and spend their whole lives there.

Many other crustaceans such as the blue crab, hermit crabs, prawns, and shrimp – the animals people most often think of when they hear about crustaceans – live hidden in crevices every day and they scour the ocean floor for food every night.

There are also crustaceans such as the krill who spent their whole lives swimming near the ocean’s surface, not just in their larval state. These animals are small, pinkish in color, and resemble small shrimps. They swim freely through most oceans on the planet and are a very core part of the entire ocean’s ecosystem.

And then there are also some land crustaceans such as woodlice and certain crabs.

The over fifty thousand species of crustaceans on the planet are typically divided into seven or eight classes. According to the World Register of Marine Species (WoRMS), those are the following seven:

What do crustaceans eat? 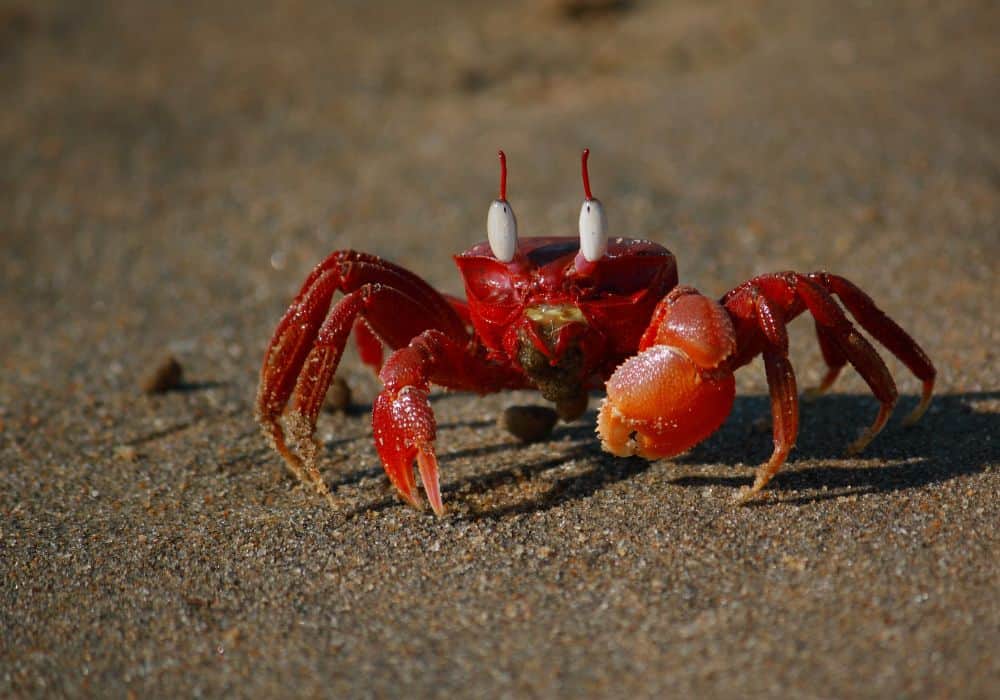 Many crustaceans are omnivore scavengers and they effectively function as the vultures of the sea – swimming or crawling around, looking for any and all organic matter leftover from larger predators they can just consume. In doing so, they effectively clean the water, ocean floor, and reefs of such scraps and leave them in a better condition.

Some crustacean scavengers don’t even swim around to feed. Barnacles stay stationary on reefs and use their hairy legs to just filter any zooplankton (animal-based) or phytoplankton (plant-based) that pass through the water near them.

And, yes, as tiny crustaceans and the crustacean Nauplius larvae are also often found in zooplankton, such scavengers are effectively feeding on other crustaceans.

What’s more, many predatory crustaceans such as large crabs and lobsters will often hunt and feed on other large crustaceans they can catch. Molting crustaceans are especially easy prey for others of their own kind as they are weakened and with a soft exoskeleton shell.

Of course, such crustacean predators also feed on all kinds of other prey they can catch with their pincers such as clams, mussels, snails, worms, countless species of fish, sea urchins, and others, but smaller crabs remain a big part of their diet nevertheless.

Then there are woodlice, the odd one out – as a land crustacean, these isopod crustaceans feed on plant matter, which makes them entirely herbivores. Many sea-based crustaceans are also strictly herbivores, not only the barnacles feeding on phytoplankton – even crustaceans such as crayfish, many crabs, and even lobsters can eat seaweed or corals while smaller ones can also feed on algae.

What do labs and lobsters eat in captivity? 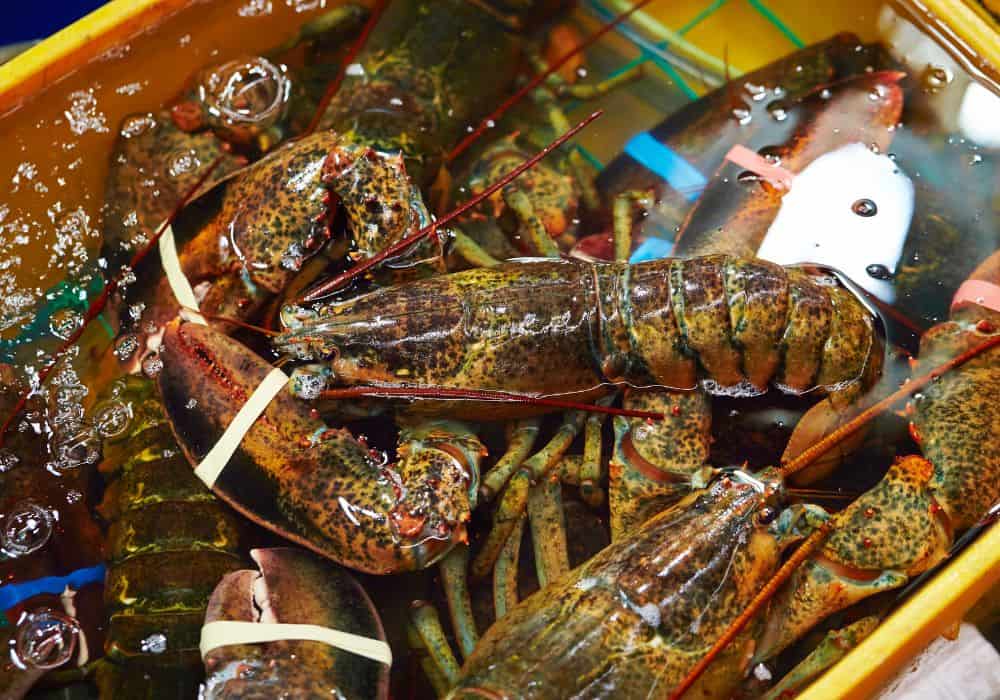 Lobsters in captivity need to be fed their natural diet. This means plenty of fish, clams, worms, mollusks, sea urchins, shrimps, crabs, and even random carrion meat. Some plant matter seaweeds or algae are also welcome. They need to be fed well to remain healthy and to avoid cannibalism if you have multiple lobsters or crabs in the same tank. Even then, lobsters are relatively likely to cannibalize other lobsters out of boredom or sheer opportunism so it’s generally advisable to either:

More or less the same applies to most species of large crabs that are often kept in captivity, although, on average, most crabs need a bit extra plant matter in their mixed diets.

Baby lobsters and crabs will typically eat the same food as their adult versions but in smaller quantities. Molting crustaceans would also usually need extra food to make up for the lost energy during their growth spurt and the forming of a new exoskeleton.

As you can see, crustacean diets are almost as varied as the crustaceans themselves. Most species are omnivore scavengers that will happily consume most things dangled in front of their pincers and mandibles. But there is also quite a bit of specialization with some going for a mostly herbivore diet while others lean toward the predatory side of the food chain.