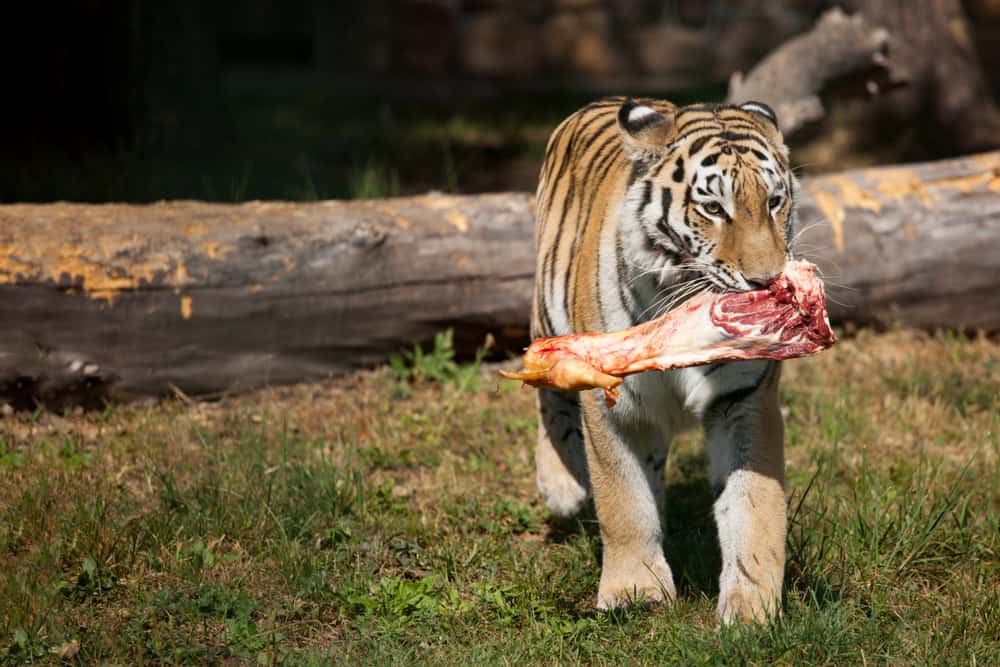 When we talk about carnivore animals, most people get more or less the same image flashing behind their eyes almost immediately – that of a large wild cat or a wolf gnawing on its prey’s slain carcass. And that’s true enough, felines and canines are two of the most quintessential types of carnivores on the planet. Yet, they don’t exhaust the term “carnivore” as these animals are actually incredibly diverse.

So, what do carnivores eat exactly, and what really defines them as such? To find out, let’s take a deeper look at not only the animal order called Carnivora but all animals and even plants and fungi on the planet that can be classified as carnivores.

What Is A Carnivore – A Beginner’s Guide

The term “carnivore” is definite pretty simply – everything that consumes other animals’ flesh for nutrition. This can include everything from lions, tigers, eagles, hawks, eagles, snakes, and whales through fish, many insects, and invertebrates, all the way to some species of carnivorous plants and fungi. There are even plenty of microbes and bacteria that can be characterized as carnivores, depending on their dietary preferences.

What do carnivores eat?

The typical carnivore diet will always include meat but that meat can come in many shapes and forms. Animal flesh is the obvious example but insects are meat too as is zooplankton – the main dietary choice of the largest animal on the planet, the blue whale. Eggs also fall in this category as they contain the flesh of pre-hatched birds or reptiles.

Regardless of which type of carnivore we’re talking about – and we’ll discuss the different types in more detail below – every meat eater is evolved with a specific set of tools to help it catch its prey. For many, this means sharp teeth or claws, for others some form of baiting trick, and there are even those that use stealth to get their protein snack instead of brute force, teeth, and claws.

It’s also worth noting that being a carnivore doesn’t necessarily mean hunting prey – animals that prefer eating eggs are also carnivores as is the case for most snakes. Vultures and other scavengers such as hyenas are also carnivores even though they go almost exclusively after already dead animals. Even many worms fall under this category as they thrive on carcasses.

With all that in mind, the one defining characteristic of all carnivores is that they are a part of the third trophic level of the food web. What exactly does this mean? 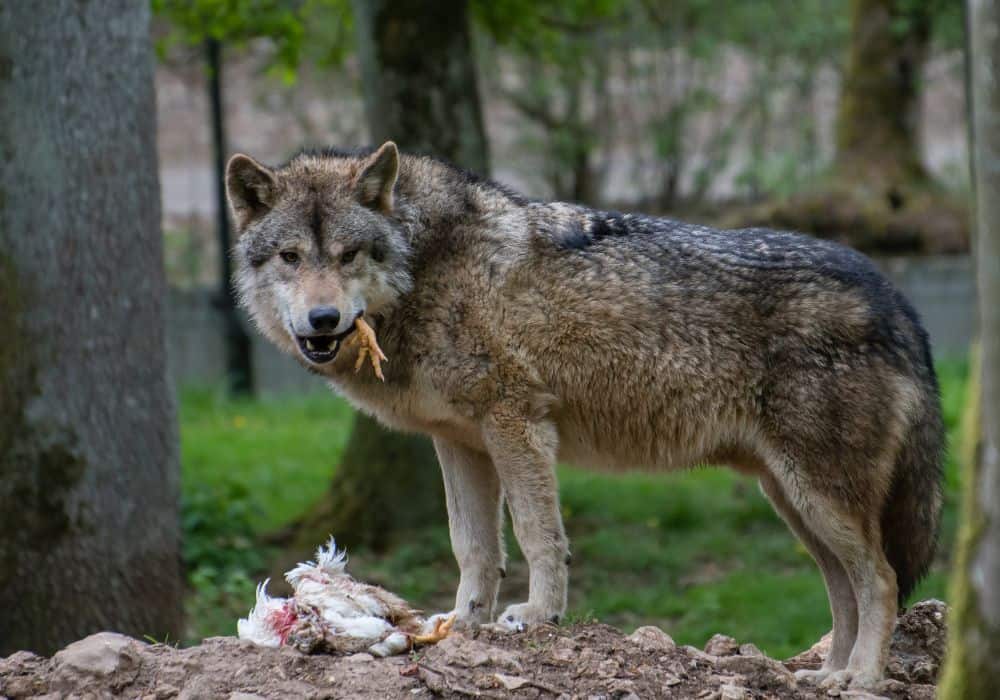 What are trophic levels?

The way scientists categorize the food chains or webs in the animal kingdom is by three trophic levels or categories, also known as “nutritional levels”, meaning a divide based on what each group of animals eats:

This simple distinction covers organisms from the entire animal kingdom and spreads them across all three of these groups, often somewhat unexpectedly. For example, while most plants are autotrophs, there are some carnivore plants which means they are on the third trophic level, yet there are no herbivore (second level) plants.

From all of the above, it’s rather clear that carnivores actually come in various types and subtypes. 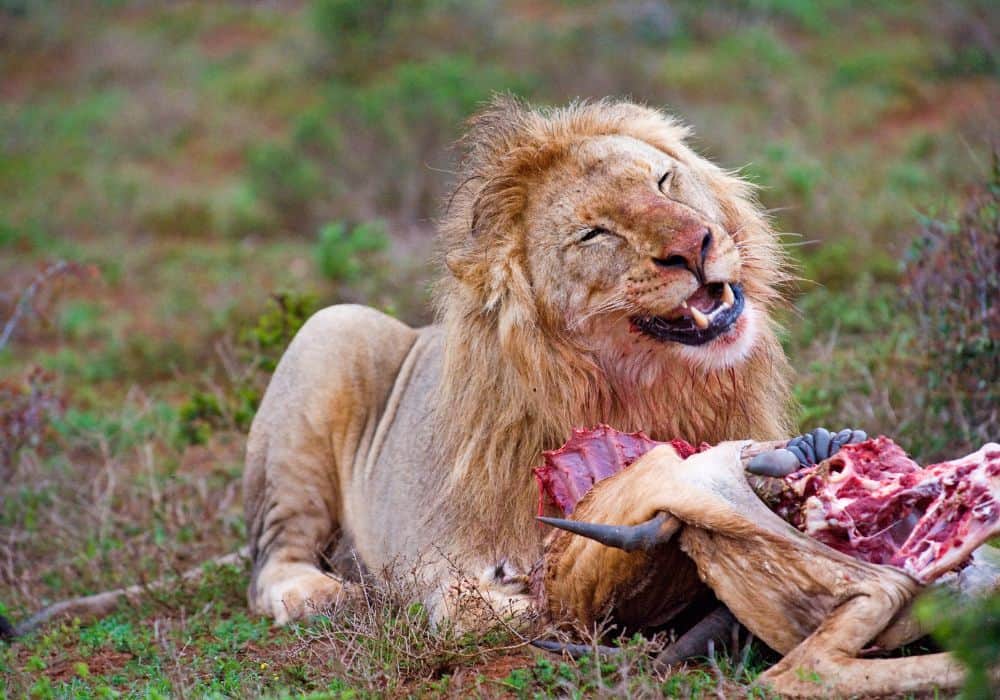 These are all carnivores that depend on meat for 100% of their diet. Such animals cannot properly digest any plant matter and therefore draw little to no nutrients from it nor do they have instincts for consuming plants. Many of the carnivores people imagine when they hear this term fit in this category – most cats, killer whales, polar bears, and so on.

Some obligate carnivores can occasionally nibble on plants or tolerate them if they are mixed with their meat food. For example, house cats can often nibble on cat grass or on some potted house plants, and they can also tolerate small carrot pieces mixed in their food. Such additions can even have some very minor benefits such as helping with the cat’s digestion. However, they are not really nutritious for felines and meat is still absolutely necessary and should comprise 99% to 100% of the cat’s diet. 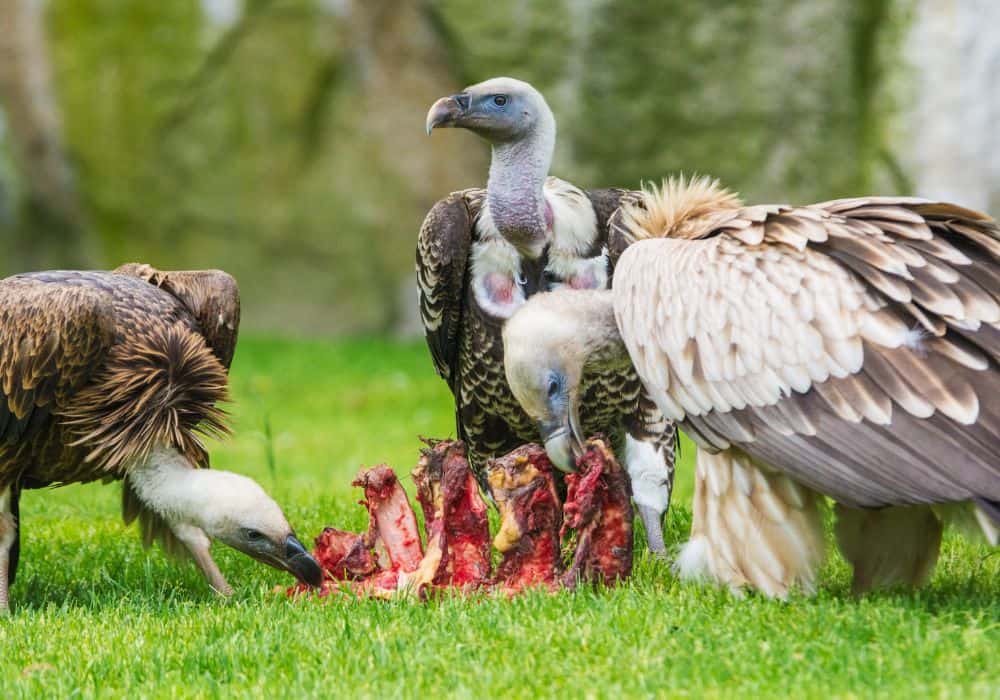 These are all carnivores that need at least 70% of their diet to be meat. Obligate carnivores are technically a sub-type of this carnivore type but we mentioned them separately as there is quite a bit of difference between 70% and 100%. Unlike obligate carnivores, other hypercarnivores can eat plant matter and draw nutrients from them or, at the very least, use them for better digestion.

Other hypercarnivore animals that aren’t obligate carnivores include sea stars, crocodilians, dolphins, most wild canids, raptor birds such as eagles and hawks, vultures, and others.

Canids, or the members of the Canidae family often referred to as dogs, often surprise people with their presence in the hypercarnivore category. Many people – cat owners, one would assume – often say that “dogs are not carnivores like cats, they are omnivores like pigs”. And that’s not really correct.

It is true that dogs aren’t obligate carnivores like most cats but they are indeed hypercarnivores and need about 70% of their diet to be meat. So, while many canines digest plant matter better than cats and benefit from having a bit more of it mixed in their diets, they are still very heavily reliant on meat to lead a healthy and long life. 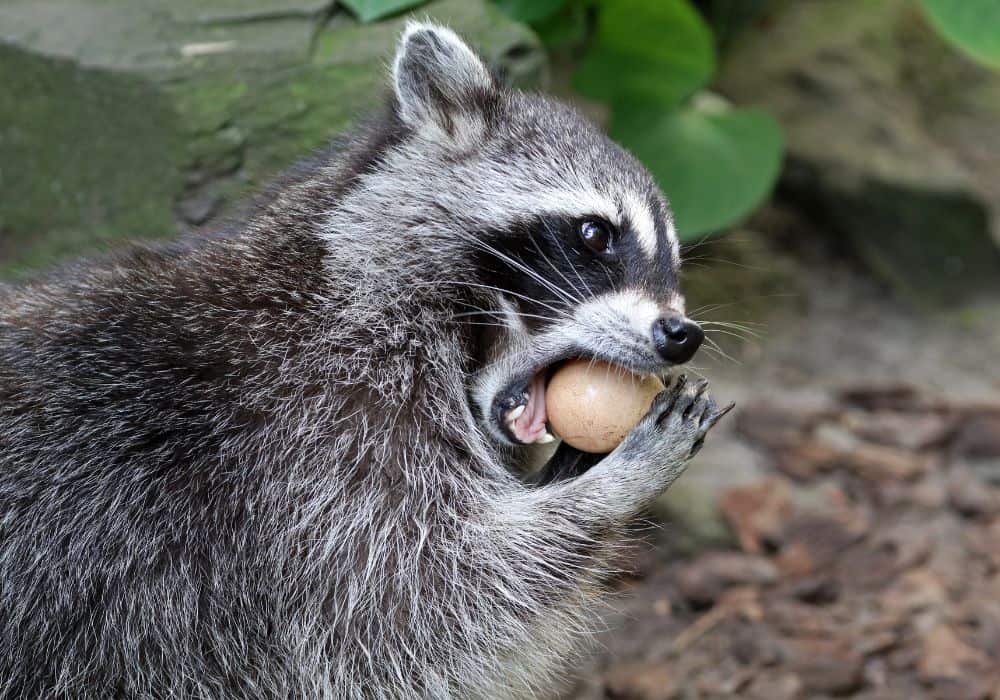 This type of carnivore needs at least 50% of its diet to be meat and the other 50% can be plant matter if need be. A good example of that is most foxes – unlike other canines, foxes can tolerate a more “balanced” diet when need be and will eat fungi, roots, fruits, and vegetables when they can’t find enough meat to sustain themselves.

Other typical mesocarnivores include animals such as river otters, coyotes, raccoons, weasels, skunks, and even some felines such as lynxes and bobcats.

Another point of confusion people have here is what’s the difference between mesocarnivores and omnivores if both can eat meat and plants in a 50/50 ratio? The key distinction here is that mesocarnivores need at least 50% of their diet to be comprised of meat and will happily go well above 50% whenever they can. Omnivores, on the other hand, can go on either a mostly meat diet or a mostly plant diet with little to no issue.

Foxes are a great example – when they can’t find enough prey they will nibble on some roots, fruits, veggies, and fungi to survive but even then they need 50% of their diet to be meat. Whereas humans, as typical omnivores, can go on a 100% plant diet for extended periods of time and survive comfortably (even if some of us would hate the experience). 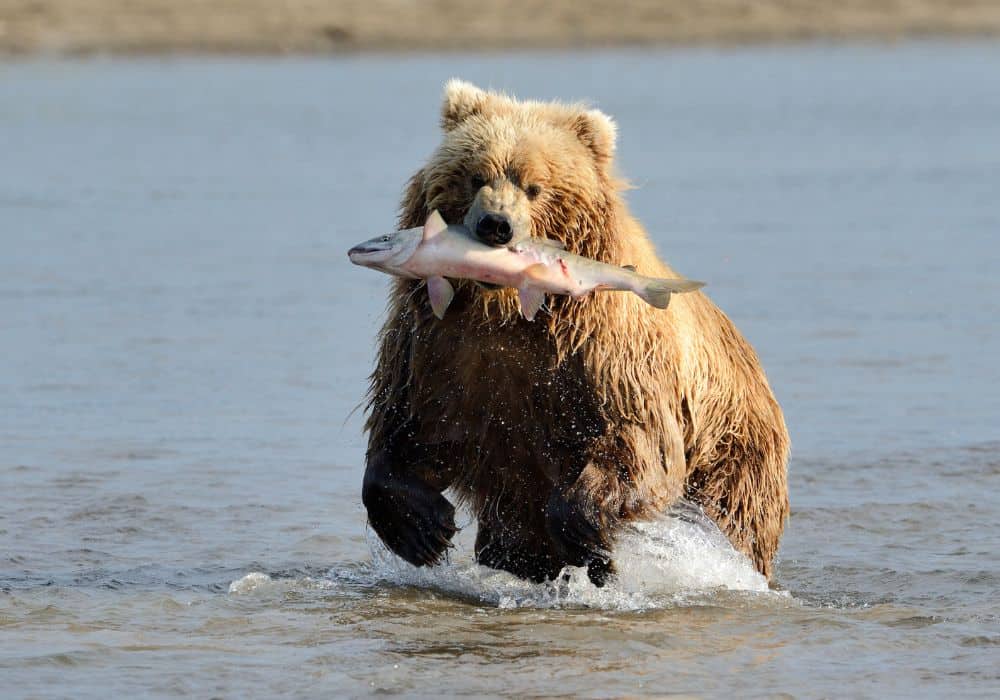 Lastly, there are the hypocarnivores, the third big group after hyper carnivores (plus obligate carnivores), and mesocarnivores. This group can live comfortably with meat comprising as little as 30% of their diet. The most popular example of a hypocarnivore is most species of bears as they will eat meat and fish when they find it but can also make berries, roots, mushrooms, and nuts a good ~70% chunk of their diet.

Hypocarnivores are often considered just omnivores too, however, and in many cases – including many bears – it’s acceptable to merge the two groups together.

Separate carnivores depending on “meat” 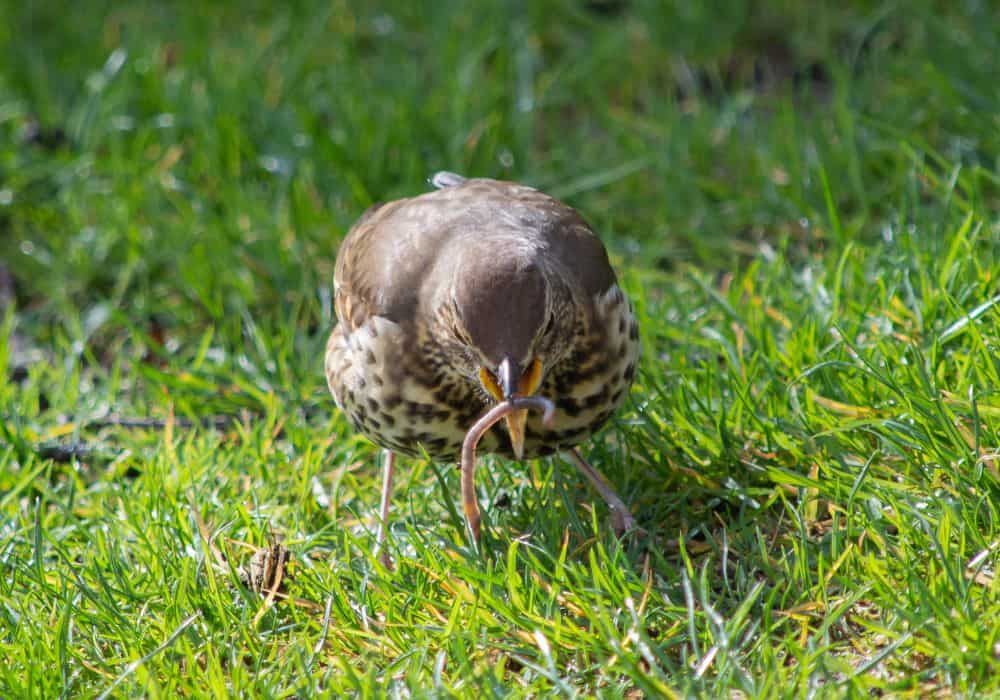 Carnivores can also be separated by subtypes depending on what kind of “meat” they prefer to (or are specialized to) eat. Such animals are often called “specialized carnivores” as they are extra picky about what they eat and are often specifically evolved for that one particular food type. So, this leads to various other carnivore categories such as:

Carnivores – or third trophic level animals – are a group comprised of some of the most well-known animals on the planet. These meat eaters can be found on every continent and in every environment, and they are highly specialized for hunting or scavenging their preferred prey.

At first glance, they can be decried as “unnecessary” or even “harmful” in a food chain. After all, while autotrophic plants and algae produce energy and herbivores consume that energy and then fertilize and nourish the land, carnivores seem like an opportunistic “extra” in the food chain that does more harm than good. That’s far from the case, however.

Carnivores are an absolutely crucial link in any food chain they are a part of as they are what keeps it in balance. By feeding on herbivores, both carnivores and omnivores keep the herbivore population in manageable numbers so that it doesn’t decimate the plant or algae found in said environment. In essence, the third trophic level keeps the second level from destroying the first.

This is why hunting and poaching often need to be heavily controlled in many environments. Humans have the unfortunate habit of exterminating animals of the third trophic level – either for sport or out of fear – which tends to severely disbalance their environment. This happens often when people clean out predators such as wolves or wild cats en mass out of their habitats and then wonder why the elk are suddenly destroying all the trees and plants.