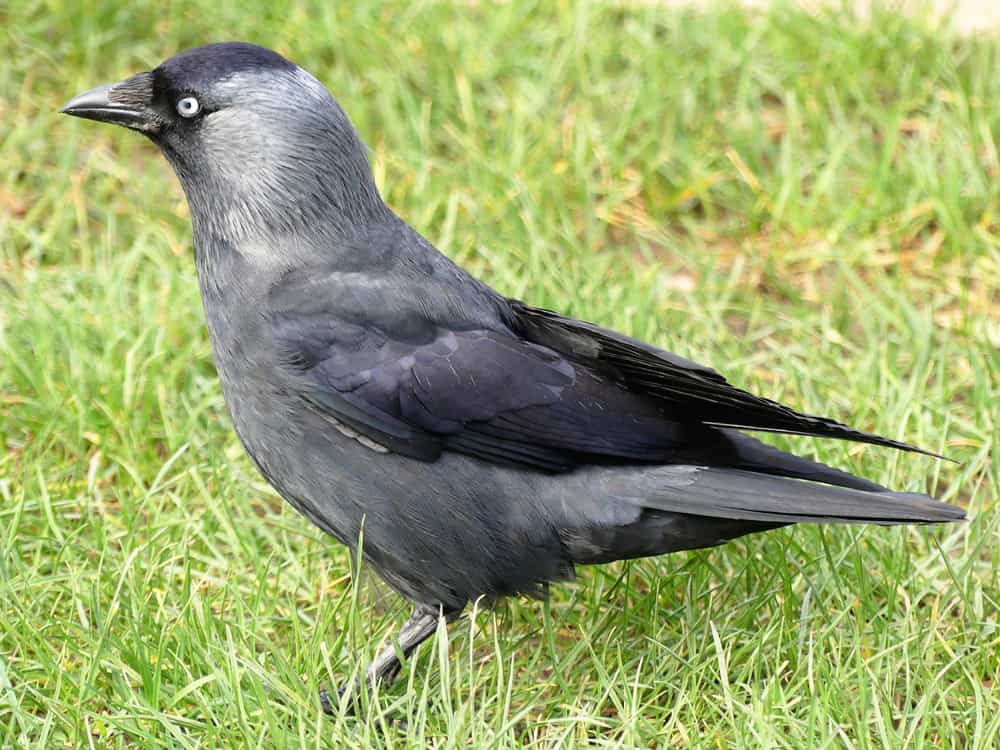 Jackdaws are small birds that can be found almost anywhere in the world. While to most people, they are just your every day, to some cultures around the world, they have a more symbolic and spiritual meaning. These connotations often derive from ancient myths and legends.

In this article, we will examine the different symbolic and spiritual meanings surrounding jackdaws while also looking at how they can make good spirit, totem and power animals. 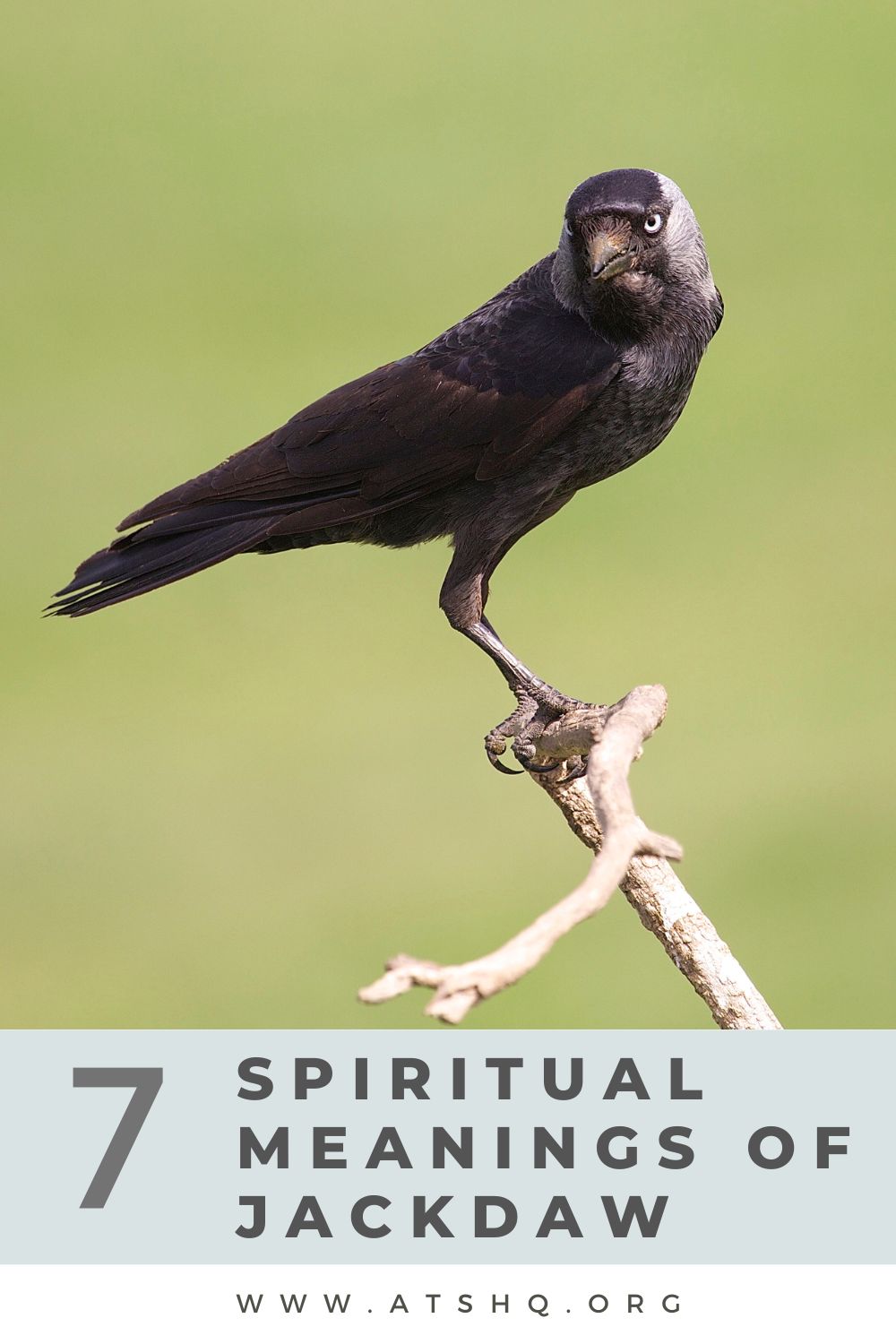 Before we get on to symbolism, it’s essential that we look at the characteristics and traits of these creatures, as these often play a part in how they are symbolized.

There are two species of jackdaws on the planet, and between them, they can be found worldwide. The first type – the Eurasian Jackdaw, is found predominantly in Western Europe and Central Asia. The second type – the Daurian Jackdaw, is located in Eastern Asia.

A jackdaw is easily identified despite not being the most colorful. They are around 13 inches in height and are incredibly lightweight. Their feathers are predominantly dark, but some do have a lighter coating around their head. Another giveaway is their peering eyes on the front of their heads.

While they don’t look like much, don’t let that fool you because they are one of the most intelligent birds on the planet. They are among the few animals in the world that recognize individual human beings, allowing them to create special bonds with us. They have been used throughout time to perform tricks while in captivity.

While they can be kept as pets, they are far more common in the wild, with it being estimated that there are currently as many as 85 million jackdaws worldwide. Their typical habitats include fields, woodlands, and gardens. They are happy to create a nest in just about any cavity they can find, including man-made structures such as chimneys and attics.

Another interesting jackdaw trait is the fact that they typically mate for life with the same partner. They will mate between April and July before the female lays between 4-6 eggs, hatching at different intervals. During their infancy, the male is responsible for going out and hunting for food for the whole family, but if food is hard to come by then the final few chicks are sadly left to die.

In terms of hunting, jackdaws aren’t particularly fussy. They are omnivores and are mainly attracted to things like seeds and fruits. When it comes to eating other animals, they target small insects, spiders, snails, slugs, and flies. They are well known as scavengers, so keep an eye on your food waste bin!

Jackdaw symbolism across the world 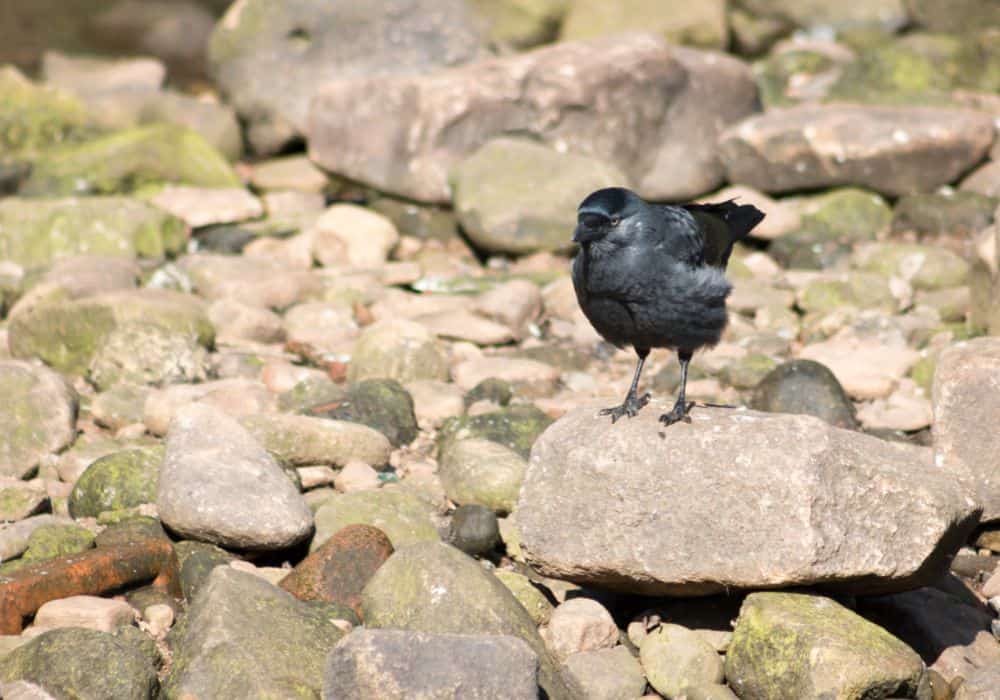 Now that you know the characteristics of a jackdaw, you may well understand the following symbolism better. They are viewed differently depending on which culture we are talking about, but you may spot a few common themes throughout.

Jackdaws feature heavily in various Ancient Greek myths and legends, displaying their symbolic importance to this culture. Although these animals are clearly intelligent, they are depicted in a negative light in much of Greek mythology.

In one story, Princess Arne of the Siphnos accepts a bribe from a king to betray the people of Siphnos. After this betrayal, Siphnos is conquered by the king’s army, and as a result, she is punished by the Gods for her actions. As her punishment, she is transformed into a jackdaw, forever cursed to chase after gold, symbolizing the greed she displayed in the first place.

In another story, a jackdaw flies over a king’s garden and spots some peacocks. The jackdaw is jealous of the peacock’s dazzling feathers, so he goes about gathering some of their feathers to attach to himself and tries to befriend the peacocks.

However, the peacocks smell a rat and chase the jackdaw off the premises, where he returns to his own kind. However, the other jackdaws then reject him as well, after taking offense to his actions. Due to this story, jackdaws are used as a reminder to never be ashamed of who you are.

The final tale from Ancient Greek folklore worth telling is about a jackdaw that forgets how big it is. In the story, a jackdaw watches as an eagle dives down from the sky and swoops up a lamb to eat. After watching on in amazement, the jackdaw tries to imitate the eagle and goes for one of the biggest lambs in the field.

As the jackdaw attempts to swoop up the lamb, it is saddened when the lamb barely flinches. After a few minutes of trying, the jackdaw gets caught up in the lamb’s wool. Eventually, a shepherd comes out and removes the jackdaw from the wool, but instead of letting it fly off, he keeps it as a pet for his kids. This story symbolizes the importance of not comparing yourself to others and the dangers of envy.

Native Americans view jackdaws in the same way as they view other corvids, such as crows, magpies, and ravens. They are treated like magical beings due to their enhanced intelligence, and they are used as clan animals by several Native American tribes.

Some Native American myths depict corvids as bringing fire to humankind. In one story, a crow sacrifices itself, which results in its feathers turning black. As a result, many Native Americans associate corvids such as jackdaws with selflessness.

In Celtic cultures, jackdaws are associated with the Celtic Goddess, Morrigan. This particular Goddess takes the form of a corvid and is associated with the supernatural, magic, and fate. In Celtic folklore, Morrigan often appears in stories where she manipulates events to reach their conclusions.

Additionally, in modern Celtic and Christian cultures, jackdaws are seen as holy birds because they regularly set up nests in church towers. Due to this, many people see them as protectors of the church and enemies of satan.

How to interpret a jackdaw encounter? 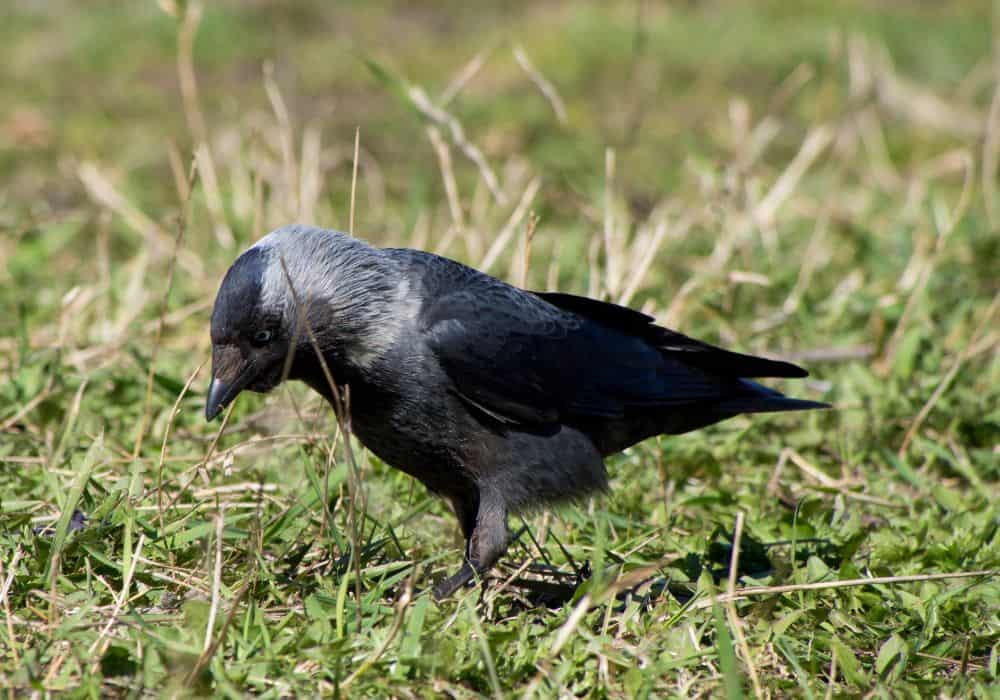 Now that you know their symbolic importance through different cultures, it’s now time to consider the significance of a jackdaw encounter.

When you encounter a jackdaw, it can mean a whole host of things. Firstly, you should consider it a sign to use your creative side more. As we’ve seen, jackdaws are intelligent creatures that are full of character and personality. Perhaps you’ve lost sight of your own personality, and an encounter with a jackdaw could be used as inspiration to regain that side of you.

Another consideration should be to look at the negative symbolism around jackdaws, such as envy and not comparing yourself to others. Maybe you’ve been guilty of feeling unnecessarily jealous of someone or comparing yourself to others. These are usually things that happen when you use social media too much, so perhaps a break from that could be your response to encountering a jackdaw.

These encounters don’t have to take place in real life, either. You should also take spirit from a jackdaw visiting you in your dreams.

The jackdaw totem animal will also ensure that you don’t take people for granted and that you become aware of those who are untrustworthy. 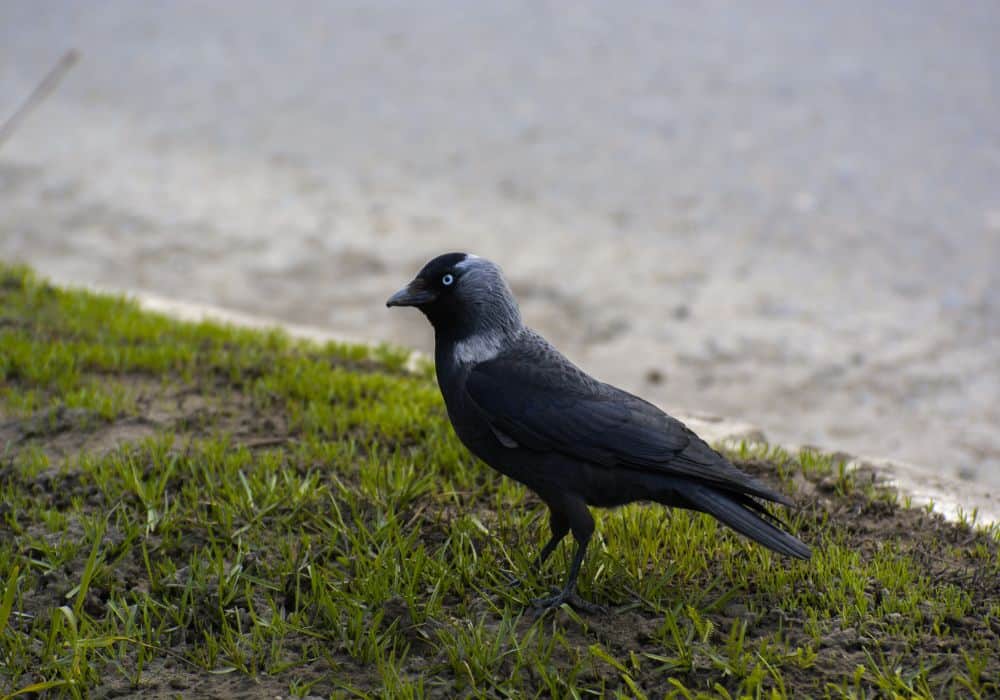 Spirit animals are unique in the sense that your own characteristics mirror those of your spirit animal. They tend to stay in families for multiple generations meaning that your children and their children will possess the same spirit animal as you.

If you have a jackdaw spirit animal, then you are going to be an expressive person but perhaps a little jealous of others behind closed doors. You need to learn to let this side of you go and remember to appreciate what you have in your life rather than get bogged down comparing yourself to others.

Power animals are slightly different from spirit and totem animals because they aren’t with you all of the time. Instead, power animals show up when you are in need of help.

To conclude, jackdaws have way more to them than meets the eye. Sure, they look like everyday, bland birds to the naked eye, but when you take a deeper look at them, it turns out they are highly intelligent beings who symbolize creativity, self-love, and protection.