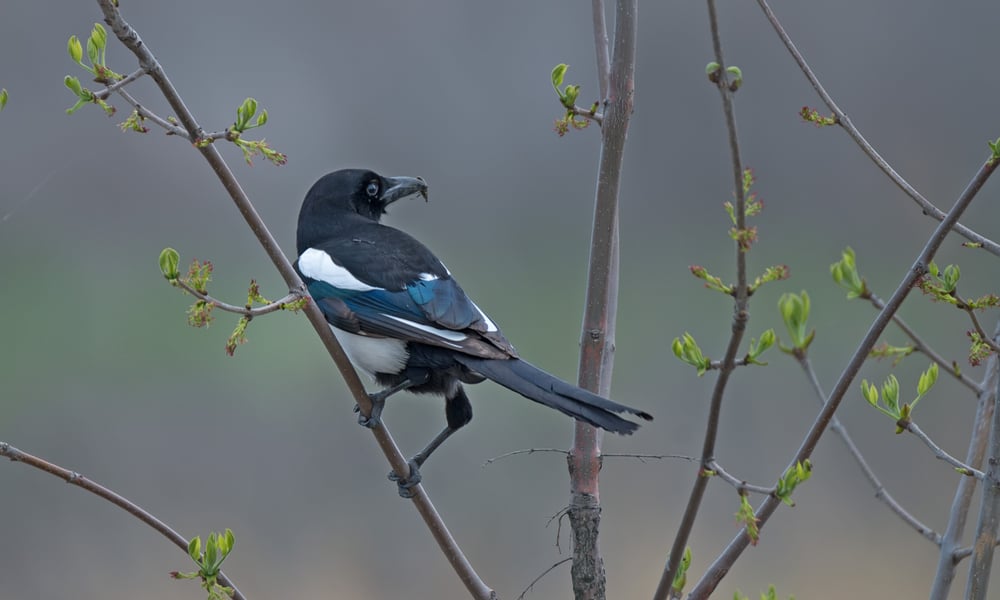 If you like birds, you probably want to know what do magpies eat. This is a very common species that live in North America, Europe, and Asia. It is a part of the Corvidae family, and like other species from this group, experts consider it a very smart animal. In fact, the European magpie is considered one of the most intelligent species in the world. 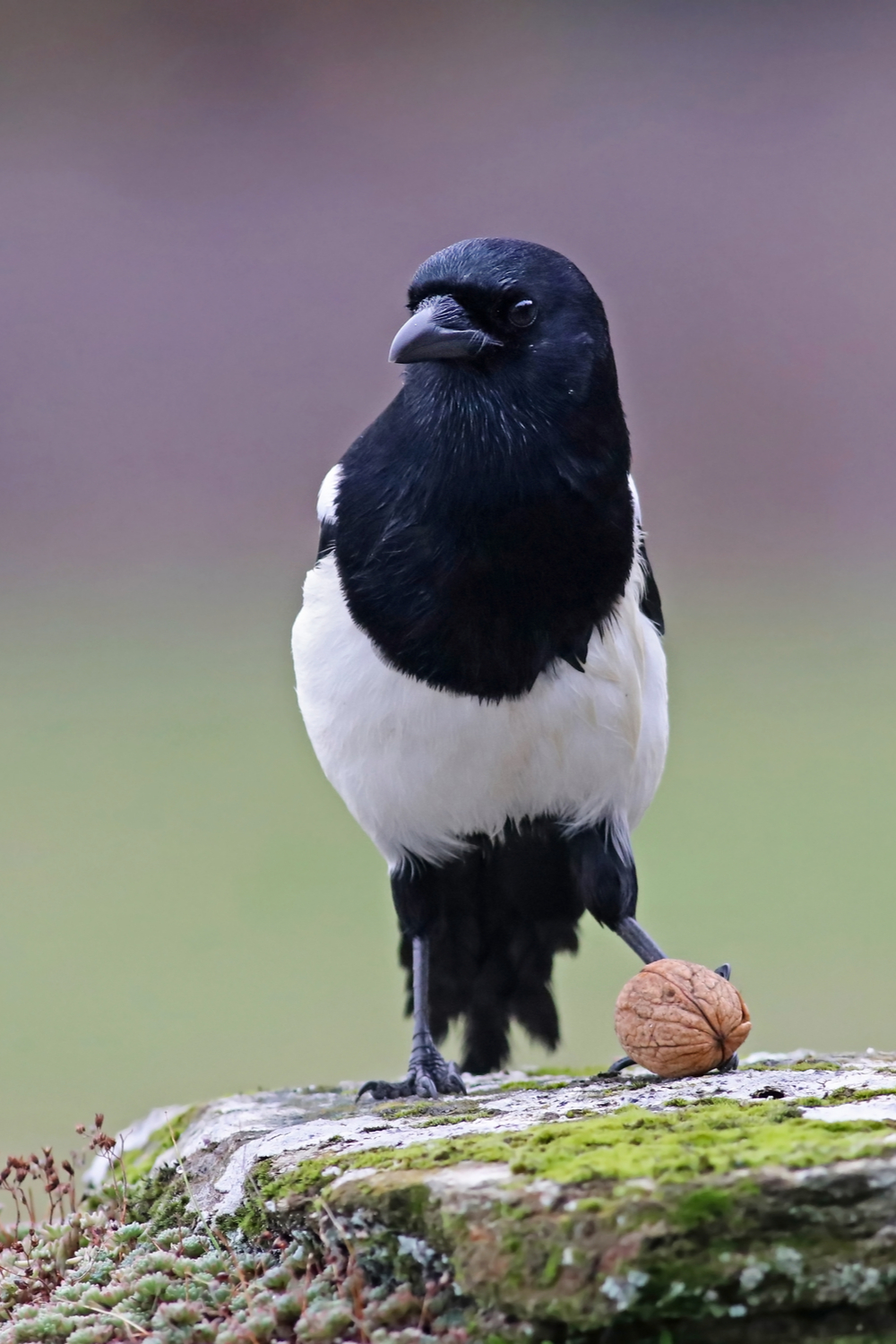 Magpies are amazing at singing, and in past centuries, people often kept them as cagebirds. Nowadays, the species is no longer common as a pet.

The bird got its name from old English, from the word “pie” derived from Latin “pica.” Back in the day, people gave birds common names such as robin or jenny wren. The word “pica” was used to describe female craving for all sorts of food. This is one of the magpie’s characteristics as the bird likes to eat various things.

One of the animal’s main physical characteristics is its long tail. It has a specific shape distinguishing magpie from other bird species. Keep in mind that the color and shape of their tail can vary based on specific species. For example, magpies from East and South Asia have tails with vivid blue and green colors.

Here are some of the bird’s common habits:

What do magpies eat in the wild? 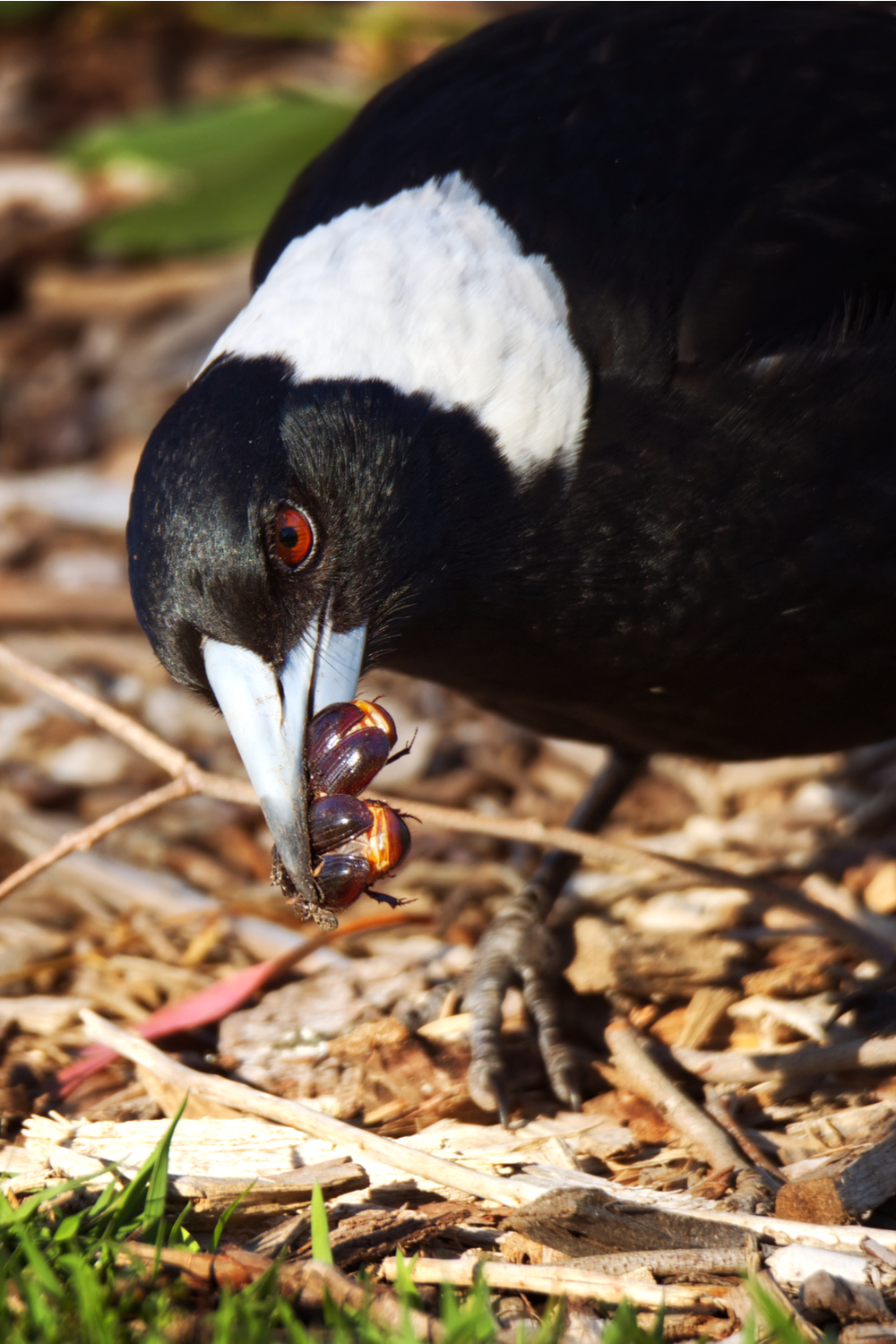 Experts consider magpies as very opportunities for birds. In terms of their eating habits, they have similar traits as other members of the corvid family, that is, ravens, jays, and crows.

For the most part, the species feeds on insects. However, they don’t mind carrion. As a result, you can often see them near roads and highways eating roadkill. Besides insects, they like various fruits, grains, and smaller mammals. Occasionally, you might see them scouring through garbage cans.

This is not a cannibalistic species, and they rarely hunt other birds. Still, there are instances where magpies eat the eggs of other animals. However, these are rare situations, and eggs make up for a small part of their diet. The bird is mostly carnivorous when it feeds its young, and it mainly eats plants during winter.

Here are the things magpies eat:

One of the interesting things about the animal is their relationship with humans. Magpies have a love/hate relationship with people, although they often go to them when in need of food. There were records of magpies following American Indians during their bison hunts and eating the carcasses left behind.

Besides going through their trash, magpies have no problem invading human space. For example, they can enter your home, shed, or other parts of your house looking for food. Similar can be said for other species, as magpies often steal food from other animals.

A lot of people like feeding magpies when they come to their backyard. If you decide to do so, you will need to take precautionary measures. Certain raw meats can cause parasitic diseases, some of which can turn to be deadly. Furthermore, all of the food should be small enough so that the animal can ingest it.

The species depends on food high in calcium. This mineral is great for their beaks and bones. Food that is high in nutrients is especially important for young birds and chicks, ensuring proper development. Besides calcium, they require a healthy dose of proteins and vitamins.

Magpies are amazing birds in so many ways. Due to their high intelligence, it is always interesting watching them interact with each other and nearby humans. Here are some fun facts about these animals:

Magpies have so many interesting qualities. Although they are not good pets, people love interacting with them and watching them. Due to their high intellect, they were often the focal point of various animal studies.

The animal usually sticks to the same territory throughout their lives. They rarely migrate and, when they do so, they stick close to their home.