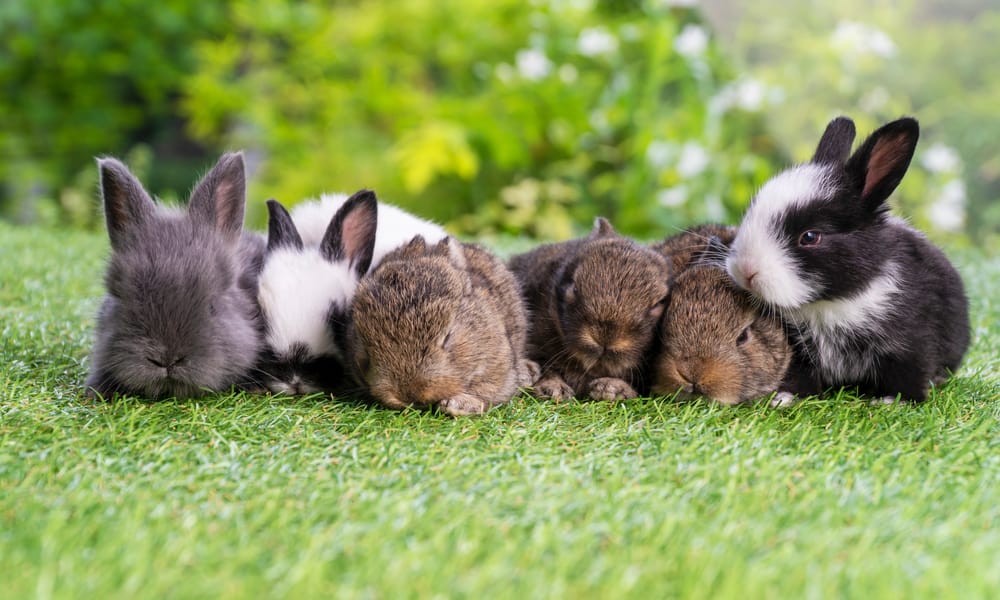 Nature is full of mystery. Let’s take insects and animals, for example. When the truth behind their origin and evolution itself is just limited to various speculated evolutionary theories and hypotheses, many behaviors they display equally perplex us.

Some are coprophagous, i.e., eating poop, and some display sexual cannabilism, i.e., devouring mates. But what is more disturbing is that some even eat their babies. Rabbits are one such animal that is known to eat their babies.

However, this unfortunate incident is not a frequent occurrence. And before anybody questions rabbits’ maternal and moral instincts, let us take their side and explain that various causative factors stimulate this horrifying behavior in rabbits. Let’s begin!

Why Do Rabbits Eat Their Babies?

Rabbits are herbivores, i.e., they don’t eat meat. But sometimes, they eat their own babies. Below are a few reasons to explain this paradoxical behavior.

Sometimes, lack of dietary protein also induces baby cannibalism in rabbits. After giving birth, they are often drained of energy.

So, it is imperative to feed the pregnant rabbit a good protein-rich diet in the late weeks of pregnancy to prevent them from malnutrition.

2. If the kit is stillborn

Rabbits will know if their litter are stillborn and if that’s the case, they’ll not hesitate to eat them. They don’t like leaving traces around them. So, despite being herbivores, they devour their stillborn litter.

Rabbits are strong believers of the survival of the fittest theory. In the case, rabbits find out that their litter are weak and don’t have enough nutrition and strength to survive; they’ll probably kill and eat the babies themselves.

This is primarily the scenario when rabbits feed on some kits while sparing the others. They probably ate the weakest ones letting the stronger kits live.

Rabbits most probably evolved this way to be able to focus all the attention on healthy kits, who’ll possibly live long enough to pass her gene to a new generation of offspring.

Rabbits are almost at the bottom of the food chain. In the wild, they are an easy target for larger predators. So, when it comes to fight or flight, they choose to flee away. And before doing so, they erase all the traces to keep the predators as far away as possible.

So, it is most probably an evolutionary behavior of rabbits to eat their babies if they sense something wrong.

Humans are not the only species who fall victim to stress and anxiety. Rabbits are no different. If her surrounding environment is noisy and confusing, they might feel that there’s a predator on a hunt.

So, due to the fear and anxiety, they eat their babies to make sure that the predator doesn’t catch a scent.

Also, if motherhood is new for the rabbit, she might be overwhelmed by a baby coming out of her. In fact, she might be afraid and confused about the babies. So, unlike other mammals where maternal instincts kick in quickly, it might take a while for a rabbit to get in touch with reality.

Many animals have territorial instincts and feel threatened when there’s another organism nearby. While in some, maternal instincts win over such feelings, and the mother feels okay to share the hutch with her babies.

However, some rabbits feel territorial over the babies. The lack of security then induces such horrifying behavior in the mother rabbits.

How to Stop a Rabbit from Eating Her Babies? 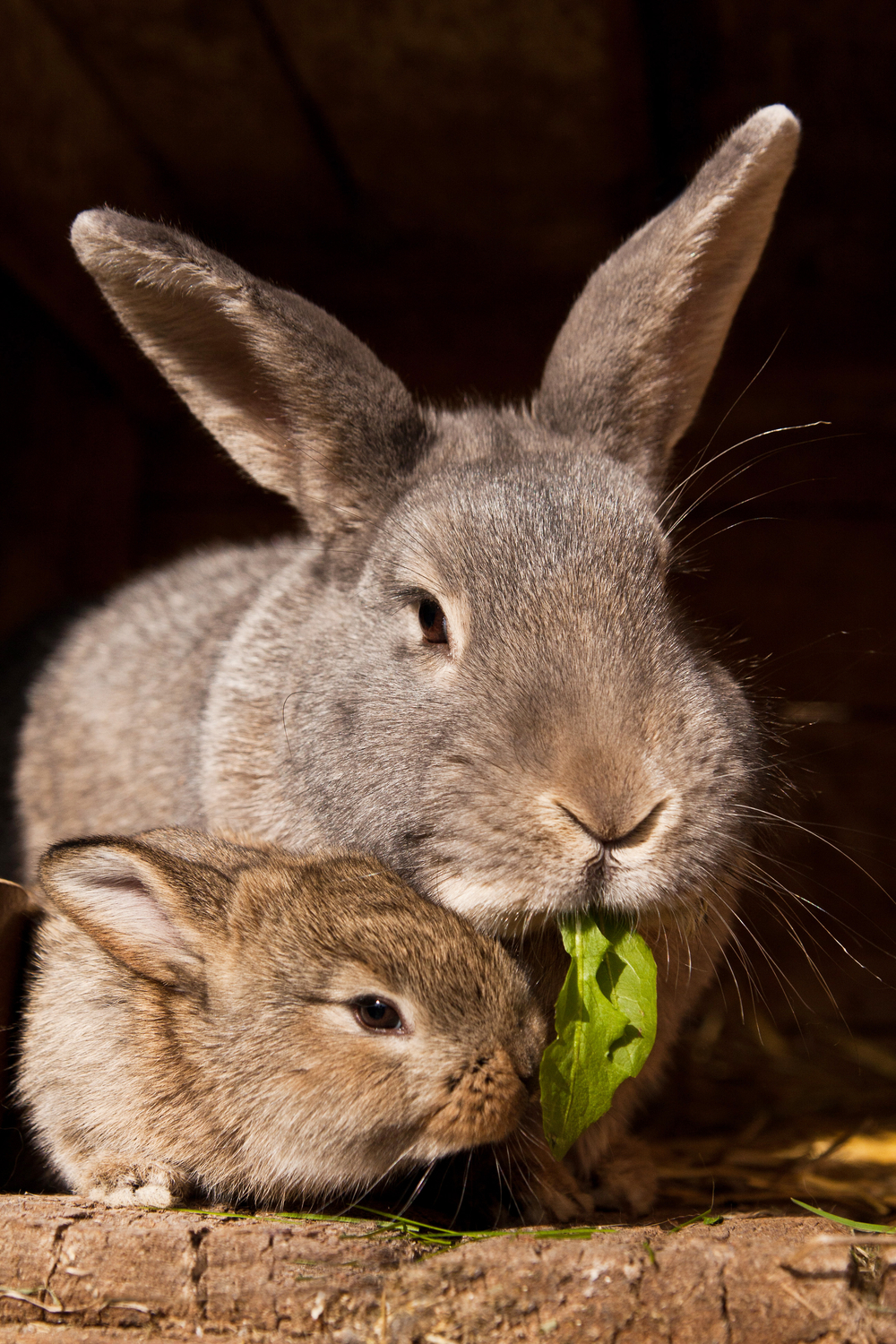 It would be best if you took care of certain things before, during, or after a rabbit gives birth to her litter. Below mentioned preventative measures might preclude the rabbits from cannibalizing their babies.

1. Do not breed young rabbits

Breeding young mammals that haven’t hit their reproductive maturity yet is never a good idea. The time when female rabbits hit maturity varies depending upon the species. However, in general, female rabbits mature faster than males.

Also, don’t mate the doe unless her young ones are a few weeks old, as it might exhaust the rabbit and induce such a macabre.

Pregnant females, be it a rabbit or a human, are bound to go through hormonal changes. Thus, during pregnancy, any females deserve all the love and affection. Make your expecting rabbits feel calm and secure by showering them with affection.

Doing so also feels them safe from predators, which in turn prevents them from stress-killing and feeding on their babies.

3. Feed her protein and nutrition-rich food during pregnancy

Pregnancy and delivery both are extremely draining on does. So, one must feed more than regular during the last few weeks of pregnancy to ensure that the bunnies don’t suffer from malnutrition.

Feed your pregnant rabbits plenty of leafy greens, alfalfa hay, and rabbit pellets, and make clean water readily available to them. In case you feel overwhelmed, read some guides on rabbit pregnancies.

4. Observe your rabbit once she gives birth

Rabbits often eat the placenta after birth. So, if the mother is young and inexperienced, she might not be able to differentiate between the placenta and litter and feed on her babies during the process.

So, make sure to watch the rabbit after birth attentively and stop her a soon as she starts to show signs of eating the babies.

5. Distract the mother with food or toys

If the bunny mom starts showing interest in having her babies for the next meal, distract her with other food or toys for the time being. Such cannibalistic interests in rabbits are often fleeting and will probably stop after some time.

Entertaining rabbit moms with toys and food will calm them down and distract their attention from their newly-born babies. Moreover, it is believed amongst breeders that feeding them with a calcium-rich diet also reduces stress. So, if possible, make some changes to the diet as well.

6. Keep the doe away if nothing helps

If none of the above measures seems to prevent the new mom from attempting to murder her litter, it’s finally time to keep her away from her family.

Around after 24 hours, it might be okay to re-introduce the mom to her babies. But if the attempt persists, keep the doe away for at least a few weeks. You can contact someone knowledgeable to learn how to raise the litter of rabbits.

However, let the mother feed milk to her babies every day as per necessity, under strict supervision, of course.

Does your rabbit keep eating babies? 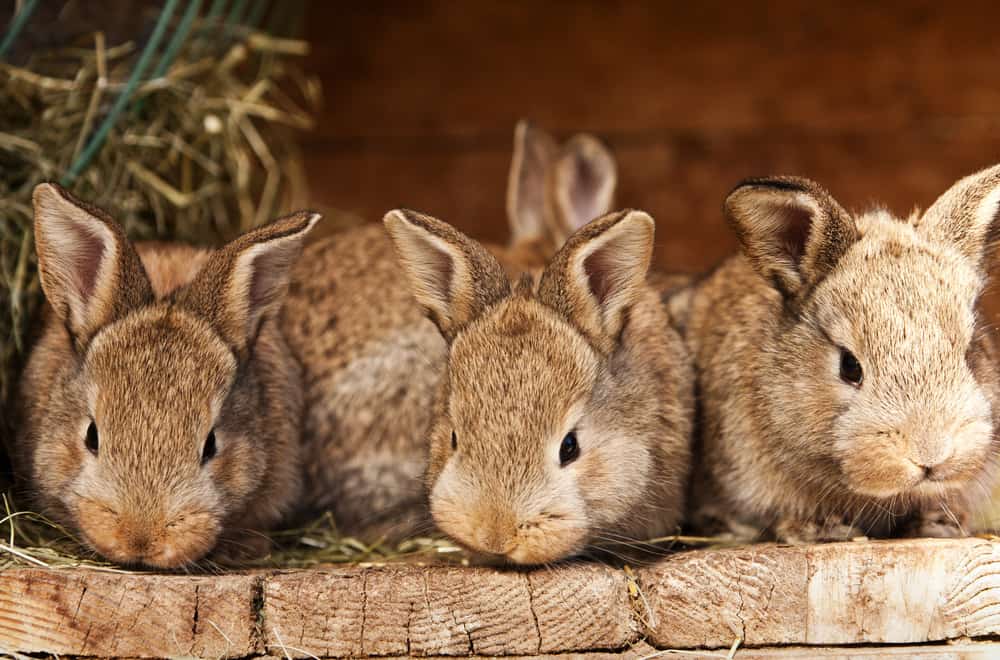 One can turn a blind eye to rabbit eating their babies once or twice, but not always. If such cannibalistic action persists every time the rabbit gives birth to young ones, then it is futile breeding them again and again.

Although almost all females are able to give births, there exist females in almost every species who don’t want to embrace motherhood.

So, if your bunny is rejecting motherhood and babies every time she gives birth, it’s time to stop breeding them. It is not a disease, and there’s no cure for it.

Does a male rabbit kill his babies? 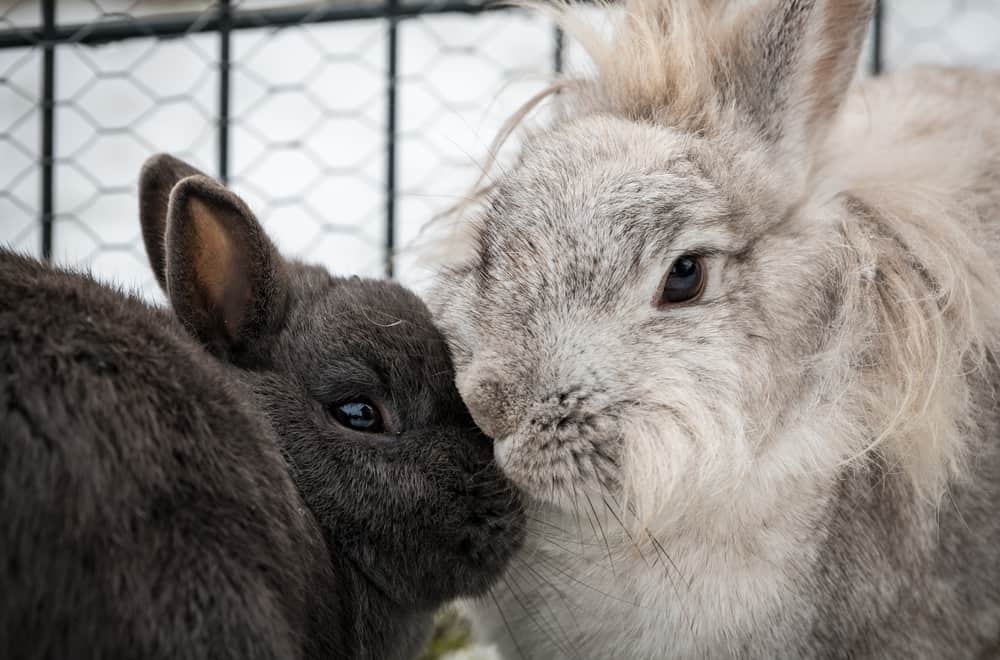 Unlike does, male rabbits don’t kill their babies. However, they aren’t exemplified for their paternal instincts. So, if you leave the litter with a male rabbit, they’ll probably die of hunger.

Also, a male rabbit sees his babies as competitors, competing for the territory and mate. So, they can be hostile towards them and assert their dominance as soon as they get an opportunity.

There’s another reason why the male rabbits shouldn’t be united with his family. Pregnant or new rabbit moms shouldn’t be impregnated for at least some time. However, the male will most probably be in the mood, whereas the does will not, which might end up in violent behavior.

Does human scent on babies trigger the rabbit to kill them?

There’s a common misconception that rabbits eat the babies on which they smell the human scent. However, many breeders and rabbit owners touch the litter after birth to count them or look for any complications, and the rabbit does absolutely no harm to them.

As we’ve discussed above, there are other reasons, such as stress and lack of nutrition which induces rabbits to inflict pain on their young ones. So, unless there are no such underlying reasons, the human scent alone is not enough to trigger such behavior in rabbits.

Animals, including rabbits, have maternal instincts, and they protect their young ones. So, the human scent or scent of larger animals and predators might be problematic to them.

Thus, one shouldn’t go touching and playing with just-born bunnies. However, touching them when it’s essential should be no big deal.

In this post, we discussed why bunnies eat their young ones and how to prevent such a macabre from happening. There are plenty of underlying reasons, and you must make sure that your bunny is in a blissful state during the pregnancy, absolutely fear-free.

So, the next time you witness your bunny eating her babies, try and understand the underlying reason and not just punish the bunny for her dreadful behavior.