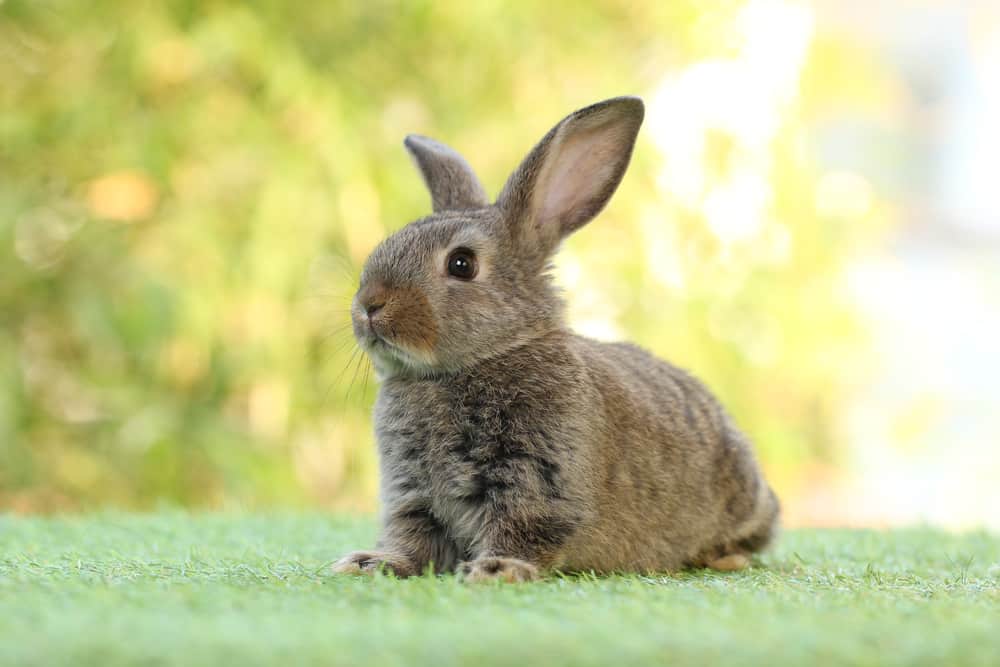 Generally, rabbits represent luck. Nowadays, they are considered one of the friendly pets in many countries. As springtime animals, they signify renewal, and in many myths and legends, rabbits act as a guide between heaven, the earth, and the underground.

In this article, we will tackle what these fuzzy bunny animals mean all over the world and what messages they are trying to send when you get to encounter them. 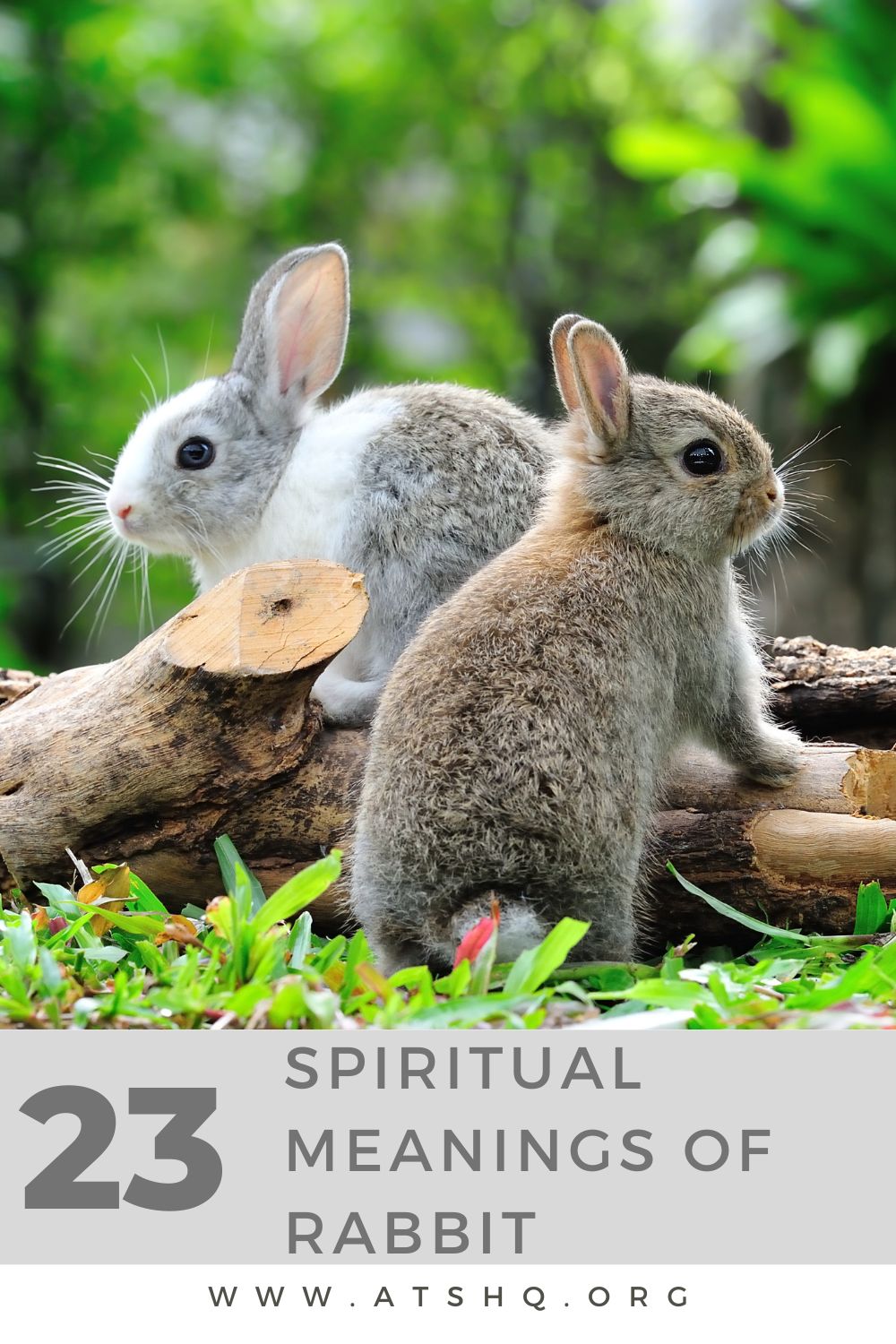 Rabbits are tricksters and usually unpredictable. When you try to chase them, they will out-move you by escaping in a motion you will never understand. They also know how to blend their colors with the environment so they can hide from you.

Aside from their cleverness, smart and quick planning, and keen senses and intuition, what do these animals really signify?

Rabbits are sensitive animals, and consistent with a study from The American Journal of Physiology, they can process up to 20 times the scents humans have. Additionally, their big ears are designed to pick up various sounds, especially from predators.

Moreover, they have clear visions and their round eyes can see all the directions in one look. Because of these features, rabbits are considered symbols of sensitivity.

In real life, this animal is encouraging you to not be too desensitized. Instead, it reminds you to live culturally and use your senses well.

If you are sensitive, use this behavior to show empathy to others, especially to the lost. Help others become connected in this world full of disconnection.

Aside from being sensitive, bunnies are also gentle. They remind you to handle your life and other people around you with care and compassion. They try to tell you to help others fight their battles.

At the same time, rabbits also encourage you to be gentle with yourself. If there are days when you feel discouraged and you start to hate yourself for this, seek help from others to avoid self-harm.

When it comes to animals with high fertility, rabbits will always be on the list. They are associated with the fertility goddess, Aphrodite.

According to a study from Poland, rabbits can breed as young as two months old and they only have a gestation period of around 27 days.

Because of this, they are considered a symbol of fertility. Male rabbits mate with more than one female bunny as well.

Some people believe that if you want to conceive, placing a happy-go-lucky inside your bedroom could help you bring the right reproduction mindset.

Aside from babies, fertility may also mean abundance in other life areas such as careers and relationships with other people. 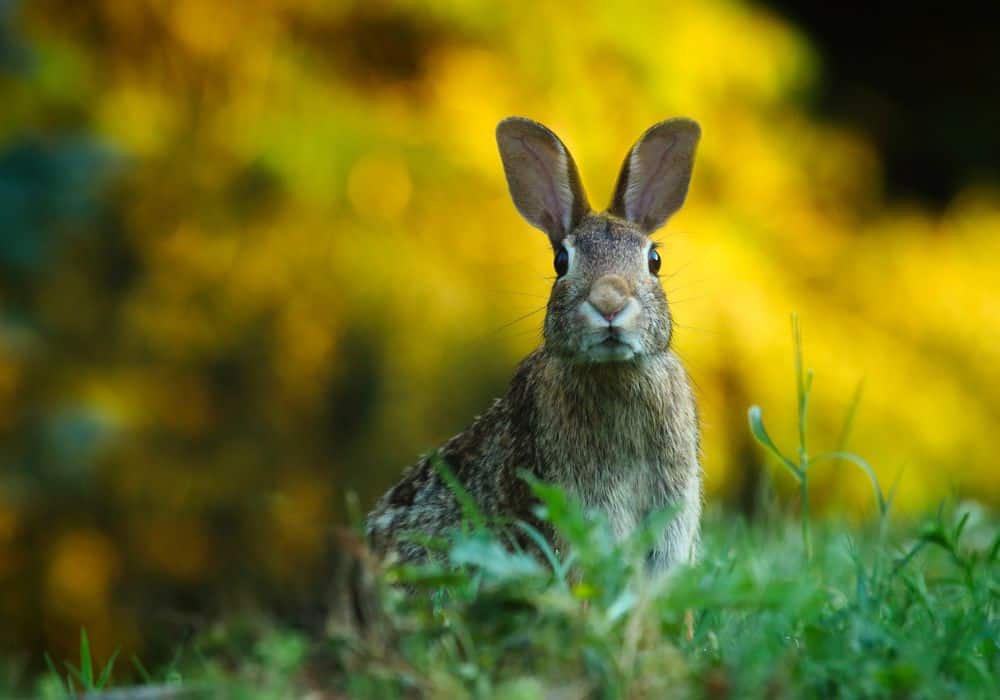 In the movie Alice in Wonderland, when Alice crossed paths with the rabbit, the latter reclaims that he is getting late. Eventually, the rabbit sprinted as fast as he could to enter the hole he was trying to get to.

This behavior of the rabbit signifies haste. It also represents quick thinking to resolve issues fast but in an accurate way.

However, keep in mind that haste can be negative too. In the story of The Tortoise and the Hare, the former’s haste abilities made him lose the game. This means that being too confident with your skills without being cautious can drag you down.

So, always be careful because your haste can go to waste when you do not use it accordingly.

During springtime, the earth is renewed. Meaning, that it is full of life. According to a study from Italy, this period is also the breeding period for rabbits, thus, they become associated with new beginnings or rebirth.

In life, if you feel that you do not know where to start, always remember that just like bunnies, there will always be a new day to begin again.

6. The moon and the rabbit

Rabbits and bunnies are highly associated with the moon. For example, in the game mobile legend, Change, the goddess of the moon with a pet rabbit has a very powerful long-range skill.

In ancient cultures, whenever there was a full moon, the shadow of the moon was shaped like a rabbit. Some people also believe that the 28 days cycle of the moon is associated with women’s fertility.

Because of the rabbit’s association with fertility, abundance, and new beginnings, they also become symbols of good luck. In England, people have this tradition to say “Rabbit, Rabbit, Rabbit” every first day of the month to bring good luck. 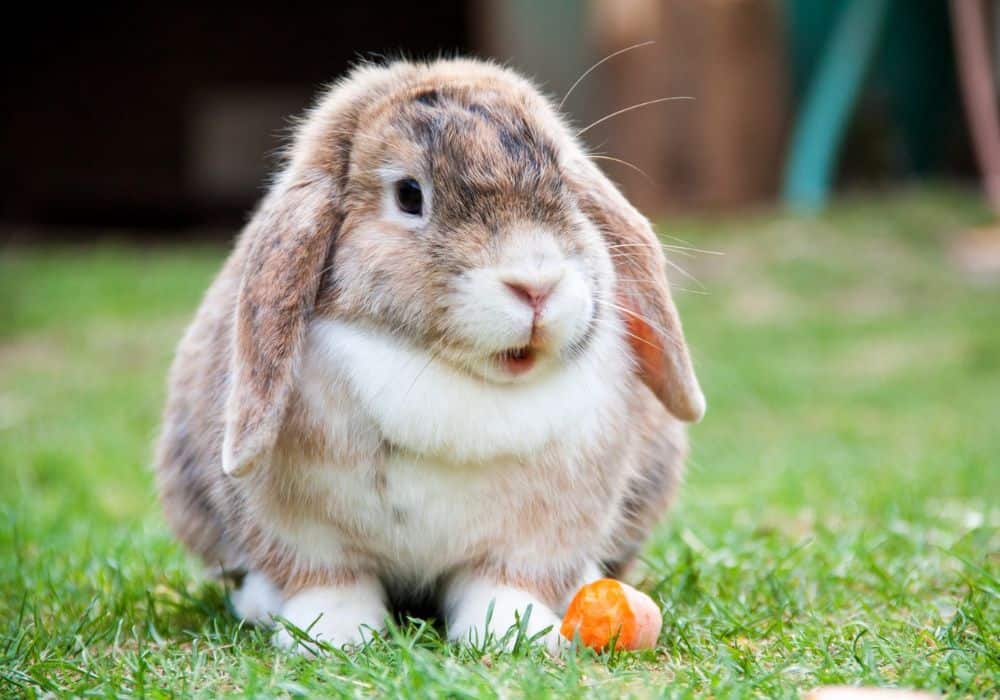 If you have this spirit animal, you usually bloom in early springtime. You are filled with hope, patience, and opportunities as well.

Whenever you feel down just because of your past mistakes or previous painful experiences, always remember that you can stand up again and begin a new life filled with dreams.

If you have a rabbit totem animal, you can walk fast and achieve your goals in time. You are gentle not just to the world, but to yourself as well.

Having this spirit animal also says that you are witty and you love social activities that can increase your chance of finding a path to success. You try to be brave as much as you can even if you know deep inside that you are fearful. You are kind of shy but you know how to control this feeling.

If you have this power animal, you are very diverse and dynamic. You can meditate and transform your life the way you want it.

Sometimes, you do not just focus on your physical self. Instead, you also focus on your family, relationship, and finances. You know how to start a new adventure, job, or project, and you handle all of these with compassion.

When you get a rabbit tattoo, this can mean the past or the present. Getting one means telling the world that you are gentle, loving, intelligent, and highly sociable.

Sometimes, a bunny’s symbolism means companion, devotion, and connection. When you get a rabbit’s foot, it generally acts as your lucky charm. 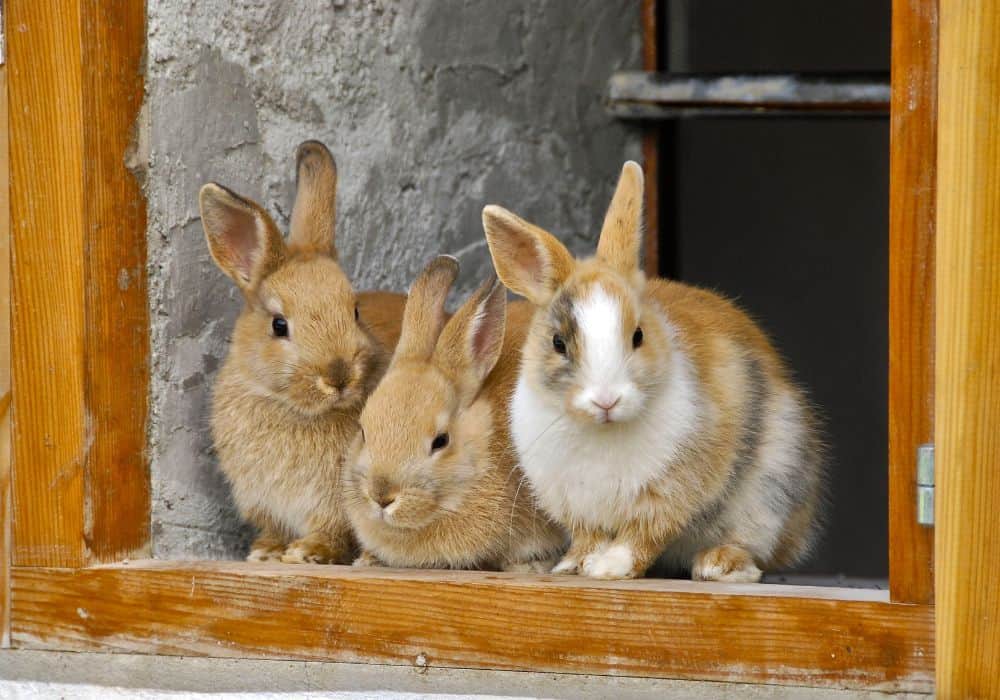 Rabbits come with different symbolisms in different countries, folklores, and myths. Usually, these representations are associated with the moon.

In native American culture, people consider a rabbit as a trickster who can outwit their foes. According to a study from the United Kingdom, Americans have many legends and stories about these animals.

They symbolize cleverness, wit, and guile. In native American folklore and parables, these animals symbolize fertility.

In central American cultures, rabbits are indigenous people of Central America. They represent good luck, promiscuity, tenderness, intelligence, elegance, and timorousness as well. In the United States, Bugs Bunny is a popular image of these rabbits.

In Celtic beliefs, there is a goddess named Eostre. She was always depicted with rabbits and she is most fertile during springtime. This is how the word Easter was derived.

Additionally, rabbits are the source of flight patterns. Back then, people would catch these animals and release them. Then, people will interpret the directions the rabbits took.

In Celtic beliefs, rabbits are associated with fairies as they believe that these two creatures communicate whenever they are underground.

In Southwestern tribes, rabbits symbolize rainfall, fertility, sexuality, spontaneity, blessings, and prosperity. Although they are full of tricks, they are considered warm-hearted animals.

In Korean folklore, there is a Buddhist tale about the fox, monkey, and rabbit. The Emperor of Heaven, disguised as a beggar, asked these animals to bring him food.

The fox gave him fish and the monkey gave him fruits. The rabbit, not being as resourceful as others, only offered grass, burned it, and threw itself in it.

The Emperor was impressed with this, thus, he sent the rabbit to the moon to be its guardian. Because of this, rabbits also signify vigilance, deftness, and self-protection. 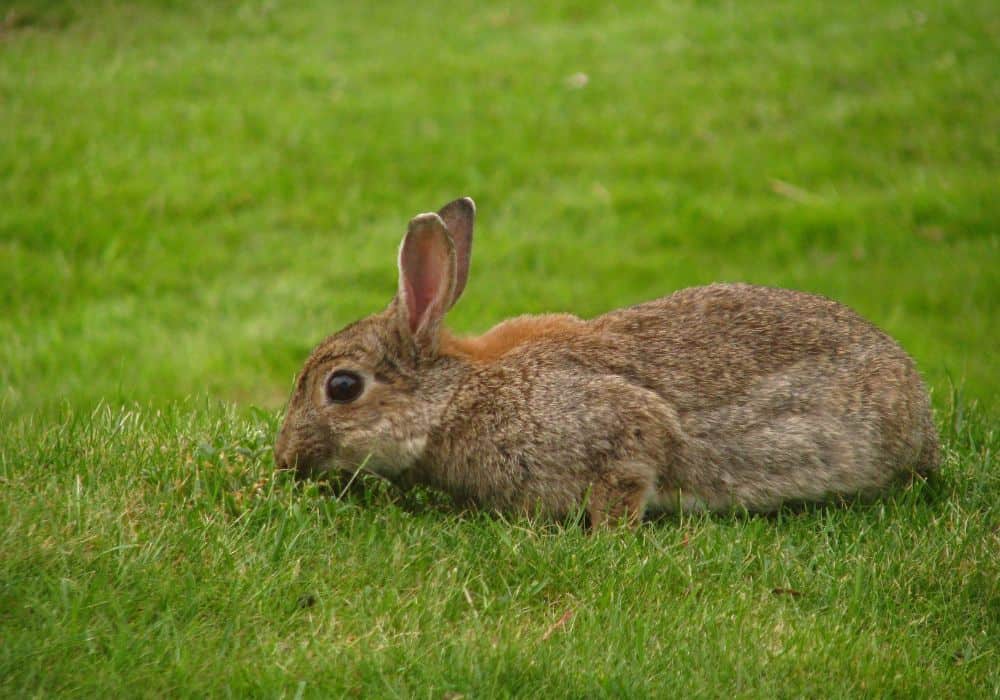 In Africa, there is this story about The Hare and the Lion. This story speaks about the hare who kept on outsmarting the lion who wishes to eat him.

In Japanese culture, rabbits represent kimonos. Based on the book The Usagi Yojimbo Saga, rabbit meat is forbidden, most especially in pregnant women as they can give birth to babies with harelips when they consume this meat.

In ancient Egypt, rabbits represent the resurrection of their god named Osiris. They also use the hieroglyphs and artworks of these animals to guard the halls of the underworld.

In Aztec culture, a sacred rabbit symbolizes drunkenness and parties. This animal rules over-indulgence and the consequences of over-indulgence. Moreover, rabbits also represent hedonism and debauchery.

10. Rabbits in Astrology and Zodiac Signs

In Chinese astrology, people born in the Year of the Rabbit possess the behavior of being gentle, kind, friendly, honorable, and elegant.

Rabbits also play a role in the Christian religion. In the Bible, these animals symbolize the resurrection of Christ.

In the first western Christians, rabbits are thought to reproduce without physical mating. This is the reason why people back then associated these animals with the Virgin Mary.

Another spiritual meaning of rabbits also includes patience and hope. One of the tales of rabbits is that these animals are considered pets by Jesus Christ. A pet rabbit patiently waited for its owner to be revived.

During Easter, it was also believed that good and well-behaved children would get gifts of decorated Easter bunny eggs. 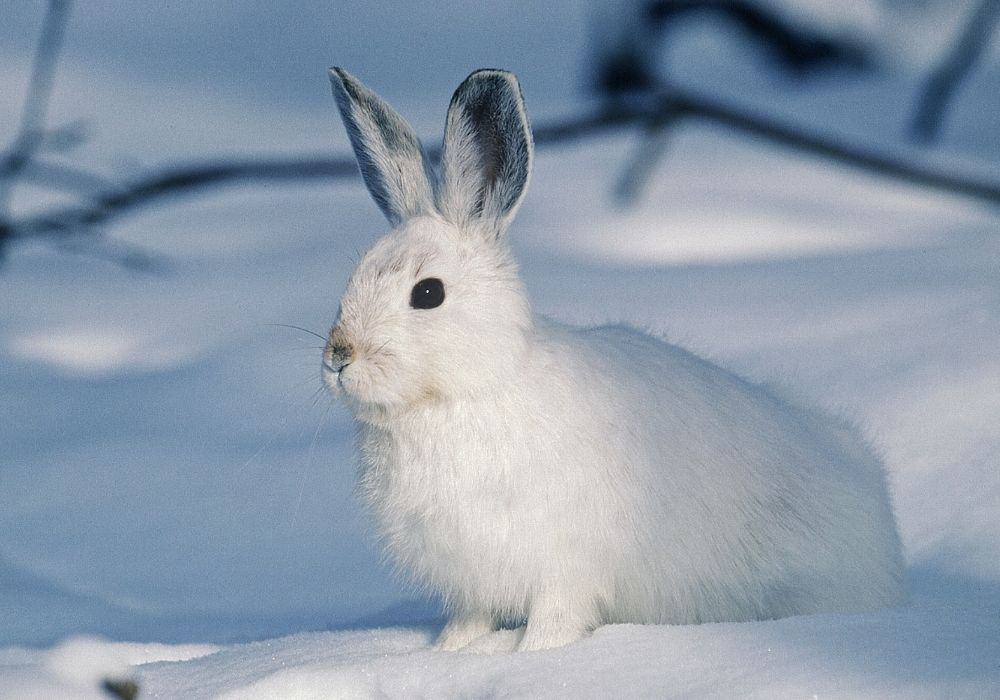 When you encounter rabbits, you tend to think that it is normal. However, try to consider the warnings these messengers are trying to tell you. They might be warning signs as well.

It signifies the beginning of life and spiritual awakening. However, this transition can only occur if you are brave enough to take the leap. Sometimes white rabbits also represent euphoria.

In the Philippines, there is a white rabbit logo on one of the bus companies. This can also signify adventure.

Sometimes, black rabbits also represent fear of intimacy and lies. If you encounter one, this is a sign of mistrust that can lead to relationship difficulties.

Other meanings of encountering black rabbits include stress, depression, and helplessness.

There are days when you dream of rabbits and if you ever dream of feeding them, this means that you need nurture, care, and tenderness. Sometimes, this can also mean that someone might be taking something or someone away from you.

Take note that if you also dream of rabbits scratching you while feeding them, it could mean neglect or relationship problems.

When you encounter dead rabbits, it can represent a loss of a friendship, relationship, or loved one. Generally, a dead rabbit means bad news. So try to evaluate the relationship you have with other people.

Rabbits are fearful and shy animals, however, they are smart and gentle ones. These spirit guides represent wisdom and positivity, and they encourage you to take on new adventures that can lead to success.

When you get to see one, reflect on the message this animal is trying to send you. These messages may encourage self-improvement but always remember that rabbits can also send negative messages.