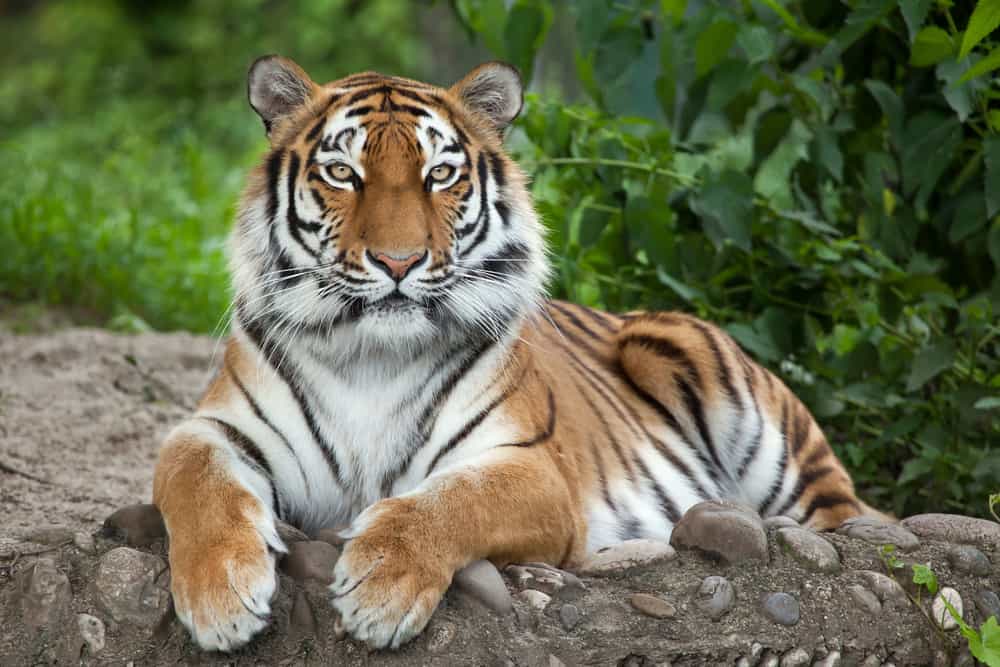 Have you ever wondered if tigers have any special meaning attached to them? Tigers are one of the most popular animals in the world. They are native to Asia, Russia, and Siberia. Tiger is widely known as a predator to many animals. They appear in the folklore and mythology of several cultures in these regions and beyond.

These creatures are easy to identify because of the dark stripes on their fur. They are widely referred to as the most beautiful predator due to their stunning and appealing appearance. They go after anything that crosses their path, especially wild boar or deer. These creatures are fearful and sometimes attack men to feed on them when hungry.

Many people believe that tigers are associated with fear due to their majestic and gigantic nature. But this is not the case, as tigers are widely associated with virtue, good luck, ferocity, power, courage, royalty, generosity, sensuality, and personal strength. These creatures come with elegance, vitality, beauty, mystery, and power that capture the imagination.

Let’s look at the tiger meanings across cultures and the many other things they represent. 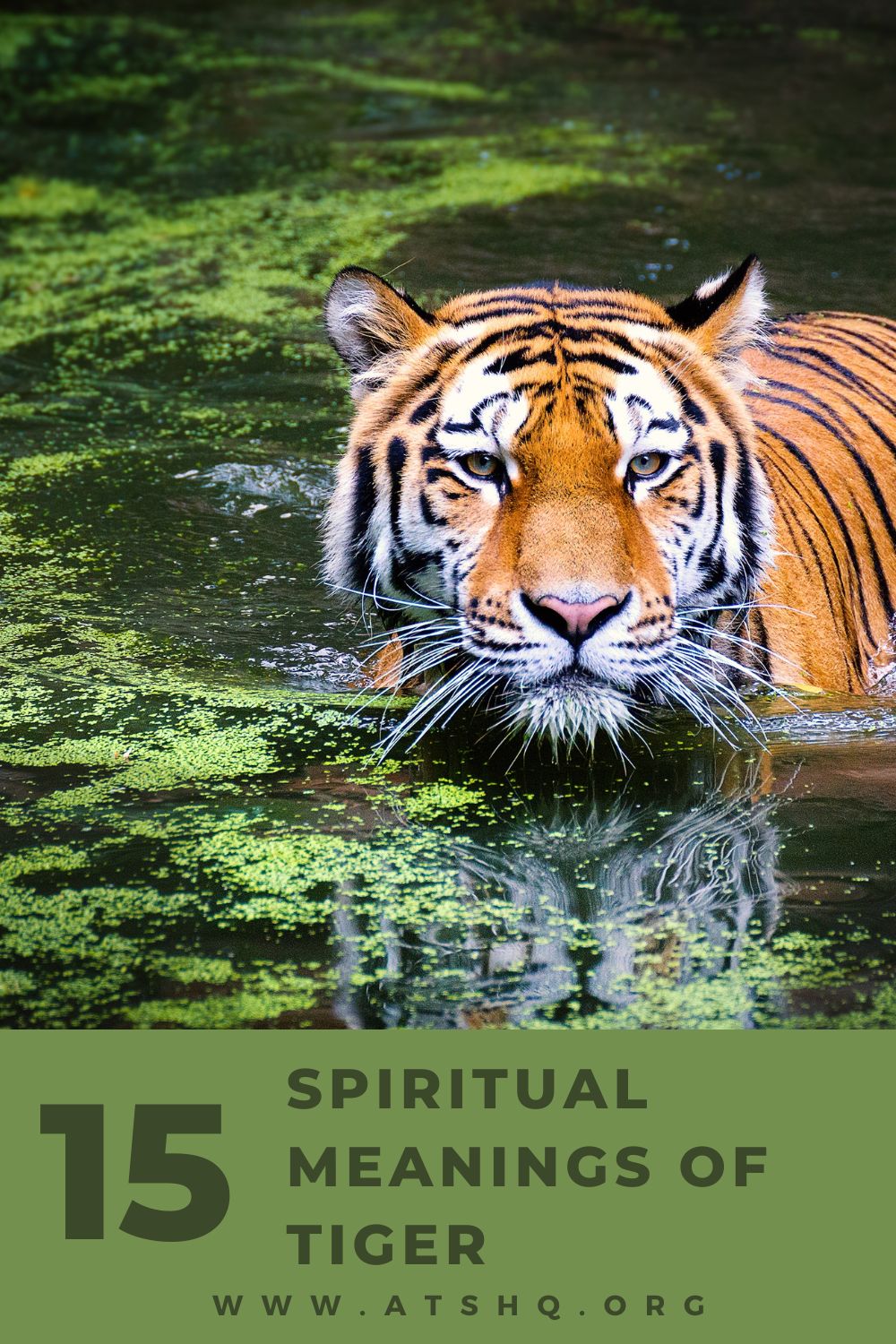 Tiger symbolism differs based on culture, color, and many other factors. Here are the general tiger symbolism and what they mean.

Tigers have no rivals in their domain, and this main reason helps them exhibit a sense of confidence in their habitat. Hence, they are a symbol of courage and confidence. The tiger as a spirit animal symbolizes that out have to be confident at all times.

In cases when you feel somewhat timid, the tiger reminds us always to act as if we are courageous. Whenever you feel down and want to give up, summon your inner instincts. When you are confident, others will outrightly see you as courageous and never doubt you. Believe in yourself and watch others do the same.

Tiger power animal is known to be fierce and very protective of their habitat. Humans and animals cannot just step into their territory without incurring wrath. Tigers symbolize superior strength and protection in many cultures, specifically in Asia.

Therefore, a tiger spirit animal is a helpful symbol when you need to protect your emotional, physical, financial, and psychological boundaries. Tigers do not tolerate anything or anyone that does not respect boundaries. These creatures always stand their ground no matter what. 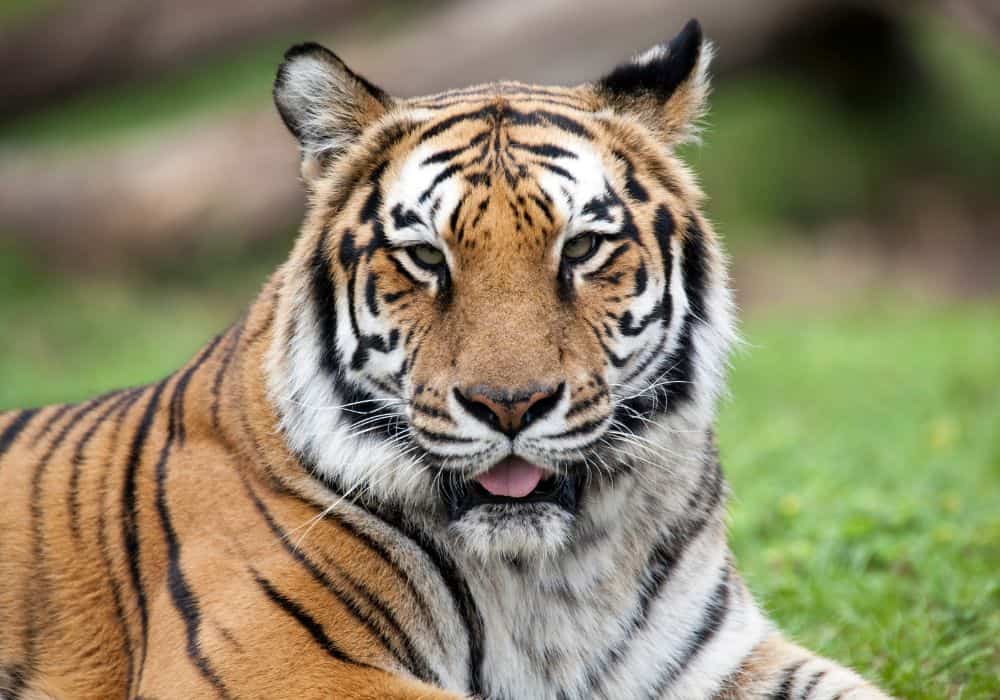 Tigers are independent animals. They only come together when the female raises the younger ones or when it is time to mate. They are solitary animals and do not stay with their parents for a long time. A tiger’s kitten begins to fend for itself and live an independent life once it reaches about two years old.

They automatically wander off searching for prey and begin to cater for themselves. Even when they are with their parents, they are independently minded and always do what they want. The tiger spirit animal reminds us to be confident and courageous. It tells you that you can do many things by yourself only if you can build confidence.

Tiger is a symbol of strength to many of its predators. Aside from man and some other tigers in their natural environment, tigers have no equal or rival. These creatures weigh up to 1,000 pounds and are referred to as the largest and biggest cat in the animal domain.

They are known to have one of the strongest bites, which makes it hard to be unable to break free from their grip. Their jaw weighs 1,000 psi and is stronger than those of the lions, which weighs 60 per square inch (psi). Also, their strength can be compared to none. This means that the tiger symbolizes strength and encouragement when you are down.

It is one of many helpful animal totems when you need to be energetic in life and in specific situations.

Tigers are widely used to represent majesty and royalty. In Japan and China, the regal symbol for kings is a tiger’s stripe, especially the marking on the forehead of a white tiger. These creatures are known as the king of all beasts.

They also exhibit a proud nature that commands respect from other animals and even humans. Hence, the more reason why tigers symbolize nobility and majesty. The tiger never bows or submits to anyone. This signals that you must value your self-worth and strive to gain and respect the self-value of other people. 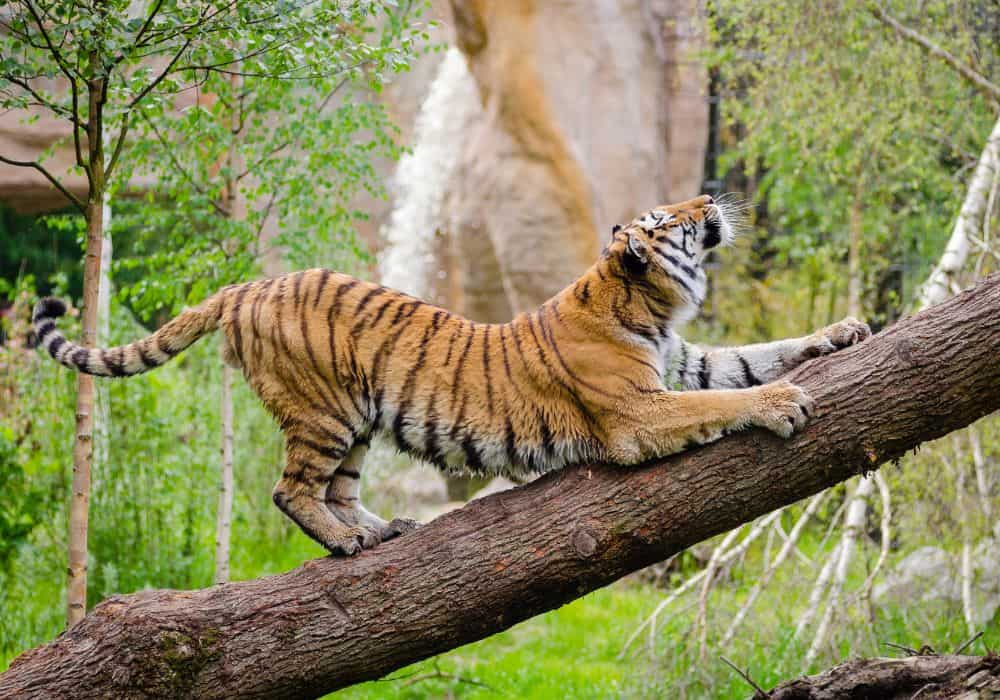 These creatures are believed to be able to transform from the supernatural to the physical world and back. Many cultures also believe that your soul lives on through a tiger or rides on a tiger’s back if you were killed or eaten by a tiger. Therefore, many cultures forbid that you kill a tiger. Whenever a tiger spirit animal appears to you, it tells you to tread carefully.

Tigers are primarily active at night and are widely known as sneaky hunters. They are very autonomous animals. They are always known to evade capture, even more than lions that are most feared by many. They are independent; they think for themselves and live on their own. They symbolize cunningness and cleverness as a result of this trait.

Having a tiger as your spirit animal reminds you that you have to be smart always. It is also a reminder that following the crowd and being book smart alone will not take you very far. Instead, it tells you to be street smart if you want to survive.

The tiger also tells you to be very calculative of your next move and let no one in on what you are about to do to ward off obstacles. In short, the tiger tells you to make life happen instead of waiting for life to happen to you.

Tigers represent successful hunts, good harvests, ceremonies, and healing rituals in India. They also represent courage, power, strength, ambition, integrity, justice, and standing up for the truth in Indian Hinduism. Tiger is India’s national animal and is widely revered all through India.

In China, tigers symbolize royalty, protection, destruction of evil, and massive power. It also symbolizes the great feminine deity and represents an element of cosmic forces. So people born in the Year of the Tiger possess prominent Chinese characters. Good health, strength, and courage are some of these characteristics. The tiger is also seen as a balanced spiritual force against the dragon or leopards. 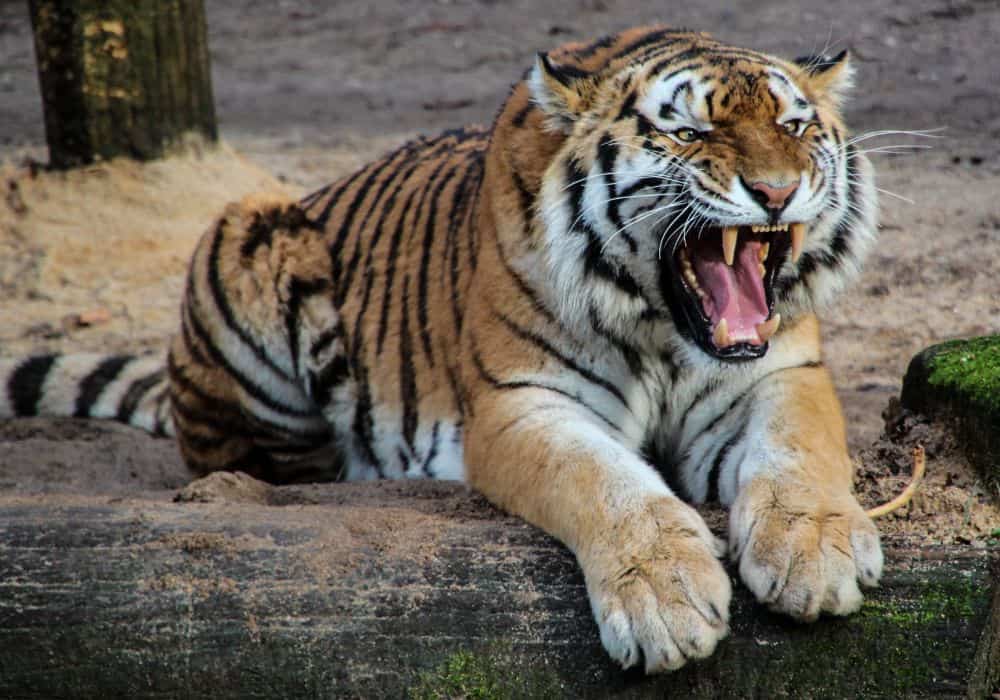 In Celts, there are political meanings attached to the tiger. In Russia, a tiger is seen as the protector of the forest. They see the tiger as a guardian spirit that keeps nature balanced and the forest healthy.

Although tigers are not native to Africa, they also have attached meanings. In Africa, the tiger symbolizes feminine power, speed, beauty, protectiveness, aggression, ferocity, life and death, evil and destruction of evil, and cruelty. Tiger is seen as the supreme animal image and has replaced the lion in many parts of Africa.

The tiger totem animal is a symbol of showcasing independence, confidence, and strength. The tiger totem is useful when you must express self-respect and command it from others. Since tigers have a perfect sense of smell and sight, their totem helps to improve your visual and olfactory senses.

Whenever you have tiger dreams, have it at the back of your mind that you’ve been chosen as a leader.

The tiger is known to have a combination of shrewd perception, independence, beauty, and strength. As your spirit animal, the tiger encourages you to master your territory, whether in a skill or field of knowledge. It encourages you to fully maximize your potential on earth and become who you’ve been destined to be.

The Year of the Tiger

You might have heard about the year of the tiger and wonder what it means. Easter astrology believes that the Year of the Tiger symbolizes risk-taking, change, and adventure. People born in the Year of the Tiger are competitive, ambitious, and courageous. They are all known to be loving, generous, and have the interest of all at heart.

The Year of the Tiger occurs every 12 years. Each element and cycle is connected to Tiger’s sign. For instance, 2022 is the Year of the Water Tiger. Hence, there will be strong feelings and emotions in the air, and people will feel adventure and change.

Tiger symbolizes courage, power, strength, and bravery. The symbolism of this majestic beast varies from culture t culture. Generally, the tiger symbolizes military prowess and fearlessness. Whether you see this creature in the dream, as your spirit animal, as your totem, or you want to get a tiger, we hope you’ve been able to use this guide to decide your tiger’s meaning.