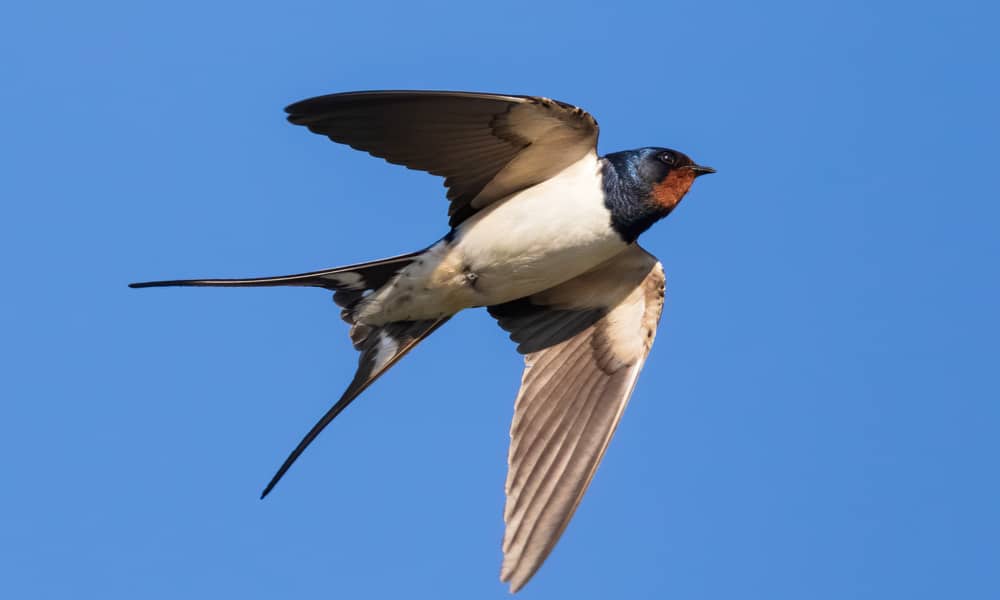 Looking at a barn swallow, you would think it’s clad in a blue suit and orange dress shirt due to the color of its feathers. They are tiny songbirds usually associated with the coming of spring and distinguished from other birds by their forked tails.

So, what do barn swallows eat? 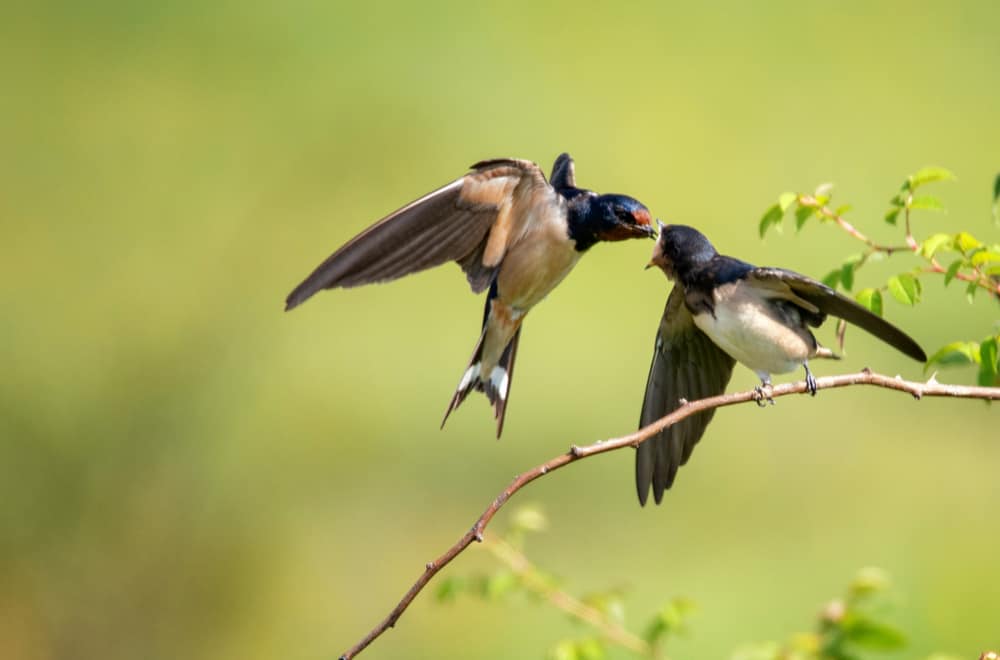 Barn swallows are the most widespread swallow species worldwide.

Their upper body parts are steel-blue in color, with a rufous (reddish-brown) throat and chin, separated from the off-white lower body parts. They have elongated tail feathers with a distinctive fork shape.

Female barn swallows are similar in appearance to their male counterparts, except for having shorter tails and a different shade of blue on their upper body.

Juvenile swallow barns are browner, and they have a paler rufous color. They lack the elongated tails adult birds have.

Both the male and female barn swallows sing although it was only recently that the female song was described. Their alarm calls are loud and sharp to warn other birds against predators like cats. That said, barn swallows are usually quiet during the winter seasons.

Barn swallows prefer to live in open country areas with low vegetation, such as meadows, farmland, and pasture. The existence of open structures such as stables and barns provides nesting sites.

Bare branches, ridges, and wires serve as perching areas and are vital in the bird’s selection of its breeding range.

Barn swallows are semi-colonial and settle in groups from a pair to a few dozen, typically in spacious wooden structures meant to house animals, such as goats, cows, horses, and chickens. These sites often serve as breeding grounds.

Male barn swallows select the nesting site, which it then advertises to the female with a song and circling flight. In some species, plumage (birds feathers) plays a role in choosing mates as males with darker feathers are associated with higher breeding success.

What Do Barn Swallows Eat? 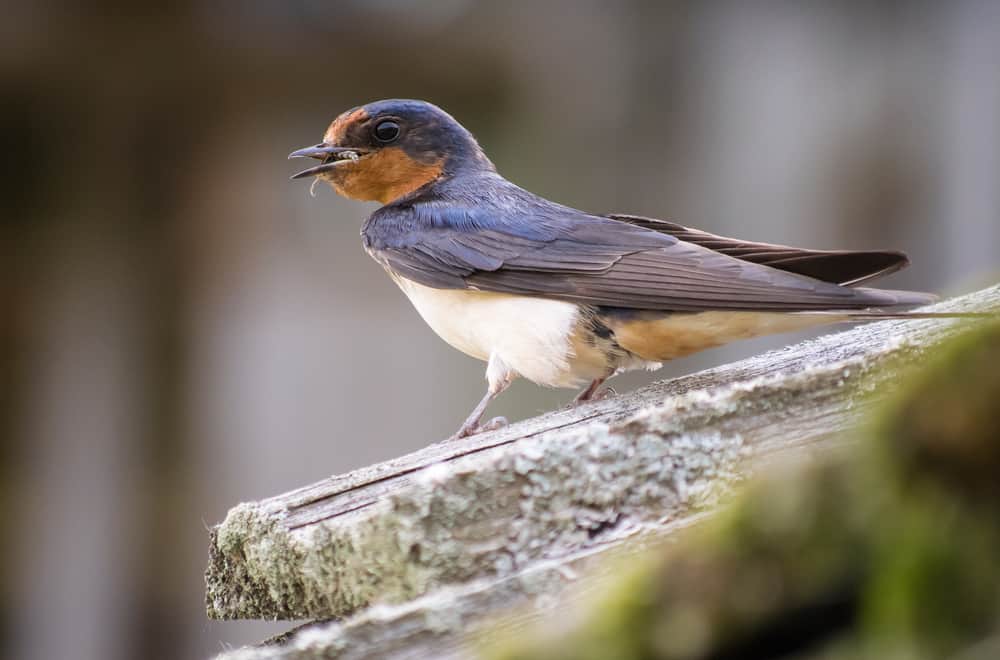 In other instances, it will catch prey from above water surfaces, plants, and walls. In their breeding areas, flies make up about 70% of their diets. Aphids also make a significant part of their diets.

Barn swallows often form large flocks when hunting for insects, whereas they tend to hunt in pairs when egg-laying. During winter, they primarily consume flying ants and feed on dead or sluggish insects on the ground.

The amount of food hatchlings (offspring) get depends on their numbers, where their parents will feed a higher number of hatchlings more.

Adult barn swallows will continue feeding their young even after a week of leaving the nest. When the young birds depart the nest, they perch on trees.

Barn swallows drink water by skimming low over water bodies like lakes and rivers and scooping up water using their beaks.

In gardens or backyards, they’re offered crushed oyster shells or eggshells to supplement their diets. Swallows get calcium from the shells and grit (e.g., soil or small stones) that aid in digestion.

Barn swallows feed on a wide variety of insects, and the following are the examples:

Barn swallows are essential to farms as they help get rid of pests that bother you while enjoying your time outdoors.

Researchers speculate the reduction is due to climate change, lost nesting, predators, and changes in the insect population. However, the real reason remains unknown.

Now that you know, “what do swallows eat?” attracting them to your yard shouldn’t be a problem.

These adorable birds of the sky spend the better part of their lives freely flying. Barn swallows are an inspiration to many, young and old, sailors and gods alike.