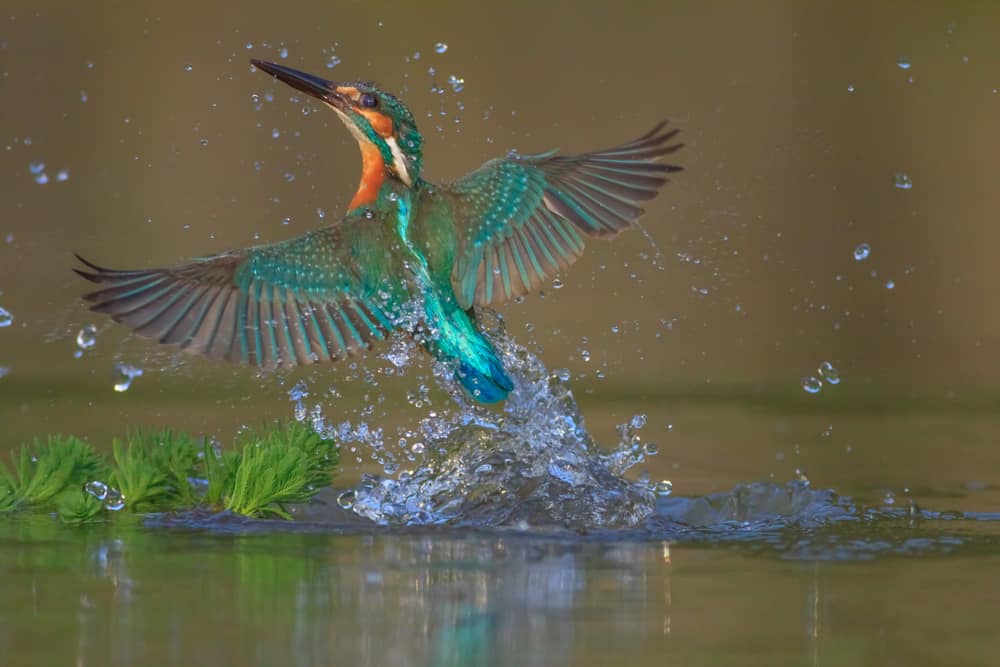 When it comes to animals that leave an immediate impact on whoever sees them, the kingfisher is right up there. Its striking colors and rapid movements make it stand out from other birds and have led to them being symbolized as beacons of courage and adventure across various cultures.

Today, we will look in depth at which cultures place symbolic and spiritual value on these fascinating birds and what they think about them. Be prepared to never look at kingfishers the same again. 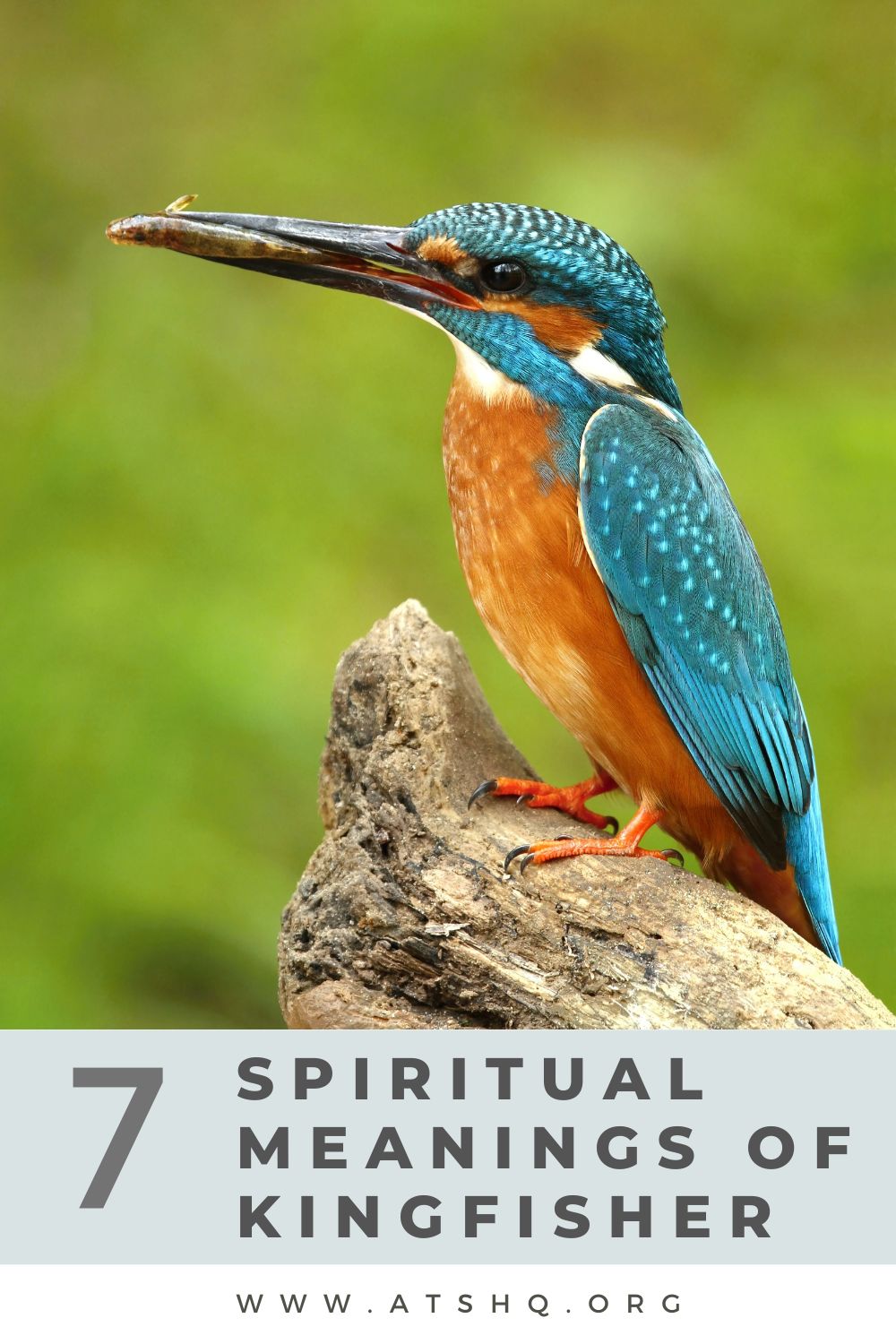 The most striking thing about kingfisher is their colors. The feathers on the backs of their bodies are metallic blue, complimented by the feathers on their breasts, which are copper-colored. They look like the type of bird that belongs solely in exotic places such as tropical rainforests, but they are actually found in Europe, Asia, Africa, South America, North America, and Australasia.

In terms of their size, a common kingfisher is only around 15-16cm in length on average, making them a similar-sized bird to a robin. They weigh roughly 30g, though, meaning that despite their small size, they are twice as heavy as a robin.

You will typically find kingfishers by still waters such as canals and lakes, and they have even been known to rock up in people’s gardens if they have a garden pond. Their fondness for water is because fish is their primary source of food.

They are expert fishers, just as their name suggests, which is necessary considering they need to eat the equivalent of their body weight each day to survive, and they only really eat fish. The types of fish they will usually go for include minnows and sticklebacks, while they will also eat newts and dragonflies.

The way they fish genuinely is a site to behold. They will hover over the water or perch themselves to the side of it and bob their heads back and forth to figure out which birds are in their strike zone. Once they spot a fish of interest to them, they will sweep under the water in a blink of an eye bringing their wings to the sides of their body to guarantee a streamlined dive. Before you know it, they are flying back out of the water at around 25mph with a fish in their mouth. 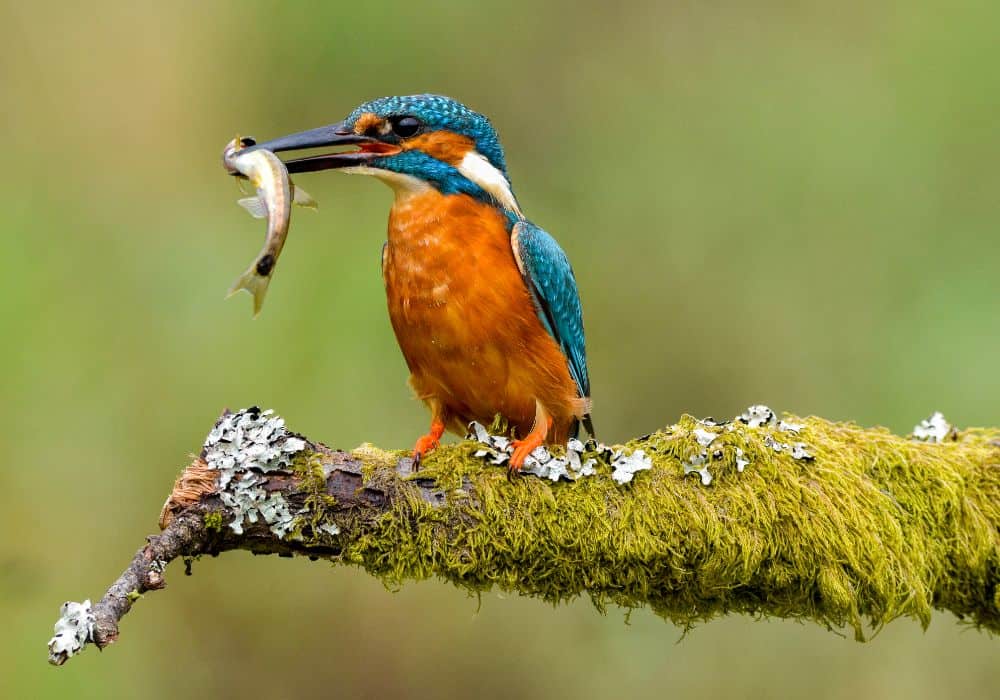 Now that you know what a kingfisher looks like and their typical behaviors, it’s time to consider their symbolic and mythical value among different cultures.

Native American culture differs slightly depending on which tribe we’re talking about, but generally speaking, Native Americans look at kingfishers positively and as messengers of good news. However, for one tribe, in particular, kingfishers are looked upon negatively.

This is due to an old Makah myth where a captured thief was turned into a kingfisher as punishment for his crimes. Considering this was a punishment, it is fair to assume that Makah people consider kingfishers to be unpleasant creatures.

However, other Native American groups, including the Siouan tribes, look at the birds fondly and believe that kingfisher sightings indicate good fortune and good luck is on the way. Additionally, they are seen as symbols of fertility, meaning a new addition to the family is on the horizon when a kingfisher is seen.

Another Native American myth, this time from the Achomawi tribe, describes kingfishers as magical shamans (healers). The legend tells of how a kingfisher used its magic to rescue the daughter of the sun from a river.

The importance of kingfishers in Ancient Greece comes from an old myth involving Zeus.

The story tells of two young people who fell in love and got married. They used to joke around, saying that their love was godly and referred to themselves as Zeus and Hera.

Zeus got wind of this and didn’t appreciate two “nobodies” referring to themselves as gods, so he took matters into his own hands to teach them a lesson. When the man, Ceyx, was out sailing, Zeus threw his thunderbolt at him from above and killed him.

Upon discovering her husband’s fate, Alcyone, the woman in the story, drowned herself out of grief. This tragic series of events resulted in the gods and goddesses of Ancient Greece taking pity on them and transforming their souls into kingfishers so they could spend the rest of their lives together.

As a result of this tale from greek mythology, kingfishers were seen as symbols of purity and true love in Ancient Greece.

Kingfishers are of great importance to devout Christians due to their involvement in one of those most famous stories in the Bible – Noah’s Ark.

In the story, kingfishers are drab, colorless birds but are one of the animals that Noah trusts the most. They were the second animal that left the ark, with one kingfisher being sent specially by Noah to confirm that there was a dry piece of land for the animals on the ark to live after the great flood.

However, once the bird was off the ark, it didn’t return due to how amazing it found the open world. The skies turned the kingfisher’s feathers blue, and the sun turned their chests orange/yellow.

By the time the kingfisher remembered to return to the ark, the rest of the animals had already departed. Consumed by guilt, the kingfisher spent the rest of its life perched on a river, hoping to see the ark and make it up to Noah.

As a result of this story, Christians look at kingfishers as symbols of sorrow and guilt. However, they use them and this story as a reminder of the importance of keeping your word and not letting people down.

How you should interpret a kingfisher encounter? 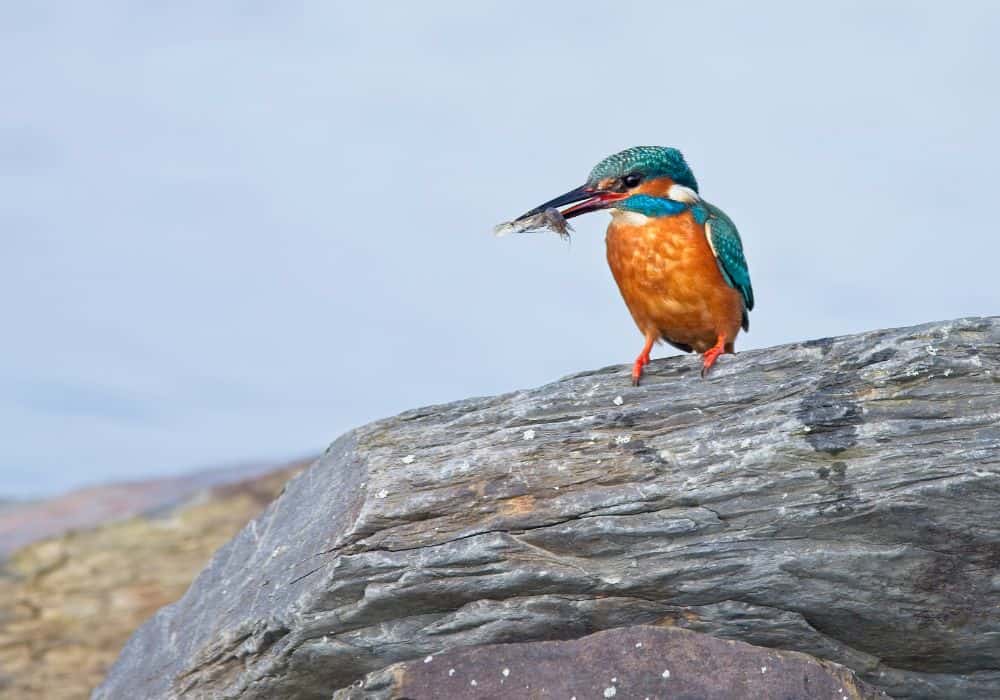 Now that you are more aware of how these birds are symbolized across different cultures, you will probably think more profoundly the next time you encounter one.

The first thing you should consider when encountering a kingfisher is the notion of patience. Kingfishers know they need to eat a considerable amount of food each day, but that doesn’t make them impulsive or rash hunters. Instead, they are incredibly patient on river beds while they wait for the best moment to strike.

With that in mind, if you see one, then maybe consider parts of your life where you can slow down and/or take more time. Often, rash decisions don’t turn out well.

Another thing you should consider when encountering a kingfisher is if there are any parts of your life where you can be more selfless. In the story of Noah and his Ark, the kingfisher acts selfishly. Therefore, each time you encounter one, you should remember this tale and think of ways to prevent yourself from going down a similar path.

If you have a kingfisher totem animal, then you are likely someone who becomes obsessive over any hobbies and interests you take up. You may even look to make a career out of these interests.

Your kingfisher totem animal is there to remind you that you are allowed to have hobbies and interests just for fun and to teach you to relax more. 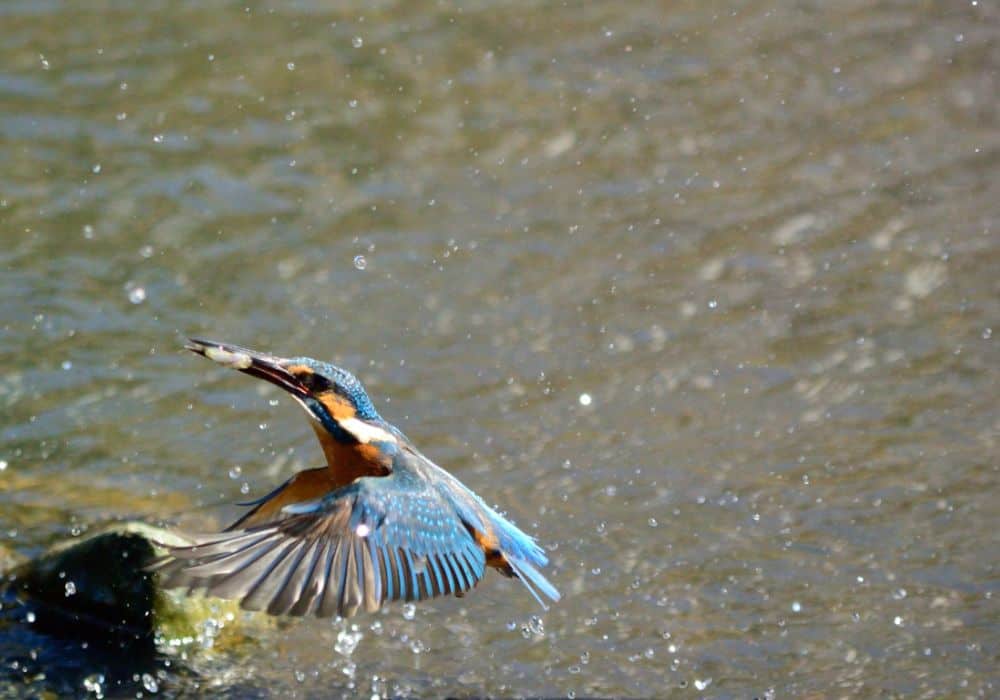 Power animals are different from totem and spirit animals in that they will typically only appear to you during times of need.

You will also be a natural at balancing your work and personal life effectively and will rarely let things get on top of you.

To conclude, the kingfisher is a weird and wonderful bird with many unique traits and characteristics, most notably its phenomenal fishing ability. We now hope that you are now more aware of the spiritual and symbolic importance of these birds and that you will think about them on a deeper level next time you come across one.