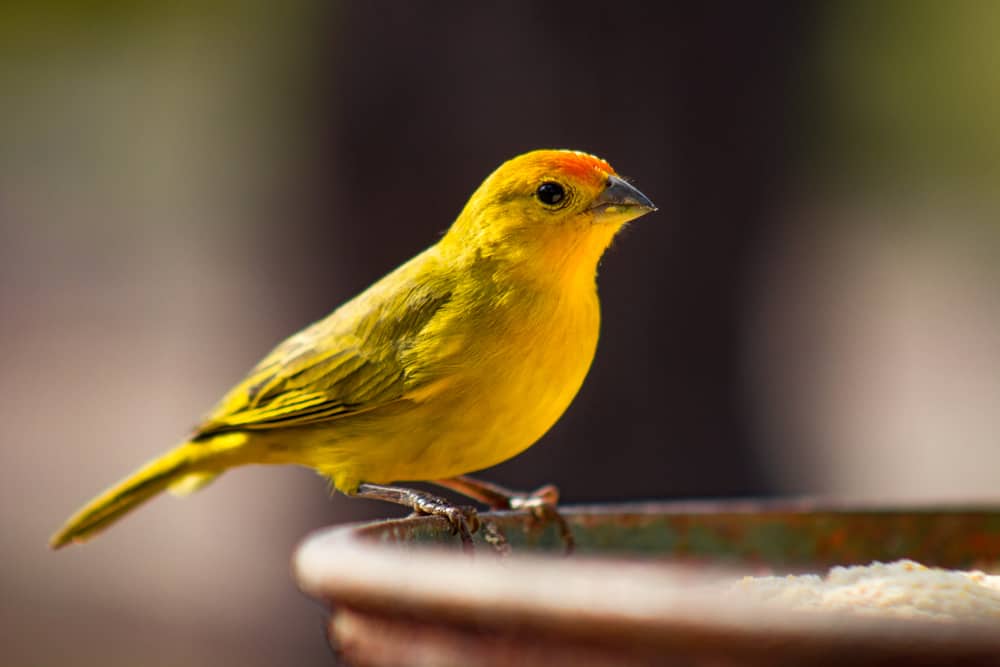 Many people keep canaries as pets as they are cheerful companions with melodious songs. But did you know that canaries have many symbolic meanings? They feature in the mythology of many cultures and can be omens of things to look out for in your life.

We have gathered information about canary symbolism for this article. The Canaries are best known to symbolize happiness and joy, selflessness and compassion, but as we will see, there are even more meanings linked to these small birds. But first, let’s look at canaries as a species, as it will help us understand the symbolism better. 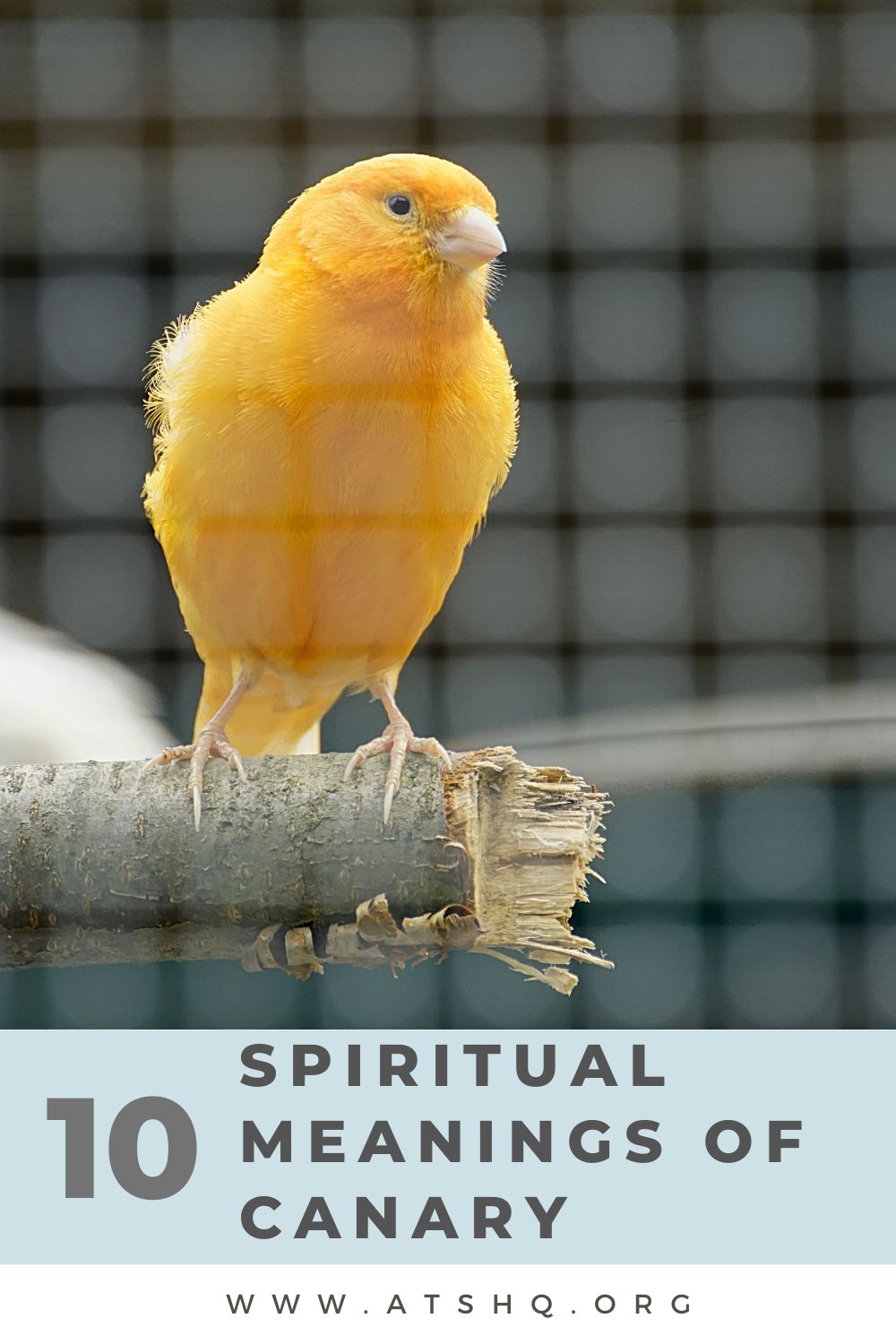 Before canaries were kept and bred in captivity, they were found in Madeira, the Canary Islands, and the Azores. The first canaries were brought to Europe in the 17th century by Spanish sailors. They belong to the larger bird family of finches and the wild canary is also called the island canary, Atlantic canary, or common canary.

Many people associate the color yellow with canaries, but they can be different colors, too. They are happy to mate with other birds from the finch family, which has created different color combinations. The canaries are only about 4.9-5.3 inches and their wings measure 7.9-9-1 inches from tip to tip. They are also very light, weighing only 0.7 oz on average.

Domestic canaries are happy to be the only bird in the household as they are quite solitary birds, but they will get along in a larger aviary with other small birds. However, if you put two males together, they are likely to fight. The canaries enjoy being around people.

The canaries are very intelligent birds and will learn to, for example, sit on the owner’s hand or fly around the room as directed. You can even teach these chatty birds to improve the quality of their song and imitate different sounds. Male canaries are the better singers with elaborate songs, while the females mostly chirp.

Based on their unique characteristics, canaries have some key symbolic meanings.

Because of their bright colors and their cheerful characteristic, canaries are associated with joy, blessings, pleasure, and the sun. Different color canaries have different meanings. For example, a red canary is symbolic of passion, brown of stability, and orange of success. Other positive connotations include independence, musicality, well-being, and uniqueness.

On the flip side, the singing of the canaries can represent gossip and the cage can symbolize emotional limitations. As we learned above, canaries were also linked to death. This connection is likely to have arisen from miners using canaries as warning birds in a coal mine.

To learn more about general symbolism associated with canaries, visit What Is My Spirit Animal. 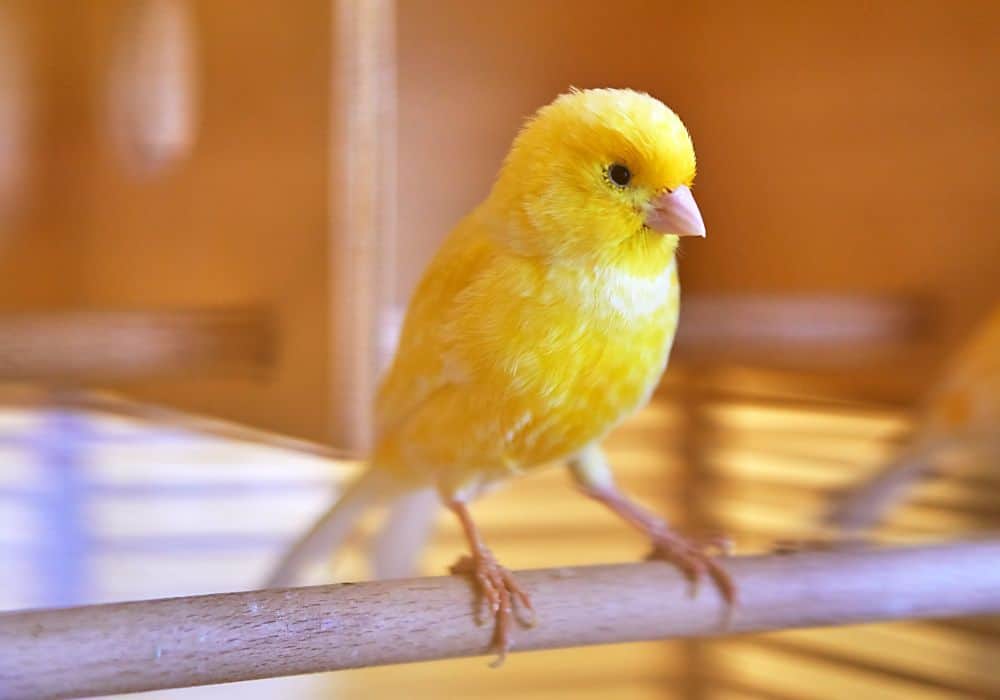 As well as the general symbolism, canaries can also be carriers of more specific omens through encounters in real life or in dreams.

What can encountering a canary in real life mean?

If you encounter a canary, the meaning it carries is linked to what is happening in your life. For example. If you are going through a difficult time, an encounter with a canary is telling you it will soon pass. It encourages you to let go of pain linked to past events, forgive those who have wronged you, and focus on building the future of your desires.

Since canaries are a symbol of light, seeing canaries regularly can inspire you to be a light for others. Its song can be a message of using your voice to change the lives of others by speaking up. A visit from a canary can also tell you to listen to your instincts and to pay attention to what is happening around you.

What can a dream about a canary mean?

Sometimes you might encounter canaries in your dreams. The message they are bringing to you depends on the situation in the dream. For example, is the canary singing, are you trying to catch it or perhaps it is landing on your hand?

Here are some examples of symbolism of canaries in dreams. To read more interpretations, visit Dream Meaning.

Many cultures have referenced the canary in their mythology and folklore:

In Europe, the earliest references to canaries come from ancient Greek and Roman mythology. The canaries were said to see ghosts and ancestral spirits. A caged canary’s screech was believed to mean a ghost was around.

For the Celts, canaries were a symbol of devotion and bravery. Soldiers would often carry a canary emblem for courage and protection for themselves and their families. Later Europeans also believed that having a canary brought luck. Except if it sang at night. Then it might suggest the owner did not have long to live.

The canaries are symbolic of luck and happiness in China. A Chinese legend tells us that the first emperor of China had a canary bird that brought him good luck. For example, when a terrible storm threatened to destroy their land, the rain stopped suddenly and flowers covered the area instead.

Another belief is that unhappy people cannot hear the song of canaries because they are too occupied with their troubles. People who can hear them are happy and blessed.

The canaries are not found in the wild in the Americas. However, other types of finches are and the Native Americans believed them to be symbolic of happiness, positivity, energy from the sun, and fertility.

The yellow of the birds is a symbol of the morning sun. Native Americans believed it gave them the courage and the strength they needed to face life’s challenges.

You can find out about the mythology in more detail here. 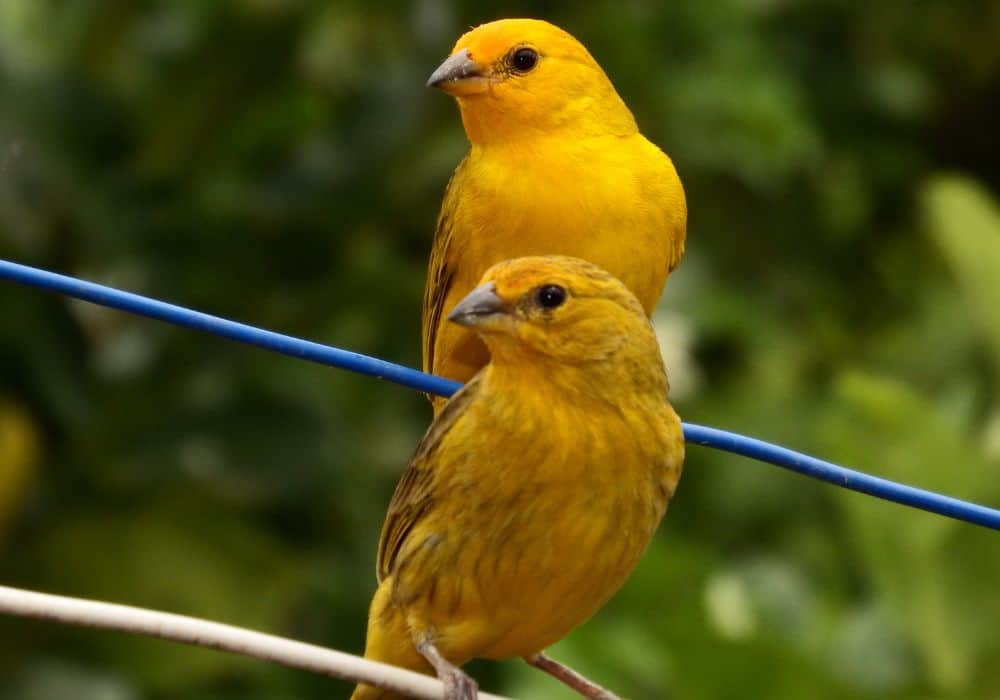 Canary as a spirit animal

People with a canary spirit animal can always find positivity and goodness in things because their spirit animal is reminding them about the promise of tomorrow and to look at the bright side of life. A canary spirit guide will encourage you to focus on what is important: your relationship with your family and friends.

It signifies a compassionate nature and a willingness to lend a hand to those in need. A canary person is not afraid to show their emotions. They can be very social, but also know how to be self-sufficient and take care of themselves. The spirit of a canary can bring forth bravery when standing up for yourself or others.

Spiritually, a caged canary might be a reminder to look at your situation closely. Are you trapped by circumstances or relationships? Have you perhaps built an emotional cage around you? The canary spirit animal will support you on your journey from the cage to freedom.

Canary as a totem animal

What does it mean if you have a canary totem animal? People with a canary totem animal are often bright and dynamic. They have a joyful personality that attracts people to them. They use their voice to persuade others and to show them there is light at the end of the tunnel.

People with a canary totem animal are open and prefer close relationships with a few rather than being in large groups of people. They are also more likely to stay in their local area rather than move elsewhere.

If you identify with the canary totem animal, remember to use your power as a speaker for good. Do not be tempted to gossip or spread misinformation.

To read more about canaries as a spirit or totem animal, visit World Birds where you will also find information about the canary power animal.

The meaning of a canary tattoo

Tattoos of birds are often symbolic of freedom and spirituality, an independent spirit, and the ability to see the bigger picture, as birds do from the sky. They can encourage you to move outside your comfort zone and learn and do more.

The canaries, together with other yellow birds represent prosperity and happiness. Their color adds sunshine to life, and the song brings joy and cheerfulness. If you would like to find out more about the symbolism of bird tattoos, visit TatRing.

The canaries are most often associated with happiness, compassion, and the ability to help others through a hard time. They can sometimes come into our lives to remind us of what is important and to keep our optimism in times of sadness.

They can guide us to refocus our attention on our relationships or offer us support when we need to break free from physical or emotional cages. People connected with the spirit of canaries are often great speakers and attract others to them easily because of their cheerful personalities.

Do you have questions about canary symbolism? If you do, write them in the comments section.