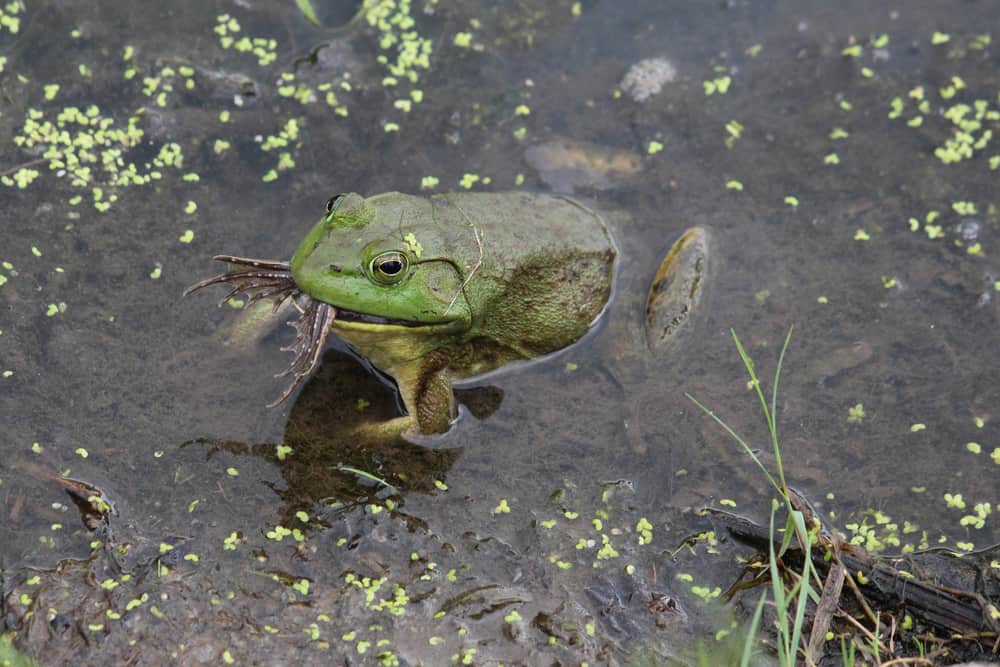 If you pay close attention to frogs, it almost seems like they are smiling. “Why are frogs so happy?” you may ask. It’s because they eat what bugs them.

You may have seen a frog eat bugs, now let’s find out what frogs eat most.

Frogs are amphibians part of the order Anura and the family Ranidae. They are often confused with toads, but the difference only lies in their appearance.

Frogs are social, and they live together in groups called a colony, knot, or army. Groups of tadpoles (offspring of frogs) swim together in schools like fish. They can either be aquatic, semi-aquatic, or terrestrial.

Frogs come in different shapes and sizes. However, they are all built to adapt to their surroundings and feeding habits.

They all share standard features despite the difference in size and breed. All frogs have no tails, protruding eyes, and webbed hind feet.

Frogs’ color allows them to blend with their environment to avoid predators and also hide from prey. 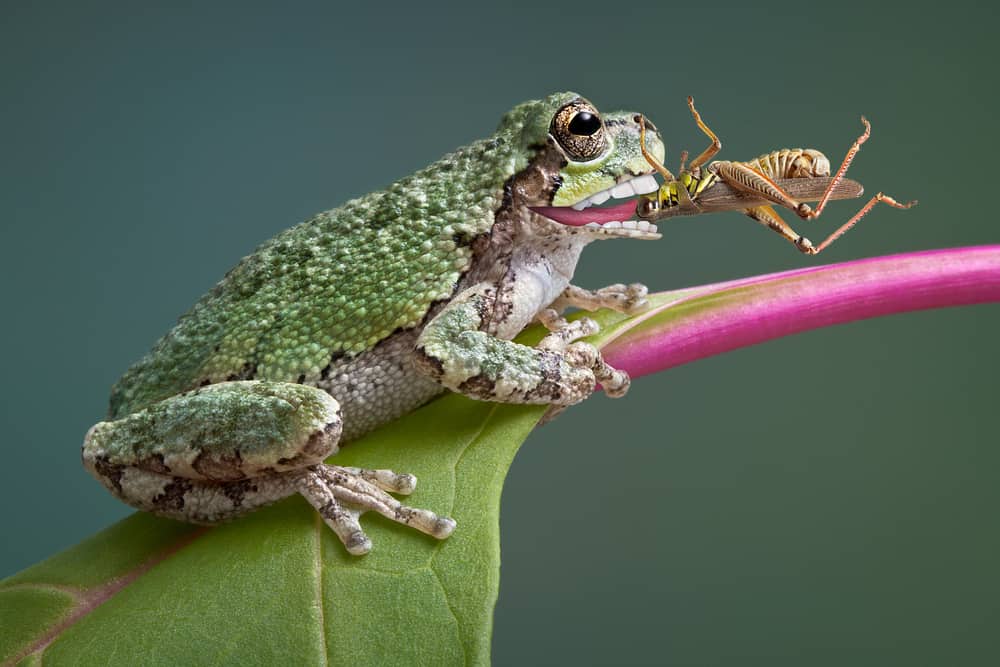 The amphibians’ eyes are positioned on top of their heads. In turn, this allows them to be in the water while still giving them the ability to see over a wide area. They are also able to see underwater.

The position of their eyes additionally enables them to feed on prey. They push their prey down to their throat by closing their eyelids and dropping their eyes down to its throat.

The frogs’ mouths can open wide horizontally, enabling them to catch large prey. Their mouths are also equipped with long sticky tongues allowing them to catch food without moving a muscle.

The Poison dart frog will go as far as touching its prey in hopes of poisoning it.

Did you know that the African frog can leap to a height of 14ft (4.2meters) above ground in a single bound? Also, not all frogs are known to jump. The waxy tree frog walks like a lizard.

Frogs have many adaptations beyond what is known by human beings. Some even change color like chameleons.  The above are the necessary adaptations that allow them to thrive in the wild.

What Do Frogs Eat?

Frogs are general predators. They feed on just about anything that crosses their path, from spiders to grasshoppers, beetles, and butterflies. Larger species of frogs like the African bullfrog will feed on mice and even snakes.

What do tadpoles eat? 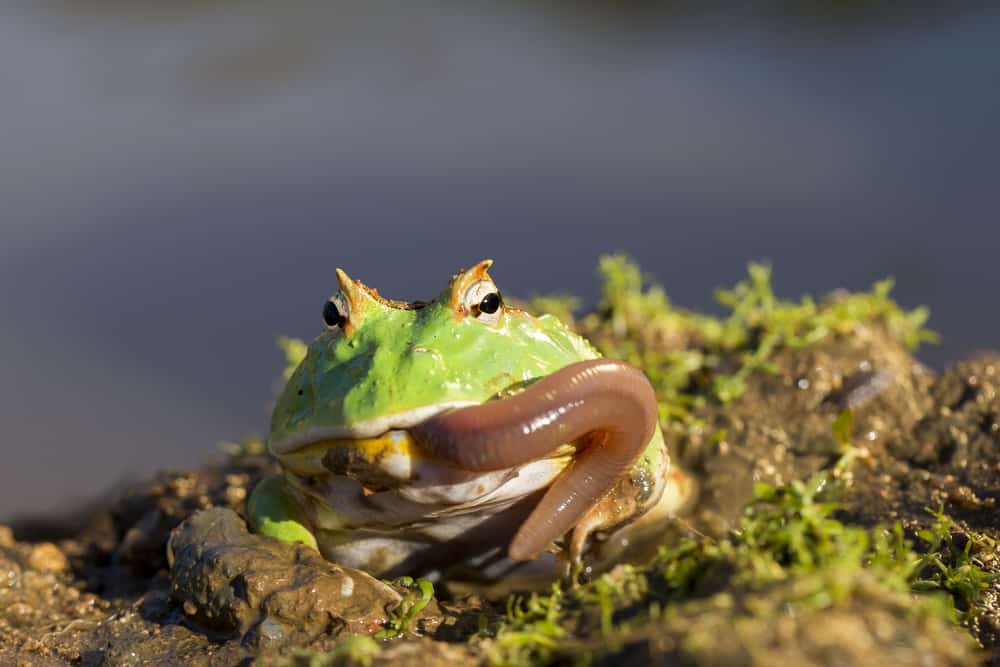 If you intend to purchase a frog to keep as a pet, it is vital to be aware of its dietary requirements: the dos and don’ts.

Every living creature is susceptible to some form of ailment or disease, amphibians included. Countless factors contribute to poor health, the main being what you eat. What foods should you avoid giving them?

There are several considerations to make before feeding frogs. Researching your frog species is crucial for determining your frogs’ habitat’s humidity, temperature, and bedding.

Secondly, you should be aware of the dietary needs of the frogs.

Taking care of these amphibians requires a lot of knowledge, time and, dedication. Are you up to the task?

Although not known for their great looks, they are apex predators in their own right. These amphibians are well capable of surviving on their own in the wild. In captivity, they require a lot of care or will quickly succumb to death.