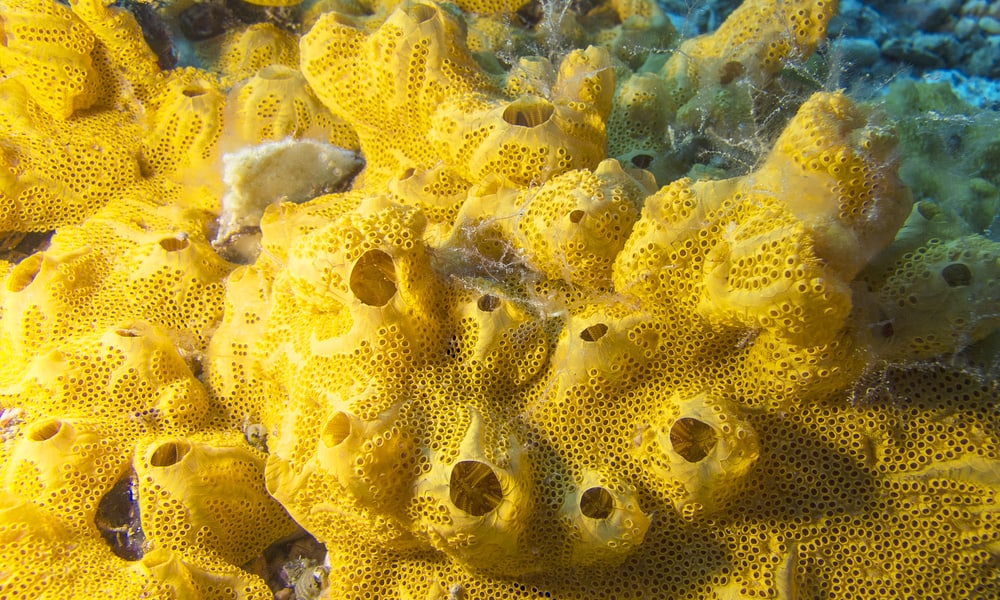 Sponges are animals. Yes! Spongebob is a real sea animal, and the cartoon isn’t entirely fiction. Those sponges you use to wash dishes and bath, some were once alive.

More so, they’ve been around since ancient times and have been of great economic value throughout the ages. What do sponges eat? We’ll discuss this in detail. 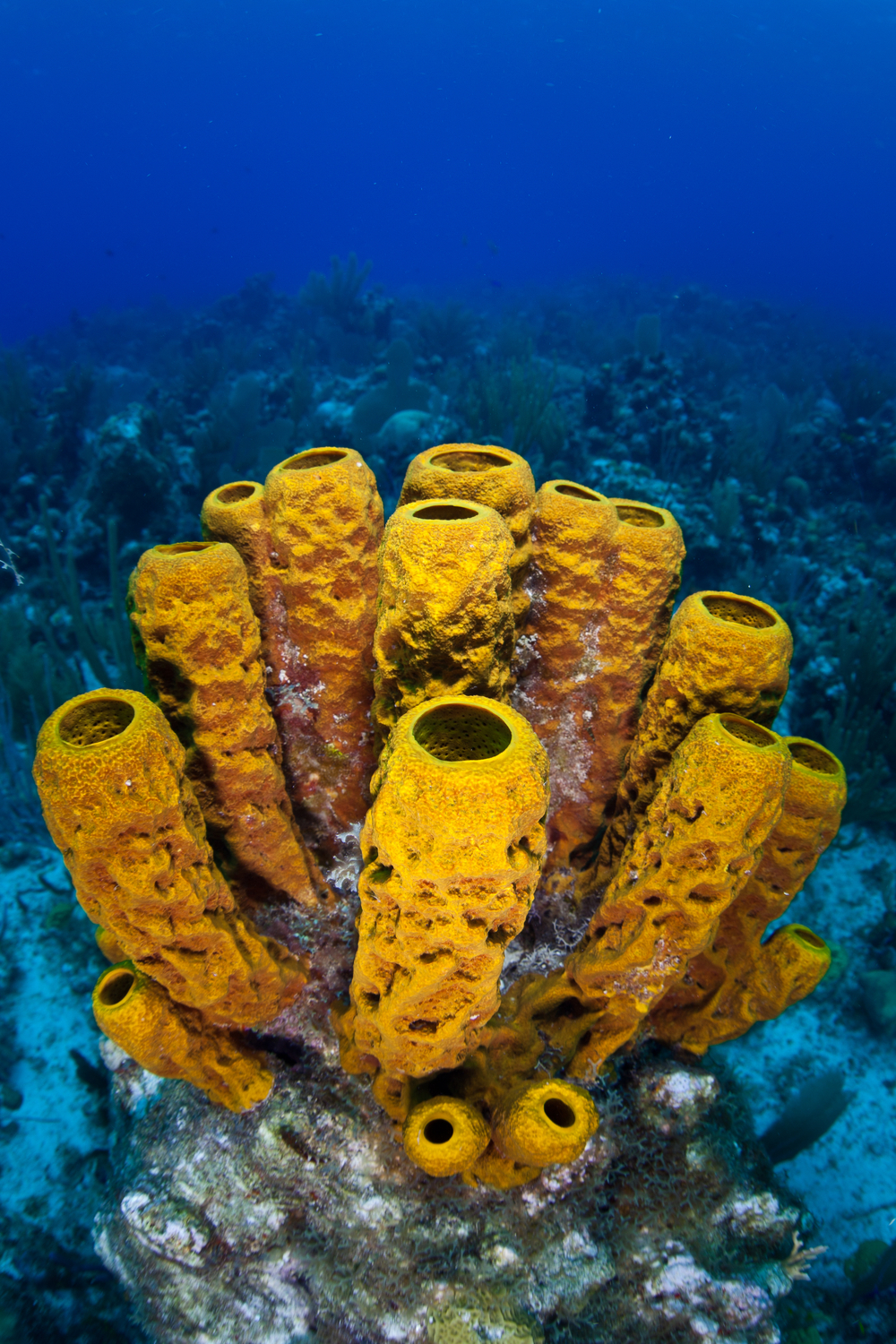 Sponges are said to be among the first sea animals that ever existed. They are multicellular (celled) aquatic animals that inhabit all seas.

The most distinct feature of sponges is that they lack organs. Sponges are basically a mass of living cells and fibers.

Most sponge species are only a few centimeters in size, whereas some can be less than a centimeter long.

They come in different shapes as well. Some can be urn-shaped, tube-shaped, and others may look like branches and may be up to 2 meters tall. Their sizes vary with species, environmental conditions, age, and food supply.

Generally, sponges are hermaphroditic (contain both male and female germ cells) and will reproduce asexually. Most species, however, reproduce sexually.

The lifespan of larger species of sponges tends to live longer than other smaller species. For example, bath sponges (Spongia Hippospongia) may live as long as twenty years.

Sponges also possess the capability to regenerate. They can grow back damaged or lost parts that make up their body.

These magnificent water creatures further act as homes for other animals and organisms. Some organisms that live in them, such as epibionts, act as parasites that live and feed on the sponges.

Sponges are divided into three distinct groups in relation to how their skeletons are made. Demosponges are the group that contains the highest number of sponges. These sponges make their skeletons from sponging (a special protein).

Bony sponges form their skeletons by making use of calcium carbonate. These sponges are usually tiny, typically 3-4 inches tall.

Lastly, glass sponges make their skeletons using silicon dioxide. They are located in the deepest parts of the ocean and make up about 7% of all known sponge species.

What Do Sponges Eat In The Wild? 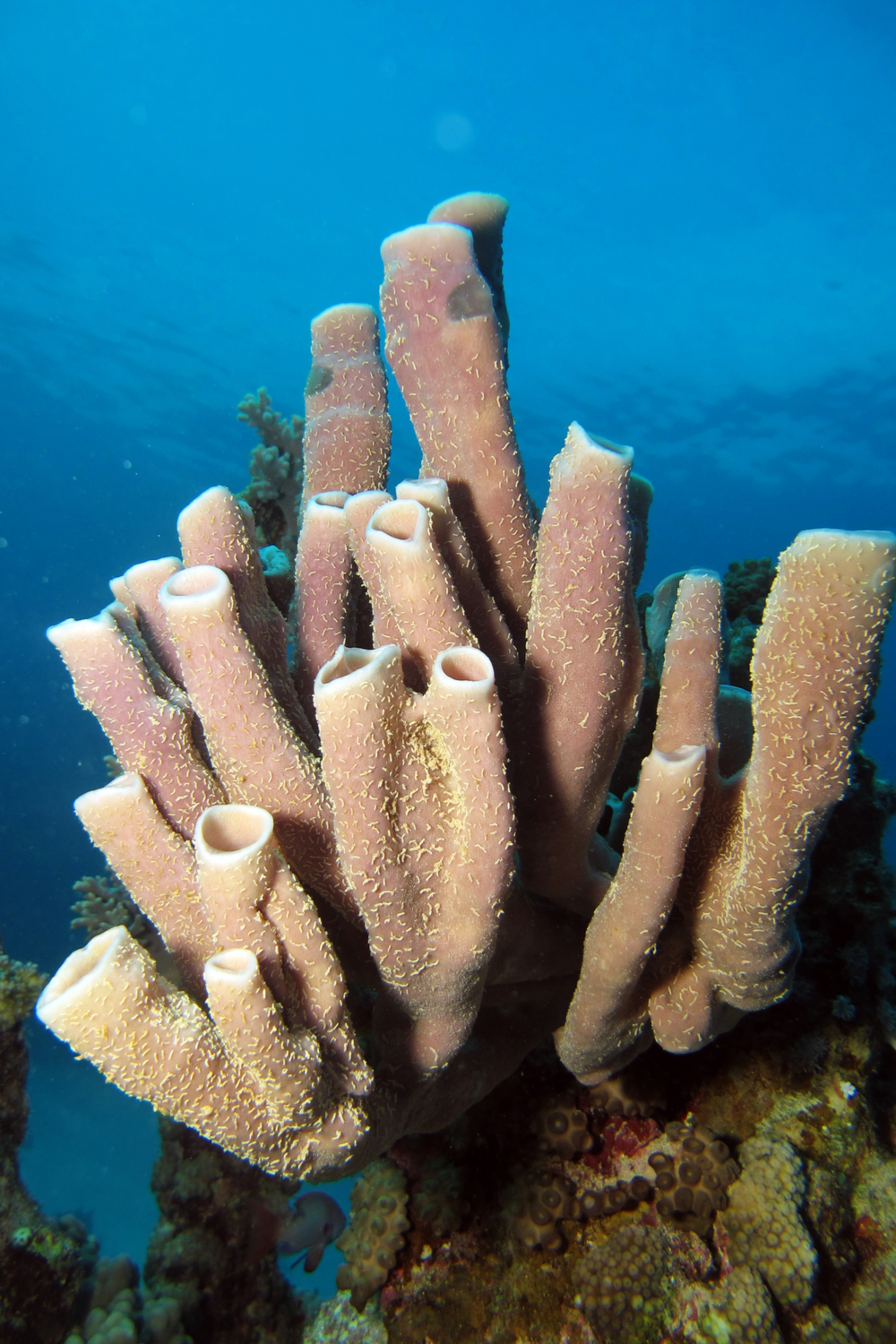 Sponges draw water through their pores, then filter particles for consumption, and finally eject the filtered water from their bodies.

Their feeding process depends on thin structures on their bodies called the flagellum. The flagella sway depending on the direction of the ocean currents, drawing water and collecting particles of nutrients and oxygen.

Furthermore, the flagellum is used to eliminate waste such as carbon dioxide and excess water. The flagella are located all over the sponge’s body which makes them among the most effective feeders.

Most sponge species are detrivores, meaning they feed mainly on organic debris (dirt) particles and other tiny life forms that they filter out of ocean water.

Whatever the ocean currents carry their way, they will consume. Therefore, sponges are not particular about what they eat. They can digest large as well as tiny organisms and particles for sustenance.

Some species of sponges, such as the harp sponge (Chondrocladia lyra), are carnivorous. They have between 2-6 radiating tentacles, which have hooks. The tentacles catch small prey like shrimp when ocean currents push the animal the sponge’s way.

Once the harp sponge captures its prey, it is engulfed and immediately begins to digest it.

Generally, sponges eat the following items either at sea or freshwater bodies:

Sponges are some of the simplest animals that scientists and researchers once classified as plants. They are also said to be one of the oldest living animals.

There are plenty more amazing things about these water-dwelling animals. Below are some more exciting facts about sponges: 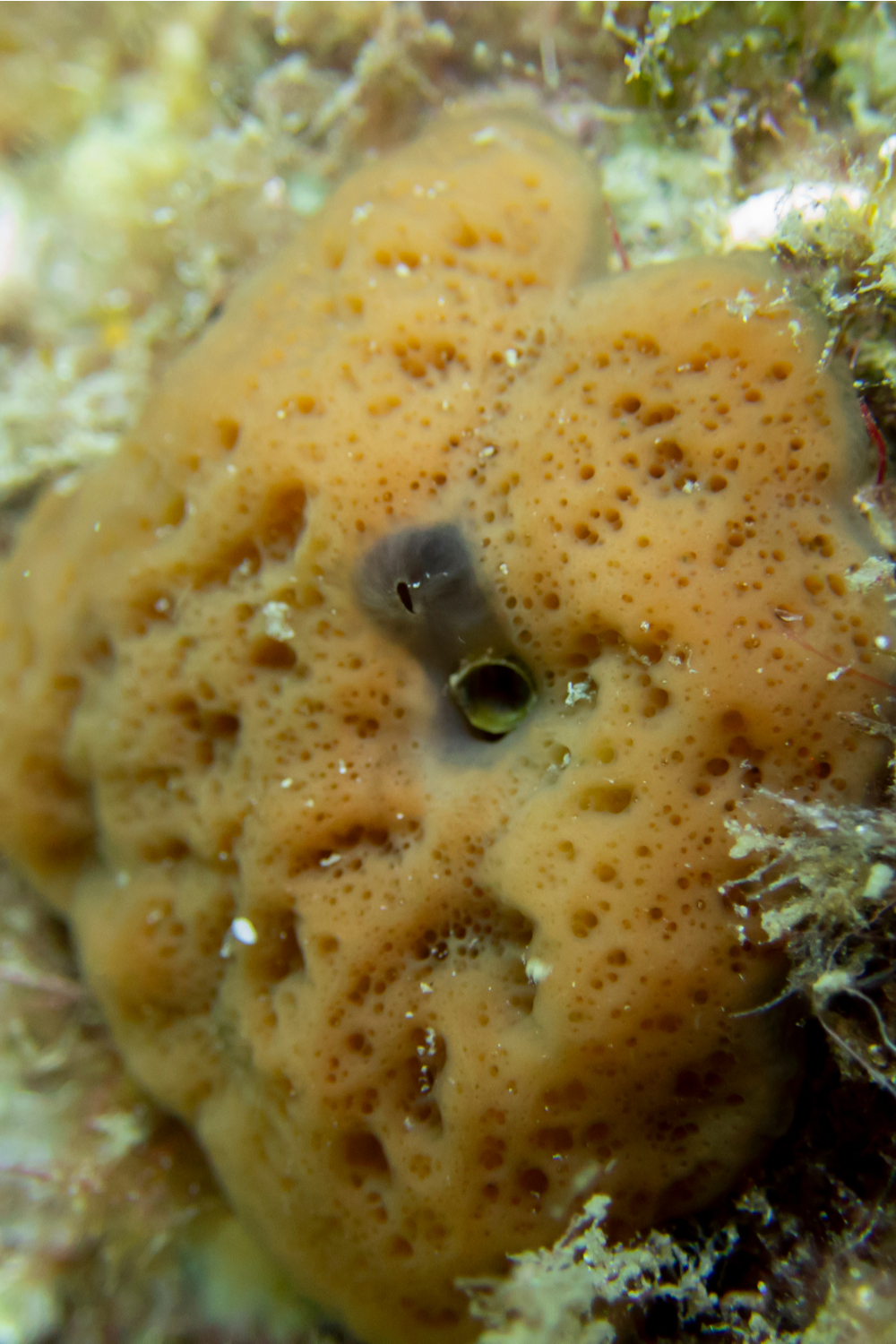 Why are sponges known as sponges?

Sponges name Porifera is derived from a Latin word meaning “pore bearer.”. The name is suitable for sponges as their bodies are covered in skin, one-cell thick, as well as pores.

How long is the lifespan of sponges?

Sponges are said to be the longest living creatures on earth. However, little is known about their lifespans. Some large sponge species found in shallow waters of the world are estimated to live for more than 2,000 years.

Is SpongeBob SquarePants a sponge?

The main character in the American animated series SpongeBob SquarePants is a sponge. Stephen Hillenburg, the series creator, was a marine science teacher who found the sponge highly fascinating.

He felt the animal was underrepresented and thought it weird. SpongeBob usually displays traits typical of real-life sponges, such as filter-feeding. He is an example of the yellow sea sponge species.

Sponges are spread throughout all aquatic environments, whether marine or freshwater bodies. Most sponges play a vital role in cleaning water bodies by eliminating many harmful substances that threaten marine life.

We believe you now hold the answers to “what do sponges eat?”