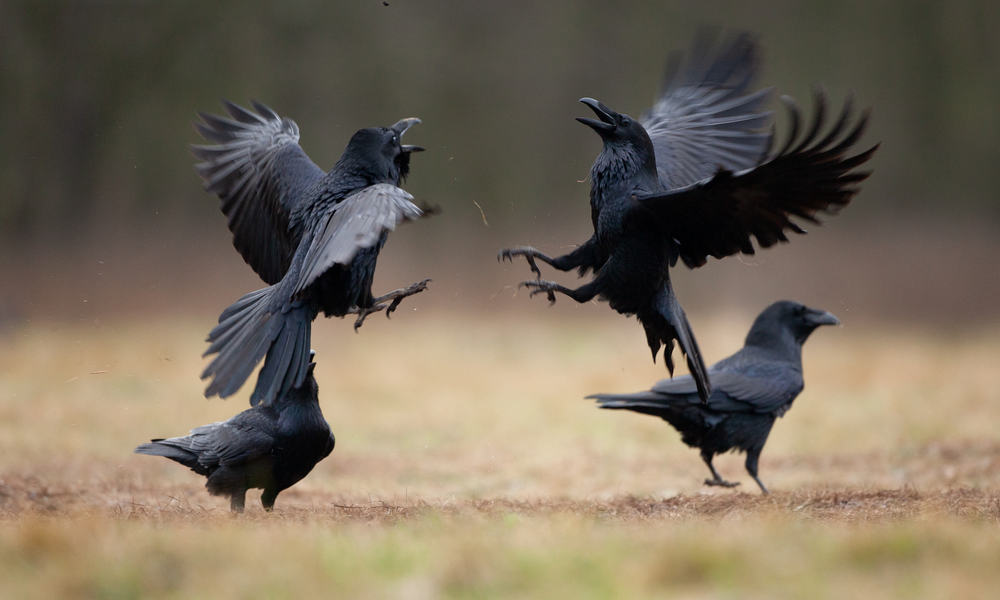 Ravens are typically all-black birds and are sometimes confused for crows. To date, some people still associate these creatures with bad luck. Usually, this is because of how they look.

What do ravens eat? By the end of this article, you’ll have learned two important lessons. Read through to have a better understanding. 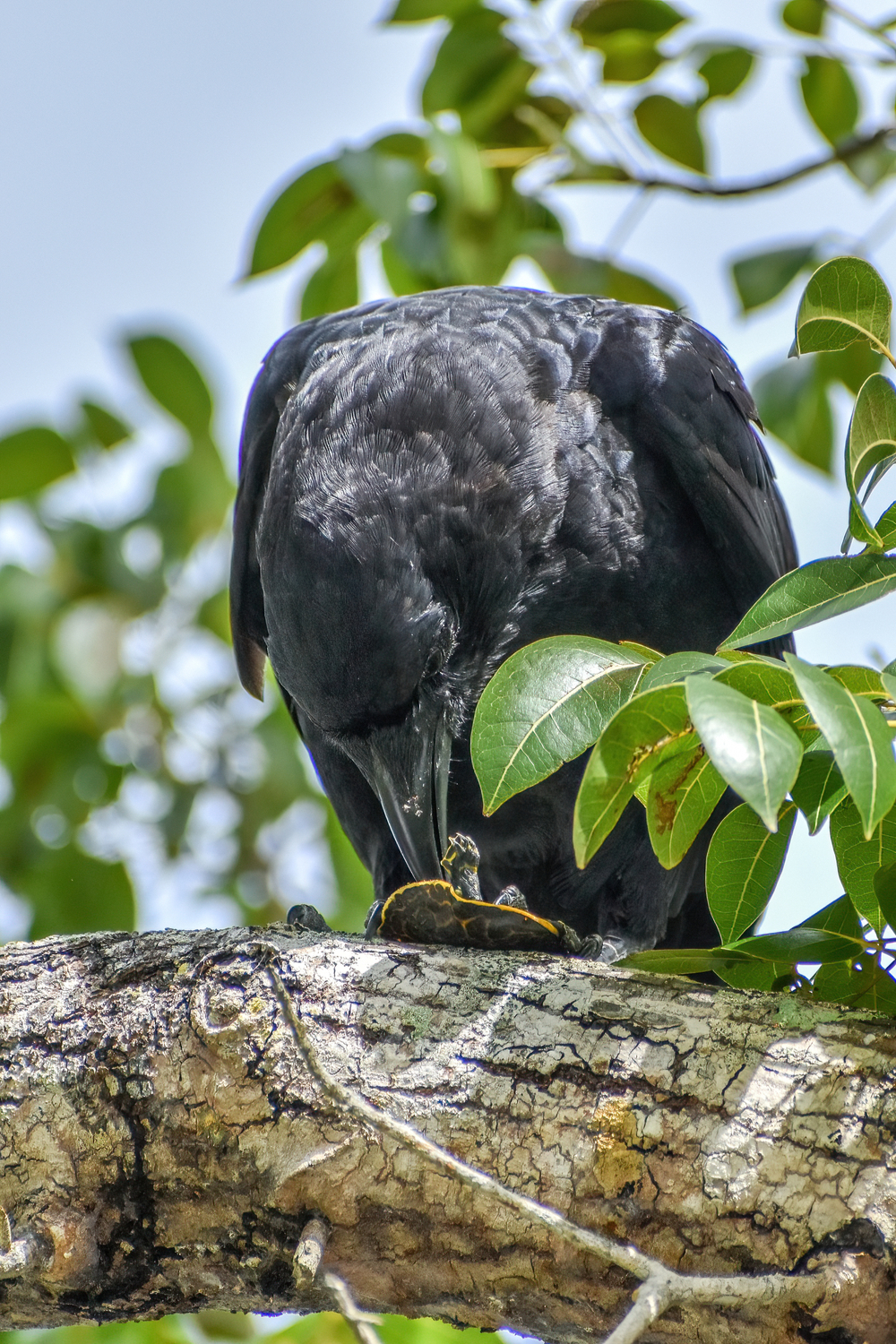 Ravens are large, usually black birds with slightly curved, thick beaks (also called bills). They are part of the same family as crows, where they mainly differ in size.

Aside from its more significant size, ravens differ from their crow cousins by having shaggy feathers and the way they soar, which involves less flapping.

Ravens, like crows, communicate using distinct noises. Their calls can be described as a deep croak that is more distinct than that of a crow. Common ravens have about 30 categories of vocalizations used to interact with one another.

Because of its large size, the company it keeps, and its defensive capabilities, ravens, have few natural predators. Owls, eagles, and martens may prey on the ravens’ eggs.

Ravens almost always succeed when it comes to defending their young and themselves. They will attack by lunging at potential predators with their bills.

The common ravens‘ average length is 63 centimeters (25 inches) and weighs about 1 kilogram (2.6 pounds). These birds can survive in the wild for up to 23 years on average.

There exist only nine species of raven birds, the most known being the common raven. Common ravens only take one partner for life and nest in the same location.

Raven couples usually establish a territory of their own before they begin to breed. You can find their nests anywhere from buildings, utility poles, and cliff ledges in a large tree.

It takes 35-40 days for the young ravens to develop feathers and master the art of flying. They go on living with their parents for 6 more months.

Juvenile ravens will begin courting very early in life, but it takes about 2-3 years to find their life partners.

What Do Ravens Eat In The Wild? 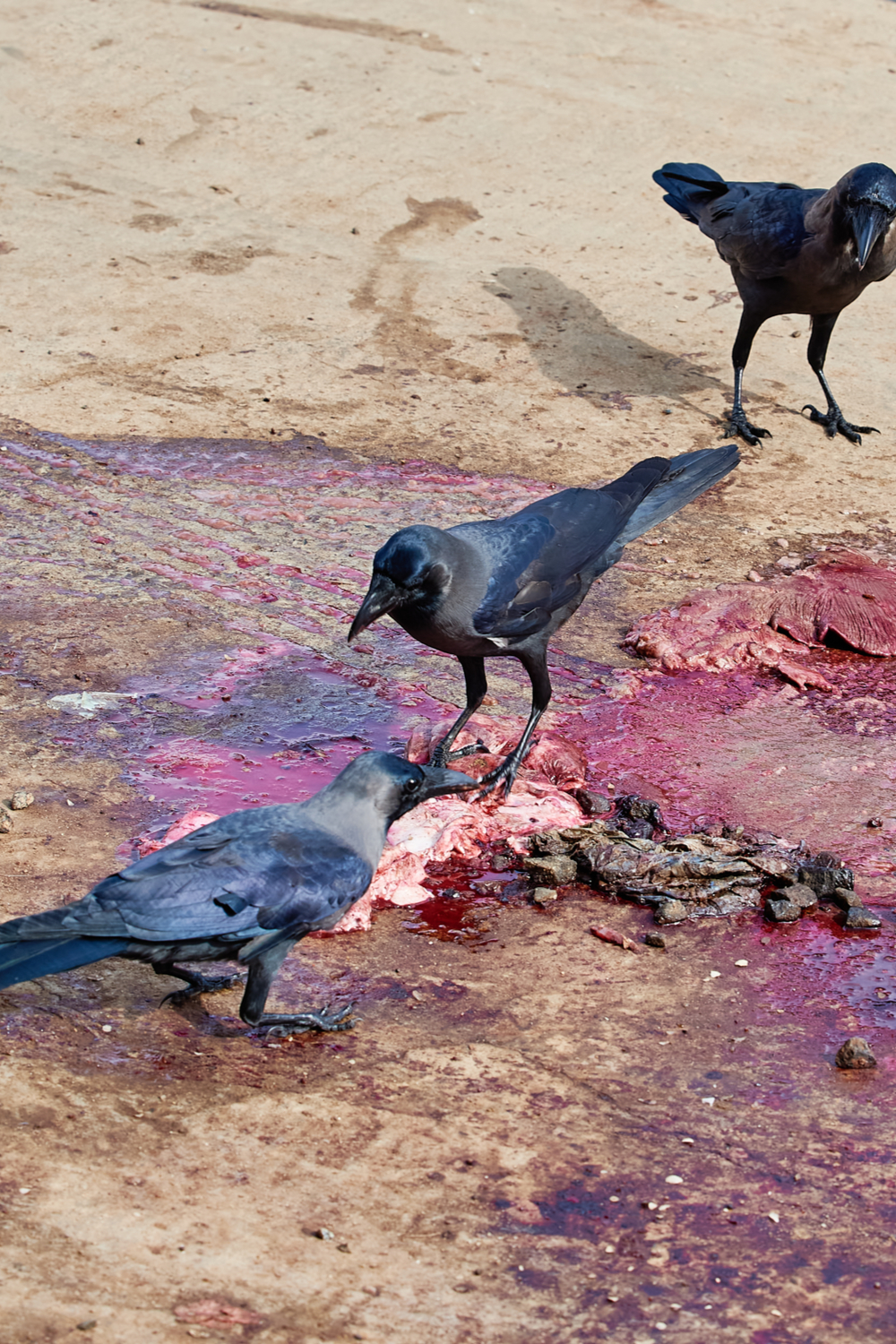 Ravens are omnivores and will eat both animal and plant matter. They are also described as opportunistic feeders as their diets vary with location, season, and good fortune.

In some areas, ravens are mainly scavengers relying on carrion for survival. Because they are not equipped to tear flesh from prey like eagles or vultures, they rely on other predators like the grey wolf to tear flesh or strip the skin off the carcass.

Ravens will raid food storages of other animals like Arctic foxes. They are also predators of birds’ nests, preying on nestlings and fully grown birds when the opportunity presents itself. They will also pick off eggs from other birds’ nests.

Generally, ravens will readily eat the following when available:

Ravens can further be described as kleptoparasites. They steal already captured and killed prey from other predators. Ravens will follow grey wolves as they hunt down and kill prey and, afterward, steal their meal.

Ravens that nest near sources of human garbage have a higher percentage of waste in their diet. Those that live near roads depend on roadkill as the primary source of food.

Young ravens will call others with a series of loud yells to indulge in a filling meal, usually a carcass. They do so to outnumber adult ravens, so they don’t get chased away while trying to feed.

Although ravens will eat almost anything, some food substances prove toxic to these birds. Ingesting these foods may cause health issues or even death. If you fancy feeding wild birds like ravens, avoid giving them the following:

Before feeding ravens, it is essential to know that feeding these birds is illegal in some countries and states. 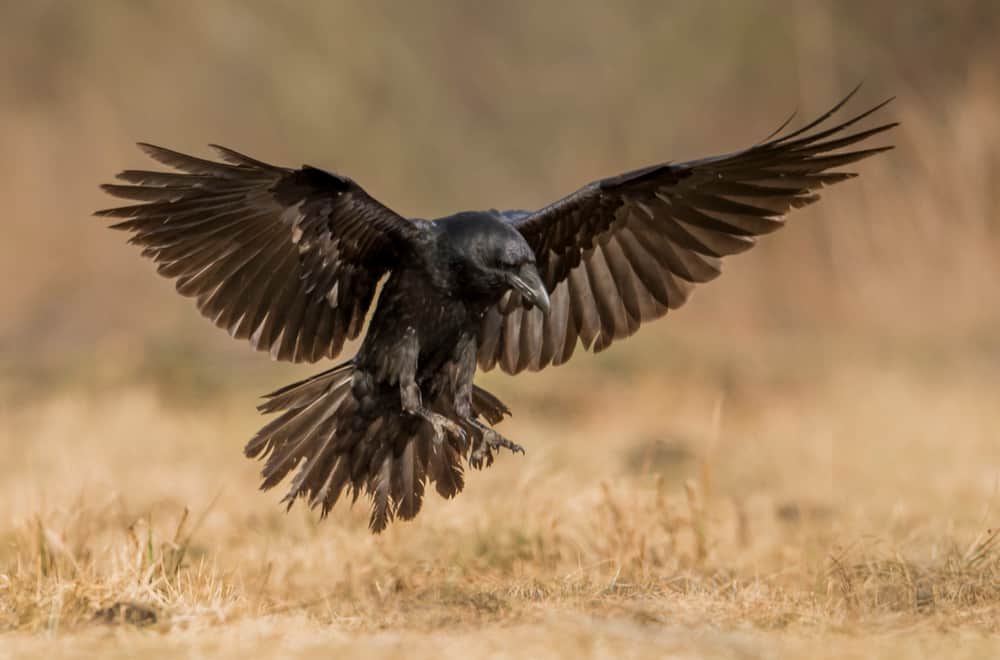 If you find ravens fascinating, here are more facts about them that are sure to blow your mind:

A lot of people confuse ravens for crows and crows for ravens. Regardless of how closely related, there are differences you could use to set them apart. Some of these features include:

Ravens are among the luckiest animals to ‘walk’ this planet. They may not look like much, but their intelligence plays a significant role in their survival.

One! Don’t judge a book by its cover! Two! What do ravens eat? Whatever they want. And there you have it, lessons learned.