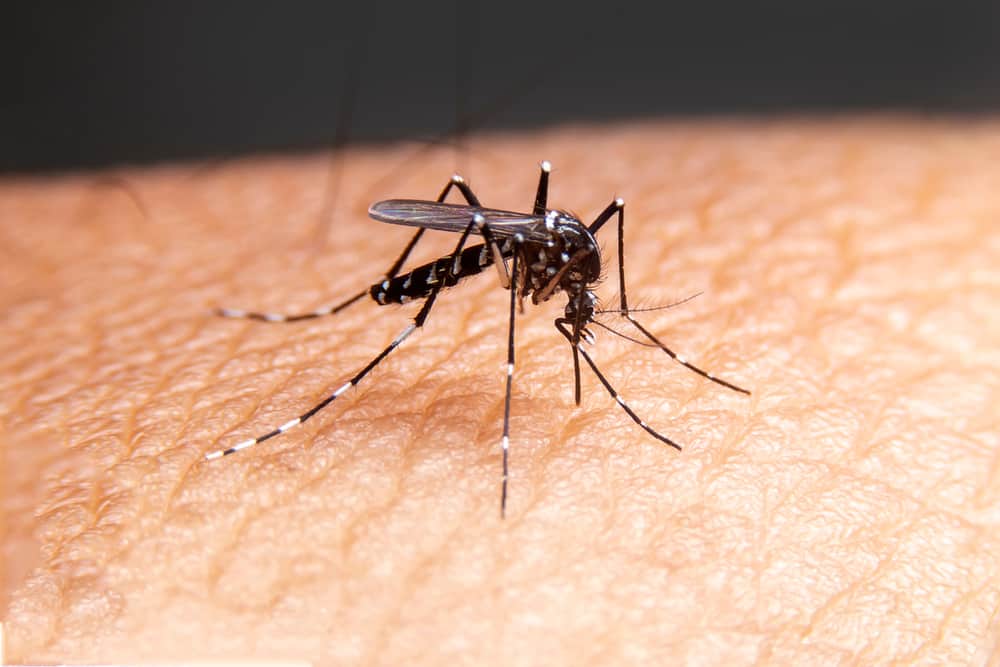 There aren’t many animals out there that cause as much panic to the human race as much as mosquitoes do. These flying insects at best will leave you with an irritating, itchy lump on your skin and at worst infect you with something that can kill you. As far as the typical human is concerned, all mosquitoes eat is blood.

However, that is far from the case. In this article, we are going to look at what else mosquitoes eat, as well as provide you with some advice for the next time you get bitten by one of these annoying little pests.

Before getting on to their diet, we have a few interesting facts about mosquitoes which will be new information for many of you reading this.

The first thing to tell you about mosquitoes is that it is only female mosquitoes that are going to bite you. Of course, both males and females need food to survive but your blood isn’t of any interest to male mosquitoes.

The reason why females latch on to human blood is more to do with necessity rather than taste. They need the protein from your blood in order to successfully produce an egg. Considering they lay around 100 eggs at a time, it is no wonder that they are seemingly so eager for human blood.

On the topic of eggs and reproduction, it doesn’t take long for a mosquito to reach full maturity after they have hatched from their eggs. After about 10 days, they are full-fledged adults and ready to go and suck on human blood for days on end.

Within these ten days, they go from egg to larvae to pupa, meaning there are actually four separate stages of a typical mosquito life cycle. Incredibly though, they have a short lifespan, only living for a couple of months so at least you don’t have to worry about the same mosquito munching on you for eternity.

Although we’ve been going on like mosquitoes are everywhere, and depending on where you live it may seem that way, they are actually very particular about their habitats. The number one priority for the majority of mosquitoes is to be nearby stagnant water. This is because without water then mosquito eggs would never hatch.

During the larva stage of a mosquito’s life, the little wigglers, as they’re known then, feed on organic matter in water, such as algae and bacteria. As a result, they need to be around water to develop enough to transform into mosquitoes.

The final important thing to draw to your attention is the fact that mosquitoes are the deadliest animals on the planet. On average, they are the reason for over one million human deaths each year due to their ability to transmit diseases to people during the blood-sucking process.

What Do Mosquitoes Eat? 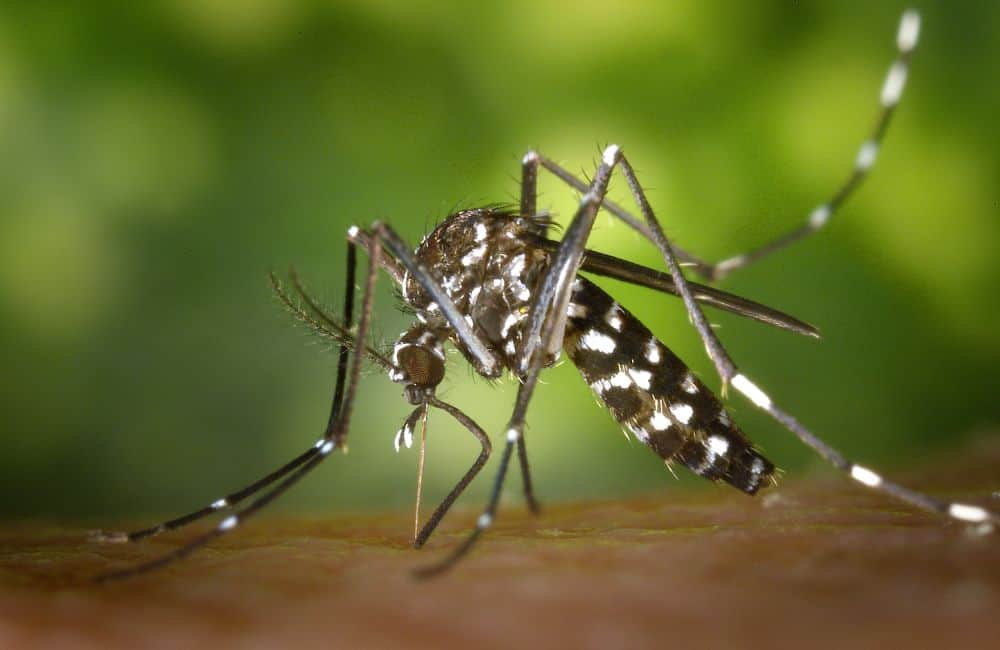 As 99% of people are aware, mosquitoes do enjoy a blood meal. But there is more to their diet than just that. After all, male mosquitoes don’t go near humans so they’re going to need something else to survive.

The main food source for mosquitoes aside from blood is plant nectar. On top of that, they are also partial to honeydew and plant sap. Frequent sugar intake is very important to mosquitoes with the juices from flowers giving them the energy they need to fulfill their daily objectives.

It’s worth mentioning that it isn’t just human blood that mosquitoes are interested in. As we said earlier, it’s a necessity for female mosquitoes to eat blood so they aren’t particularly fussy about the source of the blood, just as long as they have plenty of it.

Other animals which are on the receiving end of mosquito bites include birds, lizards and amphibians. They are particularly interested in sweat due to the sugar found in sweat, so any animals that are dripping in sweat while nearby a mosquito could be in trouble.

Their desire for blood sees them on average eat 3x their body weight in blood each and every day. This would be like an average male in the United States of America eating/drinking around 90kg of food/water every day.

While many of us would rather see the back of mosquitoes forever, their eating habits do actually provide a service to our ecosystem. Not only do they pollinate in large numbers, but they also act as prey for other animals higher up in the food chain. 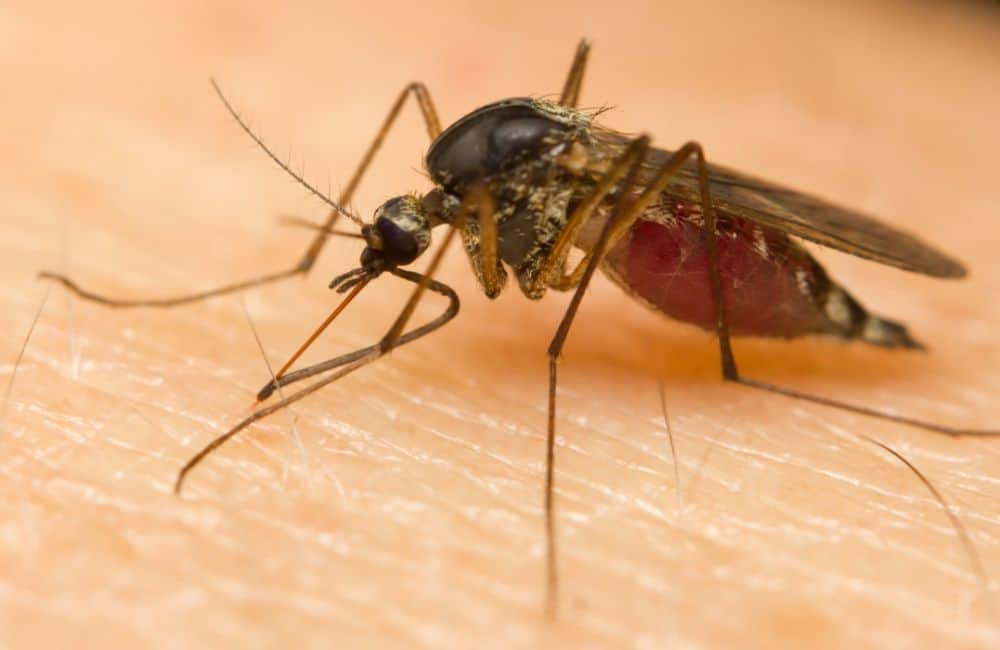 While we’re talking about predators, we may as well let you know which animals in the food chain are most likely to hunt for mosquitoes. You will notice that all of these animals lurk on or in lakes and ponds which makes mosquitoes quite a stress-free target.

Their most common predators include:

One predator that is worth looking at in greater detail is the mosquitofish. These small fish have essentially been groomed to try and deal with mosquito populations and are really called Gambusia Affinis.

They are thought to be the most prolific mosquito predator and usually wipe them out before they reach adulthood, eating the mosquito larvae that live on top of freshwater for the duration of their cycle before becoming adult mosquitoes.

These fish aren’t much used for mosquito population control once adulthood is reached, which is when the likes of bats, dragonflies and purple martins come into their own. Adult mosquitoes are fairly slow for a winged animal, only traveling at around 2mph meaning they aren’t the most difficult of prey to get hold of.

However, despite that, there is no predator out there that is particularly effective at controlling/killing mosquito populations which is a problem in countries with poor healthcare and treatment options.

How To Get Rid Of Mosquitoes?

Considering we’ve just said that there are no predators out there that are good at controlling mosquito numbers, you may well be panicking at the thought of them taking over the world. With that in mind, here are some steps that you can take to prevent yourself from experiencing a mosquito problem.

How To Deal With Mosquito Bites? 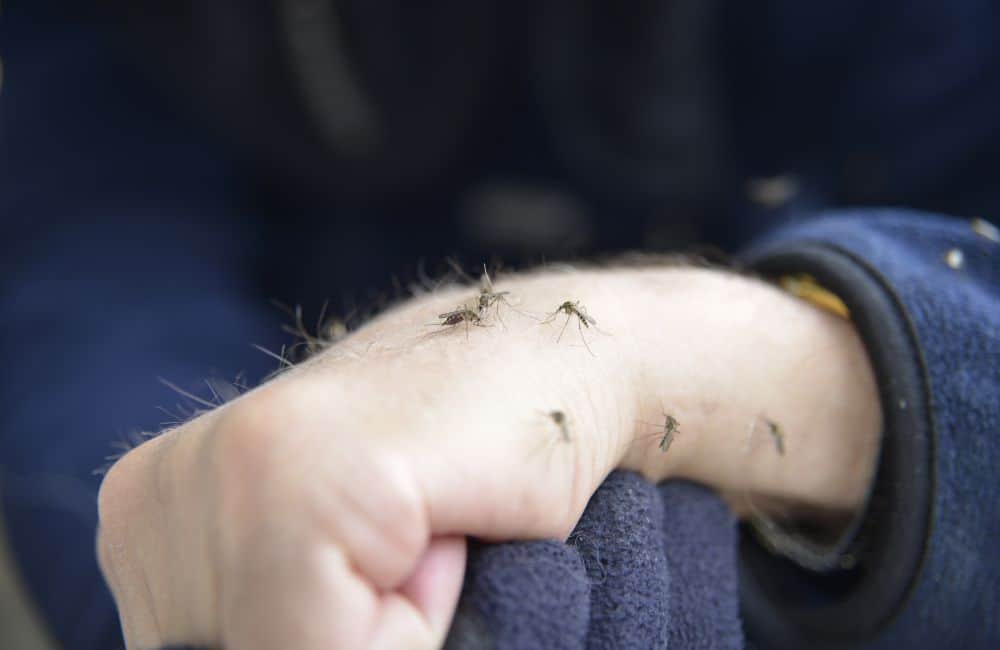 Mosquito bites can be incredibly irritating on the surface, but under it, they could be doing even more damage to your body. Here is a step-by-step process on how you should react if you are ever bitten by one.

To conclude, mosquitoes are very deadly animals and should be treated cautiously. While they do eat things other than human blood, it is still a big part of their diet. To avoid the mosquito issue altogether, you can adopt the advice we’ve provided above and then reduce the chances of you ever getting bitten by one.