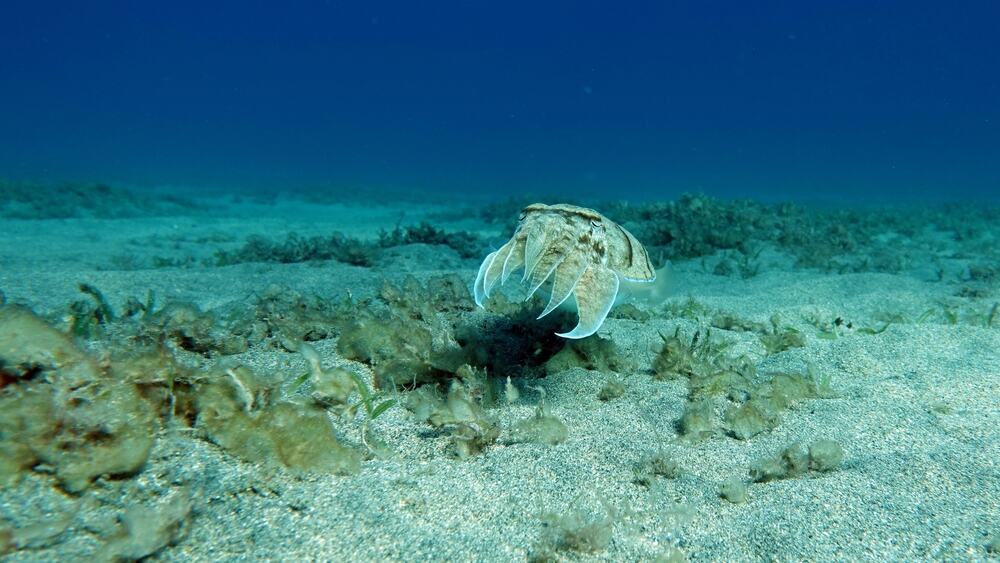 Did you know that oysters, from which pearls for your stunning jewelry are harvested, are also mollusks? In fact, pearls are the encapsulated irritants produced by these Bivalves mollusks as defense mechanisms. Interesting, isn’t it?

Mollusca is one of the well-known, well-studied, and diverse invertebrate phylum. In this post, we’ll elaborate on what mollusks eat. Are there herbivores? Are they carnivores? Read on to find out!

Mollusks are members of a phylum comprising invertebrate animals, Mollusca. A study published in 2014 has estimated about 70,000 to 76,000 extant Mollusca species.

Mollusks have diverse habitats. While most of these invertebrates are marine, they are also found in freshwater as well as terrestrial habitats.

The exact species number of every phylum classified by science remains incomplete yet. As of now, Mollusca is speculated to be the largest marine phylum and the second-largest overall.

While some mollusks have been adored by humans as pets, some of these species are exploited for jewelry, and the majority are even enjoyed and served as delicacies in many cultures worldwide. 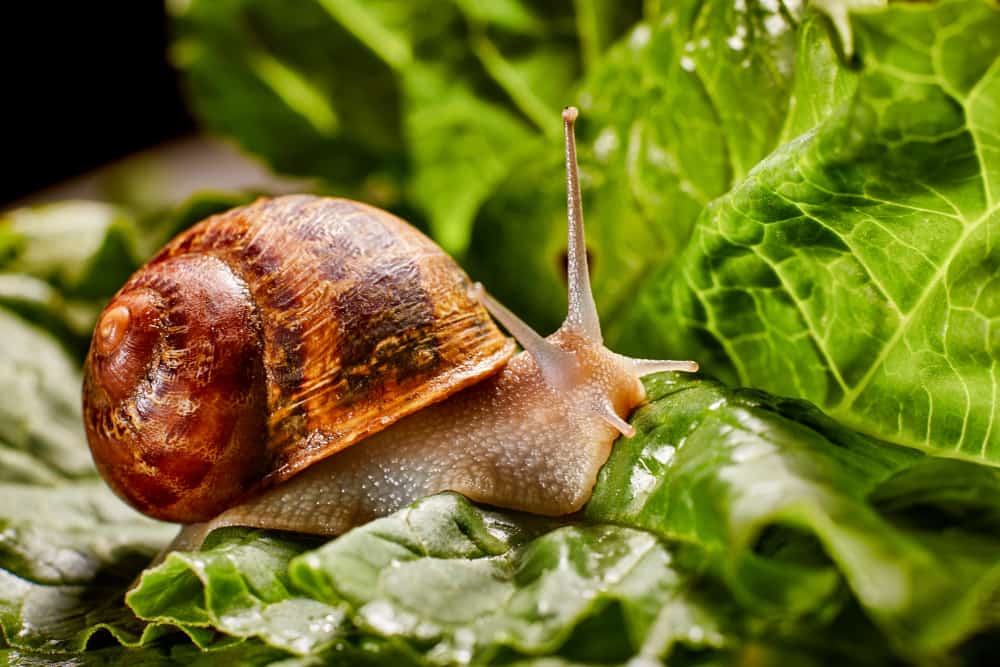 An interesting fact about mollusks is that these invertebrates in this phyla differ significantly morphologically. Many mollusks have soft bodies to hold all the internal organs in and a dorsal mantle to cover their body. Moreover, all mollusks’ anus and genitals open into the mantle cavity.

The outer epithelium of these shelled invertebrates secretes Conchiolin, a tough protein that forms the organic matrix which deposits the inorganic calcium carbonate crystal, Aragonite.

For instance, a single shell in the case of snails can be witnessed. Likewise, Bivalves such as scallops and clams have two shells as their outer covering. And in some mollusks, no shell can be witnessed at all.

Shelled mollusks often have feet for locomotion and burrowing. That being said, in many of these invertebrates, such as octopuses and epimenia, using their tentacles or the body itself is how mollusks move. 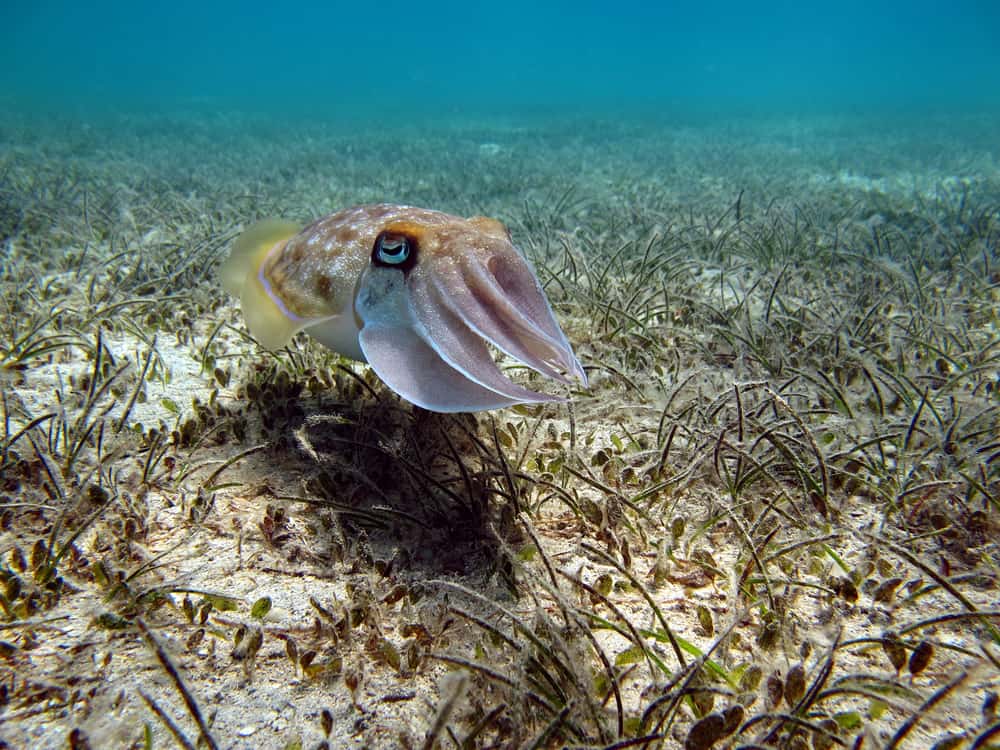 While most mollusks rely heavily on a herbivore and planktivore diet, some of them live on a carnivore and even on an omnivore diet. In general, big muscular Cephalopods are strictly meat-eating. That being said, smaller Cephalopods such as squids relish an omnivorous diet.

What’s more, snails and slugs even enjoy a detritivorous diet where they feed on decaying plants are animals. Many Polyplacophorans are largely herbivores and are prey to other big mollusks and marine predators. Nevertheless, they do occasionally feed on bacteria and smaller invertebrates.

How do Mollusks Feed? 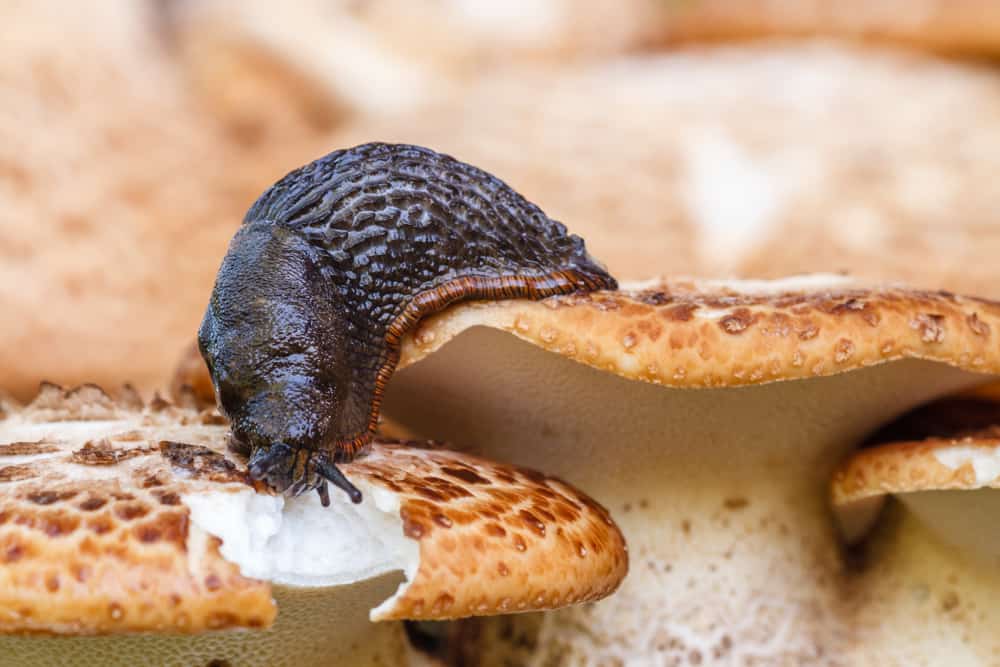 As we’ve discussed above, the morphology of different types of mollusks varies immensely, and so does their feeding mechanism.

In case of mollusks with highly muscular and capable tentacles, such as octopuses and skids, the prey is secured with the brain-coordinated tentacles. Octopuses hold the prey in place with the help of suckers and inject them with venom.

Many mollusks have a teeth-covered structure called a radula, which aids them in feeding. These teeth are made up of chitin and are coarse. These teeth are topped with Magnetite in some chiton, further hardening the structure.

Some Gastropods, such as snails and slugs, use their radula to scrape off algae, while some carnivore mollusks use them to puncture the shells of other mollusks and feed the soft body within.

In some cone-shelled mollusks, the harpoon-shaped radula is used to secure the prey. Bivalves have cilia on their gills. These invertebrates, such as clams, oysters, and scallops, are suspension feeders and are known to filter-feed their prey.

What do Mollusks Eat? 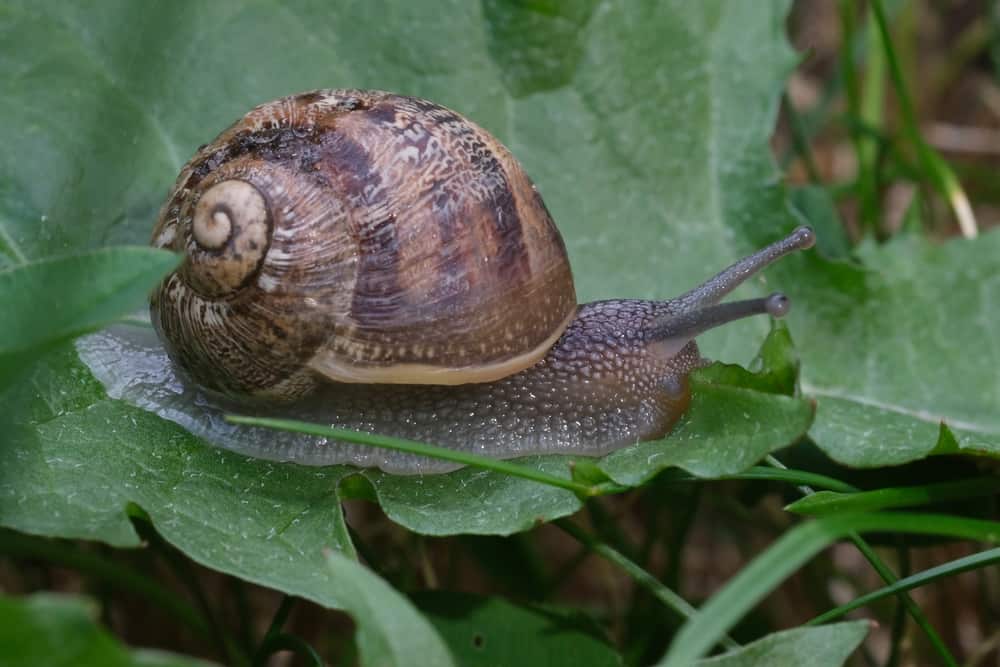 As we’ve discussed before, the dietary habit of mollusks is very diverse. It would be fair to say that many mollusks have evolved to eat just about anything.

Big muscular Cephalopods are voracious eaters with crabs, small mollusks, sardines, shrimp, crustaceans, and small fishes making up the majority of their diet. These invertebrates have chemical receptor which helps them locate prey and filter out unwanted ones.

A majority of smaller mollusks, including bivalves and squids, rely mainly on a planktivore diet. Bivalves such as clams and scallops, filter-feed submerged algae, and phytoplankton.

Polyacropharons also rely on rasping organic matter and algae off of rocks. However, some chitons can be predatory and capture smaller species under their mantle fringes.

Terrestrial snails and slugs rely mostly on a plant diet. Having said that these species, taste almost every organic and inorganic matter on their way within their crawling distance.

They feed on fungi, animal matter, decaying matter, and even soil and rocks. It would be safe to say that these mollusk species are omnivores and detritivores.

Likewise, marine snails such as periwinkles and conchs are plant-eaters. They scrape seaweed and algae off of rocks for survival.

On the other hand, oyster borer and whelks sea snails are predatory and puncture or open smaller shelled-mollusks to feed on them. 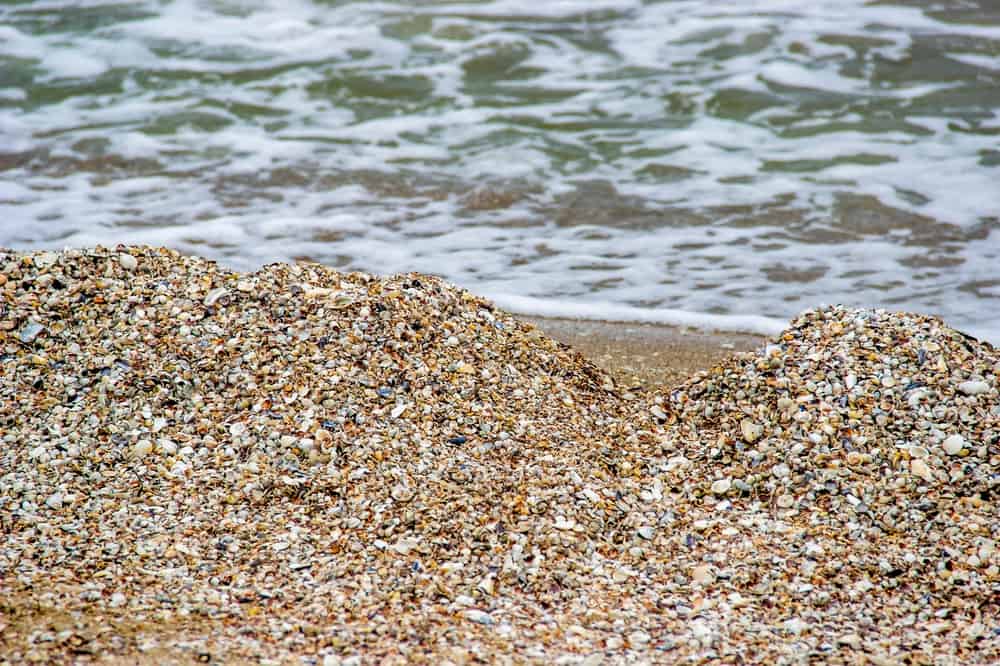 Currently, there are 7 classes of mollusks identified. The Rostroconchia and Helcionelloida are the two extinct marine mollusks classes that were recognized thanks to fossil studies. Below are a brief description of seven extant mollusks classes.

Gastropods are classified as one of the most common and abundant mollusks species. They are also the most diverse kind of mollusks found in nature.

In fact, of the nearly 100,000 species of mollusks known to us, there are over 60,000 gastropods. Some of the most common kinds of gastropods are limpets, whelks, abalones, venomous cone shells, shell-less nudibranchs, sea hares, sea slugs, and periwinkles.

Tightly enclosed by a hard shell, Bivalves are headless and feed themselves by propelling seawater across their gills. Some of the most common types of bivalves are oysters, clams, and scallops.

With their head attached to their feet, cephalopods have at least 8-10 arms/tentacles, two eyes, a mantle, and a siphon. Cutter fish, octopus, and squid have hard skin covering their soft body, whereas nautilus has hard shells covering their body.

Also known as “Tusk Shells,” this species of mollusks have a conical shell that, as the name suggests, looks like tusks. The shells are somewhat curved to the dorsal side. The shell of Scaphods is open at both ends and is found at the bottom of the sea.

Scaphopods spend their lifetime buried under sand or mud, and only a little part of their shell is exposed to water and feeds on foraminiferans.

About 750-1200 species of scaphopods are known to us, of which about half of which are extinct species. Fissidentalium, Gadila, and Gadilida are a few Scaphopods mollusks.

Also known as Chitons, this group of mollusks is found on the rocky and coral part of the sea. Exclusively marine, these invertebrates have eight valves on their shells that cover their soft body.

There are about 650-800 kinds of these mollusks known to us. They feed on algae that are attached to the rock and other organisms like bryozoans and sponges. Any rocky bottom of the sea all over the world houses this species.

Of all species of mollusks known to us, this particular kind is said to be the most primitive of them all. Monoplacophorans are found in the deep sea and are exclusively marine.

About 20 different species of Monoplacophorans have been identified to date. They have a single cap-like shell giving this species a ‘limpet’ appearance. Neopilina galatheae is one of the most well-studied Monoplacophoran species. This class of mollusks is generally detritivores.

Aplacophora comprises two Mollusca classes: Caudofoveata and Solenogasters. Caudofoveates are worm-like mollusks that burrow into the seabed. They lack shells but are covered with calcareous scale-like structures.

Solenogasters also lack shells and resemble flat or cylindrical worms. The majority of mollusks in this class are blind. In total, around 350 Aplacophoran worm-like mollusks are found to be extant on our planet. Lepidomeniidae, Neomeniidae, and Acanthomeniidae are some Solanogaster families.

We hope that we were able to provide you with answers to your mollusk diet-related queries. As we’ve mentioned above, the dietary habit of mollusks is not one size fits all. They vary immensely from planktivores to detritivores to strictly carnivores.

Do you have more queries regarding mollusks and what they eat? If yes, feel free to share your doubts and questions below. We’ll get back to you as soon as possible!