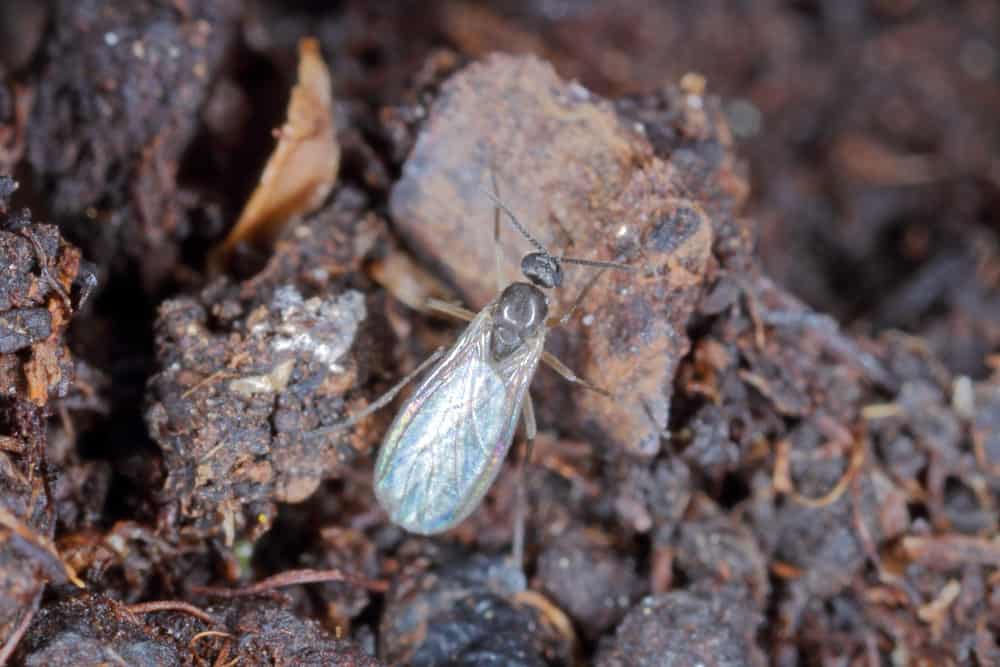 If you’ve ever found a swarm of gnats in your home, you might be wondering why they’ve arrived. Most gnats move to find a food source and lay eggs, so if you find out what they eat you can find the source of the problem.

Gnats generally eat rotting fruits, vegetables, and organic matter. Organic matter can include rotting plants, carrion, the slime that builds up in and around your kitchen sink, and even bodily fluids. Baby gnats, on the other hand, eat whatever environment they grow in, and some species of gnat larvae don’t eat until they become adults.

Let’s learn more about what pesky gnats eat and how to get them out of your home once and for all.

What Do Gnats Eat? 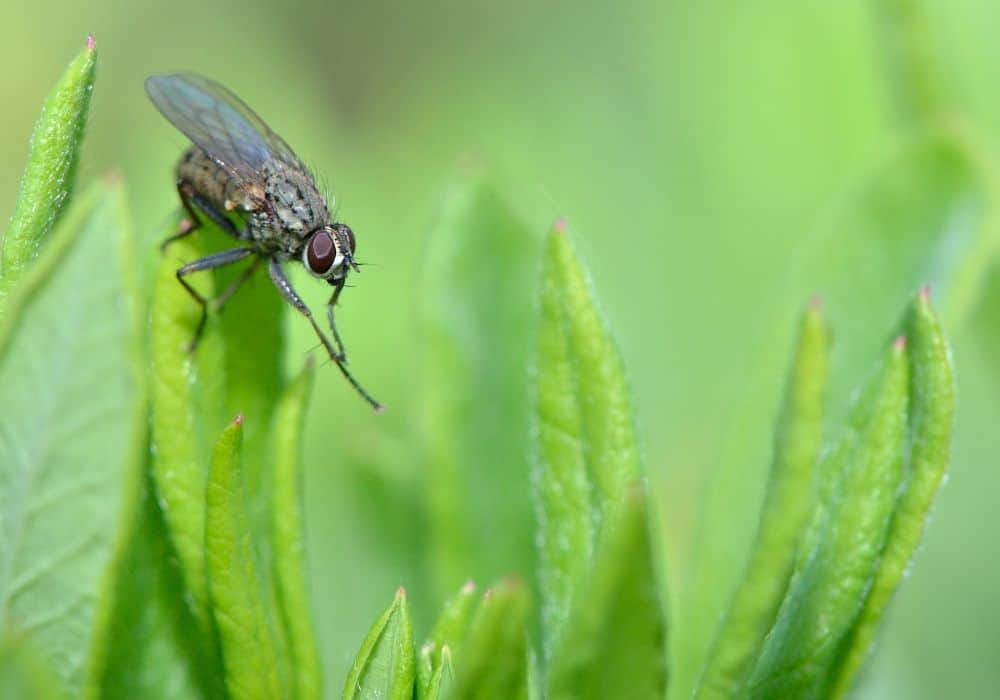 Gnats are tiny creatures with a large appetite, primarily feeding on overripe or rotting fruits and vegetables. They are attracted to the smell of fermenting plant matter, such as wines and certain liquors, as well as decomposing organic matter.

Organic matter is anything that used to be alive and is now decomposing into the soil. If it is decomposing and moist, you’re likely to see gnats surrounding it looking for their next meal.

Gnats have a varied diet depending on the subspecies. This could include algae, compost, fungus, manure, rotting plant roots, flower nectar, blood, decayed animal carcasses, or organic “slime” that builds up around things like kitchen drains. Some species have even been known to eat bodily fluids of both humans and animals that are secreted through the ears, mouth, nose, or open wounds.

What Do Baby Gnats eat?

Gnats begin as an egg and then go through four larva stages before becoming a pupa, the final stage before adulthood. Depending on the gnat species, the mother will lay her eggs in water or in damp areas where baby gnats can feed on fungus from decaying plants or organic matter.

In the home, baby gnats are often found living in damp soil in flower pots, on decomposing fruit or vegetables, in dirty drain lines, in garbage disposals and bins, or in compost piles. They use these “homes” as food sources.

What Do Different Types of Gnats Eat? 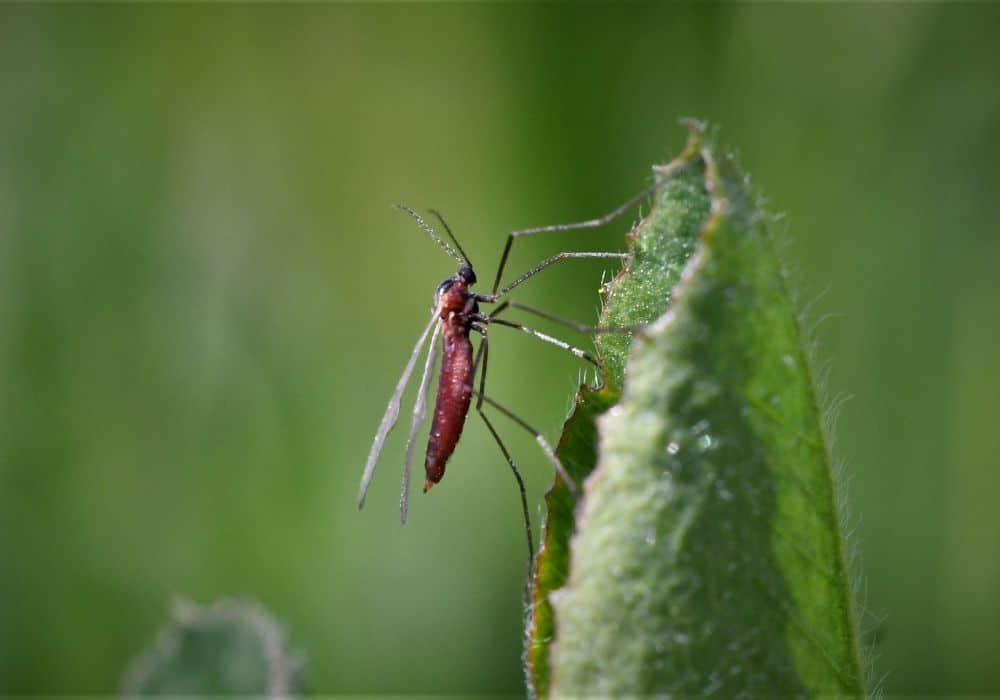 There are more than 600 species of gnats in North America alone. Different species have different diets.

How Much and How Often Do Gnats Eat? 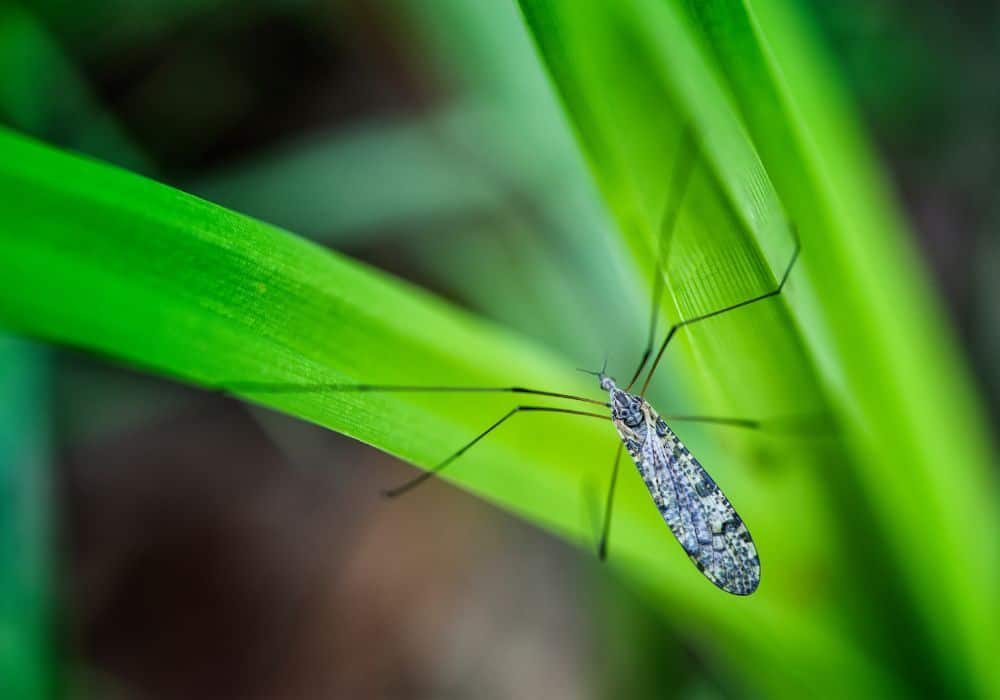 Most species of gnat larva eat constantly once they hatch, sometimes even eating away completely at your houseplants’ roots. Oddly enough, some types of gnat larva don’t eat at all, surviving without food until they become pupae.

Adult gnats will eat whenever there is decaying food around. They have a short life cycle of only four weeks and will need enough sustenance to live and reproduce multiple times during that time.

Most gnats eat decaying matter – especially soft fruit – which is why some gnats get confused for fruit flies. The truth is that gnats will eat whatever environment they are born into, although some species of gnats do not eat as larvae at all.

Another special eating behavior of gnats is limited to females. To have enough protein to lay eggs, many female gnats will consume blood from humans and animals. Otherwise, gnats don’t bite often, and male gnats never consume blood.

How to Get Rid of Gnats?

Gnat infestations can get frustrating and make any environment seem dirty.

The most common unwanted house guests are fungus gnat larvae that live in and around your plant pots and leaves, especially in overwatered soil. To get rid of them, you will need to let the soil completely air dry or repot the plant in fresh, dry soil.

Baby gnats need a moist environment to survive, so drying out the soil will kill them. For a pesky adult gnat infestation, you can try sucking them up with a vacuum while they swarm the plant. If the plant is too far gone with gnats, you may have to get rid of it altogether.

It’s also a good idea to keep your house as clean as possible to make sure nothing is decaying. Keep fruit and vegetables in a container or your refrigerator. Make sure to keep your sink, garbage disposal, and pipes clean and use them often to flush out any gnats. You can also get an indoor fly trap.

If you leave your garbage cans in the open or let your fruit overripe in the kitchen, don’t be surprised if some gnats make their way into your home.

These tiny bugs love to eat all moist and decaying organic matter, especially fruits, vegetables, and other rotting plants. Some are even omnivores and eat carrion or bodily fluids.

Be sure to cover any food or use plastic wrap to keep it out of the insects’ way. If gnats have become pests in your home, be sure to eliminate their food source or home and keep all rotting organic matter in tightly closed trash cans.

What Do Gnats Do to Humans?

Most gnats just fly around humans and become bothersome, especially eye gnats which are attracted to humans’ eyes, noses, and mouths. Some species do initiate gnat bites, which causes cause tiny, red bumps that can get irritated and itchy.

What Are Gnats Attracted to the Most?

Most gnats are attracted to sweet, fruity smells such as gardens, fruits, vegetables, garbage cans, perfumes, and body washes. They are also attracted to body heat and moisture, including sweat, as well as the wetness of eyes, mouths, and noses.

What Is a Gnat’s Favorite Food?

Sweet fruit, vegetables, flowers, houseplants, honey, vinegar, and anything decaying in a garbage disposal or bin is a gnat’s favorite food. Be careful of leaving out overripe apples, potatoes, and other foods.

What Do Gnats Eat Indoors?

Indoors, gnats will try to eat houseplants, specifically any roots in moist soil. Gnats also love fruits and vegetables that are not covered and sitting out.

They will be drawn to anything sweet and decaying, so you’re likely to find gnats in and around your trash can, garbage disposal, and fruit bowl. Gnats will also eat honey and apple cider vinegar, so make sure both of these are stored properly.