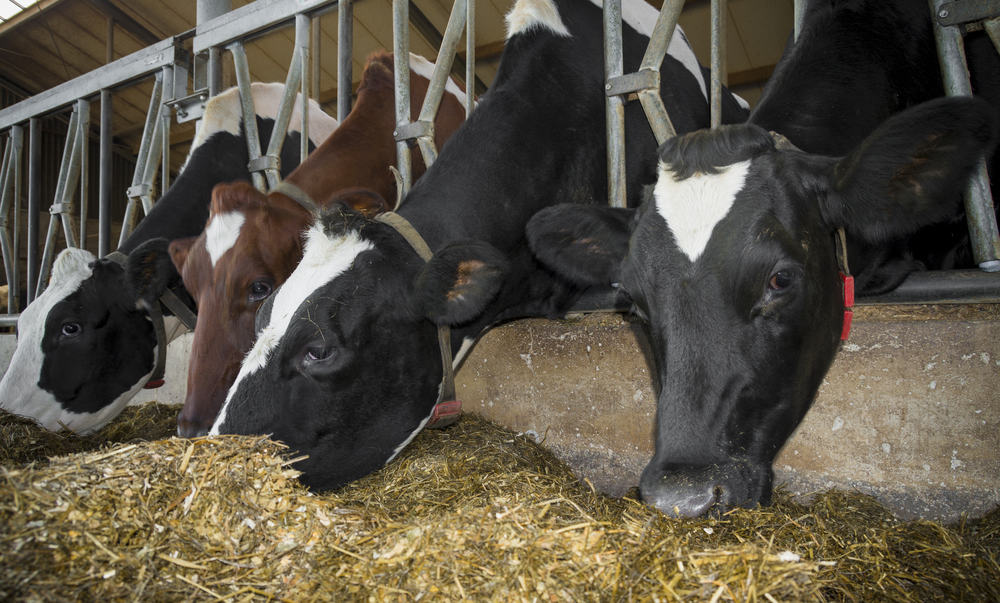 Why is it cows don’t understand what you say?  This is because it goes in one ear and comes out the udder! People primarily keep cows for beef and milk production.

We all know they eat grass, but besides that, what do cows like to eat? Let’s find out, shall we?

Cows are diurnal mammals, meaning that they are active both day and night. They spend a better part of the day grazing and spend their nights chewing and digesting foods consumed in the daytime. This behavior is known as chewing cud.

Domesticated cows sleep for an average of about four hours a day.

Cows have fewer teeth than other animals to assist them in feeding. They lack incisors on their upper jaw. Instead, they have a tough, leathery pad. In addition, they have an immovable upper lip in comparison to goats and sheep. Due to their unique dental formula, cows use their tongues to grasp a chunk of grass and bite it off.

They use their molars, located at the back of their mouths, to shred grass into small pieces for easy digestion.

These mammals are social and live in herds. Size, age, and gender play a crucial role in determining the leader of the herd.  Male cows are called bulls, whereas females are typically known as cows and their offspring calves. 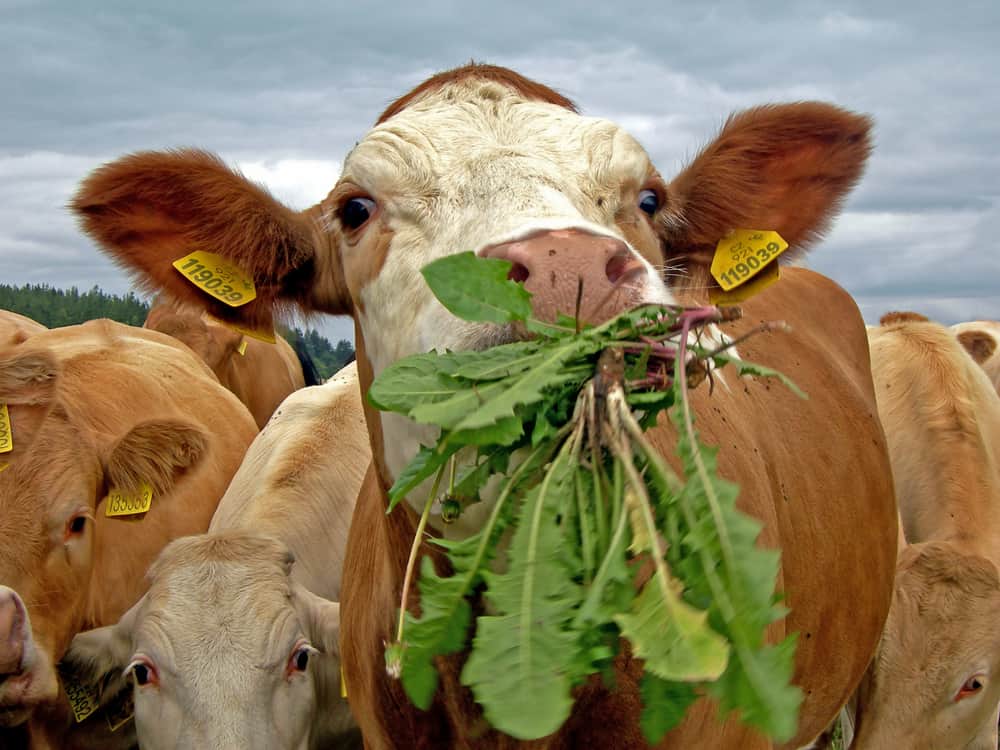 Cows rarely fight. Instead, they maintain bonds between one another and use mock fights when settling disputes. In the pecking order, the less dominant cow licks the hide of the more dominant cow.

Horns of bulls aid in mate selection, where those with more prominent horns have better chances of wooing their female counterparts. Horned cattle typically distance themselves from others and rarely engage in physical interactions compared to those without horns. This behavior helps promote stable relationships.

In natural circumstances, calves stay with their mothers for eight to eleven months until they stop breastfeeding.

When grazing, cows adjust their behavior with the availability of food. In areas containing generous amounts of food, they increase their food intake compared to areas where food is scarce.

What Do Cows Eat?

Cows are herbivores that feed mainly on vegetation. When cows feed, they only chew their food for a little while before swallowing. The food then moves to the rumen, which is the largest portion of the stomach.

Here millions of microorganisms help the animal get the nutrients it needs from the food. When their rumen reaches full capacity, cows find a cozy place to lie down and chew their cud.

Do cows eat anything other than grass? Yes. Cows don’t acquire all the nutrients they require from simply feeding on a pasture. Different food materials play a crucial role in their health and development.

Let’s have a look at what  cattle eat:

Nutritional and physical factors vary depending on the type of hay you use. A feeder should be used when giving cows hay as feeding them in an open space may result in wastage.

Cattle will devour the rich parts of the pasture first, generally choosing the softer, immature leaves before the mature plants.

As previously mentioned, cows will avoid feeding on grass that other cattle have pooped on. Due to this, the pasture grazed on won’t be uniform. Some sections will be more grazed on than others. 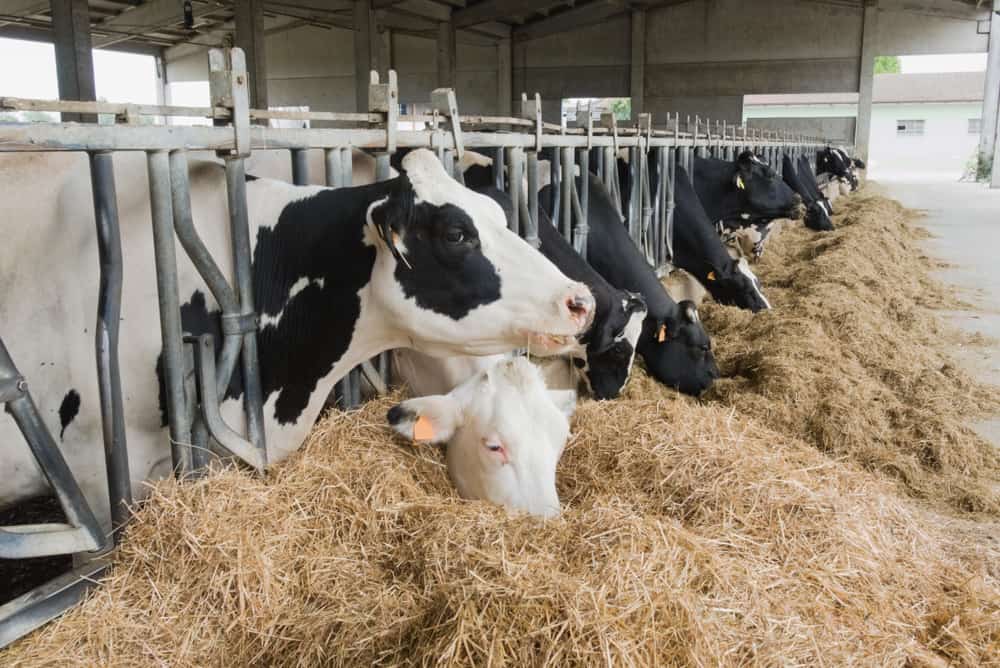 Like other animals, cows also have foods that are toxic to them. Aim to keep such foods out of the cattle’s living spaces. For cows, the list is long. They include: 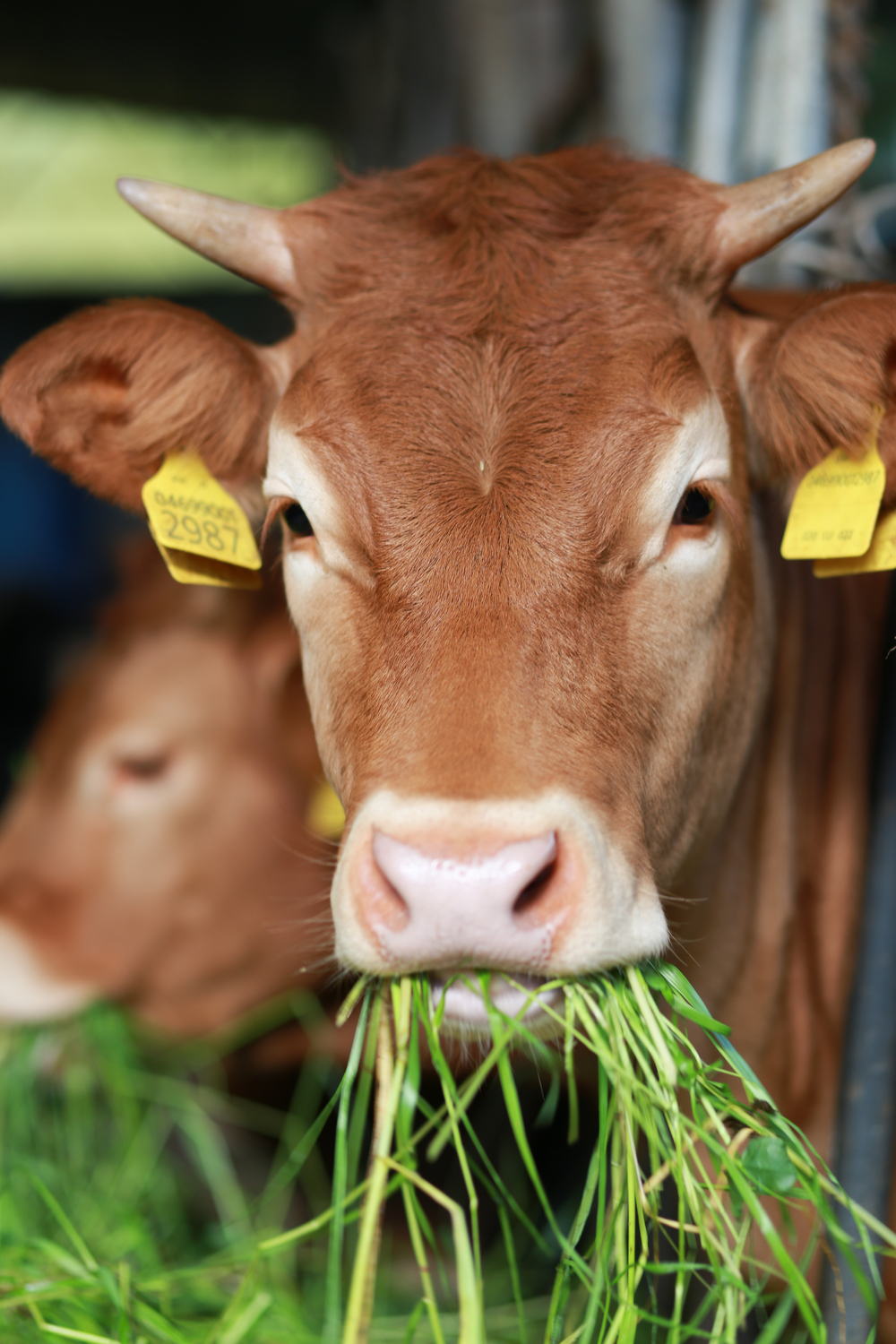 Feeding cattle is not as easy as some people perceive it to be. You don’t just put hay in front of them and expect them to eat. It takes way more than that.

The reality is you should be aware of what type of feed is available, how you should feed your cattle, and how the food will affect your cattle’s productivity and health.

Keeping cattle takes a lot of knowledge, time, and finances. Are you ready to get to work? If so, here are some pointers to consider:

By following these simple guidelines, your cattle will grow and remain healthy.

Caring for and feeding cows requires a lot of time and effort. But if you are willing to get your hands dirty, the fruits of your labor shall be sweet –literally.

Knowing what cows eat plays a vital role in their care. Be sure to do your research before choosing what breed of cattle to keep.