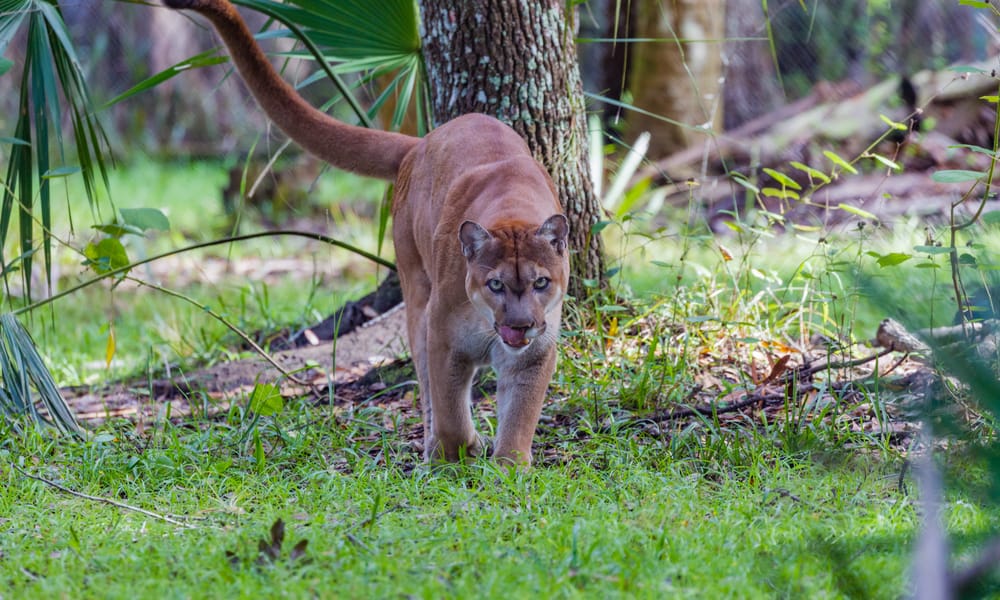 By the fierce look of cougars, it is evident that these big feral organisms are a predatory species. But what animals do they hunt? Small or large? How do they attack animals? Do cougars eat plants? Or humans?

So, if you’re wondering what exactly a diet routine of cougars consists of, you’re at the right place!

In this post, we’ll discuss everything about the feeding habit of cougars, and we’ll share with you some bonus information on how they look, where they live, and how they play a role in the ecosystem. Let’s begin!

How Do Cougars Look? 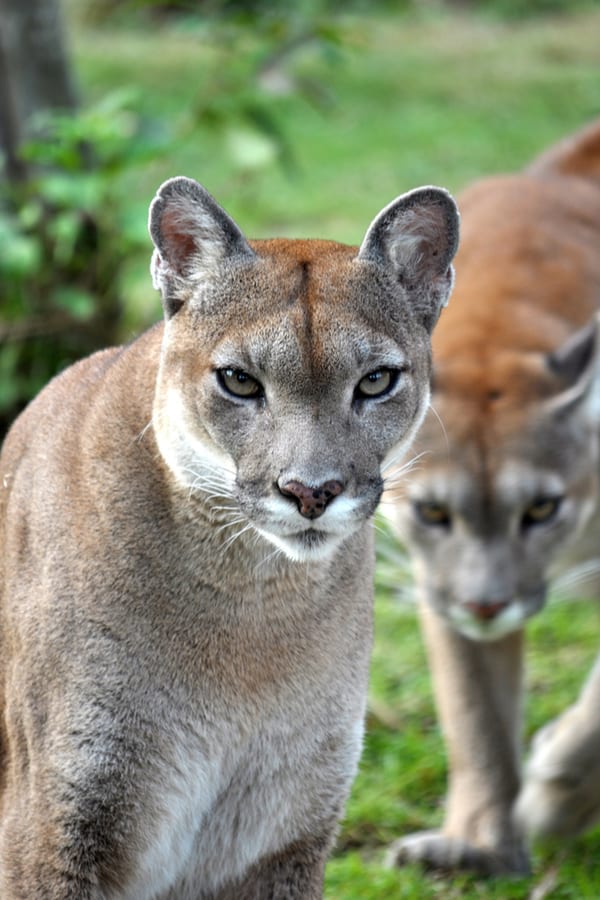 Many of you might have spotted a cougar in a zoo or in an animal enclosure, but for those who haven’t, they resemble your regular home cats in a lot of ways; just their size is significantly bigger.

These feral animals have slender bodies, and their ears are pointed. Also, they cannot roar like other big cats. Instead, they purr as our pet cats do.

Female cougars are around 6 feet in length while the males are longer, reaching up to 9 feet. These animals have a uniform grayish tan to reddish colored furs and have long tails. Males weigh around 150 lbs, and the female cougars are quite less heavy, weighing around 100 lbs.

What Do Cougars Eat? 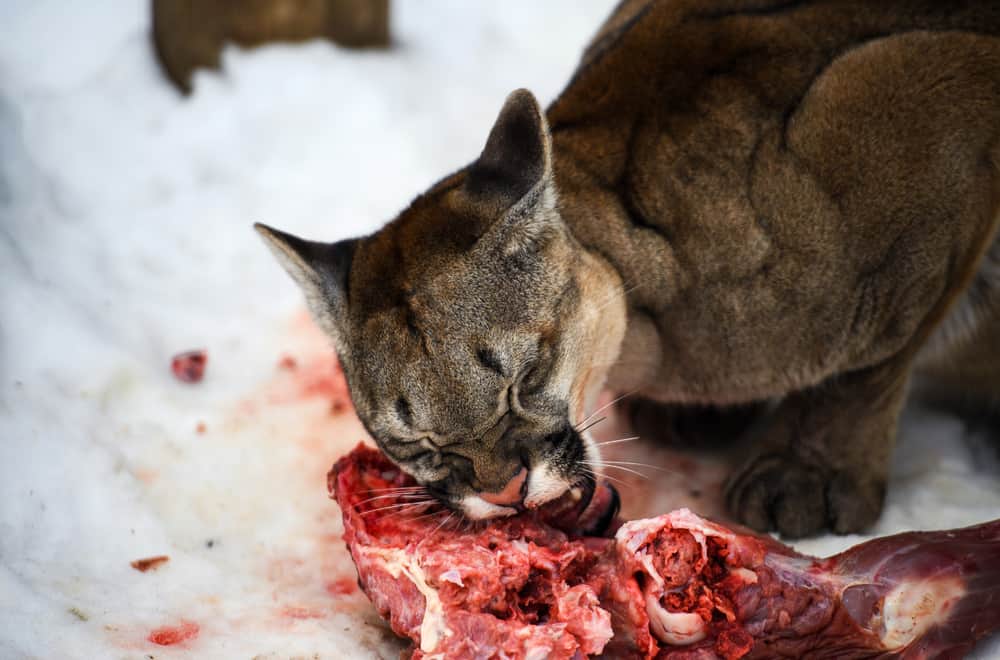 Cougars are carnivores, meaning their major food source is meat. They are predatory animals and rely on protein-rich meat for their survival. Also, they compete with their fellow predators, such as bears and wolves, for food. Let’s discuss what type of prey do cougars prefer below.

Adult cougars are estimated to make a big kill once every 10 days and only one animal at a time. So, they can survive without hunting for a surprisingly long time before they starve. However, if the cougars have kittens to feed, they will hunt more frequently, i.e., once a week.

One interesting fact is that the rate at which cougars kill deers is low compared to the human hunting rate.

Cougars hunt smaller animals such as rabbits, hares, porcupines, and other rodents when there is no big prey around. Also, young cougars also find it easy to catch these smaller animals as their hunting skills are relatively weaker.

Likewise, cougars tend to change their diet according to seasons. As it will be easy to hunt rabbits running around during the summer, they prefer the easy kill instead of wasting their time and effort on hunting bigger animals.

It is indeed true that cougars love to make a fresh kill for their diet. However, if the situation demands, for instance, if they cannot hunt, they also feed on carrions. Moreover, they are also known to take over carrions from other predatory species.

Cougars do not discount insects. Especially if they do not have many preys to hunt or if they’re starving, insects also are a good source of protein to them. They feed on grasshoppers, crickets, or any insets around that they can catch and kill.

Last but not least, like any other beings on this planet, cougars need water too for their survival.

Though they don’t need to drink water regularly as humans do and can go several days without drinking, they’ll eventually need a fresh source of drinking water every now and then. The prey they hunt does not have enough water content in them to satiate them.

What Do Baby Cougars Eat?

Baby cougars called cubs or kittens are born deaf and blind. A mother cougar births around 3 to 4 cubs at once. During the initial days, they rely on their mother for food and survival. They suckle on their mothers for 7 – 8 weeks.

Once they reach 7 – 8 weeks, mothers take their cubs to hunts to eat the kill and are fully weaned once they reach 4 – 6 months of age. Though they reach adulthood at about 3 – 5 years, they generally start hunting on their own after around 2 years.

What Do Cougars Eat During Captivity? 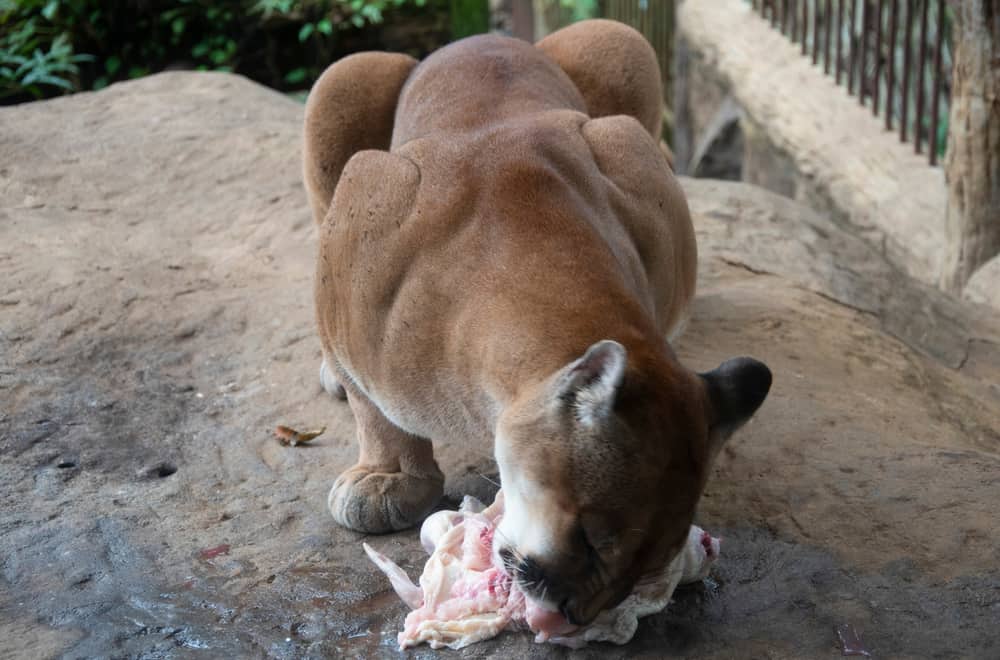 In animal enclosures and captivities, cougars don’t have live prey around to hunt. So, they must be fed a protein-rich diet. They’re often fed chickens as these are easy food sources to obtain.

However, they can be fed any animal or carrions one could find around. Also, sometimes, in such captivities, cougars are provided with live rabbits for them to hunt.

How Many Times Do Cougars Eat?

Cougars often alternate between a period of decadency and famine. These are big animals, and it’s obvious that they need relatively more food to survive. Generally, they need about 10-20 pounds of food each day, but they gorge around 30 or more pounds in a single feeding.

They can survive a few days without eating anything at all. In captivity, they are fed about once in two days. However, cougars do love to hunt even if they’re not particularly hungry.

How Do Cougars Kill Their Pray? 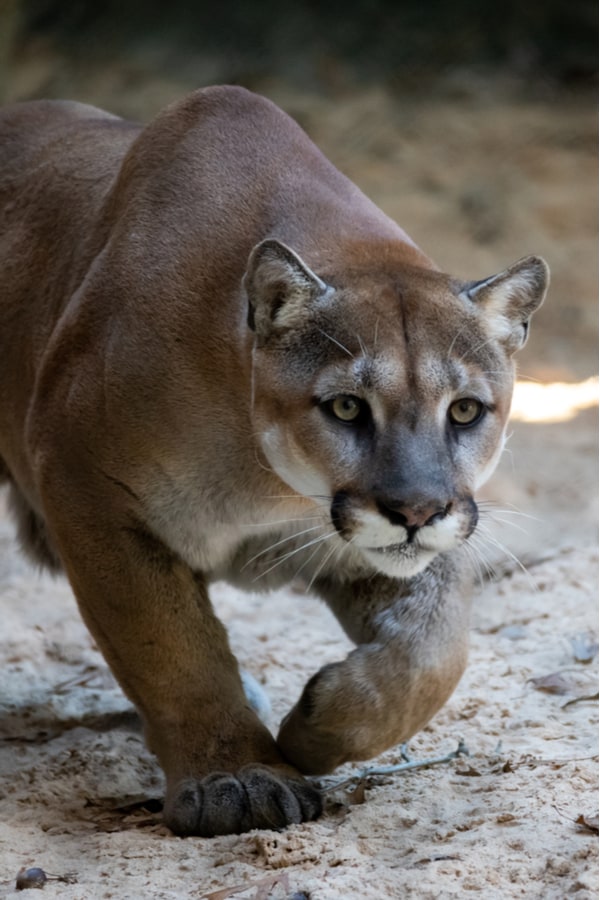 Cougars usually prefer hunting at night or during the early morning, and they kill their prey by leaping onto their back with the help of their legs and biting or snapping their neck.

Like other carnivores, they are sharp canine teeth to tear through flesh. They damage their prey’s spinal cord by tearing through the vertebrae.

Cougars play smart when attacking bigger prey. They’ll stalk them until it’s the right time to attack them. Once attacked, they’ll drag their fallen prey to a safe place for them to relish.

Cougars then use their rough tongue and teeth to remove fur from the animal, tear it apart completely and enjoy the inner organs first. They get their vitamin A from such nutritious organs, and many believe that it is the reason why cougars devour the innards first.

Cougars are widely distributed. Their primary habitat ranges from Canada to Patagonia and is prevalently found in the Americas. They can be found in high mountains, urban jungles, and even in desserts.

As cougars are carnivores, they don’t have a digestive system to digest plants properly. However, one can witness cougars chewing on grasses at times. While the exact reasons why cougars do so aren’t known, there are multiple speculations.

It is believed that cougars get folic acid from grasses, as this compound is difficult to obtain from a meat-based diet. Also, many believe that cougars simply love the texture of grasses, while others think that feeding on grass helps them keep parasites out of their guts. 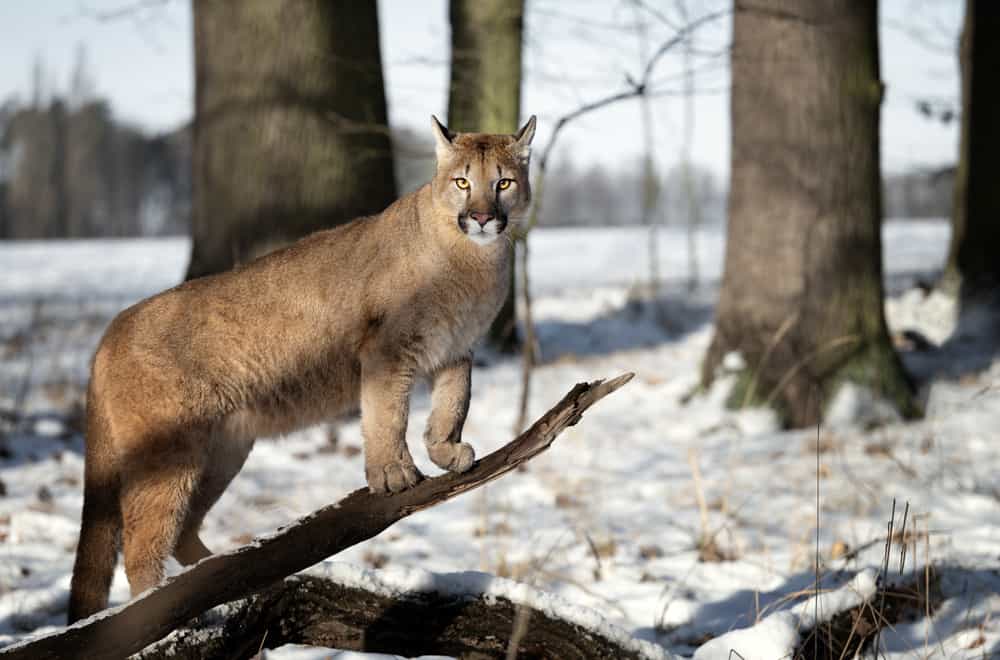 Encountering any big feral animals, including cougars, can be terrifying. They might attack humans if they feel threatened, territorial, or if they’re feeling hungry and are on a hunt.  If one flees on the scene, that might also encourage them to attack, given their instincts to hunt.

If you’re travelling through cougar territory, don’t carry meat or foods with strong scents with you, as that stimulates cougars’ senses and attract them. If there are children by your side, pick them up because cougars tend to attack smaller-sized animals and humans.

Try to look as big and formidable as possible. You can put your outer clothes or accessories or just stand tall on top of a rock or elevated surface.

And if the cougar is about to lash out, shout with a strong voice and throw anything you find towards them. Doing so makes them feel that you’re not just a weak prey but an equally strong predator they should be wary of.

And, remember not to run as you’ll not be able to escape these wild animals. Instead, take slow steps backwards, but keep your face forward. Doing so gives cougars plenty of areas to flee and lowers the chances of them feeling threatened.

Many might wonder if predators such as cougars disrupt the ecosystem by feeding on too many animals.

However, cougars often hunt prey that is easy to catch. They target the weak or sick, as the healthiest and those at their prime reproductive age are relatively the fastest, making them harder to kill.

Rather, in a forest without predators, the uncontrolled numbers of herbivores might be detrimental to the ecosystem as they overgraze, making pasture lands barren. Also, many meat-feeding birds, such as vultures and ravens also feed on carcasses killed by such predators.

In short, cougars will attack almost any meat source they encounter, especially if they’re hungry. And, yes, insects too. Also, like every other living animal and plant, cougars also need fresh water to hydrate themselves, basically to survive.

Through this comprehensive post on what do cougars eat, we believe that we’ve provided you with answers to all your questions regarding cougar’s diet. If we’ve missed anything you’d like to know about, do let us know in the comment section below. We’re all ears!