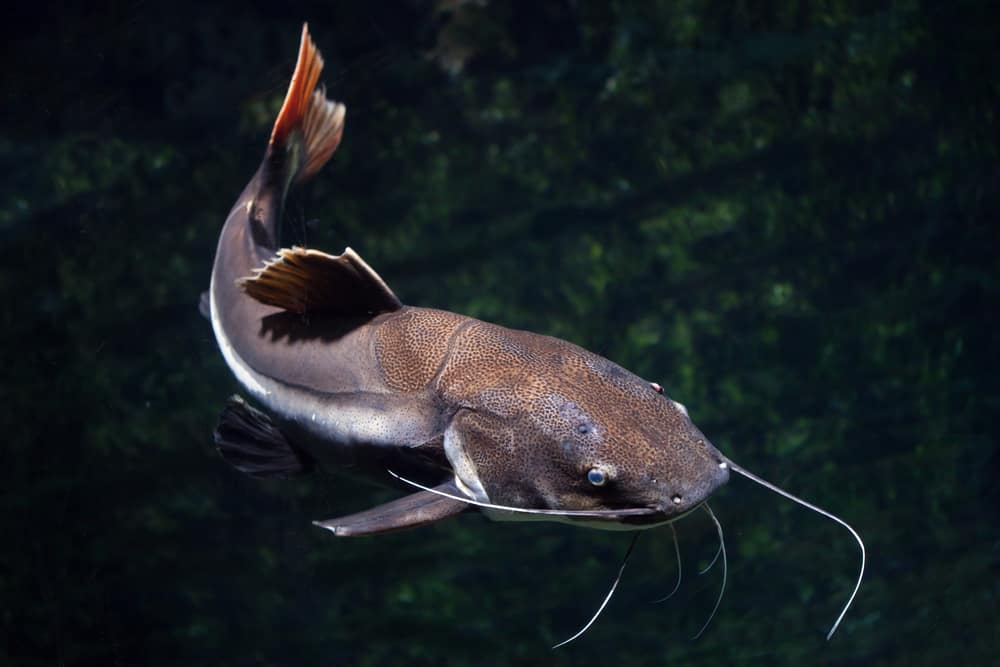 Catfish are a type of fish that are mostly found in freshwater lakes and rivers. There are several types of catfish, such as channel catfish, blue catfish, and flathead catfish. Catfish are a popular type of fish to eat because they are usually large and have a lot of meat on them.

Catfish got their names from their barbs which are located on their whiskers. These barbs help the catfish feel around the water and find food. The diet of a catfish is mostly made up of other fish, but they will also eat insects, crustaceans, and plants.

This article will discuss some of the interesting facts about catfish, what they eat, and how to feed them, among others below:

As fish, catfish have a special diet and characteristics, which distinguishes them from other fish. Here are some facts about catfish:

Catfish are mostly found in freshwater lakes and rivers. However, in some cases, people can also find catfish in saltwater habitats. They tend to stay in the dark and murky waters near the bottom of the body of water. However, during cold seasons and months, it’s common for catfish to move closer to the surface as the temperatures decreases.

A catfish can lay up to 4,000 eggs per year per pound weight. However, out of all those eggs, only a few of the fry will survive to adulthood.

Catfish have a unique anatomy that allows them to live and thrive in their habitats. For example, catfish have what are called barbels. Barbels are long, thin whiskers located around the catfish’s mouth. These barbels help the catfish feel around the water and find food.

In addition, catfish have an adipose fin. This is a small, fleshy fin between the dorsal and tail fin. The adipose fin helps to stabilize the catfish when they are swimming. They also have over 27,000 taste buds that are located on their body. These taste buds help the catfish to find food and avoid predators.

Catfish are a type of fish that have a special diet and interesting facts. Here are some characteristics of a catfish:

Several different types of catfish can be found in freshwater lakes and rivers. North America itself is home to over 30 different catfish species. The three most common catfish are the channel catfish, blue catfish, and flathead catfish.

The channel catfish is the most common type of catfish. They are usually brown or greenish-brown in color. They can grow to be about four feet long and weigh up to 40 pounds. Channel catfish are found in freshwater lakes and rivers. They prefer to live in areas with a lot of vegetation.

The blue catfish is the second most common type of catfish. They are usually blue or grey. They can grow to be about five feet long and weigh 150 pounds. They are the largest catfish found in America.

They are mostly found in freshwater bodies such as channels. However, they enjoy staying in deep and swiftly moving waters. They can also adapt easily to new habitats.

The flathead catfish is the third most common type of catfish. They are usually brown or yellowish. They can grow to be about four feet long and weigh up to 60 pounds.

They are found in freshwater habitats such as lakes, rivers, and streams. However, they prefer staying in slow-moving waters with soft bottoms.

What Do Catfish Eat

Catfish are considered opportunistic feeders, meaning they will eat just about anything. They are not picky eaters; their diet consists of other fish, insects, crustaceans, and plants.

For example, a two-pound catfish can consume up to 16 crayfish in one meal. In addition, larger catfish can eat smaller fish up to their size.

Here are some of the things Catfish eat:

One of the most common types of food for catfish includes small fish such as minnows, small perch shad, bluegill, and herring. They will also eat larger fish if they are available. For example, a blue catfish can consume a 40-pound flathead catfish.

Crustaceans such as shrimp, lobsters, crabs, and small crayfish are other types of food that catfish enjoy. Some catfish will only eat crustaceans. The crustaceans are often readily available in the habitats where catfish live.

Catfish will also consume insects such as dragonflies, dragonfly larvae, mosquito larvae, mayflies, and caddisflies. Insects are an important part of the diet for smaller catfish. Over 50% of the diet for some small catfish species may be made up of insects.

Catfish also consume small animals such as rodents, snakes, aquatic birds, and lizards. These types of food are not as common in their diet, but they have been known to eat them occasionally. Catfish will catch these animals if they are available and small enough to be consumed.

Their diet changes as they age, consuming more fish and fewer insects. Adult catfish will also consume more plants than young catfish. As the young catfish grows, they hunt small invertebrates such as warms, hellgrammites, and mosquito larvae, among others.

What Are The Predators Of Catfish?

The main predators of catfish are larger fish, including larger catfish, birds of prey such as hawks and falcons, alligators, and snakes. Humans are also a major predator of catfish. Humans consume more catfish than any other type of fish.

Over 50% of the catfish caught each year are consumed by humans. Catfish are often considered a delicacy in many parts of the world.

In addition to being consumed by humans, catfish are also used for their fishmeal and oil. Fishmeal is a powder that is made from grinding up dried fish. It is often used as a fertilizer or feed for livestock and pets.

Fish oil is another product that is made from catfish. It is often used as a dietary supplement or an ingredient in cosmetics and other products.

How To Raise Your Catfish

If you are interested in raising your catfish, there are a few things that you need to know. First, you need to find a good location. Catfish prefer habitats with plenty of vegetation and hiding places.

They also prefer locations with slow-moving water. The water should also be deep enough so that the fish can grow to their full size. Another important thing to consider is how you will feed your catfish. As we mentioned earlier, catfish are opportunistic eaters and will consume a variety of different things.

You can raise them on a diet of commercial fish, live foods, or a combination of both. Commercial fish food is often the easiest and most convenient option.

You can supplement their diet with live foods such as worms, insects, and small fish.

How To Catch Catfish

First, you should check out the place where there are plenty of vegetation and hiding places as we have mentioned before that they like to hide in those places.

You can also look for them in areas with slow-moving water. Another important thing to consider is what time of day you will be fishing.

Catfish are most active at night, so you will need to fish for them during the evening or nighttime hours. You can go to sand and gravel banks as most catfish spawn in these areas. You can use several baits such as earthworms, the blood of other fish, chickens, or animal liver.

As you can see, there are several interesting facts about Catfish. There is a lot to learn about these creatures, from what they eat to their predators to how you can raise them. Whether you want to raise them or fish them for food, you should learn about them.