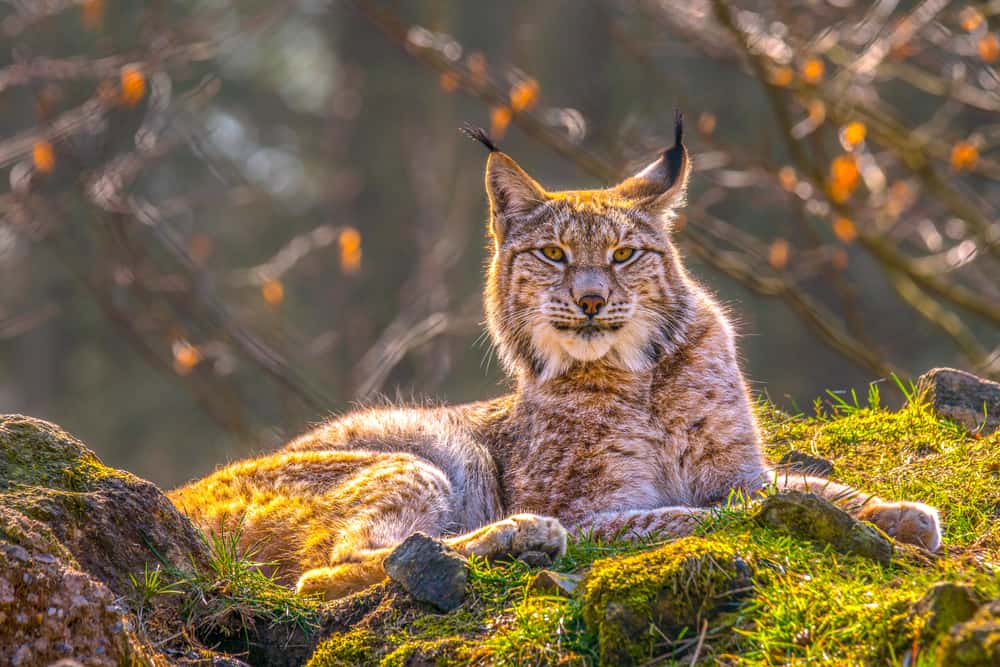 Today I observed my cat as she refused to eat her perfectly fine food just because it was sitting in the bowl for too long. How long is too long, you might wonder? Well, if you ask my cat, anything longer than 15 minutes.

I am not even surprised, because all my friends have cats that are spoiled rotten. Sometimes I wonder if we really domesticated cats or if they domesticated us?

And how do the cats in the wild survive without us obedient humans pampering them? For example, bobcats. They surely look cute, but I doubt they act as spoiled brats as my cat does.

Bobcats, also known as red lynx, are wild cats from the Lynx genus, native to North America. It is assumed that they originated from the Eurasian lynx population that crossed the Bering strait several thousand years ago. Bobcats can live in a wide variety of habitats.

These cats prefer to live in dens in wooded areas, but they can also live in swamp areas, deserts, and even near agricultural areas. They can even appear in the backyards on the edges of urban areas, where there is no clear line between nature and human facilities.

Bobcats are medium-sized cats, with an appearance similar to other lynx species. They have tan or grayish-brown fur with black streaks and black bars on the forelegs and tails. Just like other lynx, bobcats have tufts on top of their ears.

What makes bobcats distinct from other lynx species are their tails. Bobcats have tails that are between 4 and 7 inches long, which is quite short when compared to other cats. This is how bobcats got their name, from having bobbed tails.

Bobcat’s gestation period lasts between 60 and 70 days, and the kittens are usually born in April or May. One bobcat litter may have 1 to 7 kittens, but in most cases, 2-4 kittens are born in the same litter. After 9-10 days, kittens will open their eyes. They will be weaned once they reach 2 months. They will continue to travel with their mother, eventually leaving her once they start hunting independently.

Bobcats are the smallest among lynx species. They are often confused with mountain lions and Canada lynx. Their cubs are mistaken for stray kittens. Although bobcats and Canadian lynx are 2 different species, they can reproduce and their offspring is called blynx.

They can jump over 9 feet in length. The average lifespan of a bobcat is 7 years. The oldest recorded wild bobcat lived for 6 years, while the oldest bobcat in captivity lived for 32 years.

American president Calvin Coolidge had a bobcat pet named Smokey. He received the animal as a gift, so it stayed in the White House for some time, until it eventually was sent to Zoo.

While most cats hate getting their paws wet and try to stay out of the water, bobcats are good swimmers and often use that ability when hunting for beavers.

Although bobcats won’t often make meowing sounds like domestic cats, they are silent neither. Bobcats make a variety of sounds, growling, hissing, bird-like sounds, howling, and even screaming during their mating season.

What Do Bobcats Eat?

Like other cats, bobcats are obligate carnivores, which means their diet consists mostly of meat and their digestive systems aren’t adapted to digesting plants.

What Do Bobcats Eat In The Wild?

Because of their relatively small size, bobcats hunt and eat small mammals and birds, such as hares, rabbits, and grouse. However, they will also hunt and kill larger prey if they have no other choice.

Desert-dwelling bobcats will eat practically anything that moves because deserts aren’t abundant with food sources. This means they will feed on rock squirrels, snakes and other reptiles, mice, lizards, rabbits, and raccoons.

It is worth noting that bobcats’ feeding habits also depend on the seasons. In the spring and summer, they have more available food sources. During these months, they prefer eating squirrels and rabbits.

When the fall and winter come and there are fewer available food sources, bobcats hunt hare, deer, and rodents.

Sometimes, bobcats are accused by local farmers to kill their goats, poultry, pigs, and sheep, but there is little to no evidence that bobcats actually dare to kill domestic animals.

What Do Bobcats Eat In The Captivity?

While bobcats aren’t really great pets, some are kept in zoos. There, they are fed prepared meat, chickens, mice, rats, bones, etc. Sometimes, they will eat some fruits and vegetables, but that happens only rarely and mainly when they have digestive tract problems. Bobcats will also happily eat pet food, fish, and eggs, and will drink the milk if given a chance.

Foods That Are Bad For Bobcats

Even when they are kept in captivity, bobcats are still wild animals and should be fed accordingly. This means they should be only fed with fresh, raw meat. Giving them processed food or food with too many spices and artificial ingredients would be detrimental to bobcat’s health.

When feeding them appropriate foods, one needs to make sure that the bobcats eat only fresh food items to avoid the risk of bacterial transmission and poisoning.

While a hungry bobcat will eat anything it can, that doesn’t mean it should be fed with anything. Grains, chocolate, grapes, raisins, and similar food items shouldn’t be fed to bobcats.

Just like with any other kittens, baby bobcats’ first food is their mother’s milk. As they grow, they are slowly introduced to animal food. When they reach two months, they are weaned and start eating meat that their mother caught.

As they grow up, they learn how to hunt themselves, and they adopt the feeding habits of other adult bobcats.

How Do Bobcats Hunt?

Bobcats are the most active during dusk and dawn. That’s when they hunt their prey. When hunting, bobcats rely on their speed. They ambush their prey by slowly approaching it and pouncing on it seemingly out of nowhere. With this tactic, bobcats are capable of killing prey three times their size.

However, bobcats usually target prey that is much smaller than them. That way, they can easily kill it and eat it at once. Sometimes, when there is no small prey such as rabbits and squirrels, bobcats will kill deer. Since they aren’t capable of eating the whole deer in one meal, they cover it with leaves and branches to come and eat it later.

Although the bobcats are quite fast when hunting for their prey, they can’t sustain that speed for long, so they depend on catching the prey during the short outbursts of speed.

What Are The Predators Of Bobcats?

Since they are only 2-3 feet long, bobcats can also be prey to larger predators, such as coyotes, foxes, wolves, mountain lions, cougars, and even owls. Bobcat kittens are especially vulnerable, and they are often killed by hawks, eagled, and owls.

Still, probably the most dangerous bobcat predator is humans. Trappers and hunters kill bobcats because of their fur. Some territories have seen a complete wiping of the bobcat population, but their number is still stable and they aren’t considered to be endangered.

The mortality of bobcats is quite high, and their average life span is 6 years, with the maximum age in the wild being approximately 12 years. When kept in captivity with no threats and proper nutrition and healthcare, bobcats can live up to 30+ years.

What To Do If You See A Bobcat?

In most cases, bobcats don’t pose any threat to humans, as they are shy and elusive animals. Humans are also too large to be considered prey. Still, bobcats can attack humans if they approach too close to their cubs. Also, in times of scarce food sources, bobcats might attack pets if you don’t keep them on the leash.

The first rule when seeing a bobcat is to stay away from it. Don’t turn your back on it and don’t run. If you start running from them, they might instinctively start to chase you. Make loud noises by yelling, blowing a whistle, hitting rocks against each other, anything you can think of.

If you see bobcats in more urban areas, make sure to call animal control.

Although smaller than other wild cats, bobcats are swift predators that hunt and eat various animals, from rabbits and hares, to snakes, lizards, beavers, and squirrels. When needed, these feisty cats will kill deer three times their size.

Despite their relatively small size and short tail making them look cute, bobcats aren’t supposed to be approached, touched, or kept as pets. It is best to stay away from them whenever possible.

Have you ever encountered a bobcat? How did it happen? Were you scared? Write in the comments!