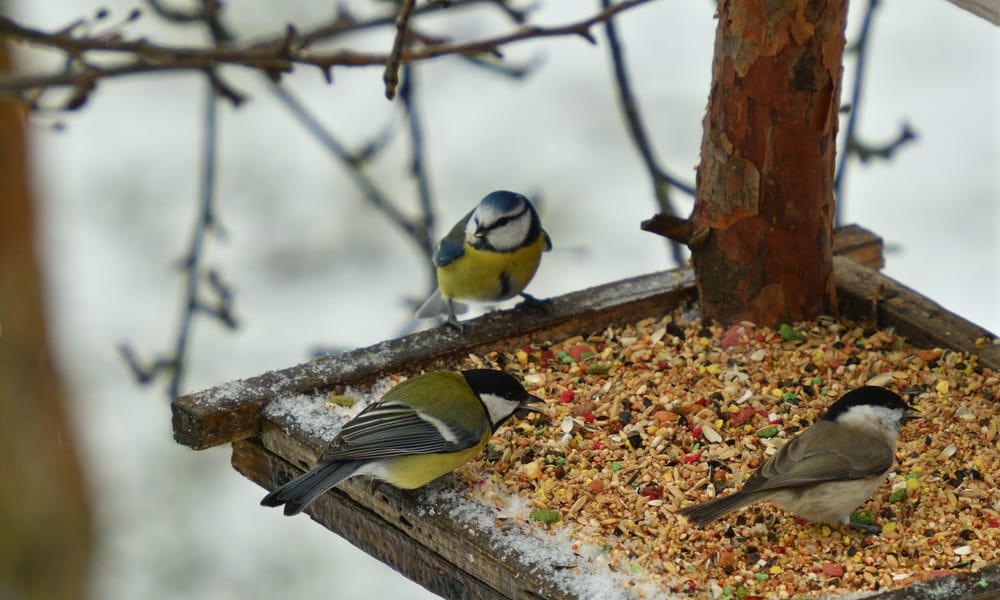 Ever wondered why every bird that hangs around your poultry feeders always appears to be checking around its surroundings? That’s because birds, like all living organisms, have predators and must stay vigilant to avoid ending up being some other animal’s meal. Which brings us to the question – What animals eat birds? Let’s find out!

Animals That Prey on Birds 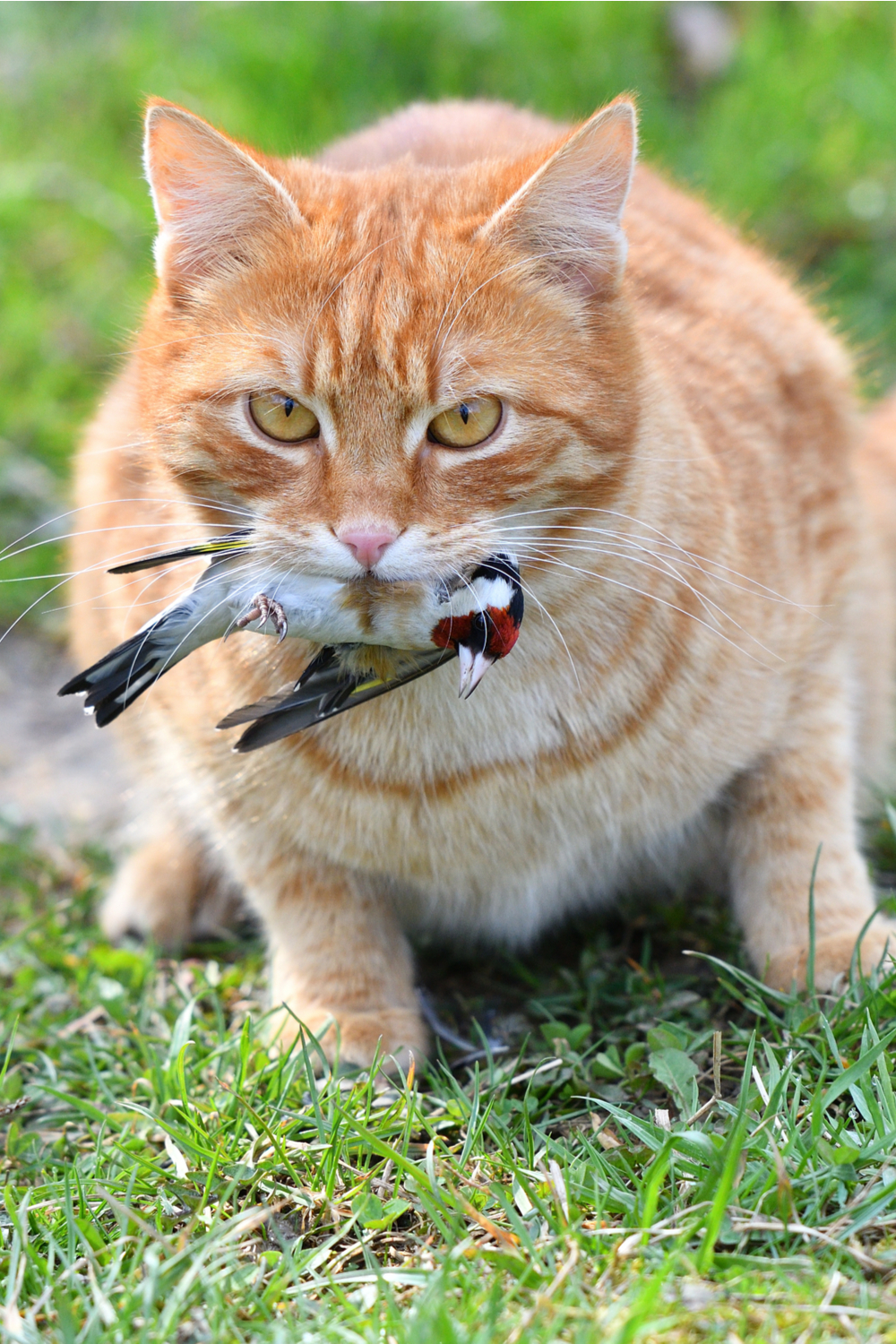 Your cute little cat may seem all good and innocent but cats are considered one of the leading predators for birds. Studies suggest that domestic cats, feral cats, and stray cats kill over three billion wild birds every year. And this number keeps growing, which has seen the relationship between bird keepers and cat lovers get rocky.

But why are cats so good at catching and killing birds?

Simple answer; they have a small physique that enables them to move fast and unsuspectedly to hunt small prey. When a cat sees a bird, they creep silently to avoid detection. Once they get close enough, they quickly ambush and catch their prey.

Cats are so swift that they can actually swipe an entire songbird from the air with their sharp claws. 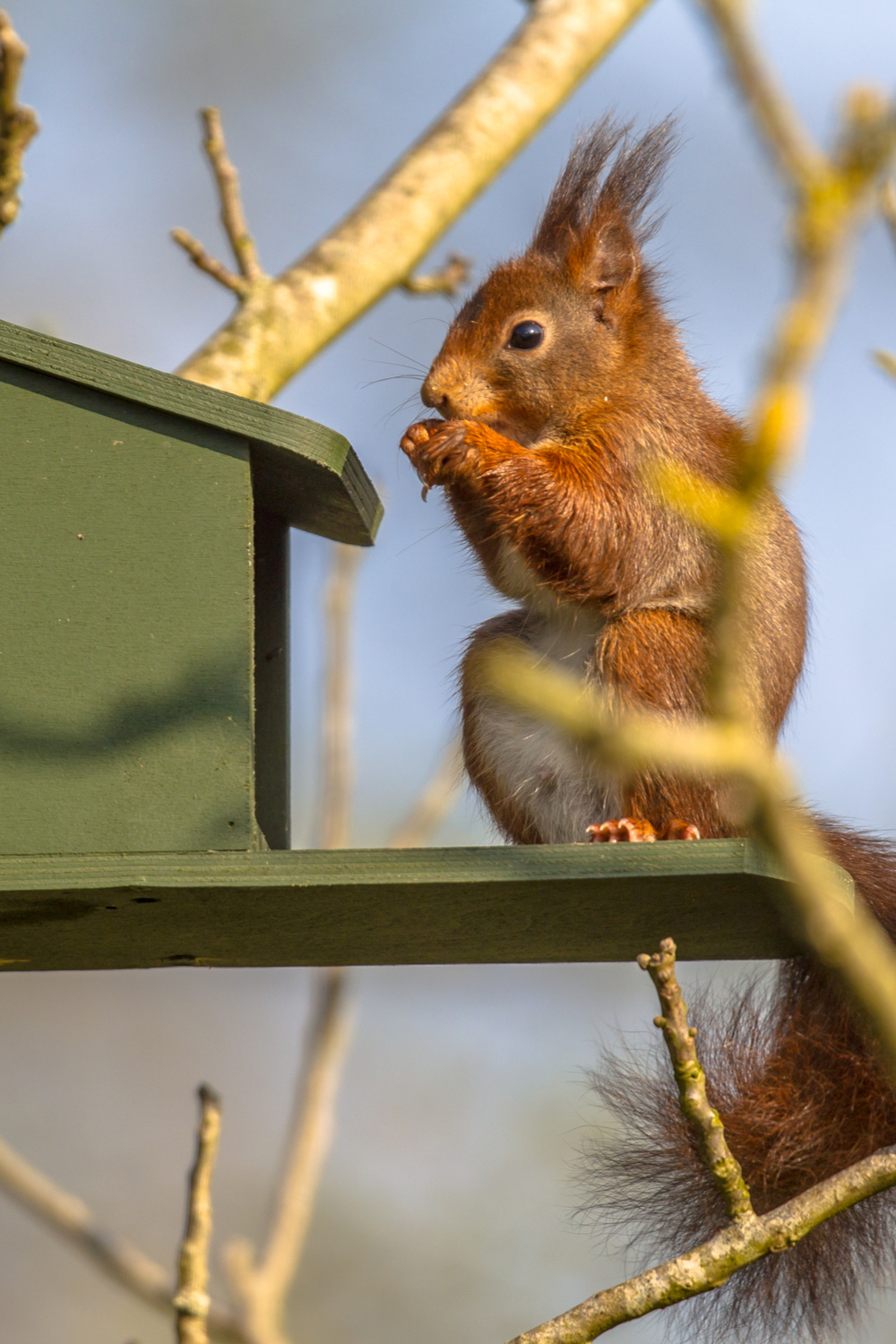 While squirrels are a delight to watch, they can also be a frustration to bird owners when they raid feeders. Not just that. There have been cases of squirrels attacking and feasting on weak, injured birds and baby birds. Some species of squirrels like the gray squirrel have been found to raid wild birds’ nests and feed on their eggs or young ones.

Perhaps one of the reasons squirrels are so skilled in catching birds is their ability to forage. Squirrels will sweep through tree trunks and branches, eating anything that gets in the way. They are also opportunists and will wait for the perfect time to attack their prey. For instance, they will watch an injured bird or wait until a mother bird leaves a nest to ransack it. 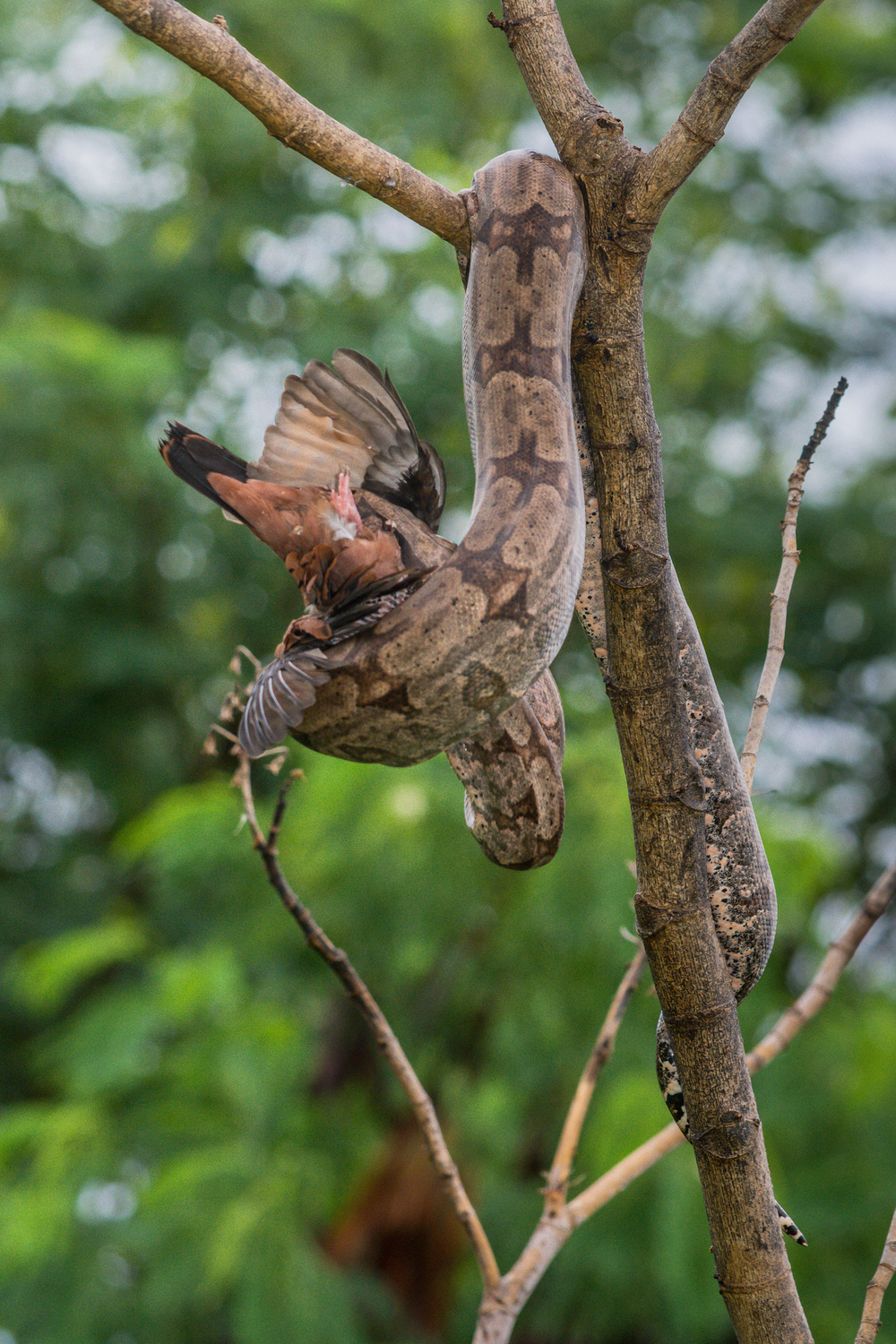 Although the majority of snakes can’t run as fast as cats to catch birds, even slower species like pythons or boas will invade nests for eggs, hatchlings, or injured birds.

Most of the small snakes will raid unprotected cavity nests and birdhouses to eat eggs and brooding birds. Depending on the size of the snake and the attentiveness of the adult bird, sometimes snakes will take both the mature and young birds.

You read that right! While deer are harmless, docile herbivores, researchers have found some species like the White-tailed deer to be partly carnivores. They will feast on wild bird young ones without thinking twice.

Just watch this video and see for yourself:

Some biologists argue that the reason for these animals eating foods they are not known to eat is the scarcity of vegetation. But looking at the footage, the grass in the area seems pretty lush, which means there is more to this behavior than meets the eye.

More and more studies are, therefore, being conducted to figure out whether some deer are indeed carnivores or this behavior is just fueled by nutrient deficiency.

Unless you see it in action, it’s hard to believe that an insect, as small as it is, can take down a bird almost ten times its size. But it does happen. Playing mantises, especially, are known to attack, kill, and drink blood from hummingbirds.

Don’t believe us? Watch this video of a playing mantis killing and feasting on an innocent hummingbird:

Other insects may not care much about birds. Parasites like mites, however, can severely weaken a bird to an extent of making it lose its feathers and become anemic. By draining this much energy from the bird, the bird becomes vulnerable to illnesses and may even die. 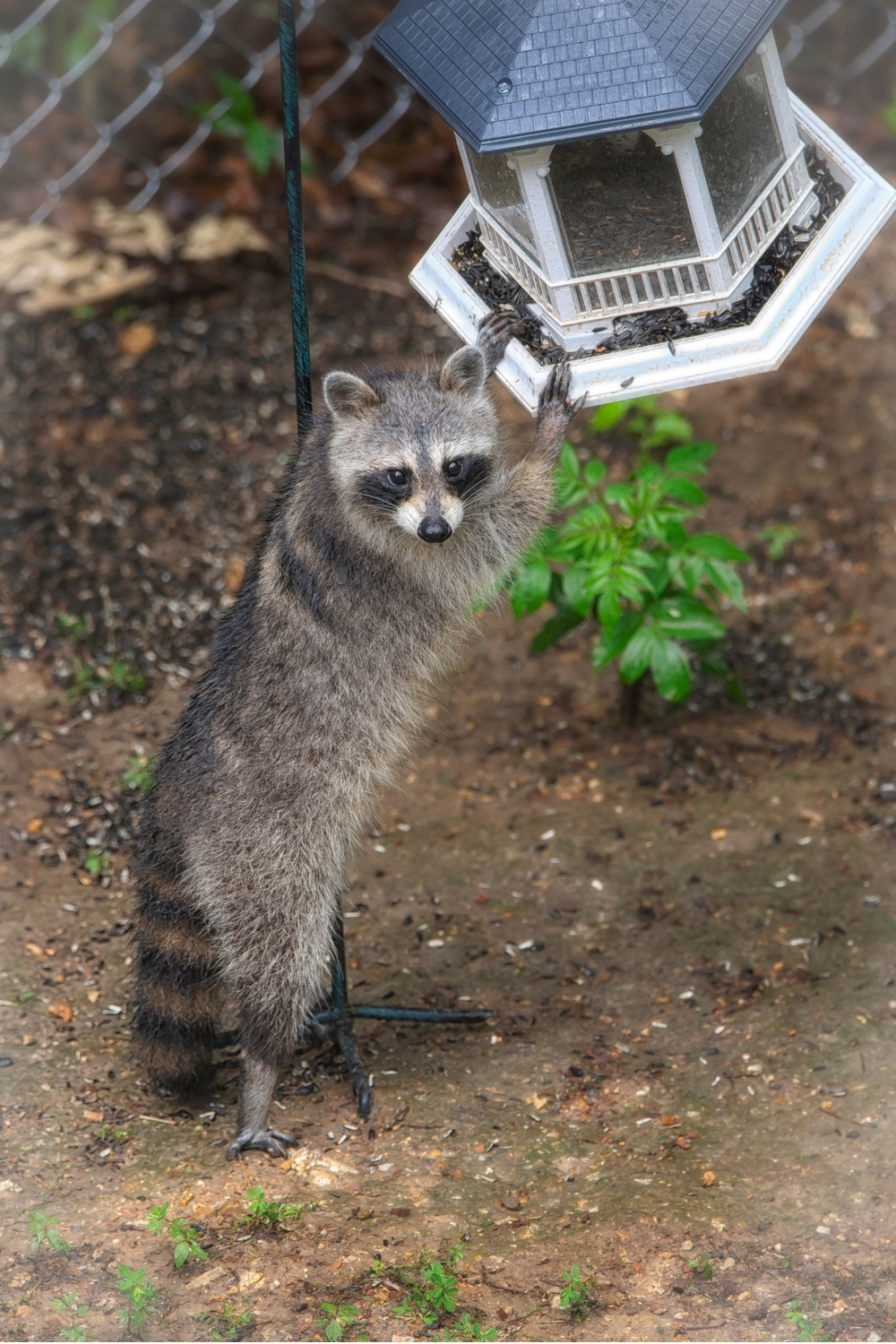 A raccoon has an adorable face, but don’t let that fool you. These annoying little animals will raid nests, eating bird eggs and birds that appear weak.

Because raccoons spend most of their lives in tree cavities, they are able to find bird nests easily. Apart from eating bird eggs, you will also see them steal bird seeds and other food straight out of the feeders.

If you have a raccoon problem, try removing perches from your birdhouses; raccoons use these as handholds, making it easier for them to steal bird food or eat eggs. It would also help to keep the feeders clean; don’t leave any seeds in the feeders overnight. 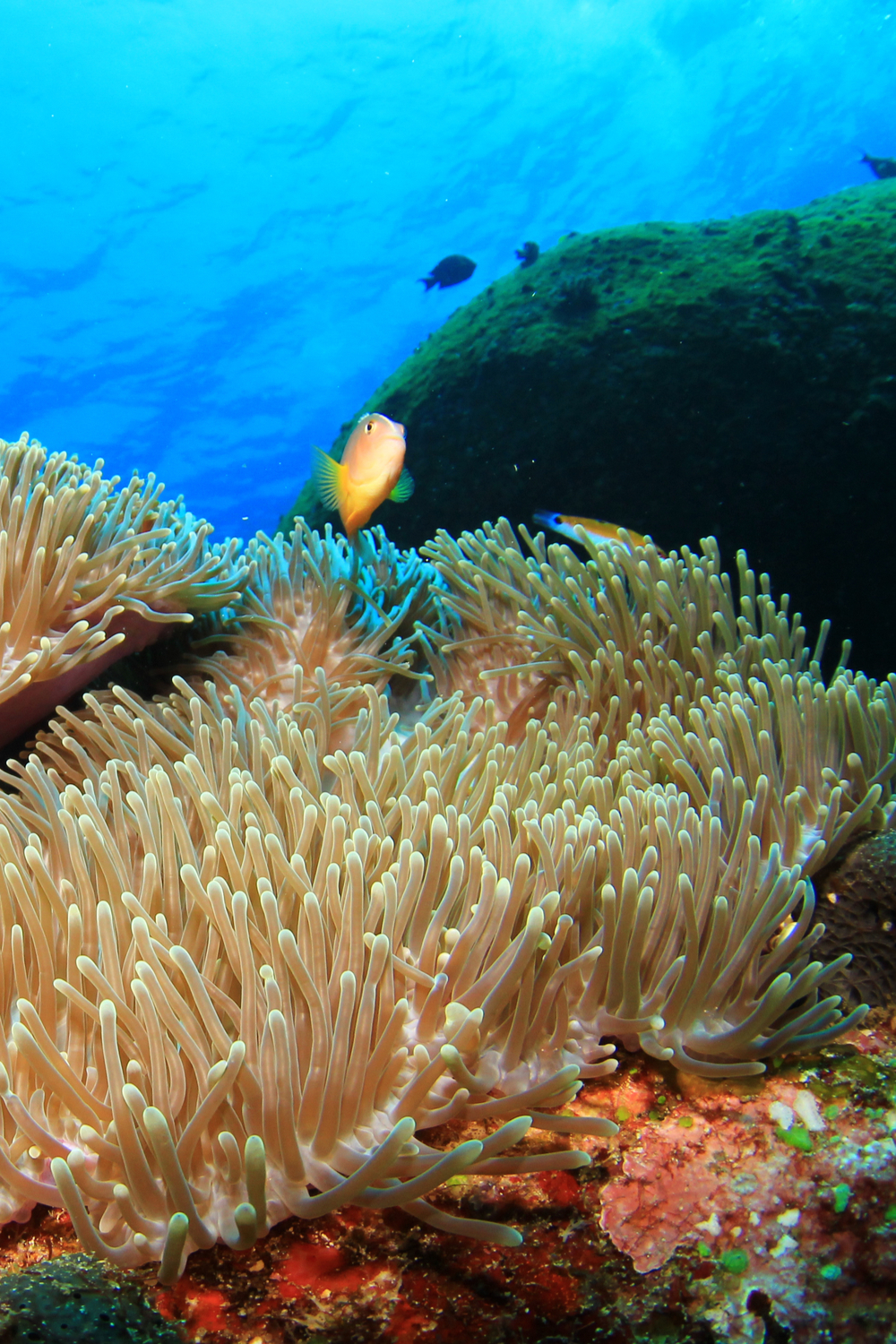 Seabirds, gull chicks, or weak, injured birds can get trapped by tidepool anemones, falling prey to these marine predators.

While anemones are not swift movers, if a bird gets stuck and is unable to run, it can easily become their next meal. There are times, however, when the bird will be drowned by high tides before the anemone attacks but still, that won’t prevent the anemone from preying on it. Anemones don’t care whether their meal is alive or dead; they will happily feast on the dead bird. 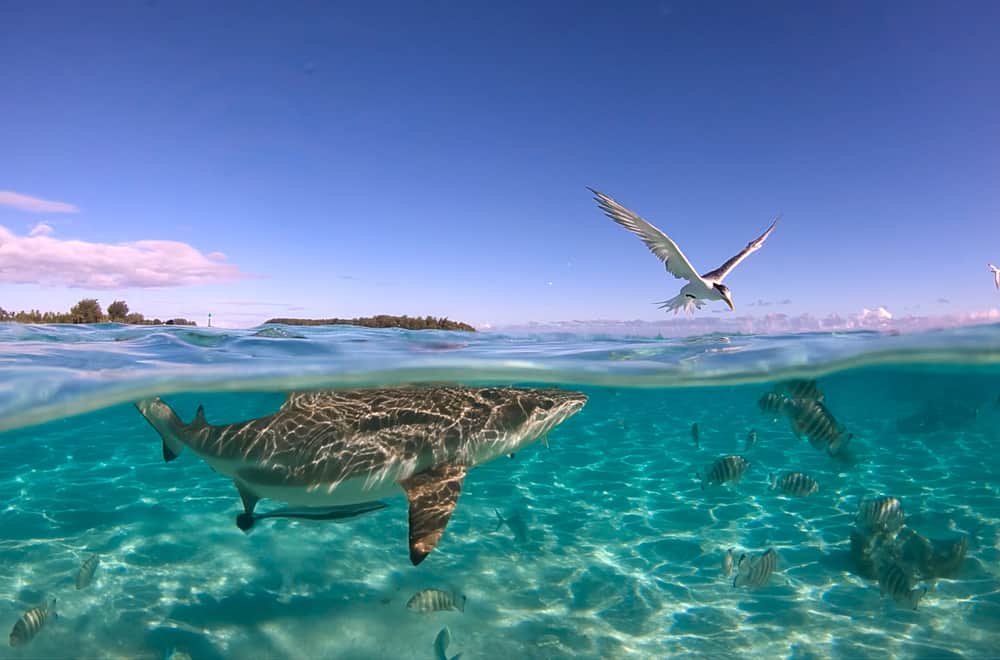 Sharks and other predatory fish may catch and kill pelagic birds that wander near the water’s surface. Some fish like the African tigerfish can even jump out of the water to catch birds that fly near the surface like swifts and shallows.

Other fish will beach themselves and ambush birds that come near the edge of the water. You will mostly find them near drinking holes and other areas where birds’ visits are predictable. 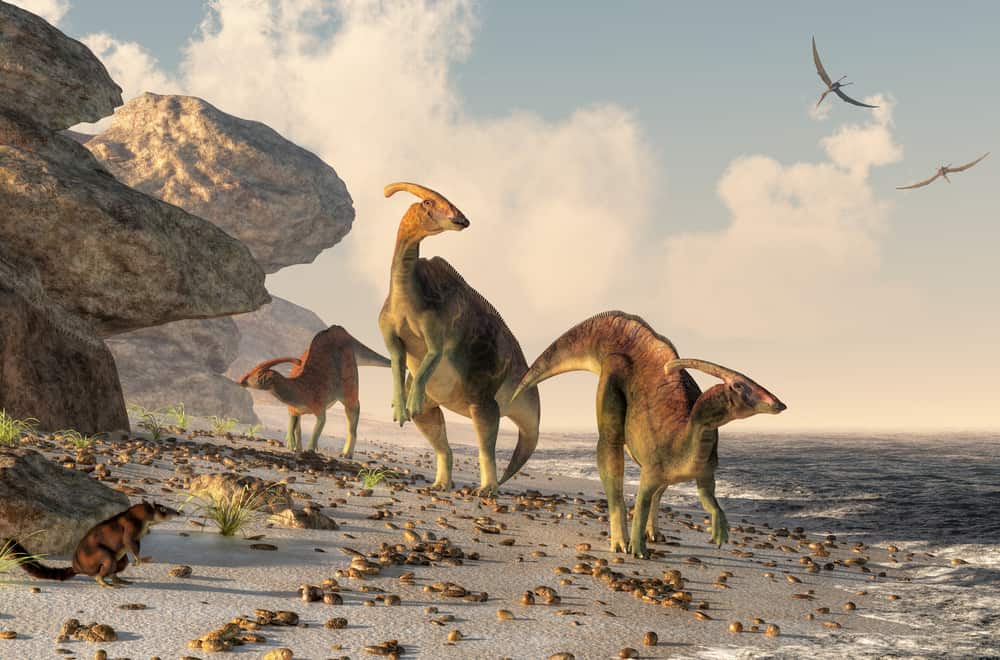 Although dinosaurs are extinct, evidence shows that some species preyed on prehistoric birds. Those that were small and agile even caught flying birds. The majority, however, raided nests, eating bird eggs and young ones, with some taking even brooding adults. 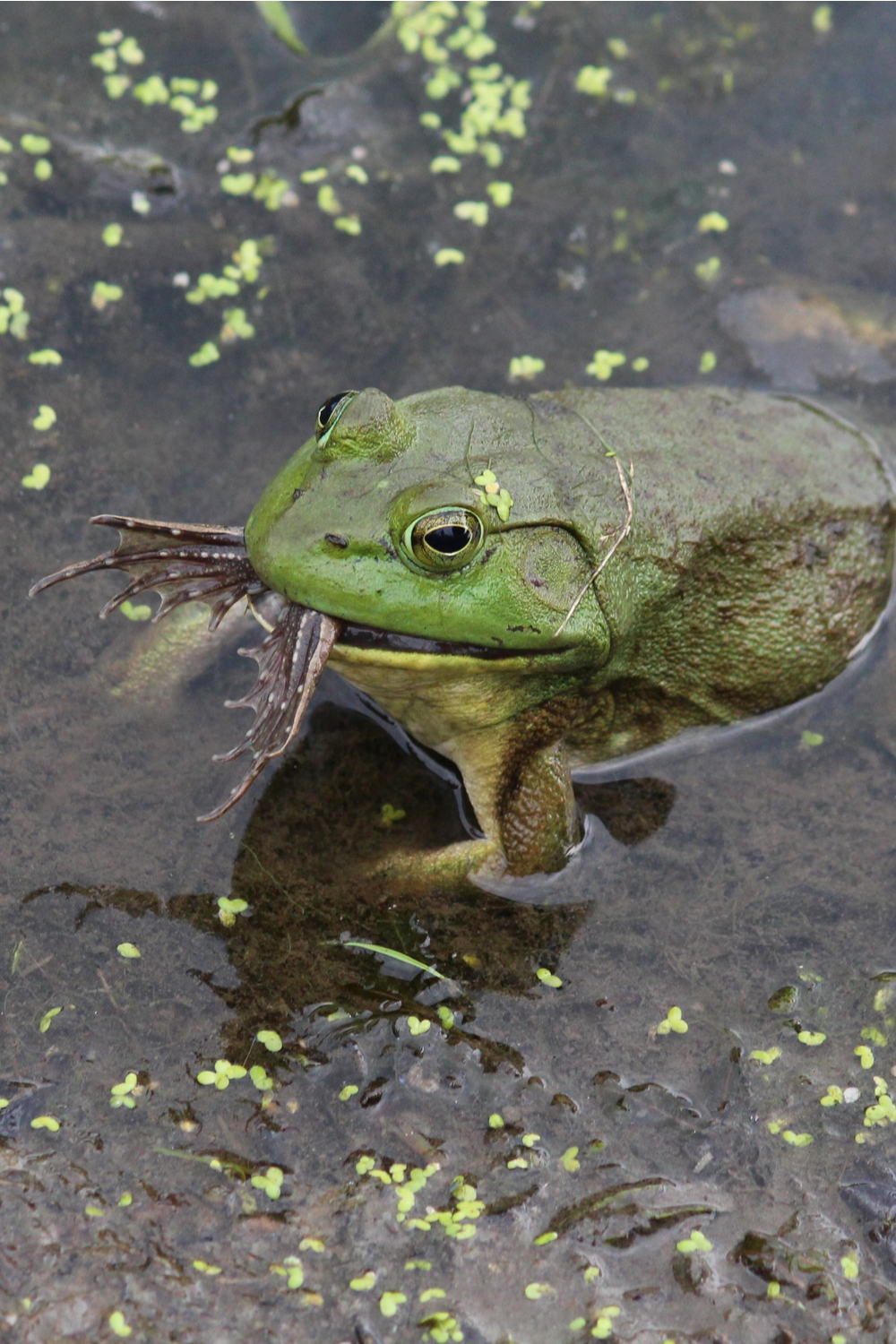 Frogs are generally harmless, but the large-mouthed species will feast on anything that can successfully fit in their mouths, including wild birds. The famous Khorat frog, especially, has been found to eat birds, and during various studies, feathers have been seen trapped inside their digestive system, which only proves that these little critters enjoy eating birds. 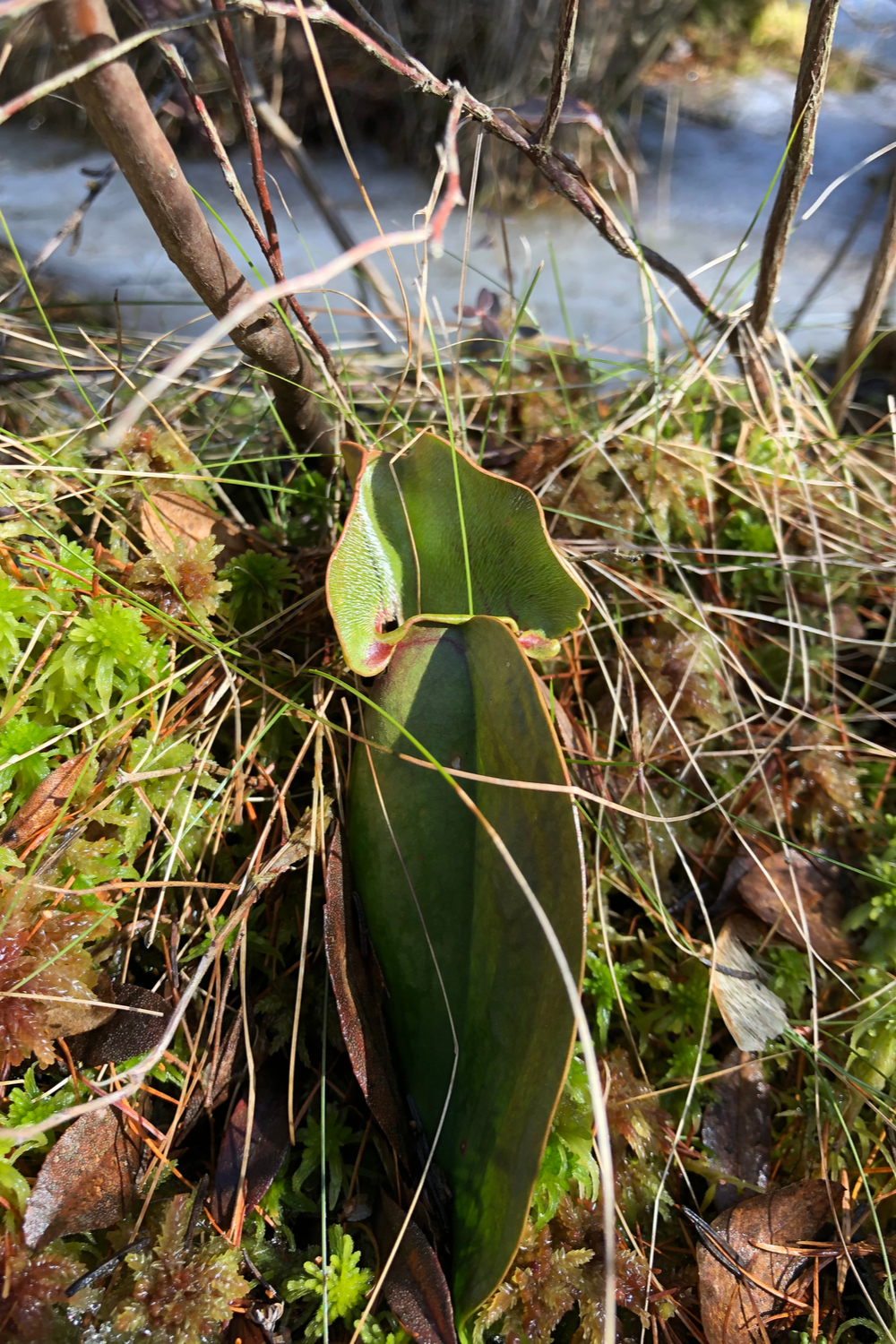 Yup! Sometimes birds end up in plants’ digestive systems. While most plants are safe for birds to get nectar from, some are bird eaters and have been found to catch unsuspecting birds.

A good example is the pitcher plant that traps birds who attempt to sip at their sweet nectar. As soon as the bird touches the juice, the plant traps it, making it difficult for the bird to escape. The result? The poor bird stays in there and eventually dies after which it is digested by the plant.

Watch this video of a bird that has been eaten by a pitcher plant:

Seals usually prey on seabirds like penguins. They are aggressive predators and will mostly camp near nesting colonies where there are young birds, and other places where birds are less experienced.

Apart from waiting for their prey in the water, seals will sometimes come to dry land where they will wait for unsuspecting birds to come close. 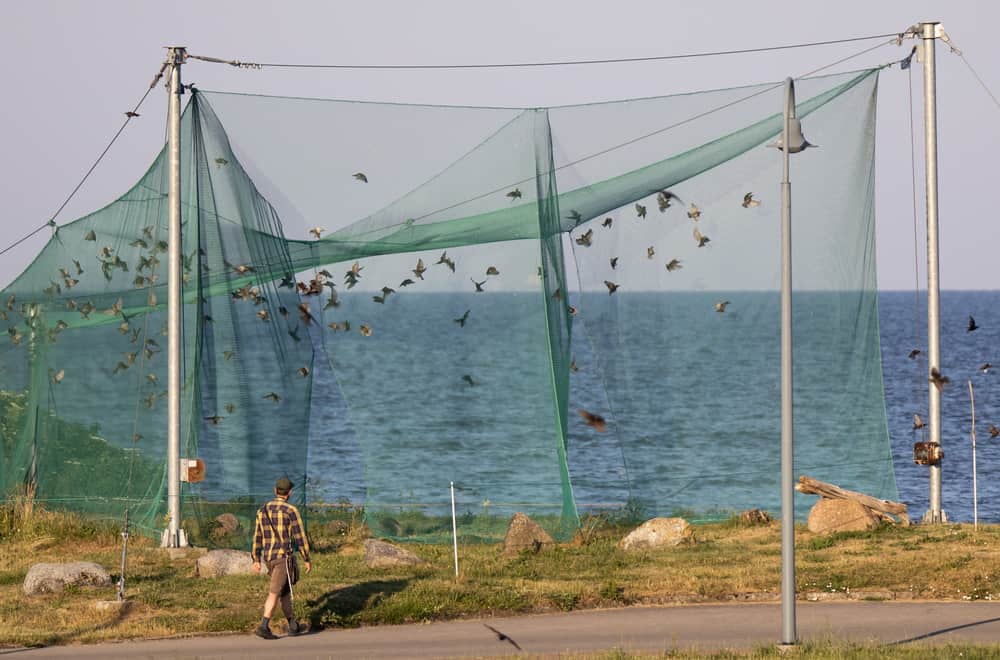 Birds have many predators, but humans are the most outrageous and dangerous predatory threat of all. Apart from hunting birds for food, humans will create artificial threats such as buildings that result in the death of birds and habitat loss.

There is also contamination from pollution, the chemicals we use daily, dirty birdbaths, and poor maintenance of feeders. All these play part in making the natural environment difficult for birds to live in, and the majority end up losing their lives. 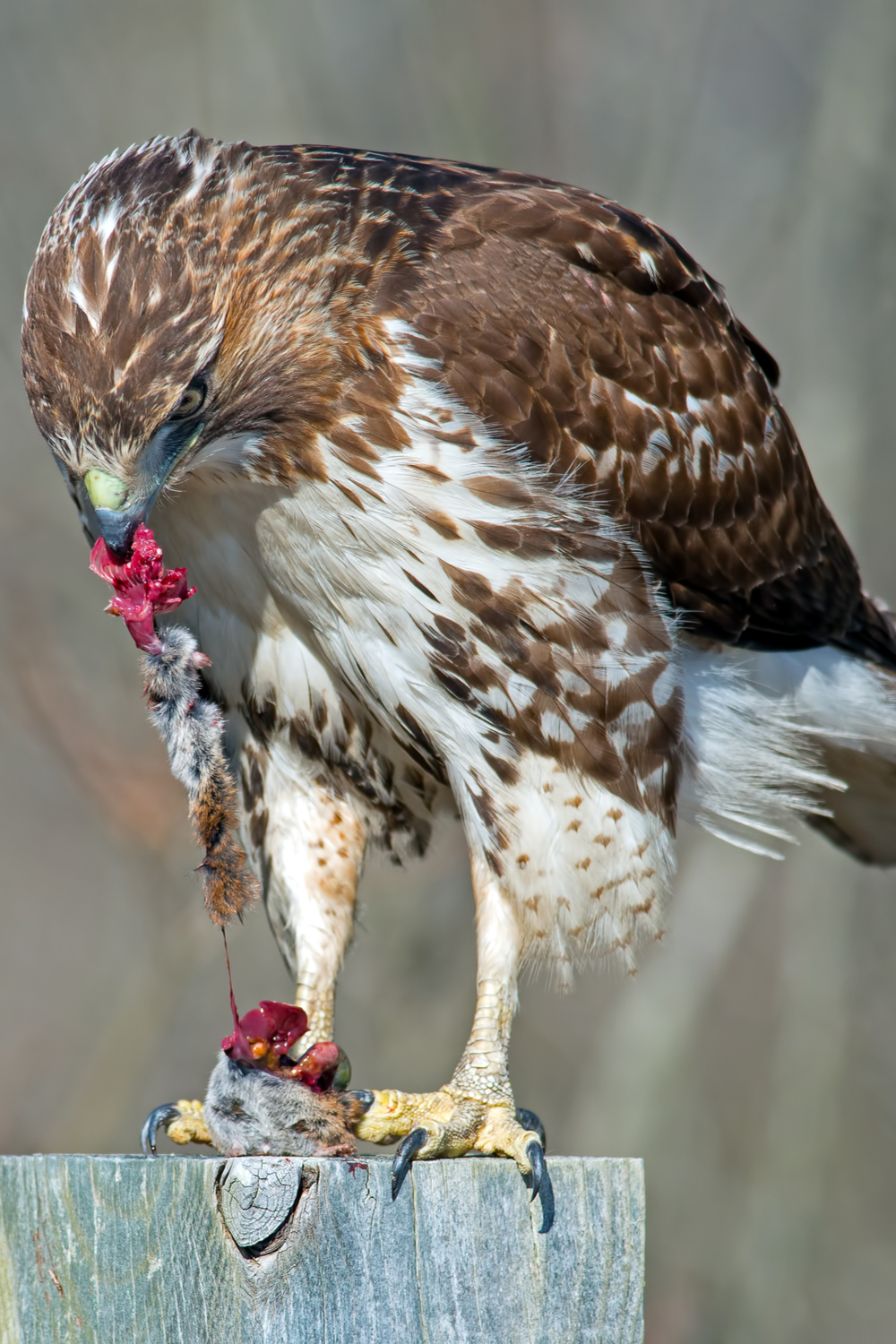 Yes, there are plenty of birds that practice cannibalism. These birds, however, don’t prey on the members of their own family.

Larger birds will prey on smaller species, with some even invading other birds’ nests for eggs and chicks.

Most species that eat other birds do not typically go for mature birds; they attack those who appear weak and vulnerable like newly-hatched birds and the injured ones. There are those, however, who will catch a flying bird and feast on it without even having to land on the ground. Examples include jays, crows, skuas, gulls, and roadrunners.

The size of prey usually doesn’t matter for most birds. The peregrine falcon, for instance, can eat relatively large birds including doves, pigeons, grouse, and ducks.

Some birds of prey can also be found in our backyards. Hawks, in particular, are notorious for lurking near poultry feeders and stealing chicks. You can prevent them from harming your birds by covering your feeders. For poultry houses, make sure to seal tiny holes where the chicks can escape from and become food for the hawks.

Birds face numerous predators, and while the majority are other members of the animal kingdom, sometimes birds become prey of other birds as well as humans. If you are a bird keeper, it’s important to know what these predators are so you can keep your feathered friends safe. It’s also good to find out things you may be doing now that may potentially threaten your birds’ life.

1 thought on “14 Predators of Birds – What Animals Eat Birds?”