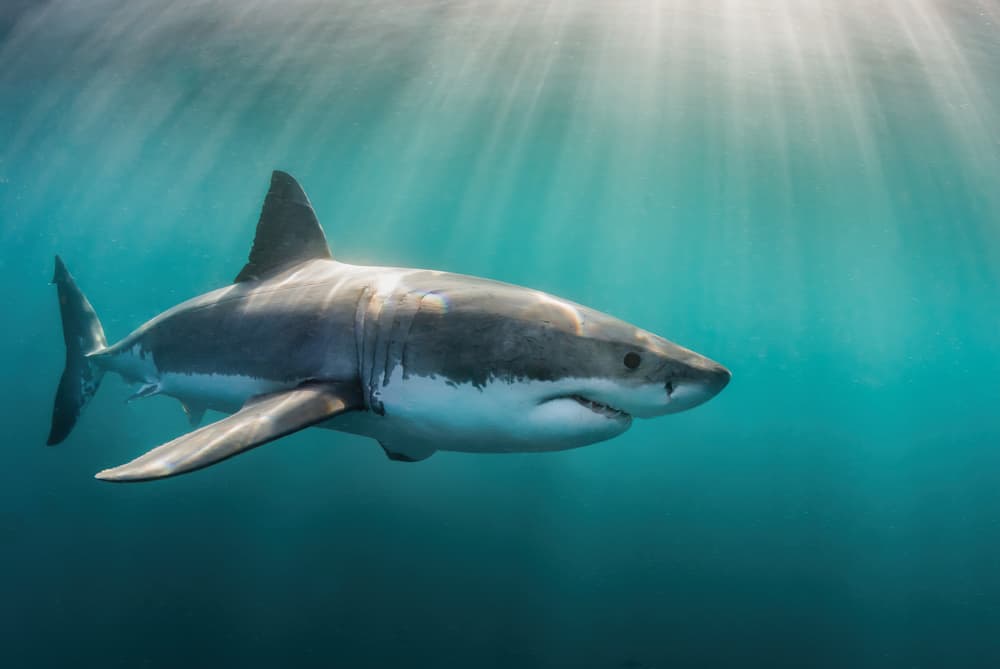 Sharks have been around humans thousands of years ago. According to the Australian Journal of Biological Sciences, these marine animals have been on earth over 450 million years ago.

Although they may look scary and induce a frightening experience when you are around them, they represent messages, especially about finding your opportunities and discovering your abilities.

In this article, we will discuss what sharks symbolize, the meaning of dreaming about them, shark encounters, and other spiritual meanings of these marine animals. 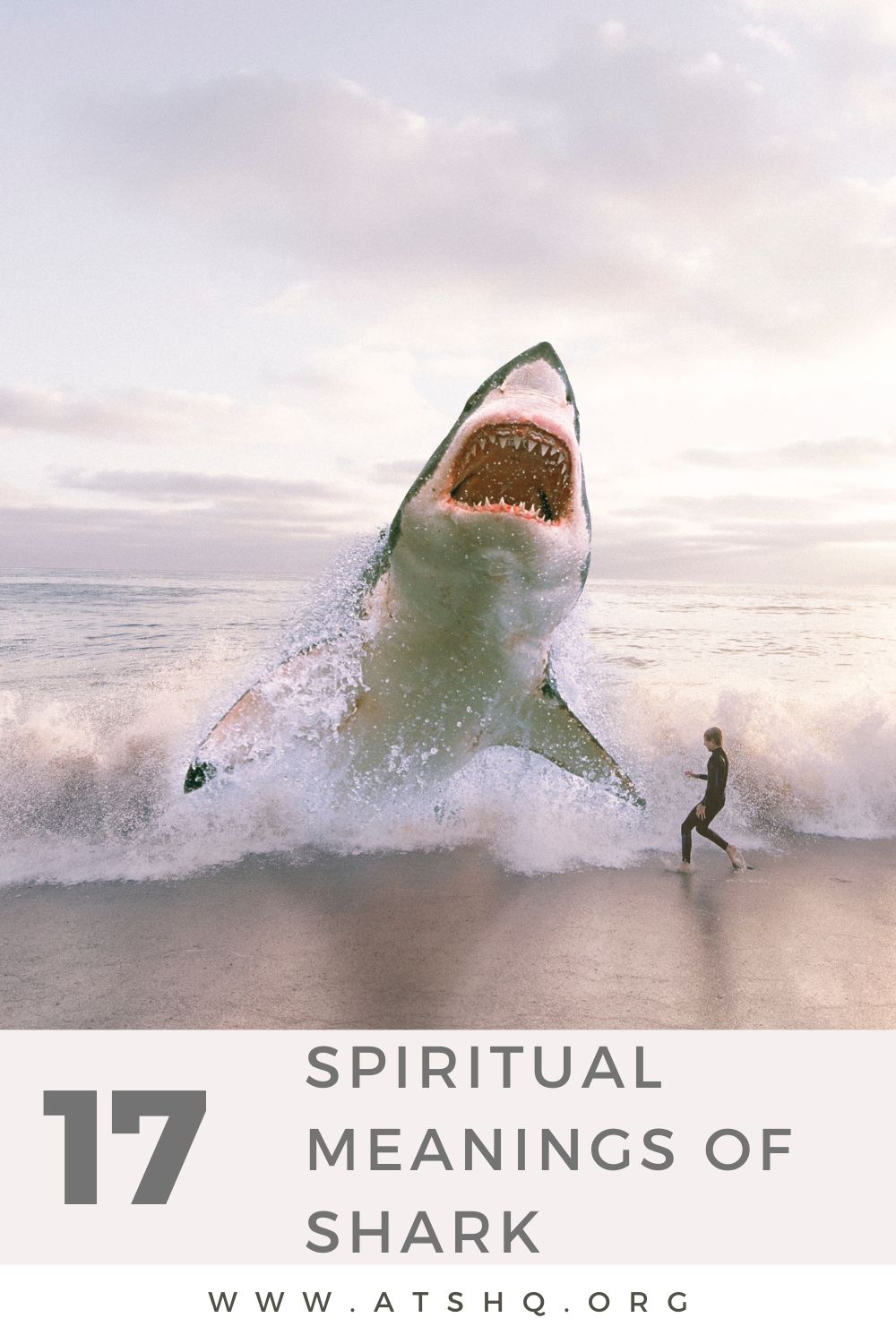 Sharks are thought to be fierce and horrible creatures that feed on humans and smaller marine animals. However, sharks are peaceful ones, especially when they travel alone. When they travel as a group, they become hostile and harmful.

Sharks symbolize protection. Because of their toughness, they teach you how to make decisions during unsure situations. In life, you may not be sure of all the answers you have but sharks will always remind you that you should keep moving forward to find the answers.

Moreover, sharks also symbolize guidance. Many people believe that these animals guide fishermen to the places where to catch abundant fish and off-course ships to show the way home.

Some people believe that if you are uncertain, you should summon this spirit animal to guide you and protect you on your journey.

Generally, sharks can help you predict a person or a situation that can harm you. With the energy of the shark, that negative energy will surely go away.

The sharks’ behavior is to keep on moving. They have this sharp sense of smell that teaches you to sniff the serendipities you desire in life.

Generally, sharks do not stop moving, and this behavior encourages you to move until you reach your goals.

Sharks signify focus. These marine animals remind you to always stay on your objectives and what you want to achieve. This means that you should avoid the things that do not matter or have no relation to your goals.

In life, you can get distracted a lot of times. However, you should always remember that if something has diverted your attention and it has nothing to do with your goal, skip it.

For some people, sharks are considered aggressive marine animals. However, they are actually docile and gentle, especially when they are fed well. When they are full and just plan to swim across the ocean, small fishes become scared because of their bad reputation.

In life, we can also gain reputation and authority. We can earn these two by becoming knowledgeable and sharpening our skills. Through these ways, a good reputation is what we can get.

On the other hand, gaining authority can also happen through negative means such as tactics, cheating, fake authority, and abuse of power. When these become the reasons for your authority, people will hate you because they consider you deadly.

To become the better version of yourself, examine your conscience and use your power correctly. Direct your energy to where you can gain authority properly. Feed your soul with positivity so that you can swim in healthy environments.

Sharks are fast-moving marine animals that travel non-stop for their survival. They represent adventures and opportunities every time you go out of your comfort zone. According to a study from the USA, just like the white great shark and whale shark that need to move to get oxygen to live, you are also encouraged to find possibilities when you explore no matter how strong the storm is.

Sharks are efficient and they do not allow any distractions to enter them. They have a strict manner filled with mystery so that they swim well as they navigate the ocean. This means that sharks remind you to swim the path of the least resistance in real life.

Sharks are very innovative and they encourage you to be one as well. If you want to become innovative like these marine animals, learn to become resourceful, fearless, and risk-takers. 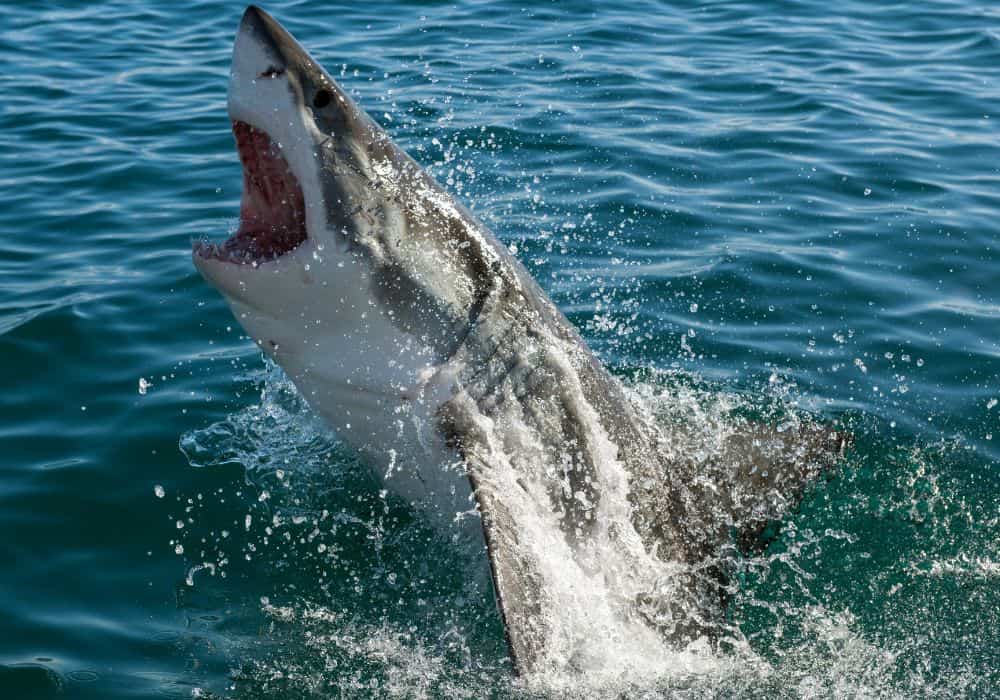 Different cultures and countries take shark symbolism differently. However, these beliefs about these marine animals are always encouraging and positive.

In Native American cultures, specifically Hawaiian culture, sharks are considered deities. Based on the book Hawaiian Folk Tales, Hawaiians have this shark god named Kamohoalii that can shift into different types of fish. This shark god is considered a spirit guide to guide sailors who are lost in the sea.

In Celtic culture, a shark’s dorsal fin is referred to as love, grace, and danger. Shark medicine is also popular with Celtic ancestors. According to a study from Germany, this idea gave birth to a more modern treatment of rheumatoid arthritis called cod liver oil.

Fortunately, a great white shark named Te Arawa came into the picture and saved these sailors from Te Parata.

In China, sharks are considered special marine animals as they are truly hard to catch. That is why, during special events, recipes using marine animals such as shark fin soup are served. Furthermore, in Chinese medicine, shark fins are also considered sexual performance boosters.

In Japan, there is a goblin named Tengu. It has a long snout and can move to different places in no time. Just like humans, Tengu hates arrogance, which is why the Japanese considered it a goblin shark.

In Greek mythology, Poseidon has a daughter named Lamia. When she met Zeus, they fell in love with one another. However, Hera, the wife of Zeus heard this and became furious.

Hera then stole the children of Lamia. Eventually, Lamia became insane. Out of pity, Zeus turned her into a shark-like sea monster that can prey on other people’s offspring. 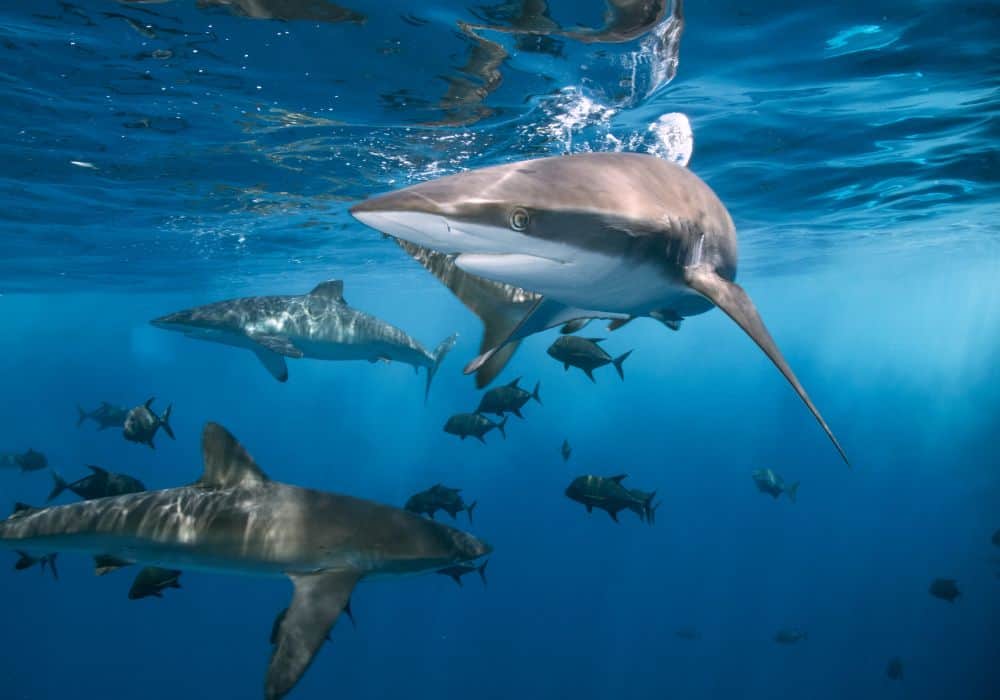 When you dream of sharks, they are actually trying to send you a message. In this section, some dream encounters with sharks will be discussed.

1. Being attacked by sharks

Being attacked by a shark means internal conflict. This sea creature is a symbol of your personality. Thus, when you dream of being attacked by it, you might be having these fears of moving towards your goal.

Some people say that being attacked by sharks is also a bad omen. There might be trouble in the future but not really that damaging. To avoid these troubles, try to look for clues in your dream – who are involved, what situations, etc.

When sharks bite you in your dream, the meaning depends on which part.

If a shark bit you in the legs, just like losing a leg, this might mean a future problem with long-lasting consequences is about to come.

On the other hand, if a shark bit your arm, trouble is now approaching. Thus, always keep yourself safe, including from people you have met in the past.

Dreaming of sharks circling means you are surrounded by danger. If you feel that you are in danger, try to escape your situation.

Remember, not only your situation may chase this danger but people around, especially those who envy you, as well.

4. Lots of sharks in the sea

Water represents your emotion. Thus, when you dream of many sharks in the sea, it might tell you that you need to balance your emotions. You might be struggling today but you have to find your way to be calm.

Fighting a shark in your dream may tell you that you are taking decisive action. So, when you decide after dreaming of this sea creature, always use your mind and not your emotions. Be calm so that you can address the situation correctly. 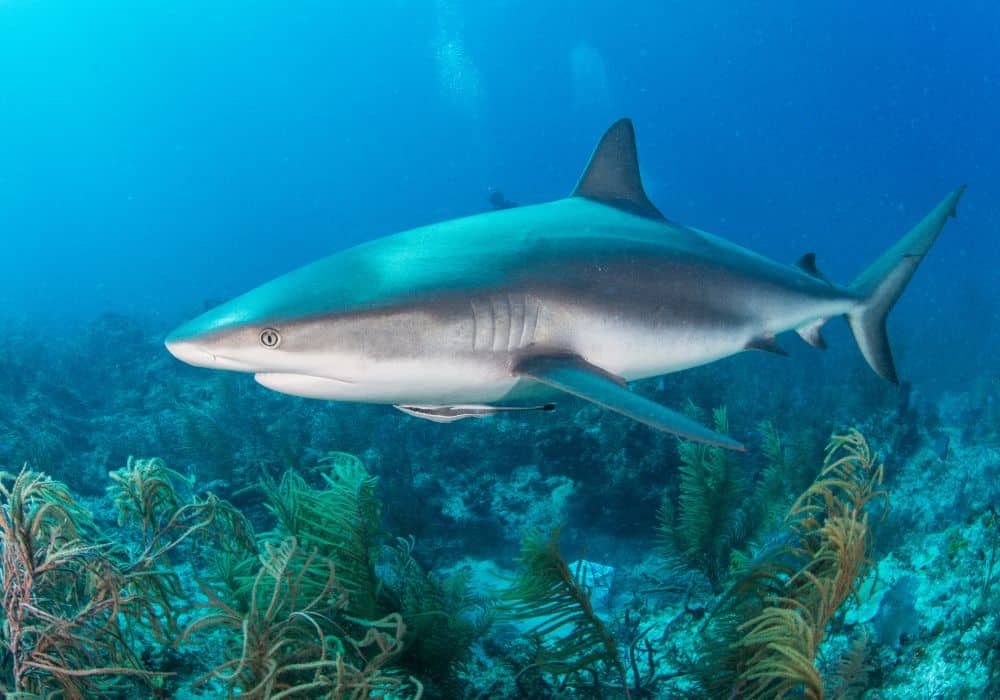 Dreaming of baby sharks means emotional immaturity and the inability to control your feelings of anger. If you dream of this, you might want to reflect on your attitude.

Dreaming of a shark on land means you are no longer hurting. Your soul has already moved on and you can already live the way you want. This dream also means you are finally free from aggressive people and situations.

9. Sharks in the Bahamas

In the Bahamas, a mythical creature named Lusca is half-shark and half-octopus. This creature is so powerful that she can control the flow of water and currents. Although it has this power, Lusca is not a harmful creature.

10. Sharks in an Aquarium

If you dream of sharks in an aquarium, it may represent sexual desire. This means that someone who crossed your path attracts you and your libido increases whenever you two interact.

Moreover, dreaming of sharks in an aquarium may also mean you have successfully overcome a dangerous situation.

If you dream of being a shark, this could represent excessive gambling. On a positive note, this can also mean you were able to eliminate the barriers that hinder you from achieving your goals. 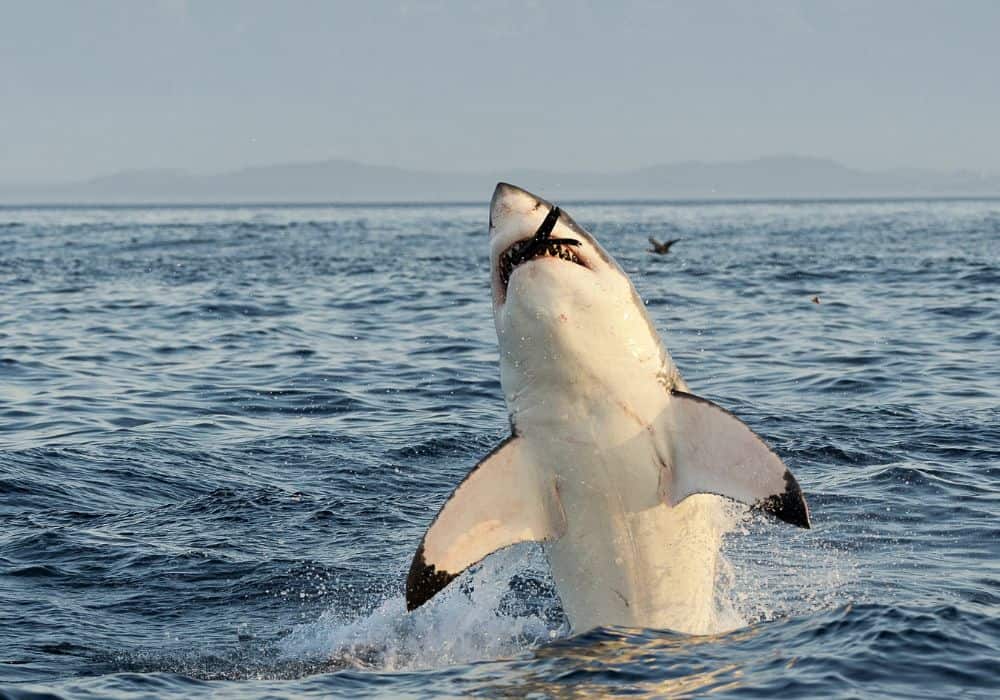 When you have this spirit animal, you can move smoothly in your life. You can follow your plans without any distractions and you have this fierceness and superiority. Once you are committed to something, you will move mountains just to make it happen.

If you ever encounter a shark, always pay attention as this spirit animal will serve as your guide as you walk towards achieving your goals.

Having a shark power animal means you have the right intuition to step back from situations that can harm you and your senses to take yourself to places you want to go.

According to a study from the United States, sharks intend to hunt rather than use their senses. They have poor eyesight as well. So, if you have this power animal, learn to stop the things you cannot see clearly.

Being unable to view certain ideas is already a sign for you to halt. Do not waste your energy on things that cannot help you reach success. Even if you need to struggle, go get your goals using the right way.

If you have this totem animal, it means that you can master your emotions. You know how to use your energy to solve issues and make decisions.

Although sharks look frightening, they are highly connected to people and all that matters to them is to live their life to the fullest. If you have this totem animal, you are encouraged to seek opportunities and adventures. Stay fearless and make no one drag you down and always remember that you are born a winner. 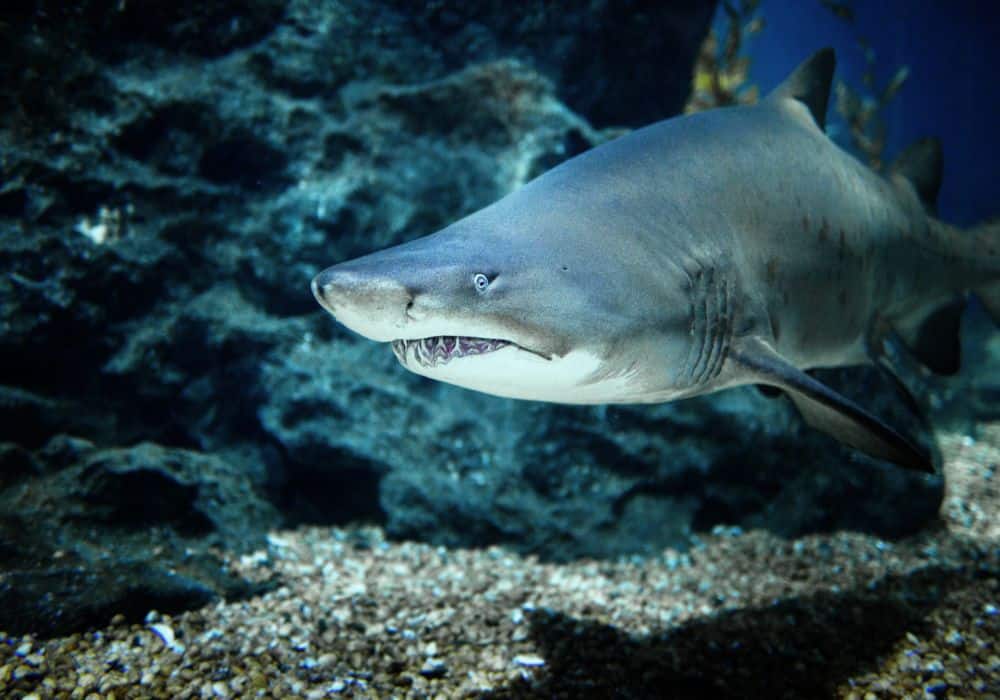 Shark tattoos offer positive attractions to yourself. If you get a hammerhead shark, it means you are guarded and safe from harm. Aside from divine protection, it also symbolizes strength, devotion, and leadership.

If not worn, warriors get a shark teeth tattoo. Some people get sharp teeth tattoos to remind themselves to control their emotions. Sometimes, shark tattoos also mean stamina, dominance, wisdom, and power.

In ancient times, a deity named Aumakua gave a man a necklace made out of shark teeth to symbolize safety.

Indeed, sharks may be a symbol of trouble, conflict, and positivity. If this shark spirit appears in your life, you are reminded to learn how to manage your emotions in front of other people.

A shark signifies authority but you should know how to use this power properly. You can be great as you can be, but, once you start to manipulate the people around you, you will fail to accomplish what is supposed to be done.

Lastly, different scenarios may happen when you encounter sharks in real life or in dreams. But, if you know how to call this shark spirit you will understand what these encounters are trying to impart in your life.