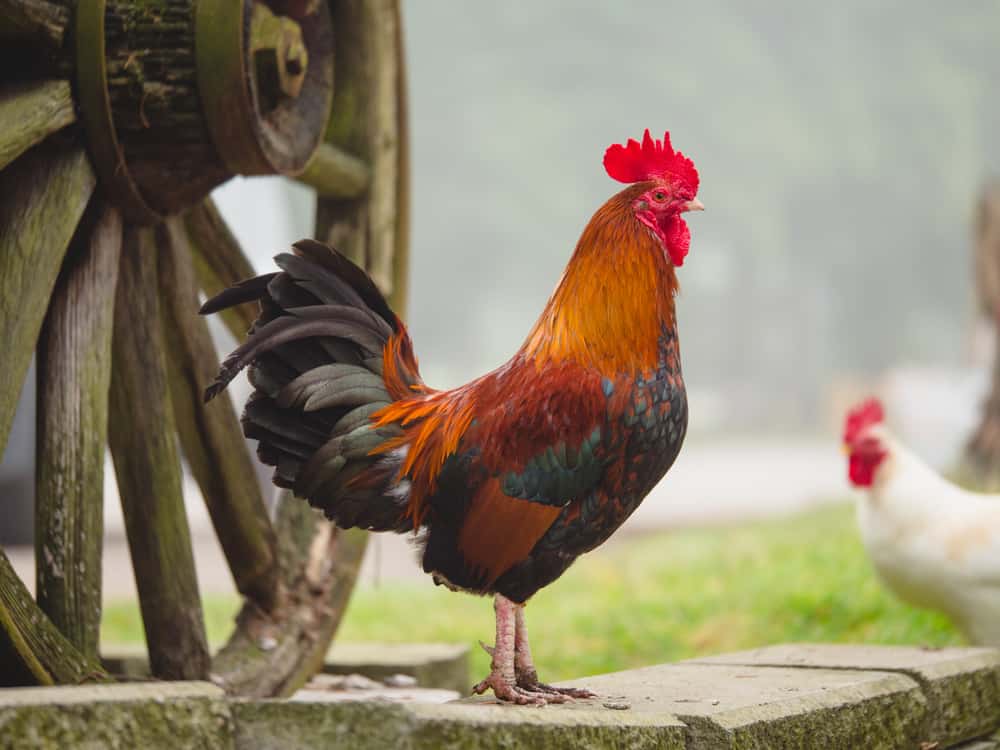 From the morning crow of the rooster to its long strides on the farm, symbolism abounds for this confident creature. While we have seen them on weather vanes and within Chinese zodiac signs, what does the rooster truly symbolize?

From its role in mythology to how it’s seen culture-by-culture, let’s dive in. 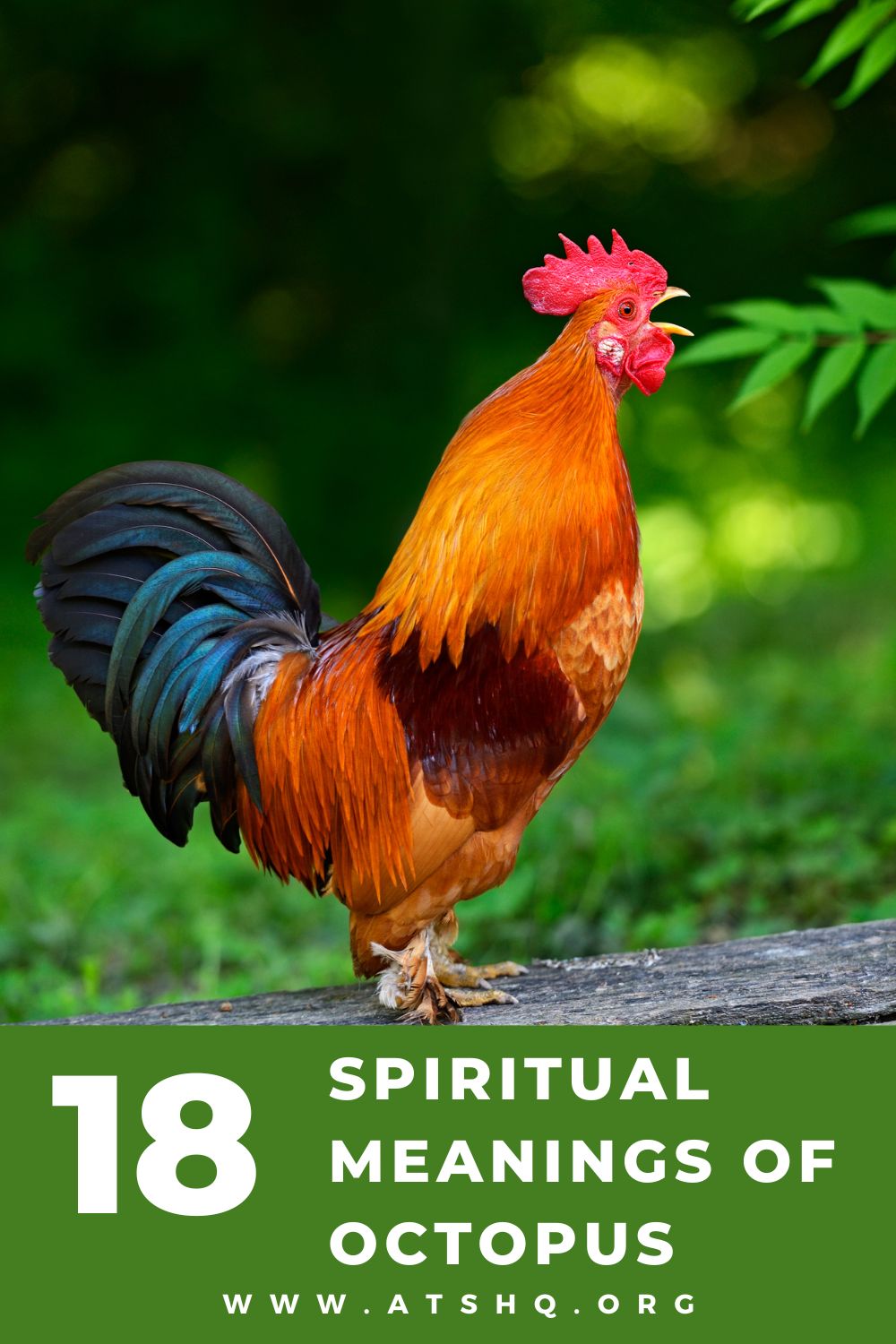 The General Symbolism of the Rooster

Across time and the globe, roosters have stood as symbols of masculinity and cockiness within humans. They’ve also been used extensively as a Chinese zodiac sign.

1. Roosters as a Symbol of Masculinity

The domestication of chickens and roosters is said to date back as early as 8000 BC, making this one of the oldest relationships between humans and animals. In this case, it’s no surprise that the chicken and rooster represent the earliest forms of femininity and masculinity.

The chicken or hen is said to symbolize motherhood, comfort, and prosperity, whereas the rooster contrarily symbolizes aggression, fearlessness, virility, and masculinity. It is also said that the divine masculine – the male energy that flows within the universe – moves with the sun, rising and falling in 24 hours.

The rooster’s famous sunrise call breaks into the day, leading to symbols of energy, sunshine, optimism, and early risers. As a symbol of masculinity, roosters also represent protection, patience, bravery, and alertness.

2. Roosters as a Symbol of Cockiness

Originally, people called roosters cockerel, which was later shortened to cock. The word “cocky” was derived from roosters to describe someone with audacious overconfidence that resembled a rooster’s nature.

Roosters carry themselves confidently with a direct stride and high chest. They are territorial, aggressive animals that love picking fights and were even forced into fights throughout history for people’s entertainment.

Nowadays, someone may be deemed “cocky” if they walk with the excessive flamboyant confidence of the rooster and act a tad aggressive, arrogant, or all-knowing. 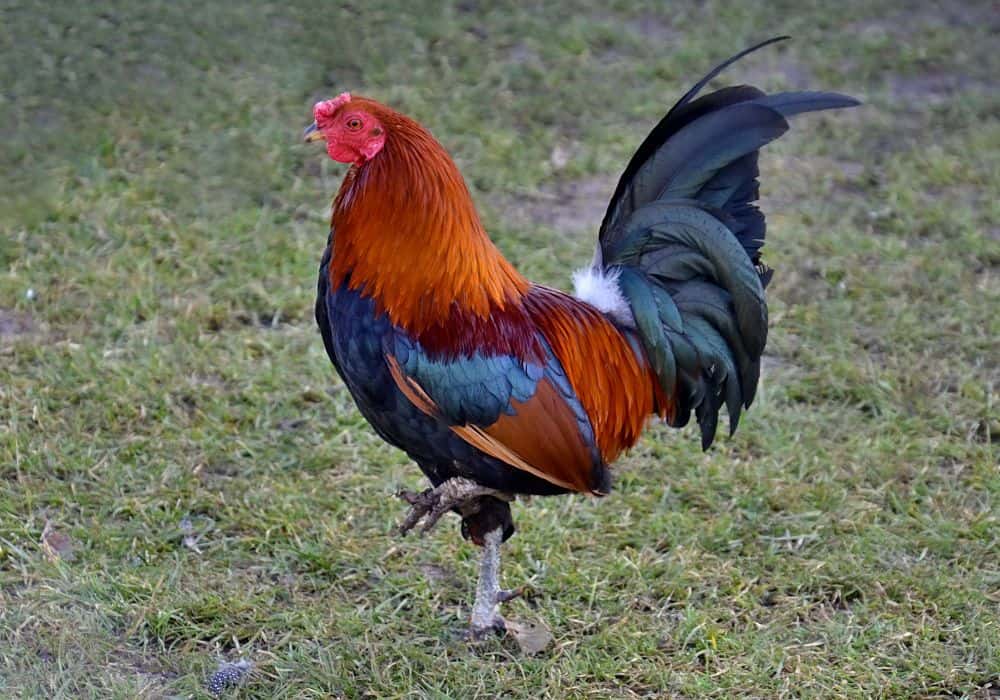 3. Rooster as the Chinese Zodiac

The Chinese zodiac is made up of twelve animals representing the Chinese calendar. This twelve-animal cycle rotates every year and the rooster is the tenth in line. The year 2017 was the last year of the rooster and 2029 will be the next.

People born in the year of the rooster have the virtues of honesty, ambition, conversation, and activity. They are also said to have traits such as gullibility, arrogance, and vanity. They are also expected to be motivated and hard-working and have a personable and kind nature.

The Chinese zodiac is also associated with the five earth elements of water, fire, earth, wood, and gold or metal. In this way, someone can be born in a rooster year but also a wood year, making them a wood rooster in Chinese culture.

If you were born in the year of the rooster, your lucky numbers are five, seven, and eight, and your lucky directions are south and southeast. Rooster zodiac signs are also associated with good fortune.

The Symbolism of the Rooster in Culture 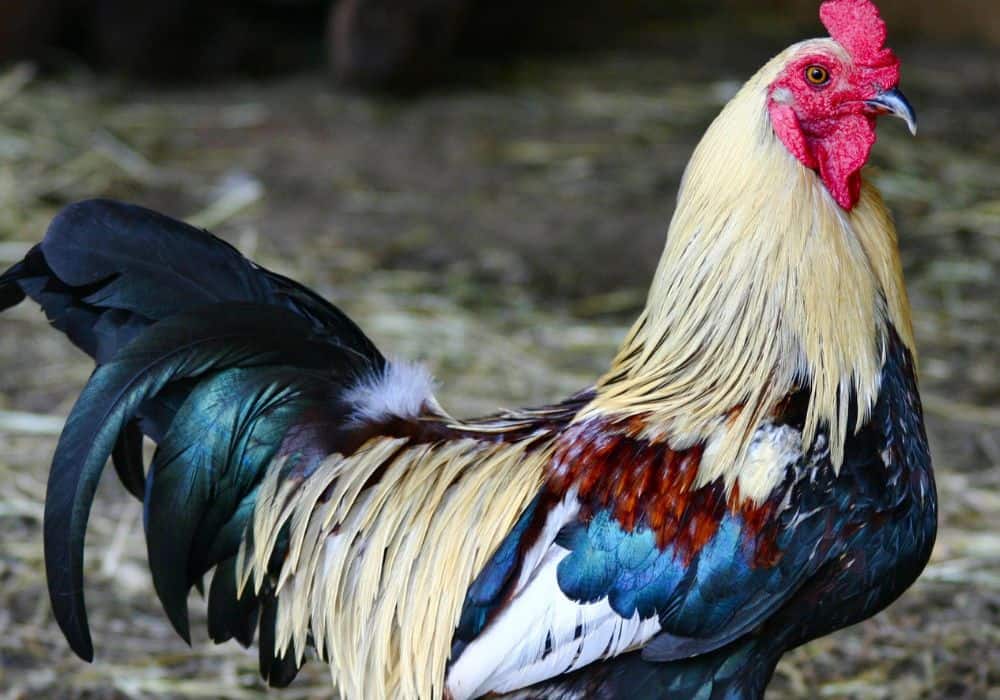 Apart from using it as a zodiac sign, roosters in China are hung on walls as part of Feng Shui to ward off demons from the underworld.

The rooster is one of the most respected symbols in Japan. It is considered a sacred animal and is allowed to roam freely in the Shinto Temples, as they believe its morning calls wake the Goddess of the Sun, Amaterasu.

A rooster’s comb in Japan symbolizes civil merit while its spurs mean military merit. A rooster’s ability to fight also makes it a symbol of courage and reliability.

Roosters have also stood as a symbol of France. Before France was established as its own country, the region was called Gaul. Gaul’s famed symbol was the French gallic rooster.

The ancient Romans also associated Gaul with roosters because “gallus” is the Latin word for rooster. Roosters are seen as a symbol of strength to represent the might of the Gallic warriors and the national pride of France.

In the Celtic world, roosters represent fertility and virility, and even the region of present-day France.

As odd as it may seem, roosters are a classic symbol for sailors from the 19th and early 20th centuries. Although the exact origin is still contested, many sailors get a rooster tattoo on their left foot or ankle and a pig tattoo on their right.

Some say these symbols mean good luck because, in an event of a shipwreck, pigs and roosters may survive due to their buoyant wooden crates. Plus, if a sailor was lucky, they could find shelter on such crates and float to safety. 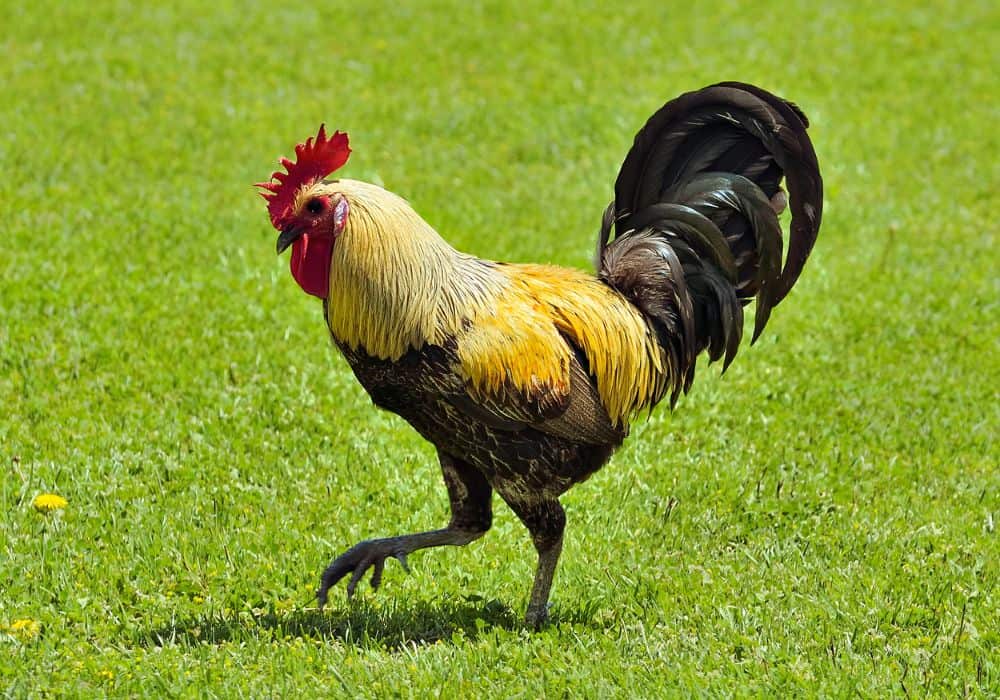 Roosters have played important roles in both Christianity and Buddhism.

A weathervane is a tool that sits on the highest point of a building, used to show the wind’s direction. The first people to use weathervanes hundreds of years ago, tied strings or cloth to the top of their houses. That is, until around 600 A.D. when the rooster weathervane took over.

To understand the importance of the rooster, you have to know the story of St. Peter. In the Bible, the story states that Peter’s denial of Jesus would occur three times before the rooster crows, giving the rooster its important place in Christian symbolism.

Between 590 and 604 A.D., Pope Gregory I declared the rooster the official symbol of Christianity, leading to the first rooster symbol weathervanes. Years later, in the 9th century, Pope Nicholas cemented rooster weathervanes by decreeing that all churches should display them on their domes and steeples as a symbol of Peter’s betrayal.

This became the fashion and rooster weathervanes were displayed on rooftops throughout Europe. People even took them to the New World, where you can still see them today in places like the United States.

As a symbol of both Christianity and of the weather, roosters symbolize the victory of light over darkness. These animals are the first to see the dawn and their early crow is even said to ward off evil.

For Buddhists, roosters symbolize non-physical desires, such as wanting to feel a connection with a higher being or reaching illumination. In Buddhism, it is one of only three animals to do so, alongside the pig and snake.

Those in ancient Greece associated roosters with both new beginnings and an imminent end. A crowing rooster in the morning was positive, while a crowing rooster at night stood for danger.

For both ancient Greeks and Romans, roosters were associated with the gods Minerva, Mars, and Asclepius. The rooster took on their attributes of healing, a quarrelsome nature, and readiness.

Mercury was also portrayed with a rooster, symbolizing ways of communication.

In another myth, Leto became pregnant by Zeus. A rooster stood by Leto when she gave birth to the god Apollo and Artemis, dedicating the rooster to the solar gods and goddesses.

One Japanese myth states that the rooster brought the sun back into the world, while Japanese Taoists see the rooster as a lucky emblem.

The Spiritual Symbolism of the Rooster

Roosters carry spiritual meaning as spirit and totem animals, especially for those with strong emotions.

The rooster spirit animal and power animal will serve as a spirit guide, leading through its vigilance, protection, and quick-thinking. This is a great spirit animal to have when you are lacking direction and need to search within yourself to find the answers you are looking for.

The rooster totem animal is for those that are in touch with their strong and feisty side. Groups with this totem animal feel emotions very strongly, and they are often witty and extroverted.

Use the rooster totem animal to get in touch with your intuition and consciousness, following your gut feelings whenever possible.

Whether you’re curious about your rooster zodiac sign or wondering why the weathervane portrays this bird, it’s safe to say that rooster symbolism extends far and wide.

Generally regarded as confident and slightly aggressive animals, you may connect with the rooster spirit or totem animal if you are a person who knows what you want and goes for it without hesitation.

No matter your personality, we can all at least admire this animal for being the waking call – quite literally – to the world every new morning.