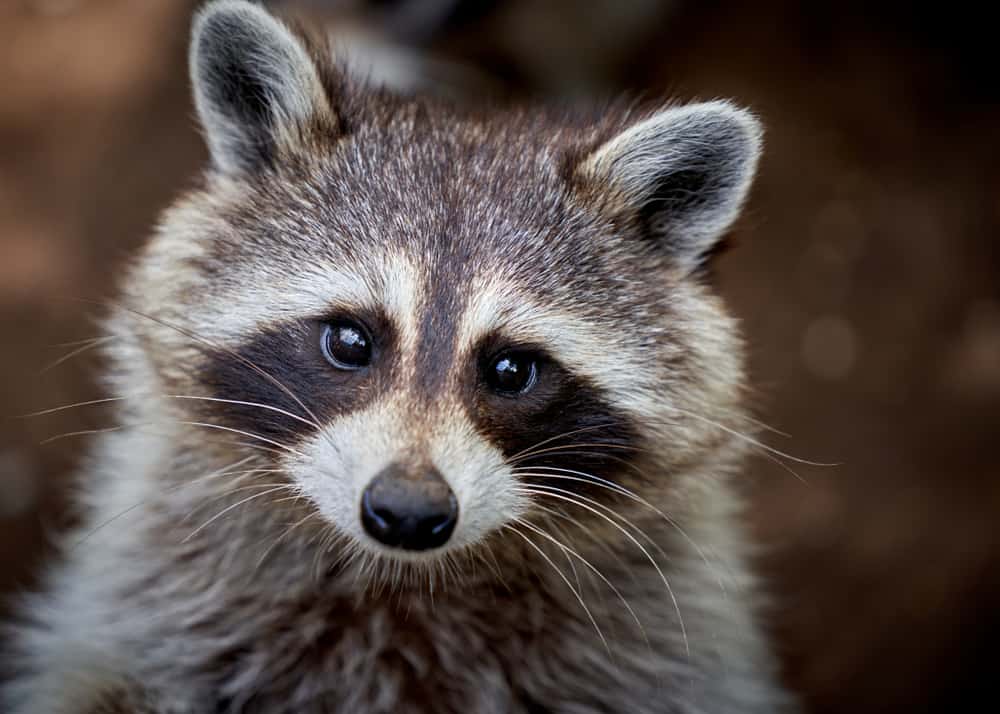 Many animals across different cultures and religions have symbolic meanings. They are seen to represent us and signify things in our lives currently and things to come. The raccoon is a symbolic animal in many cultures and seeing a raccoon in dreams or in real life can have many meanings.

In this article, we have collated information about raccoon symbolism. Raccoons are often associated with trickery, adaptability, and resourcefulness. However, there are plenty of other meanings, as we will find out when we delve deeper into the topic. 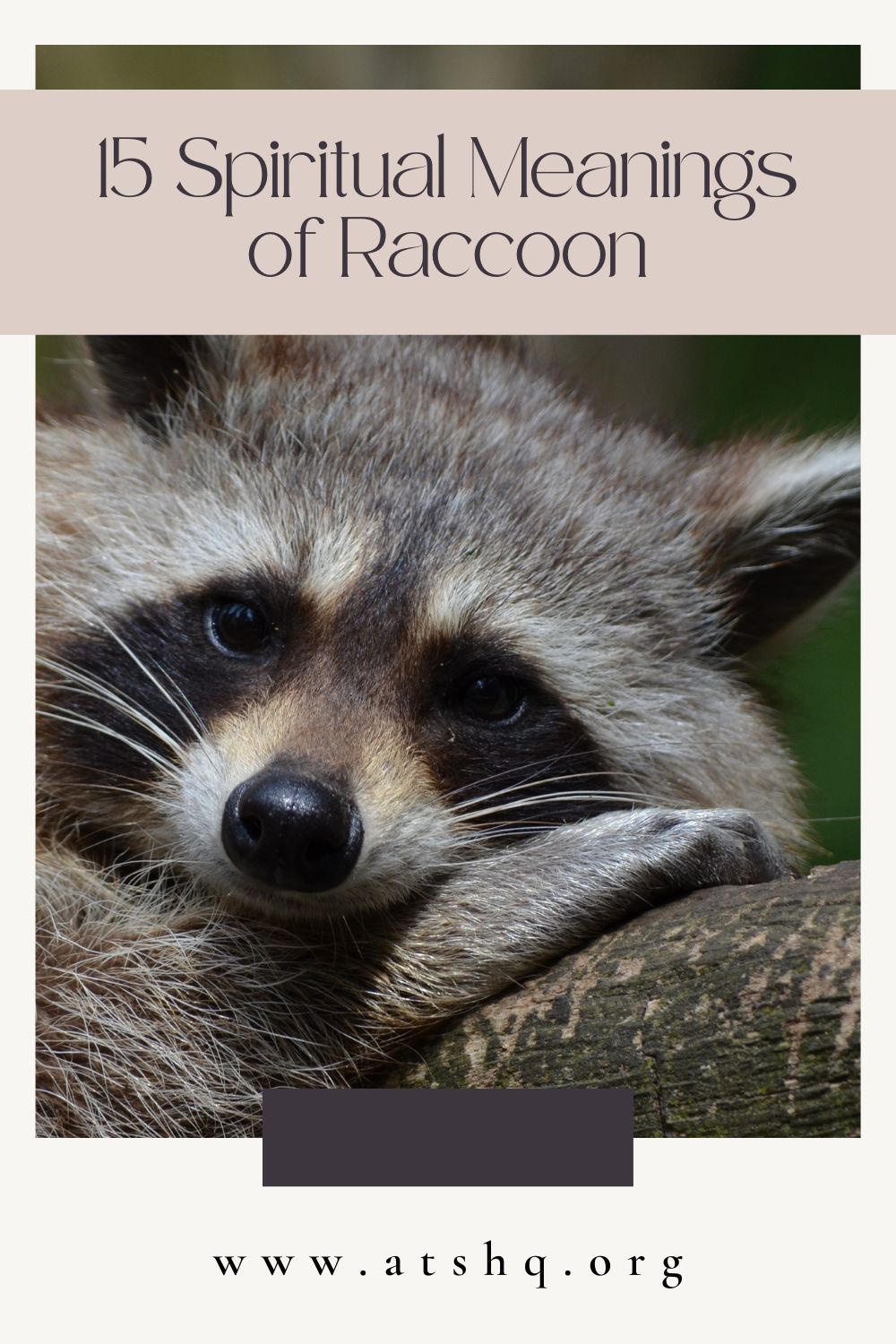 The Facts of Raccoon

Raccoons have broad heads with a pointed snout and short, rounded ears. They are probably best known for the black face mask that gives them a mischievous look. Their tales have 5-10 alternating black and brown rings and the fur is usually grey.

An average adult raccoon is about 80 cm from head to the tail and can weigh 6-8 kg if it is a northern raccoon and about 4 kg if it is a southern raccoon. However, because they build up fat around their body to sustain them during the winter, some raccoons have been known to weigh as much as 28 kg in the autumn.

The name comes from Algonquian (a native American language word) arakun, which means he scratches with his hand. The Indian name for the species comes from the raccoon’s way of ”washing” its food between its front paws.

Raccoons are native to North, Central, and South America and some Caribbean Islands. It lives in a wide range of habitats, including urban areas where they are known to raid garbage bins for food. They have been introduced to parts of Europe and Russia.

Raccoon as a spirit animal

Let’s begin by focusing on the raccoon’s most recognizable feature, its mask, a symbol of transformation. The mask reminds us to remember that people are never exactly how they seem. It also symbolizes the ability to adapt to different situations and people. Having a raccoon spirit animal enter your life can mean personal growth and change.

Because raccoons are curious creatures who love to explore, having a raccoon spirit animal can be a sign that you need to get more curious and start exploring different avenues in your life. Perhaps it is time for something new.

Raccoons are also problem solvers and can bring with them lessons about taking the time to look at the entire picture to find the best solution. Finally, they are courageous and will fight when it feels under a threat. This can be symbolic for you to stand up for yourself.

Raccoons as a totem animal

People who have raccoon animal totem are curious and their thirst for knowledge is never quenched. This ability to find out more can make them great problem solvers, or lead them into trouble when they put their noses where they are not welcome.

When problems arise, people with a raccoon totem animal understand that adapting their ways can be the key to solving them. If you have a raccoon as your totem animal, it can mean that you are at your most creative at night. Raccoon totem people also have a discerning eye and like things their way.

If you would like to learn more about raccoons in Native American culture, including the story that explains why raccoons wash their hands, visit What is My Spirit Animal. 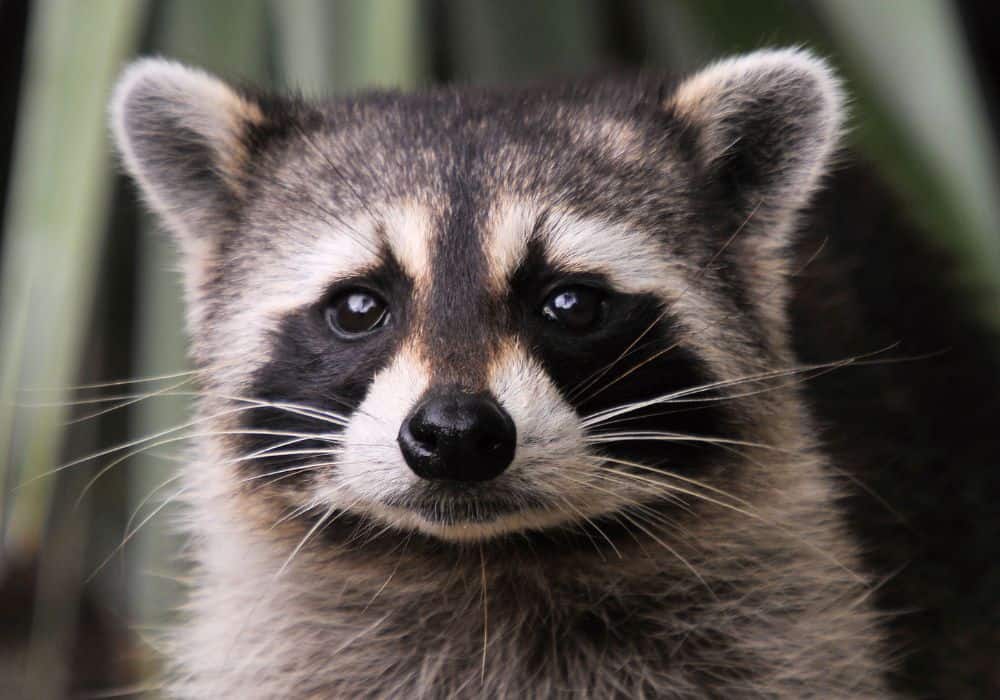 References to raccoons are not found in many religions or cultures, most likely because they were originally only found in the Americas. Outside the Native American tribes, there are raccoon references in the Celtic culture and in Christianity. Japan and China have animals that look similar to raccoons that have symbolic meanings.

Long before the Europeans arrived, the Native American tribes already regarded raccoons as symbolic animals. They appear in native dances and rites that tell stories in which the raccoon symbolizes dexterity and survival because of its scavenger habits. The raccoon is also seen as a trickster and symbolizes mischief.

The Sioux would sometimes wear raccoon masks during rituals to connect with entities from other realms. The Aztecs saw raccoons as magical creatures and they were a symbol for the tribe’s wise women.

In Abenaki and Penobscot tribes the Raccoon God Azeban appears often in humorous stories. He creates trouble sometimes, but means no harm and can be foolish in his hunt for food.

Similar to the Native Americans, the Celtic folklore featured the raccoon as a lovable rascal and a trickster who is always stealing food from other animals. They believed raccoons had supernatural powers.

Raccoons are mentioned in a story about Noah’s Ark. You can read the story here, but the gist of it is that Noah cursed them for eating a unicorn and God changed it from a sleek and proud animal to a lumbering beast who had to spend their lives scavenging for food.

Furthermore, because of the connotation with robbers and thieves who prefer to operate under the cover of darkness, raccoons in Christianity are associated with darkness and having no love for God.

In Japan, there is an animal that looks very similar to the raccoon called the tanuki, also known by the name raccoon dog. However, they are more closely related to the fox.

In traditional Japanese stories, similar to the Native American stories of raccoons, the tanuki is described as a master of disguise and a shapeshifter. They are also mischievous.

The Chinese equivalent of a raccoon is the red panda. Despite their appearance, they are not related to raccoons. Neither are they related to pandas, even if their name might suggest that. The red panda is a symbol of gentleness, compromise, and patience.

What does it mean if you dream about a raccoon?

There are many interpretations for dreaming about a raccoon. What it could mean depends on what the raccoon is doing and how many there are. The Pleasant Dream website lists sixty interpretations of a raccoon appearing in your dreams. Here, we have picked five examples to share with you.

If you dream about a raccoon going through garbage, it could mean you have obstacles in your life that are blocking your path to success. It could also mean that you need to pay attention to something you have been ignoring. A raccoon searching through trash could be a way for your unconscious mind to tell you to pay more attention to yourself.

A raccoon biting you

A dream about raccoon biting could mean that some secrets in your life are about to be revealed. When the secrets are out, it will upset your peace of mind. Where the raccoon bites you can be a clue, for example, a bite on your head could signify that the secrets involve your plans and ideas.

A raccoon that is hiding

A hidden raccoon in a dream can mean that a role or a position you had in mind will be given to someone else instead.

A dream where you are feeding a raccoon

If you dream of yourself feeding a raccoon, it could mean a new partnership entering your life. Another possible interpretation of this dream is that you have a loyal person in your life with whom you can share your concerns. A third interpretation is that you need to be friendly to others and look after your friends.

Dreaming of a white raccoon 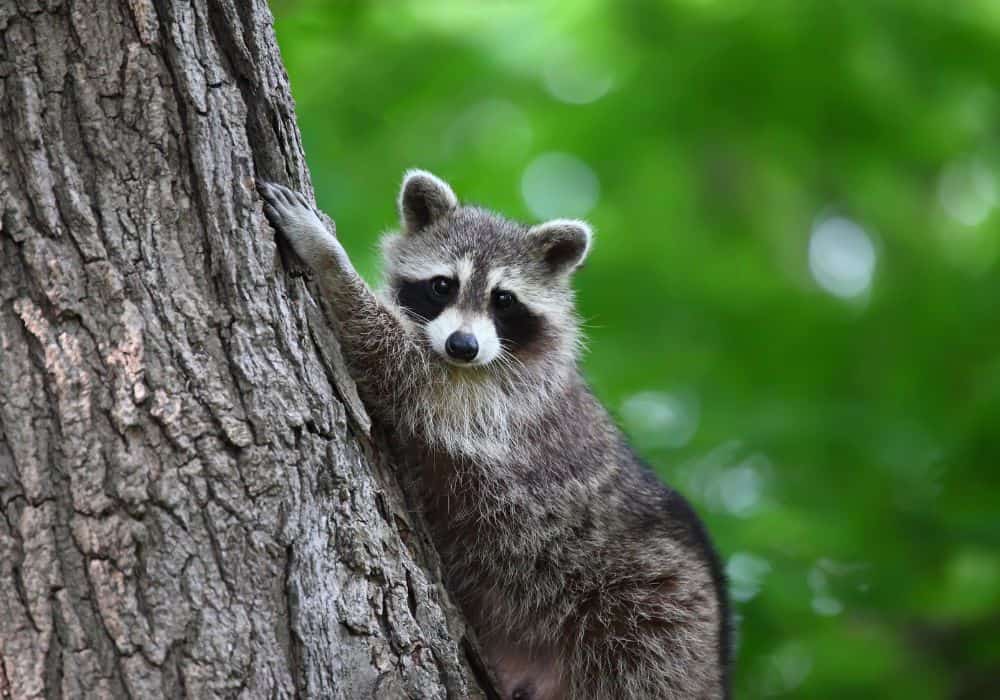 Many people like to have raccoon tattoos because they symbolize adaptability, resourcefulness, and encouragement among other things. However, not all raccoon tattoos mean the same, but how the raccoon is depicted can change the symbolism. Here are some examples.

What does it mean if a raccoon keeps crossing your path?

Raccoons are fairly solitary animals. However, especially in urban areas, they venture into people’s gardens in search of food so it is not uncommon to spot a raccoon. But what does it mean if you keep seeing them time after time?

Constantly crossing paths with a raccoon can mean that you should live in harmony with yourself and the world. Figure out the plan for your life and claim your space in the world. Seeing a raccoon also means that you need to observe your ego with empathy. Guide it with your inner consciousness with kindness and love.

However, it should also be remembered that many traditional stories depict raccoons as a trickster. So if you keep having encounters with a raccoon, it could be a warning about deception or theft and telling you to be on your guard.

The meaning of the appearance of raccoons

We mentioned earlier that the mask is a symbol of transformation, but what do its other features signify?

Let’s think about its color, gray first. Gray is an ambivalent color. It reminds us we should not categorize people are good or bad but try to understand their individuality. Gray also stands for intelligence.

Raccoons have rings on their tails which represent oneness, eternity, and the cycle of life. The contrasting colors of the tail rings are also representative of natural balance, a connection between light and dark.

If you would like to read about the significance of the raccoon’s appearance in more detail, you can read this post from Symbols and Synchronicity.

Raccoons are animals that have long been important spirit and totem animals in particular in Native American cultures. A person with a raccoon as their spirit animal is often resourceful and can use their intelligence to adapt to situations and solve problems.

However, raccoons are also depicted as tricksters, shapeshifters, and mischievous animals, and depending on the context, seeing a raccoon in a dream or in real life can be a warning. You may need to look out for someone who might not be trustworthy.

Hopefully, we have answered all your questions regarding raccoon symbolism. If you have further questions about the meaning of raccoon spiritually or symbolically, you can write your questions in the comments section.