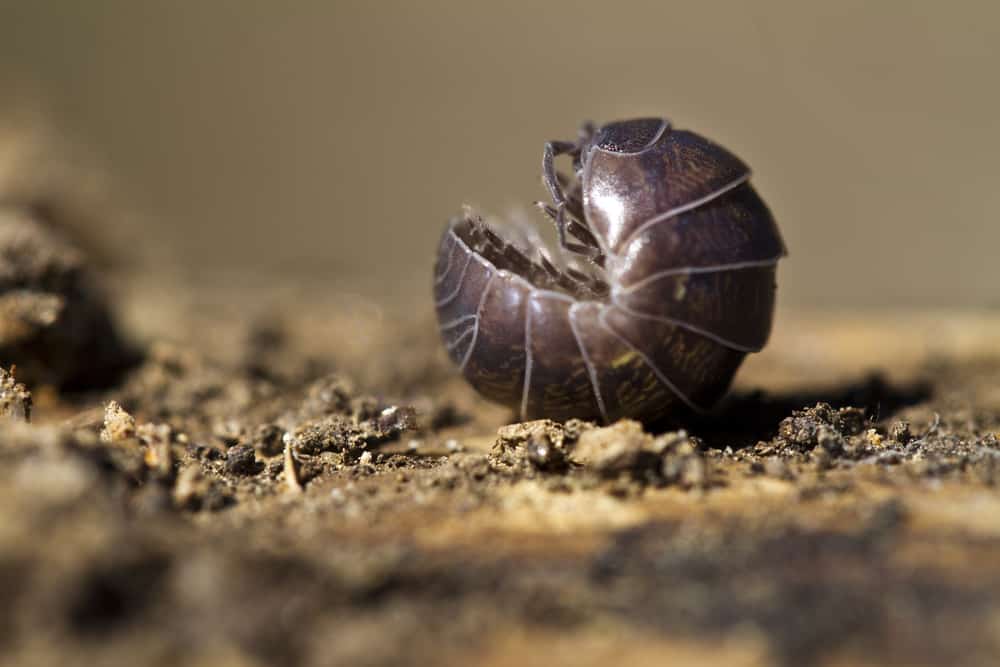 Pill bugs go by many names. A roly-poly is a name for some while others know them as woodlice, armadillo bugs, potato bugs, policies, and even tiggy-hogs.

If you’re out digging in your garden and some rollie pollies wander across your hand, you may be wondering what the little critters eat, among other things.

In this article, I describe the eating habits and diet of pill bugs. I also talk about where these insects live, how they survive, and other cool information you probably haven’t heard before. Let’s get started!

1. The Physical Characteristics of Pill Bugs 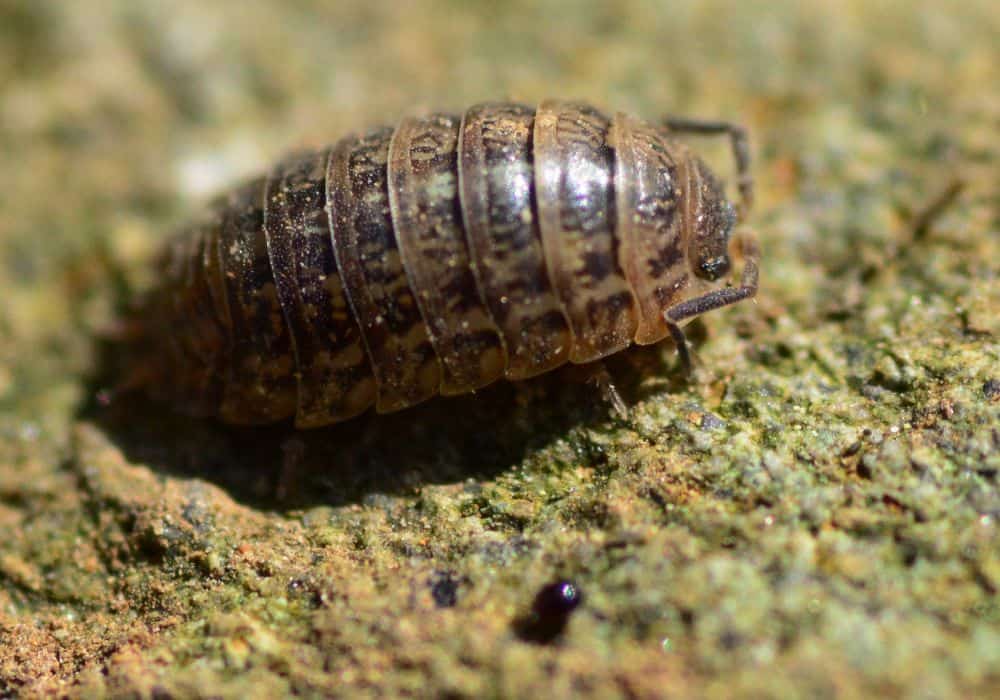 With dense exoskeletons and jointed appendages, pill bugs are a lot like insects and arachnids. Yet these “bugs” are not bugs at all, even though they have many more legs than most insects (centipedes not included) and more antennae as well.

Pill bugs are actually crustaceans, which means they’re more like shrimp, crabs, lobsters, and other isopods. Their bodies look like ovals, they’re not greater than an inch in length, and they’re usually shades of gray and brown.

With seven pairs of legs and two sets of antennae, they certainly look like a range of bugs. And because the seven sections of their thorax overlap, they can curl into a ball, and it’s this ball shape that gives them their name.

Pill bugs are essential in the decomposition of plant matter. They break down organic material and return nutrients to the soil. For this reason, they have not considered a nuisance but actually a benefit.

They can’t survive underwater, yet their girls always have to be moist. Moreover, they’re the only crustacean that can live on land alone.

And because they have a high tolerance for ammonia, they don’t have to urinate like all humans and the majority of animals. Ammonia is released through their shells in gas form.

They also eat their own feces, which is known as coprophagy. While the reason for this is still not certain, scientists believe this is to retain copper, which is a vital mineral for them. They can also drink using both ends of their bodies.

You can find pill bugs throughout the world. They live in places with moderate humidity and mild temperatures. In short, if there’s decaying organic matter around, you can expect to find pill bugs.

Scientists believe pill bugs are originally from the Mediterranean part of Europe, and like people, they’ve traveled many miles from this region. One can even find pill bugs in temperate, subarctic, and subtropical biomes, which means they are on every continent and even some dry islands.

You can find them living in moist, fertile soil, and they also like to make the underside of a rock or other natural debris home. They can use their shelter not only for protection but for food as well, especially if it’s a bark of some kind.

Human debris can also be a good home for a pill bug, which is why you may find one under damp cardboard, a rag, or a compost pile. Areas, where the soil will freeze over completely, are not ideal for pill bugs, and they avoid light, which explains why they rely on nocturnal feeding.

They’re studied in laboratories, and at present nearly 4,000 species of pill bugs populate the world. 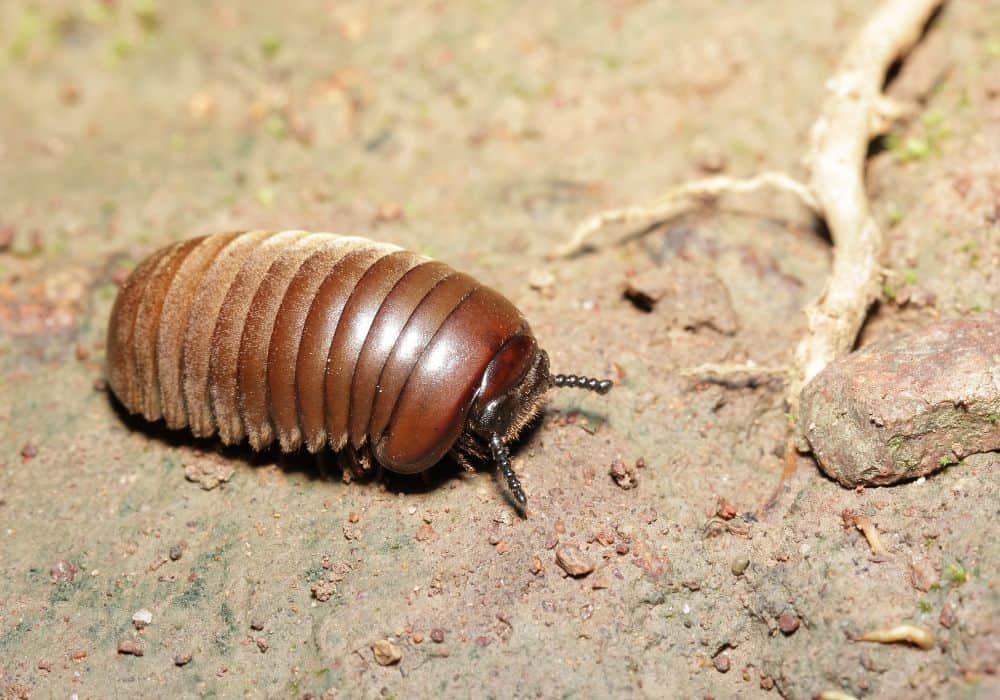 Because of their role as primary decomposers, pill bugs serve as detritivores, eating organic matter such as fungi, plants, and excrement. They can also feed on vegetables like carrots and fruits like strawberries and the sought-after tomato.

They’ve also shown that they’re not averse to eating meat. And they don’t just eat their own feces; they also eat the weaker members of their community. Consuming their own feces or a weaker member will provide copper, a mineral that’s usually in short supply yet so important.

They inject nutrients into the soil and these benefit plants of all kinds. Sometimes they feed on living plants, including roots, seeds, and seedlings. The hatching eggs of stink bugs are also on the menu, which explains why pill bugs are considered pest control.

They also consume fruits that have been left over by other insects. But alternative feeding really only happens when there isn’t enough decomposed matter for the community. 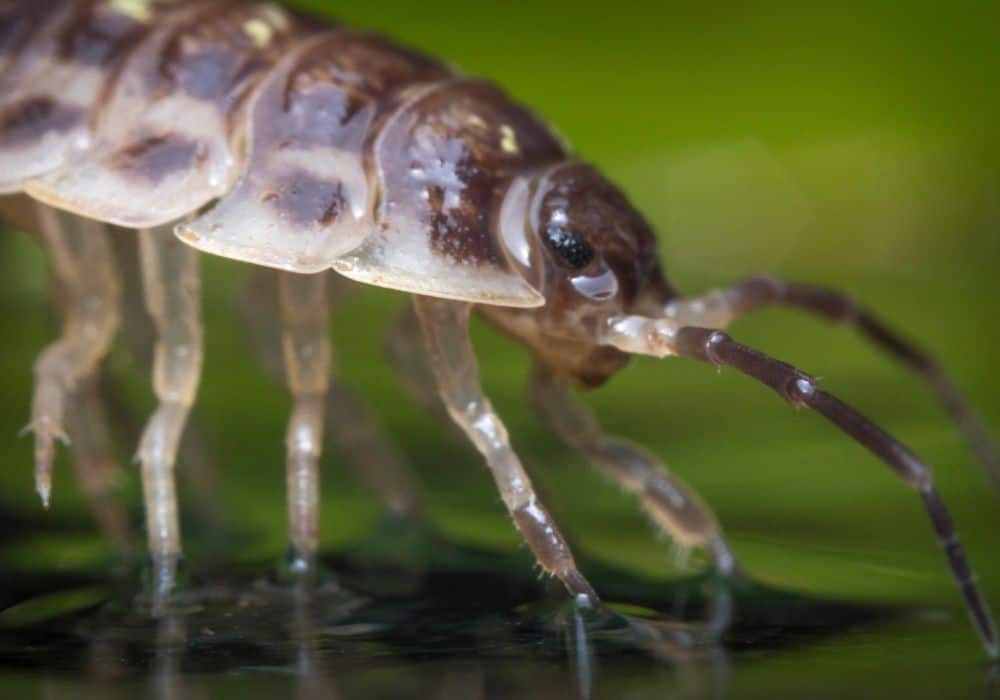 A pill bug can survive on 4-6 ounces of food weekly. They can’t last longer than a few days without food. They usually eat at night. as this is when they’re most active. They don’t eat fast, rather they will nibble on their food.

If you’re feeding a pill bug, you don’t need to supply it with water as well, for they get moisture from the food they eat. It’s also been found that female pill bugs, especially midst the reproduction cycle, consume more than males.

So the next time you see a pill bug, don’t be quick to swat it away, as they provide a lot of benefits. Like spiders and toads, they are great pest eliminators, and they’re essential in the decomposition cycle.

They live off leaves and they’ll improve your compost, and you don’t have to worry about getting a bite or sting from one. So let them eat your fungi and moss and appreciate that they’re contributing to the life cycle of your local ecosystem.

1. Can you keep pill bugs as pets?

Yes, pill bugs are kept as pets. You keep them on a farm like you would keep ants or other insects. You can feed them what they would get in the wild twice or thrice a week.

Yes, pill bugs eat dead bugs, including dead pill bugs. They do this because they can absorb nutrients from dead bugs.

3. What do pill bugs need to survive?

Pill bugs need access to their food and that’s it. They don’t drink water because they get this from food. They also need a favorable temperature. So if there’s plenty of organic material around, they do fine.