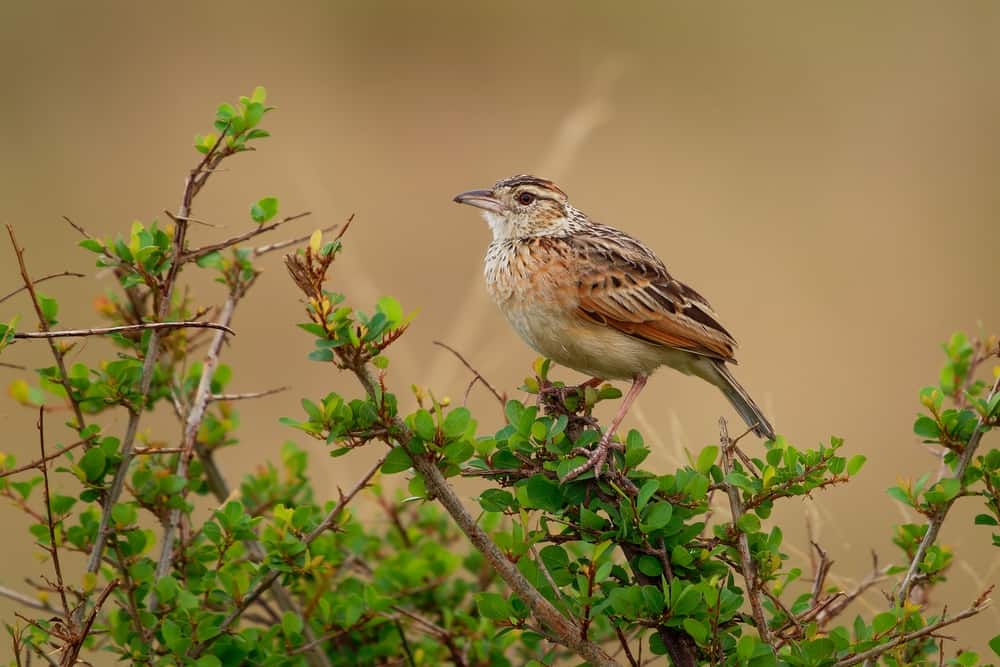 If you’ve never seen a lark, identifying it may seem like a guessing game. Yet if you hear a beautiful song from the sky, you should take heed as this may be a lark crossing you with important news about your future!

Do you love humming along to the lovely song of larks? Did you know that there could be a hidden message that they carry about your life? Keep an eye out for this fascinating songbird, and use the information in this article to help you interpret the meanings of the messages they deliver.

Are you curious about the lark symbolism? Then you’ll want to read this! 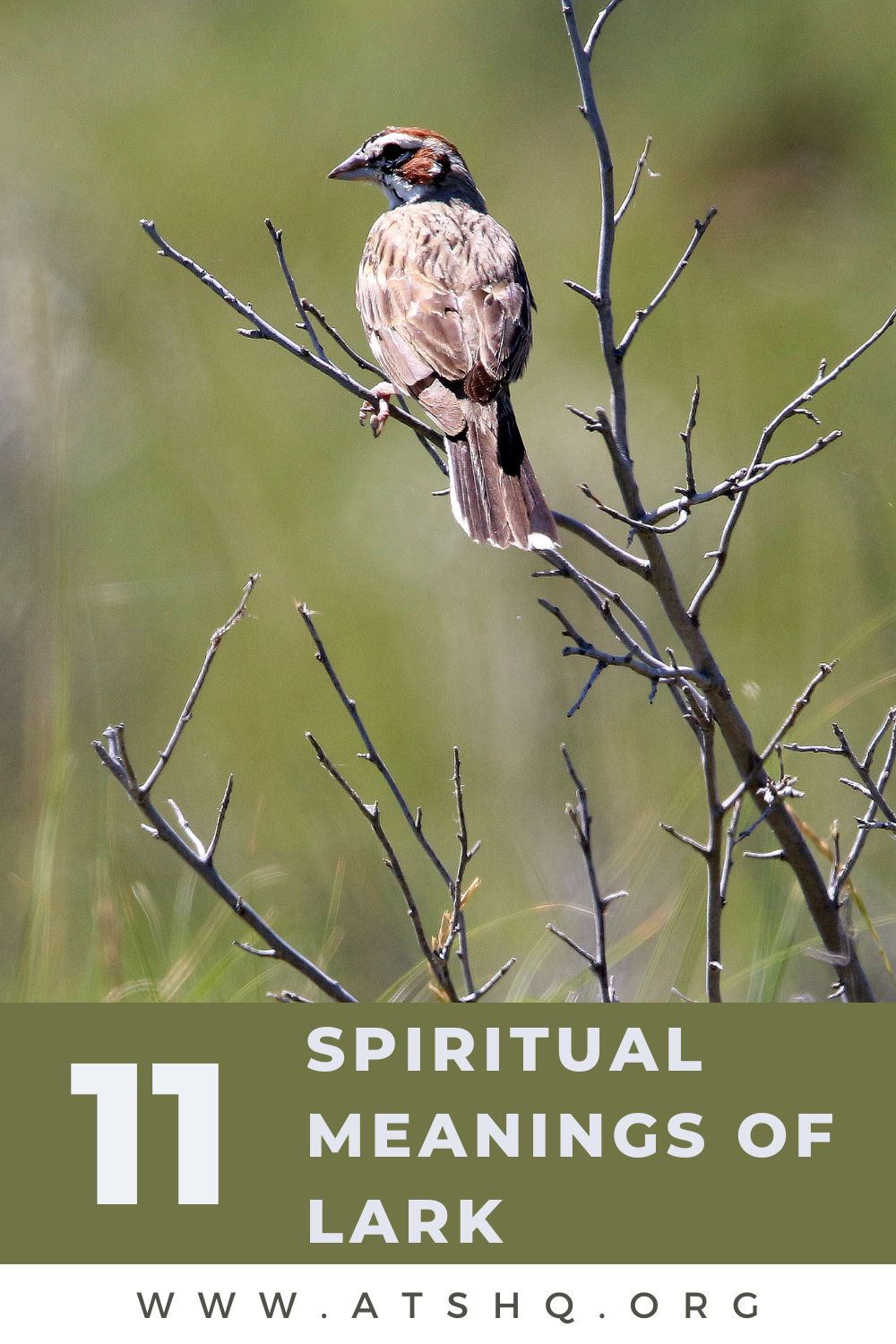 Larks are passerine birds from the Alaudidae family. Most lark species can be found in Africa, but these birds can be found all over the world. The habitats of many species vary greatly, but many live in dry areas.

In North America, only the horned Lark exists, and only Horsfield’s bush Lark lives in Australia. When the word “lark” is not specified, it frequently refers to the Eurasian skylark (Alauda arvensis).

Larks are light brown overall, with various dark streaks and markings. Their tails are relatively short, and their wings are rounded. In order to help them maintain their balance when walking or running, lark birds have thick legs and long hind claws. These birds have sharp, triangular beaks that can pierce almost anything.

The most well-known species of larks are the woodlark, Horned Lark, and shore lark, but there are many others.

People adore larks for their soulful singing. Unlike other birds that only sing when perched on a tree branch, larks sing while flying through the sky.

Their catchy, beautiful songs uplift and inspire people to find joy in their surroundings. Even various religions and mythologies praise these birds for their captivating singing.

Generally, larks stand for wonderful things like wealth, fertility, abundance, and prosperity in your life. The Lark is a bird that represents happiness and hope.

In folklore, the Lark is often depicted as a herald of good news, singing a tune that inspires optimism. People who have gotten off track can rely on larks to deliver messages that will help them get back in sync with the cycles of life.

Larks are beautiful birds that have been held in high regard in different traditions. In Latin America, it is known as “Pajaro cantarino,” which translates to “songbird” in English. As its name suggests, this bird does, in fact, sing songs and even advises humans on how to improve their lives in accordance with local customs.

The Japanese word for Lark is “kamome,” which translates to “seagull,” due to the bird’s habit of sitting on the tops of trees like a seagull.

Kamome also represents change and adventure in our lives. If we are brave enough to venture into the unknown while holding on to the things that have brought us joy thus far, something new will always be waiting for us.

Don’t be afraid to follow your gut instinct when making changes in your life, as Lark’s symbolism serves as a gentle reminder to do just that rather than letting yourself be led astray by your own mind. 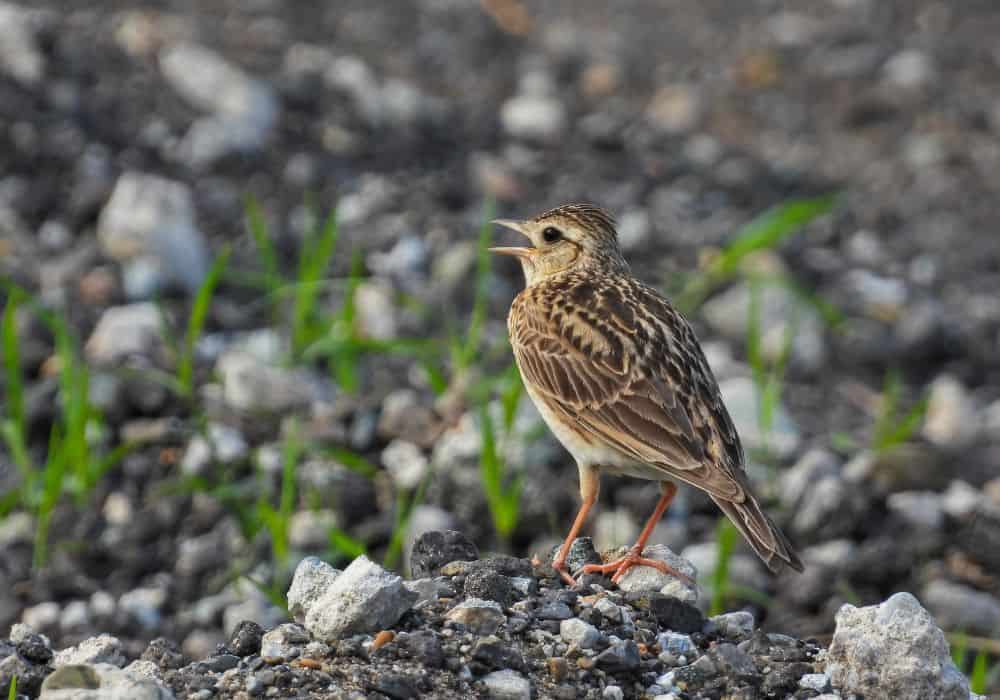 While larks aren’t necessarily symbolic, they are mentioned in some parts of the Bible. Larks are associated with worship in Christian traditions because of their joyful morning choruses. And these birds represent openness and joy in the eyes of Christians.

This goes hand-in-hand with their singing, which for humans is typically regarded as a private activity and a profound expression their selves. The song “Lark” inspires us to get in touch with our feelings and sing our hearts out.

Some Christian communities associate lark birds with the moon due to the marking on their breast that looks like a crescent shape. And since the moon symbolizes femininity in Christianity, larks and lark designs are also associated with that gender.

The larks served as Itokaga’s messengers in Lakota and Dakota mythology (Okaga). Itokaga was a figure for the south wind. The south is where the sun rises and sets, making it the symbol of renewal and vitality.

This is why the Lark is connected to femininity and all the positive connotations that entail: attractiveness, faithfulness, marital bliss, and procreation. It is also believed to bring abundance and an impending harvest.

Buryats in Mongolia and Siberia associate the Lark with Buddhism. Larks are positive symbols for the Buryats, representing purity, sanctity, and springtime. Buryats believe larks can purify water. 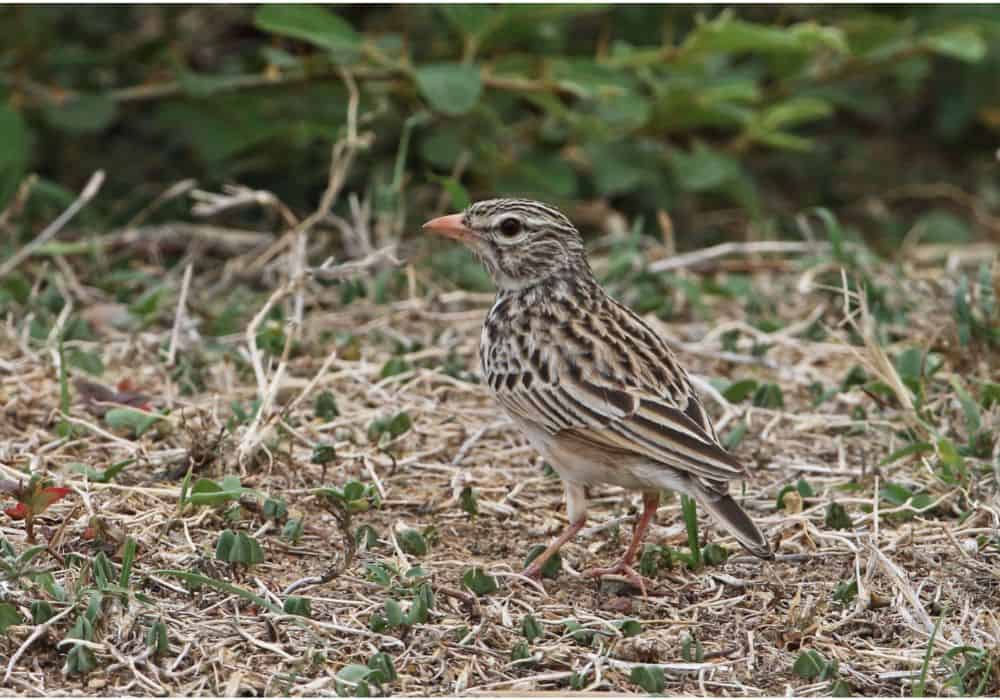 According to a Cherokee legend, a lark noticed his feet had grown long and ungainly. The lark bird was very embarrassed because his feet kept getting longer and longer. So he wanted to hide away because he was afraid that other birds would laugh at him if he sang in the sky.

One day, the Grasshopper noticed that his lark friend was only singing quietly to himself while hiding his feet in the grass. The Grasshopper tried to comfort the sad little Lark, but the bird would have none. Eventually, Lark gave in to Grasshopper’s requests and agreed to sing again.

While listening to Lark’s song, the Grasshopper heard someone crying. He followed the voice and found a bird crying over her eggs. When Grasshopper asked why she cried, the little bird said humans would soon harvest the field where her nest was built and destroy the eggs.

Since Grasshopper has a brilliant mind, he suggested they ask the Lark for help. The Lark was overjoyed that his enormous feet, which had caused him so much distress, could be of assistance. He carefully removed each egg from harm’s way by snatching it up in his claws one at a time and carrying it away in the air.

After that day, the Lark’s disposition changed, and he began to sing with self-assurance regardless of his circumstances.

When larks appear in a dream, it’s usually a good sign. They express hope for the future and transformation in a positive way. In other words, it is possible that good news is on the horizon if you’ve been having dreams about a merry lark singing from a lofty perch. The Lark’s song is often interpreted as a promise of better times ahead.

In addition, lark dreams could represent positive changes at the end of a dark tunnel. It could be a sign that whatever is currently bothering you will soon be put to rest.

Furthermore, seeing a Lark in your dream may serve as a warning that you need to deepen your spiritual practice. In their role as messengers of the gods, Larks frequently communicate with us to impart divine wisdom.

Lark as a Power Animal 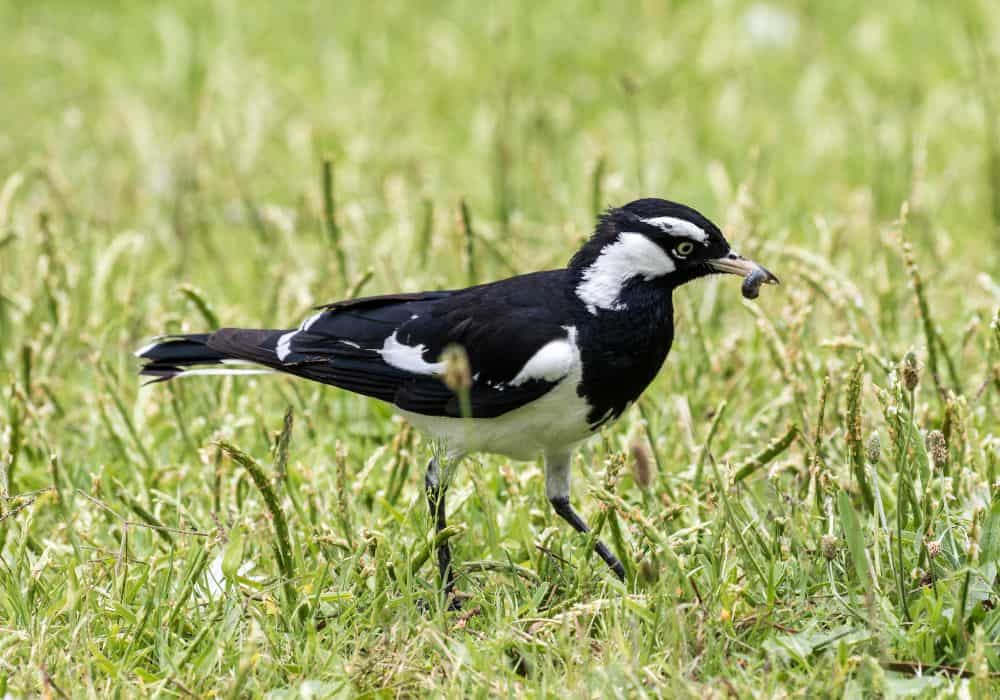 As a power-animal, the Lark can help you figure out what to do with your life. It also facilitates the rediscovery of one’s inner voice and the gradual development of greater self-confidence. The Lark can help reawaken the seeker’s deep convictions, shifting them toward a positive mindset.

Note that the Larks can also serve as a gentle reminder that success in any endeavor depends on the harmony of your physical, mental, and spiritual selves.

Lark as a Spirit Animal

Someone who identifies with the Lark embraces independence or freedom. People whose totem animal is the Lark are outspoken, courageous, inventive, and unyielding. In addition, these are people who absolutely hate it when they feel trapped.

Lark as a Totem Animal

People who identify with the Lark totem animal do an excellent service to the world by spreading optimism wherever they go. This demonstrates that they are some of the most pleasant and helpful individuals to have in your circle of friends. These are who can potentially bring joy to others.

Moreover, people with the lark totem are also not afraid to tackle complex tasks and challenges. They are courageous and follow their convictions without considering failure or simply backing out.

When the Lark is your totem animal, you are encouraged to take chances that will bring out the best in you.

The Lark, one of the most well-known species of songbird, is filled with its own particular set of meanings and symbols. We can learn a lot about optimism, joy, and making the most of opportunities from these fearless birds.

They help us recognize our unique identities and develop our potential to fulfill our greatest dreams. Larks also provide a beautiful reminder of the importance of following one’s gut instincts.

Larks are unique among birds in that they can sing both in flight and while perched. That’s why, no matter what else is going on in our lives, we need to remember to keep a positive outlook.