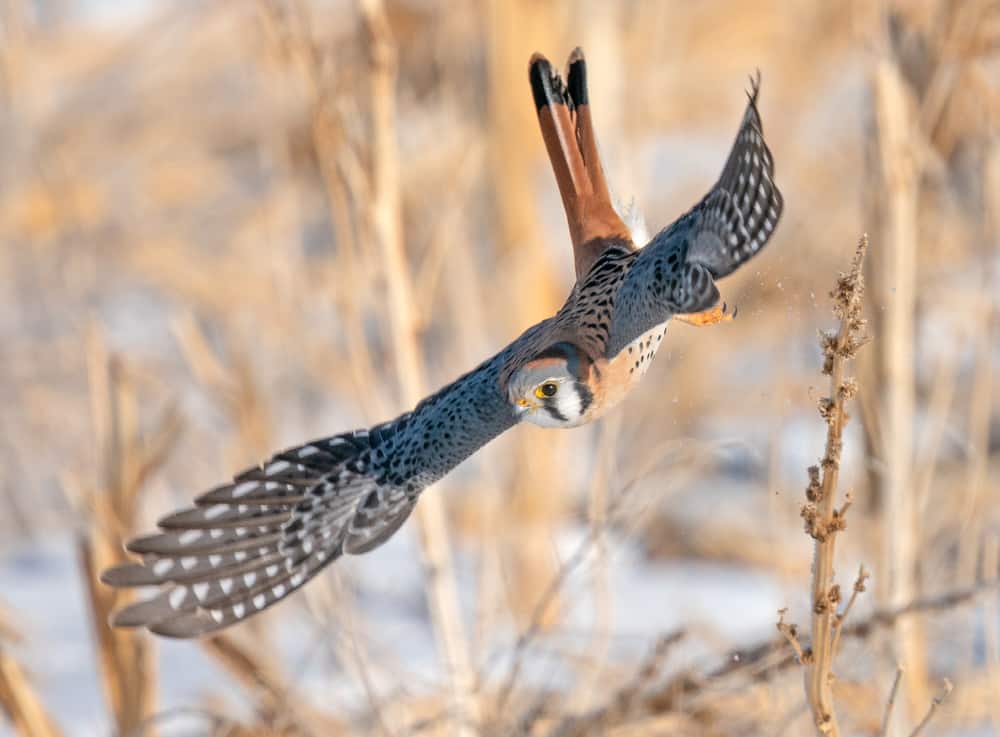 Kestrels are birds of prey that can be found in both urban and rural areas all over the world. While in some parts of the world, like the United Kingdom, the kestrel is a common bird that people see on a daily basis, in others such as Micronesia, the sighting of a kestrel is seen as incredibly rare.

Throughout the world, this powerful bird is symbolized by different cultures in various ways. Today we will be looking at the spiritual sentiments that surround falcons and also look at how their characteristics could make them ideal spirit animals. 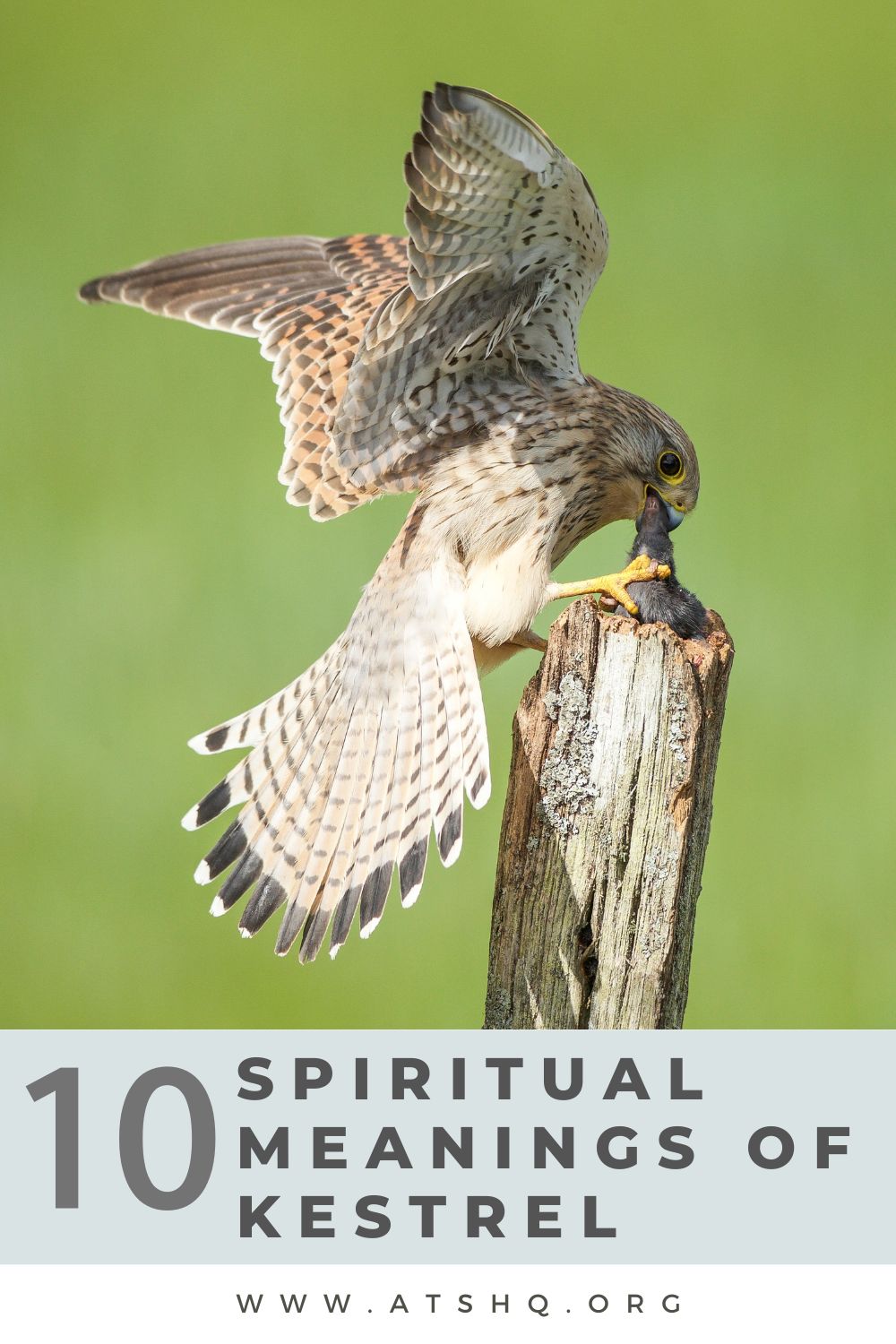 Before we get into the spiritual and symbolic side of things, it’s important to understand the unique characteristics of a kestrel as these play a big part in why they are symbolized in certain ways.

The first thing worth pointing out about kestrels is to do with their appearance. It is simple to differentiate between male and female kestrels due to the colors on their head – males have grey-blue feathers while females have brown feathers. Aside from that, the typical kestrel color for the remainder of their bodies is light brown with spots.

While they are birds of prey, kestrels are on the smaller side of things weighing in at approximately 250g and measuring up at 35cm on average. Despite their short size, their wingspan is an impressive 75cm.

Kestrels are found in habitats such as fields, grasslands, and open forests and they typically set up a nest in one place and stay there all year round. However, if temperatures do get particularly cold they have been known to migrate further south.

They are solitary animals meaning they spend a lot of their time alone, except they do have the same mating partner for life. When two kestrels mate, the female will typically lay between 3-7 eggs which then hatch around a month later.

Once the eggs have hatched, the female will look after the babies while the male is responsible for going out and hunting for the family. After 4-5 weeks, the baby kestrels will have reached full maturity and will fly off to make their own life and the process starts all over again.

When it comes to hunting, kestrels have a couple of techniques. One technique involves hovering in the wind, around 50ft from the floor, and using their magnificent eyesight to pounce when they spot something they like the look of.

Another technique involves perching themselves on fence posts or on top of a pole and scanning the area from a closer distance. Kestrels can see ultraviolet light meaning they can track urine trails of rodents which assist them to spot prey from both long and short distances.

Their diet consists of mainly voles, but they are also known hunters of small mammals including rats, mice, snakes and lizards. If they have to, they will also eat insects such as beetles, grasshoppers and spiders.

Kestrel Symbolism Around The World 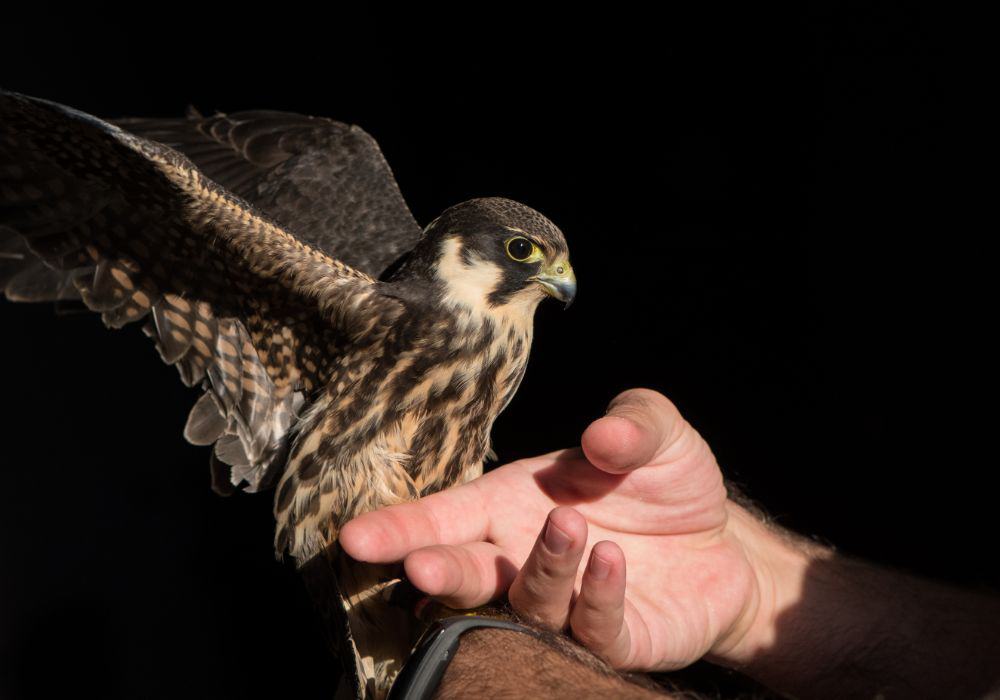 Now that you know more about what makes a kestrel a kestrel. It’s time to investigate the symbolic meaning of these creatures. As they have been living amongst humans for hundreds of years, many tribes and cultures have interpreted them differently.

In Celtic cultures, the kestrel is associated with a Goddess called Brigid. For these people, Brigid is the goddess of healing and inspiration and therefore they symbolize kestrels with these qualities.

Additionally, Kestrel in Irish is “pocaire gaoithe” which translates to wind frolicker. This shows that Celtic cultures associate these birds with powerful flying power.

Those who follow Christianity, take many of their spiritual beliefs straight from the Bible. In the Book of Isaiah, kestrels are seen as symbols of positive change with their appearance marking the end of winter and the start of spring.

In Christian paintings, you may see the kestrel depicted as a symbol of hope alongside pure birds such as doves and powerful birds such as eagles.

For Native Americans, the symbolism of a kestrel merges with that of a hawk. The Kestrel is a totem animal for some Native American tribes and they see them as symbols of patience and sharpness while generally they are categorized with other birds of prey, such as falcons, as symbols of power and glory.

In Asia, birds of prey such as kestrels and falcons are seen as symbols of good luck and are prevalent in the practice of feng-shui. Those who spot kestrels in many parts of Asia are meant to be on the verge of having a huge slice of luck.

However, in other parts of Asia, specifically Japan, the kestrel has some negative connotations attached. In one Japanese legend, a bird resembles a kestrel that has tails and wings made out of swords. The bird forces a local warrior to flee his home town which results in his lover killing herself.

As a result, some Japanese cultures think of the kestrel as an evil bird associated with death and despair.

In Greece, the kestrel is associated with the gods due to the fact that Zeus often turned himself into different birds of prey. In Ancient Greece, kestrels were also seen as helpful birds for farmers thanks to a play written by Aristophanes which showed kestrels eating locusts and other pests on farmland.

More generally speaking, birds of prey are shown in Greek mythology to predict the future based on how their flight behavior, thus showing the level of importance placed on kestrels and other birds.

Of all the countries in the world to place significant symbolic value, not many people would have assumed Hungary. But here we are.

A famous Hungarian myth tells the story of a bird (which resembles a kestrel in some artwork) called a Turul who appeared in a dream to the wife of an ancient Hungarian ruler and gave her an important vision.

The vision depicted a long, flowing river coming out of her body in a westerly direction. This dream was interpreted as meaning that she would give birth to a legacy of Hungarian rulers which turned out to be true as her grandson was the founder of Hungary as we know it today.

For Hungarians, these psychic skills aren’t underestimated and kestrels are therefore seen as mythical and magical beings.

How You Should Interpret A Kestrel Encounter? 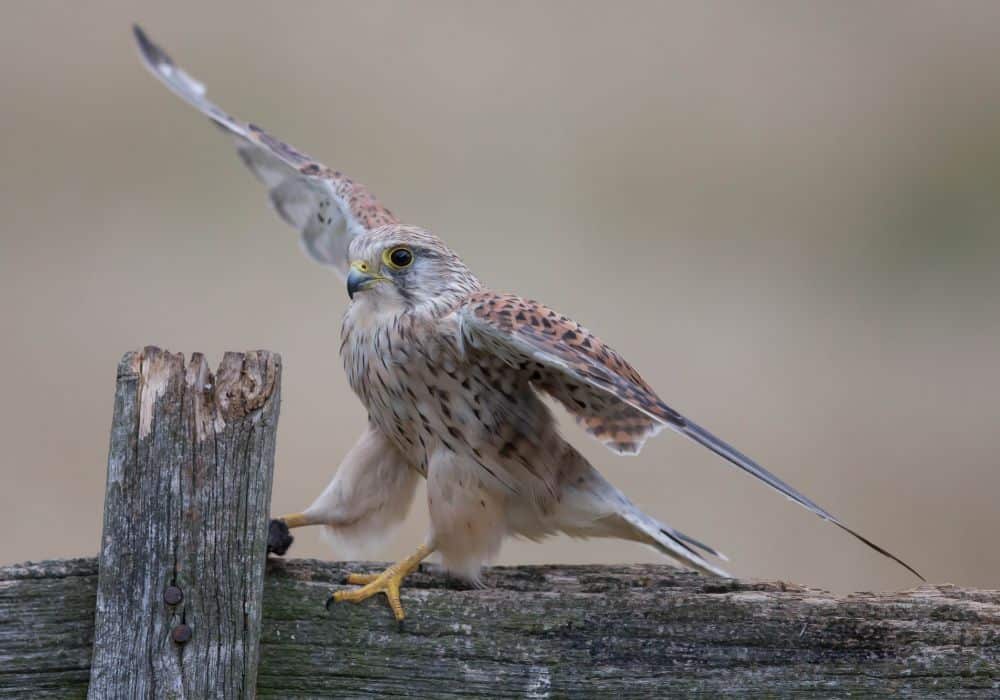 Now that you know how different countries and cultures view the kestrel, you may start to think more deeply the next time you encounter one.

If you encounter a kestrel on your next walk through a field then you should take it as a sign that someone is watching over you and offering you protection. In Egyptian mythology, birds such as kestrels, hawks and falcons are associated with the Eye of Horus which offers Egyptians protection from bad luck and negativity.

If you don’t physically see a kestrel but can hear its distinctive cry then you should take it as a sign that you need to make yourself more visible and stop hiding away from your problems. Perhaps there is something eating up at you and you need to open up to someone about it.

While these interactions will typically occur in real life (particularly in countries and locations where kestrels are prevalent), you should also consider kestrels visiting you in your dreams as a legitimate encounter.

On top of the points made above, kestrel dreams may well be an insight into the future, just as it was for the warrior’s wife in the Hungarian legend we spoke about earlier. 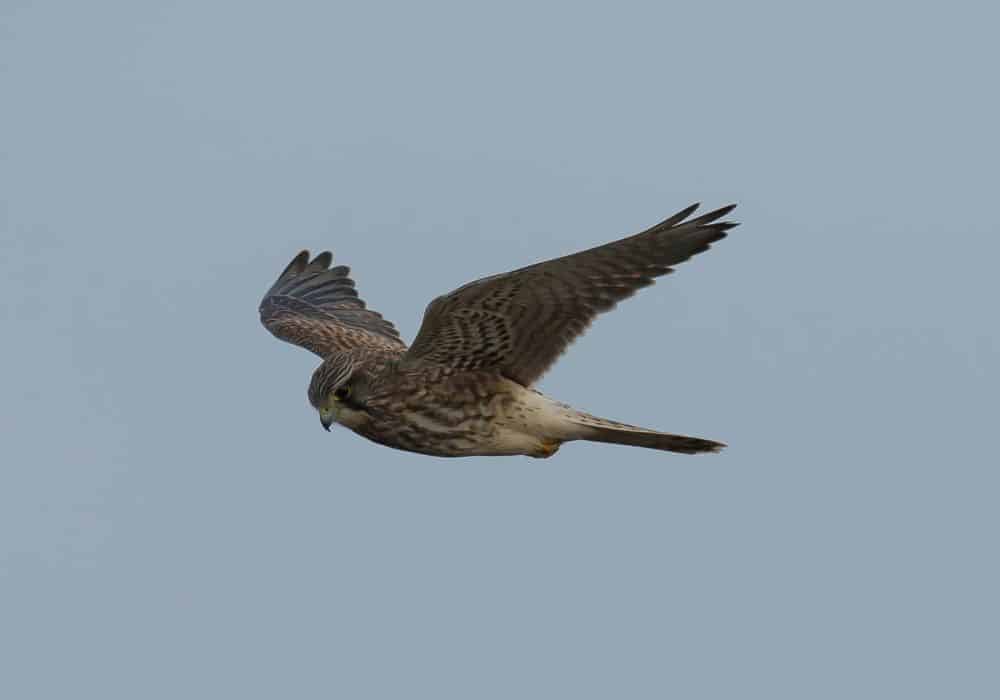 If you have a kestrel spirit animal then you are going to be a strong and courageous individual. As Spirit animals are passed on throughout generations it also bodes well for your future children as they will also possess these qualities which are obviously good traits to have throughout life.

Power animals are slightly different from totem and spirit animals in the sense that they will only appear when you need help and support or find yourself in a sticky situation. If you have a kestrel power animal then you can expect support when you need a level-headed and patient approach. If you are rushing into a decision then your kestrel power animal may well visit you as a reminder of the importance of mental clarity in a bid to make you reconsider.

To conclude, kestrels are relatively small birds of prey that have significant symbolic and spiritual value across the world. While these interpretations vary from place to place the common themes that crop up time and time again when it comes to kestrels are luck, courage, fortune, foresight, forethought, and patience.