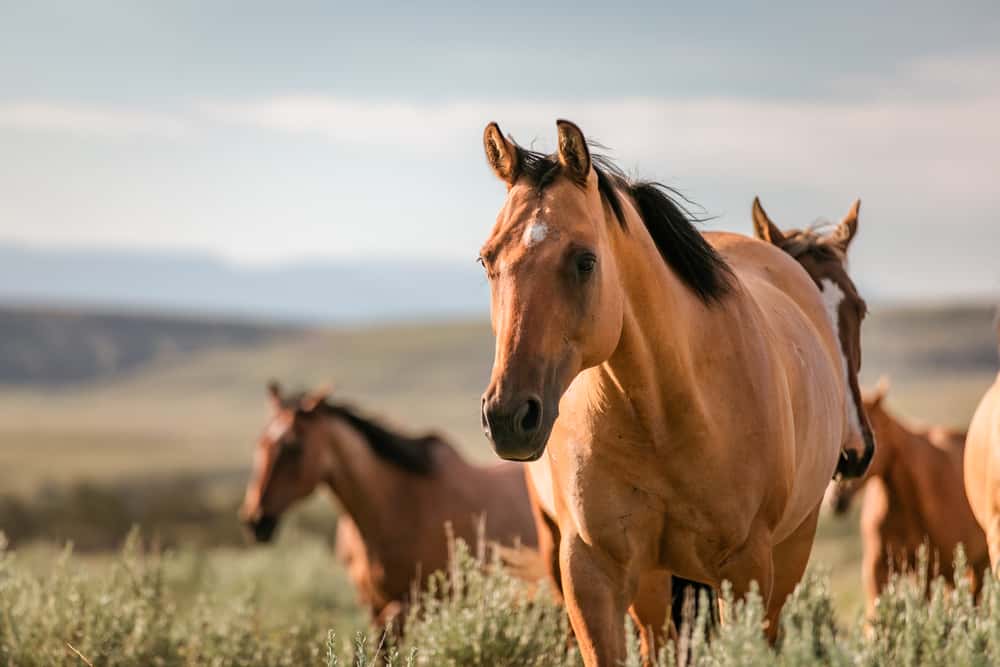 The symbolism of the horse is often connected to freedom, independence, and triumph. Historically they have been seen as synonymous with wealth and high rankings in important positions.

Horses were, for many hundreds of years, the preferred means of transportation, and so they have become known to symbolize strength and endurance.

In many cultures the horse is the number one sign of freedom, as they are found roaming freely in nature, they are also considered to be noble creatures who place great importance on trust.

Their bonds with humans have been studied and come highly recommended to people who suffer from PTSD or other types of trauma, as building a bond with a horse can take a lot of trust and patience. 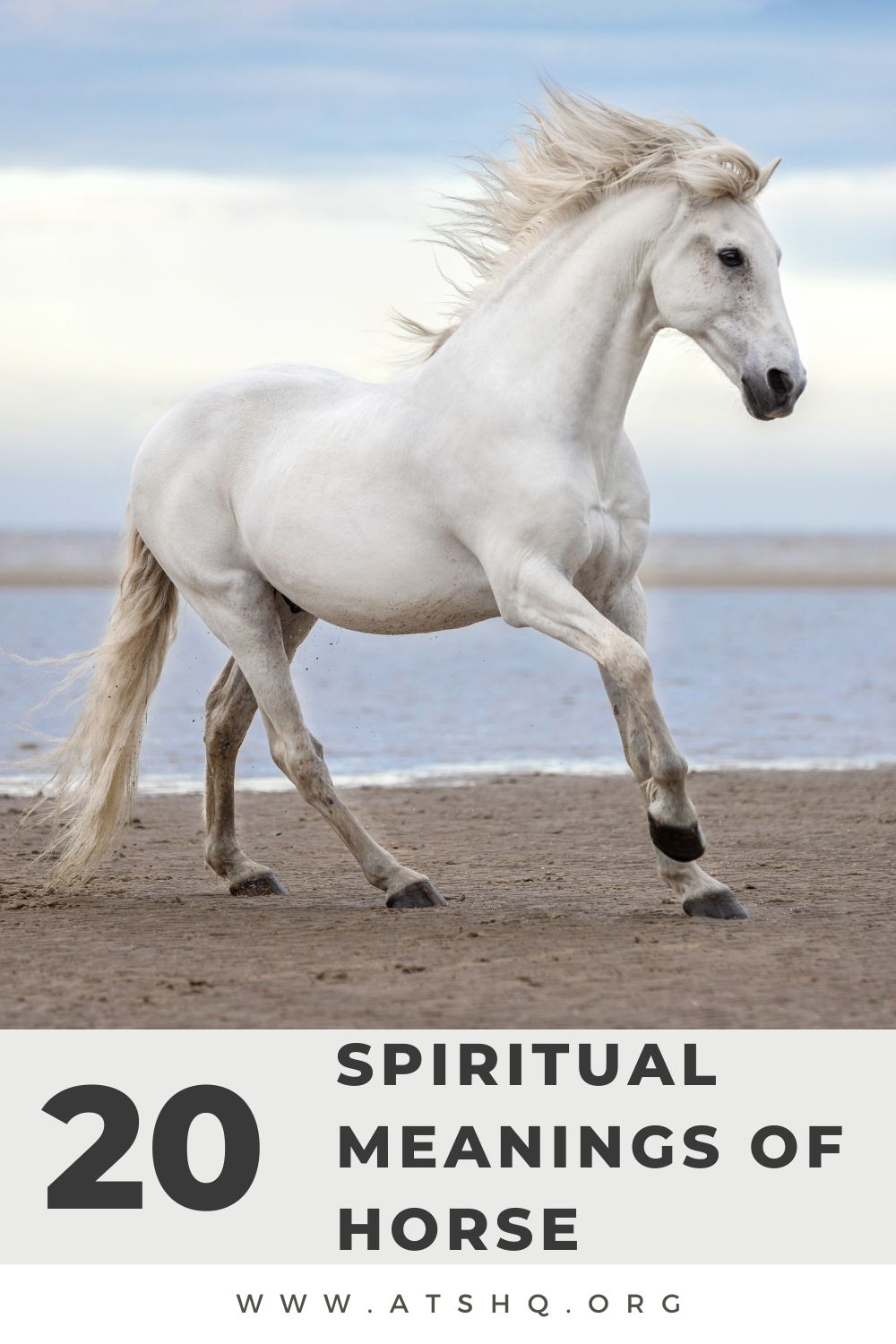 Symbolisation of the Horse

An animal as free and independent as the horse has strong symbolism attached to it of the same traits. In this case of horse symbolism, this is shown through its ability to build trust, independence, and the urge to be free. Many people also consider the horse to be a strongly noble and honest creature. For centuries, meaning has been attached to different animals in different cultures, and their sudden appearances still carry strong meaning and symbolism to many. This is true in the case of dreams, as well as seeing these animals in your waking life.

1. Horse as a Symbol of Freedom

The horse’s symbolism is strongly attached to freedom, this is due to its true nature; walking freely on the open plains. The symbol of the horse reflects strongly its will to live a life free from binds. In the early centuries these creatures were not domesticated easily, and the hardships this process caused to the people trying to tame the wild horses was often attributed to their love of freedom.

2. Horse as a Symbol of Endurance

A horse often symbolizes endurance. The symbolism of the horse is tied to its endurance and reliability. It is willing to perform most tasks and can usually do it with ease for long periods of time. This is why horse symbolism is closely knit to endurance and stamina.

3. Horse as a Symbol of Progress

The symbol of the horse is anything but stagnant. For years humans depended on the horse to take them from one destination to the next.  It might be due to the fact that the horse symbolizes continuing to move forward in life, and thus becomes the symbol of endless progress.

4. Horse as a Symbol of Romance

The symbol of love and romance often falls upon the horse. Horse Symbolism specifically uses the image of the stallion in connection with love, romance, and strong sexual desires. This is the reason that dreaming about a horse could often symbolize a budding romance or sexual feelings towards someone in your life.

5. Horse as a Symbol of Mastery

A horse is the perfect symbol of mastering skills. It symbolizes learning and defeating obstacles. Horses are known to be great jumpers, they are able to remain on their path and continuously move forward despite what may be in their way. The symbol of the horse in this context represents being able to master the desired skills to overcome hardships.

6. Horse as a Symbol of End Times & Death

In certain cultures, the horse can symbolize death, destruction, and the end of the world as we know it. This part of horse symbolism is deeply rooted in Christian beliefs, which speaks of the four horsemen of the apocalypse. 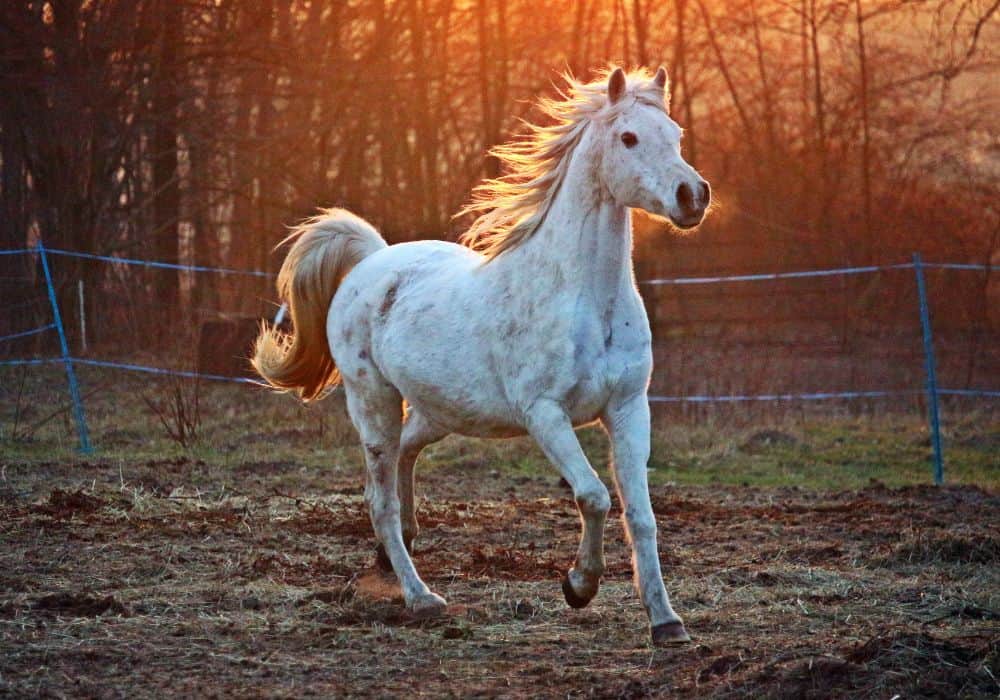 1. What does it mean to dream about a horse?

2. What does it mean to dream about riding a horse?

Riding a horse dreams mean expressing power over others. The symbolism of riding a horse can be interpreted in many ways.

Riding a horse can be uncontrollable and unpredictable, meaning that you are faced with a situation you have very little control over. It can also be telling of your personal approach towards other people. The horse symbolizes high rank and important positions, it is possible that you are expressing power over others and that this is harming your reputation with others.

Riding a horse was thought by some to symbolize uncontrollable sexual desires. Maybe this pertains to a relationship that you should not be engaging in, but are yet feeling yourself uncontrollably drawn to.

3. What does it mean to dream about a white horse?

Much like other animals, horse symbolism can be different depending on the colors of the horse. Dreaming of a white horse is generally seen as a good thing. Success and fortune are nearby, which are both symbols that are strongly connected to the white horse.

The White horse symbolizes a peaceful and calming love. It is often the sign of a deep love affair or a peaceful and strong marriage. Dreaming of a white horse can symbolize luck in all areas of love, and if you are without a partner, this could symbolize a possible union with your soulmate.

4. What does it mean to dream about a black horse?

5. What does it mean to dream about a horse pulling a carriage?

dreaming of a horse pulling a carriage could mean difficulty lies ahead. However, the horse in itself symbolizes endurance and perseverance. So it is safe to say that you will be able to overcome your obstacles with grace while pulling your fair share of the weight!

Although a horse will pull the carriage, and some might say that it was built for this purpose, the horse will only pull what it can. If the carriage is too heavy for the horse, it will stop pulling. This should serve as a reminder to yourself to remember and respect your limits. You might be overworking yourself, and it could be time to take some of the load off. 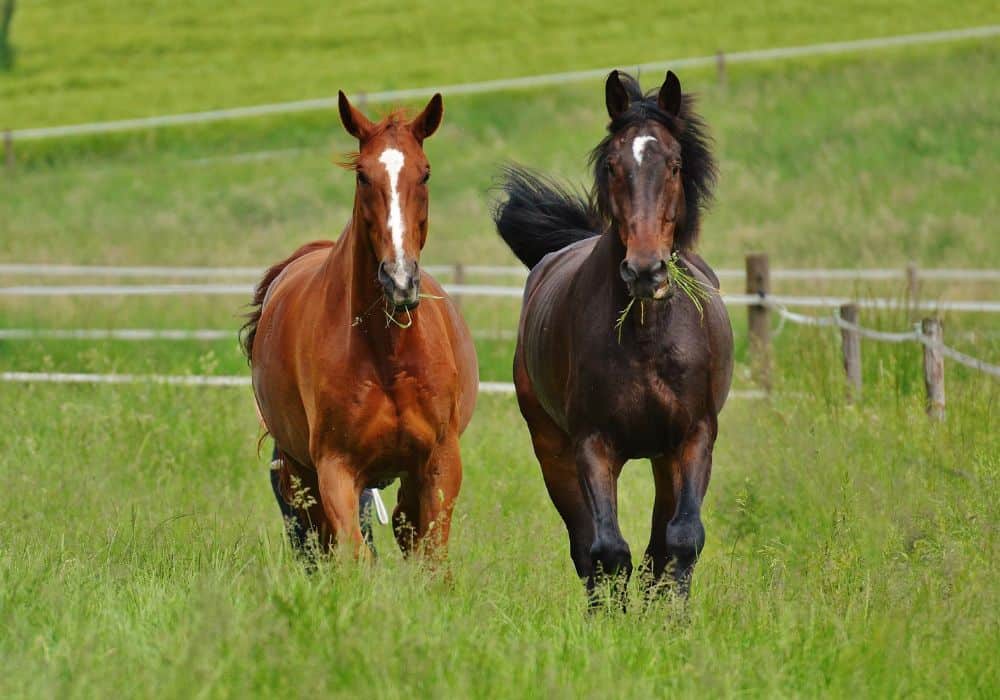 The horse is a deeply respected animal in most Native American cultures, and the symbolism of the horse was one of freedom, independence, and trust. The horse was also a token of war for many tribes, symbolizing great wealth and big wins for those who owned many horses.

The people who rode horses were also seen as of higher rank and importance in many communities, some thought them to have divine powers.

Many Native tribes would paint their horses as a way to symbolize their magical powers. To some, it was considered godlike, and earning the trust of a horse was a symbol of great respect.

Horse symbolism in China often depicts the animal as a staple in one of their largest religions, Buddhism. The horse was the animal to bring the teachings of Buddha across the nation. The horse symbolizes courage, integrity, and power.

The symbolism of the horse also carries into the Chinese zodiac, where people born in the year of the horse are considered to have a noble and faithful spirit. These traits often symbolize the horse due to its long-standing relationship with humans, being of aid in both good and bad times and making it possible to transport people and goods across rough terrain.

Here the horse symbolizes nobility and fortitude. In ancient Egypt, horses were a rare commodity, and only the wealthiest of people could afford them. Horses were never used for hard work, but instead, they were a symbol of heroism and victory, often used in battle. There are well-known stories of a Pharaoh choosing to dine with his horses instead of dining with his own officers because of the animals’ nobility.

The symbol of the horse in Ancient Rome was tied to transport and power. They were a big part of the daily life of many Romans. Horse symbolism in ancient Rome was also strongly tied to cultural values. For example, owning a horse was a telling sign of wealth. This combined with your ability to train a horse was seen as a symbol of self-control and mastery. 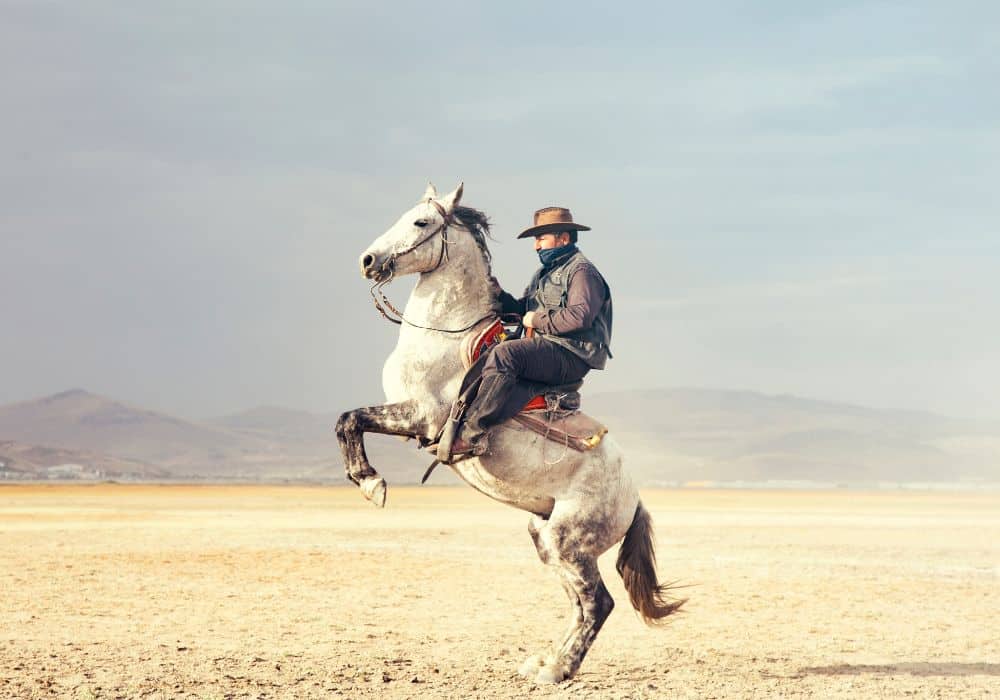 1. Horse as an Omen of Being Kind to Yourself

As a person who shares traits with a horse, it is important to remember that your independence and hard work can come at a price. Be kind to yourself, even though you might be very ambitious, it is okay to rest or to put down some responsibility if you are carrying too much.

2. Horse as an Omen of Embracing Your Sensuality

The horse symbolizes a very sensual aspect of one’s personality. It speaks of love, romance, and relationships, but also strictly sexual urges. The horse as your spirit animal is here to remind you that it is alright to indulge in all of these aspects and that you should embrace your sensual desires.

3. Horse as an Omen of Building Trust With Those Around You

Trust is very important for a horse, and it is very important for you. But just like the horse, building trust can be a very long and winding road that will often come to a full stop if something goes wrong, forcing you to start the process over from the beginning. It is important for you to build trust with the people that are close to you. The horse symbolizes trust and respect, as your spirit animal, these should be the foundation of all your important relationships.

4. Horse as an Omen of Not Compromising Your Freedom

horse symbolism is strongly and vividly connected to freedom, and running free. This is one thing that remains non-negotiable for you, and justifiably so. People that share traits with the horse love to have their own personal freedom and living life after the beat of their own drum. Much like the horse, feeling trapped and stuck can have very negative effects on you. So don’t compromise your freedom for anyone, or anything!