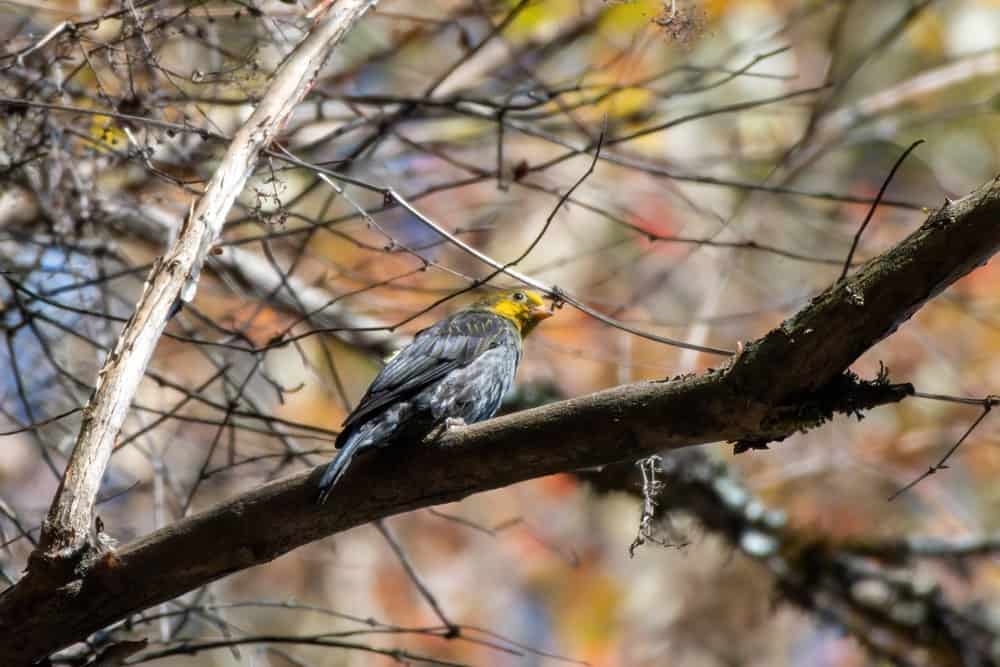 Honeyguides, also known as indicator or honey birds, refer to a set of wild birds found in sub-Saharan Africa and parts of Asia. Their collective name actually comes from just a few individual species who have become famous for the slightly unusual relationship they have built with humans.

When a human breaks open the hive to extract the honeycomb, this will often leave grubs and beeswax exposed for the bird to feast on.

As you might expect, this fascinating, symbiotic relationship between the honeyguide and human communities gives it the rich potential for symbolism. Today, we’ll be taking a look at some of the various ways the bird can be interpreted as a symbol. 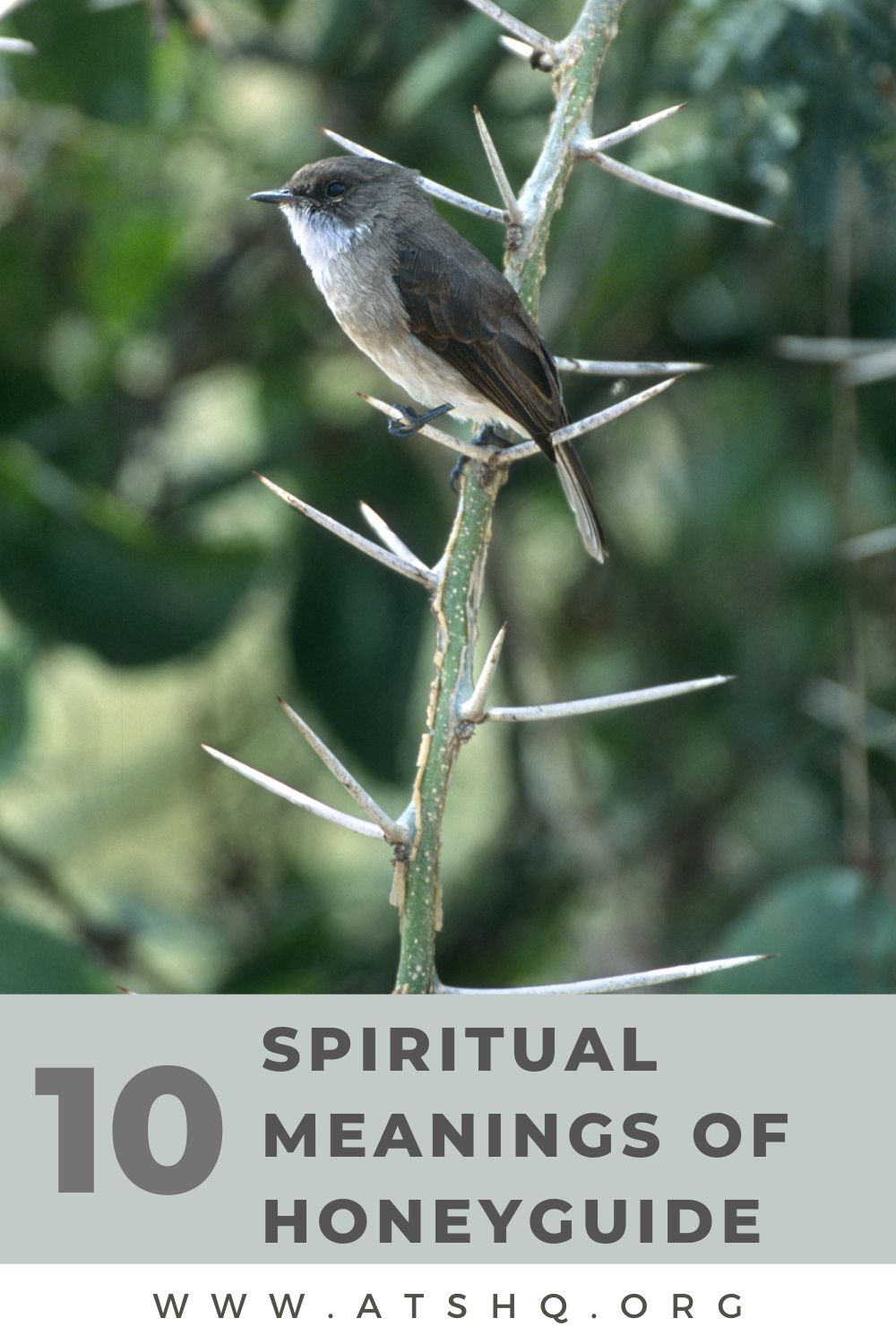 The Greater Honeyguide, native to parts of Africa, is known for its cooperation with humans whilst locating honey-rich beehives. For countless generations, honeyguide birds have somehow adapted to working alongside humans in the search for honey, often leading human foragers to the hive. The birds have even been observed to respond to human calls!

Significance and symbolism of the honeyguide 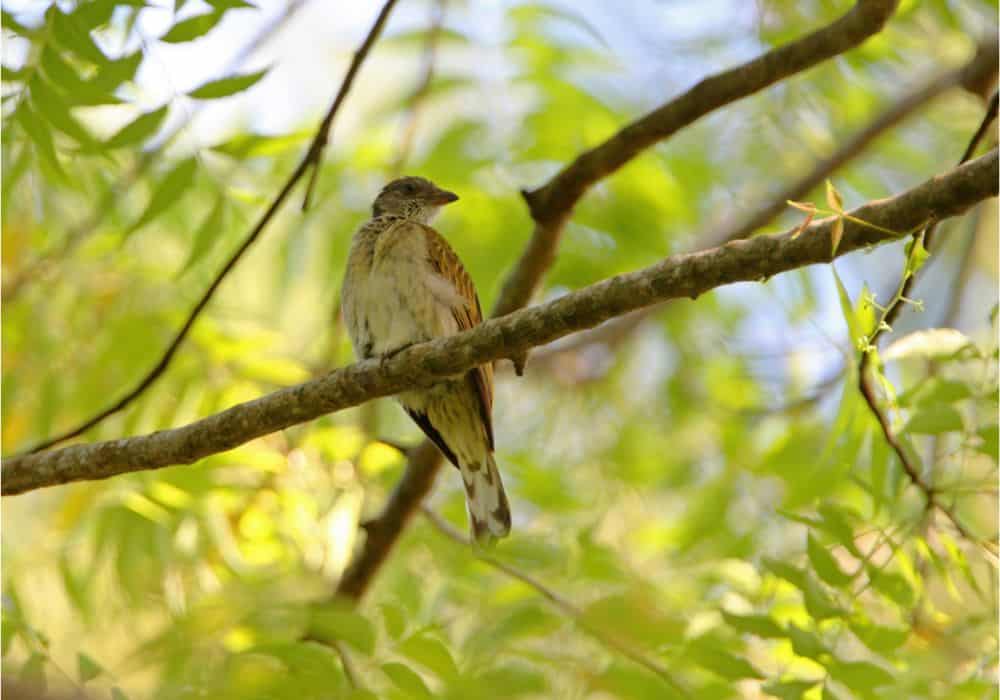 Honeyguide symbolism has come to include the importance of our relationship with nature, perseverance, intelligence, and innate knowledge.

1. Significance and symbolism of the honeyguide amongst the Yao people

Honey plays a huge nutritional role for the people of the Yao community in Mozambique. It’s thought that for some Yao communities, honey foraged from local hives makes up to 10% of their regular diet.

As such, the honeyguide has come to play an important role in keeping the community fed and energized. Yao honey hunters have developed their own individual call and whistle that are recognized by the bird, inviting it to take part in the hunt for honey. The bird is then capable of leading them to a bee’s nest, before waiting for the humans to break it open.

In this way, the honeyguide can be seen to represent and symbolise the bounty of nature and the sustenance that nature can provide for humans who respect and communicate with it.

The Yao also have access to the Niassa National Reserve, a vast tract of wild savannah roughly the size of Denmark! The reserve is home to a huge variety of flora and fauna and is frequently seen as a national symbol of humans and animals coexisting peacefully and organically. The honeyguide plays a large part in this symbolism, acting as a direct representation of this mutually beneficial existence.

2. Significance and symbolism of the honeyguide amongst the Hadza people

The Hadza of Northern Tanzania also operate alongside the honeyguide in the pursuit of bee hives. One study has even suggested that the success rate, or overall yield, for Hadza hunters looking for honey with the aid of the bird can be increased on average by 560%.

The Hadza, like other communities who use the honeyguide bird to direct them towards sources of food, have also developed their own call inviting the bird to join in the hunt, sounding something a brrr-hm call. This can sometimes result in reciprocal signaling between the bird and its human partners.

The Hadza are understood to burn or destroy some of the discarded remnants of used hives before the honeyguide can fully feast upon them. This is believed to be a way of keeping the honeyguide hungry enough to assist them in future forages.

In this sense, it could be said that the honeyguide does not so much symbolise an unquestioningly charitable guide or helper, but a natural force that needs to be tamed and kept hungry in order for it to remain useful.

3. Significance and symbolism of the honeyguide amongst the Boran people

The Boran of Kenya have foragers who claim they can work out the direction and distance of a bee hive simply by observing the honeyguide’s flight pattern. They also take note of the height at which the bird perches and the specific tone of the honeyguide’s call.

In this sense, the bird could be said to represent the importance of being able to read the signs that nature provides in order for us to reap nature’s benefits.

4. Symbol of humans’ relationship with nature 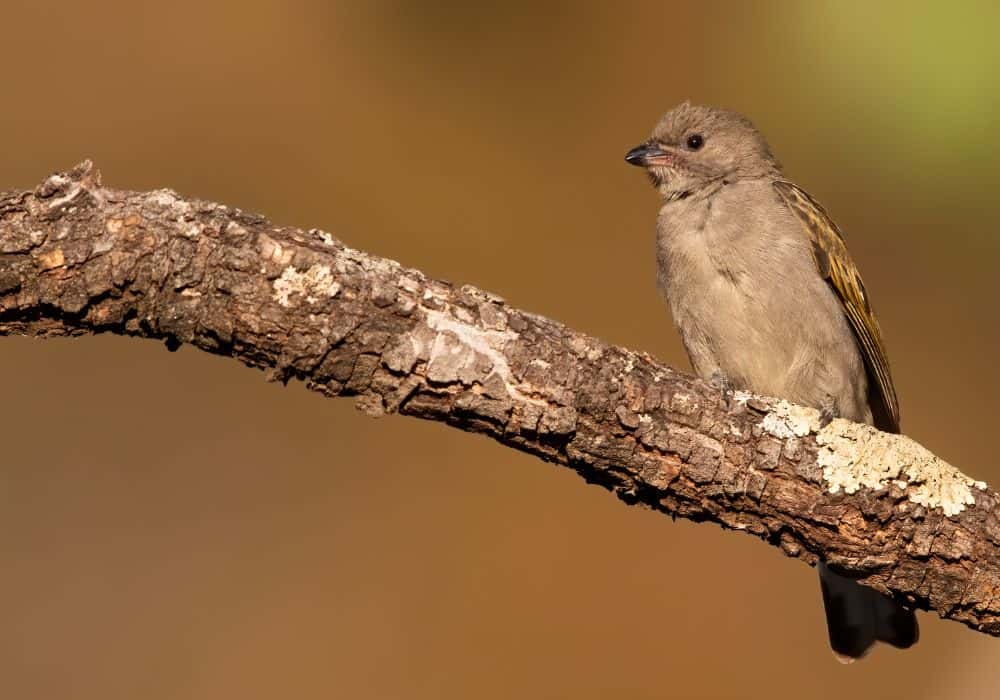 Amongst the rich vein of symbolism offered by this intriguing bird, the clearest is the way it has come to represent our mutual reliance upon nature as a way of surviving and thriving. In various communities, the honeyguide has in some sense come to symbolise humans’ and animals’ potential to form long-lasting, symbiotic relationships that benefit each other.

These relationships appear to go back millennia. In written records, the behaviour of the honeyguide in guiding humans to beehives appears as far back as 1588, when Joao dos Santos, a Portuguese missionary, noted this astonishing working relationship in his journal.

There are also echoes of such symbiotic relationships in other parts of the world and with other species. Although less scientific research has been conducted on it, there is also understood to be a fishing community in Brazil that works alongside dolphins in order to bring in good catches!

Humans working alongside honeyguide birds certainly predates these relatively modern recordings. Some experts even theorise that honeyguides and humans may have hunted together all the way back to ancestral times. Some have posited that homo erectus, existing around 1.9 million years ago, could have learned to follow the honeyguide to new food sources.

Honeyguides appear to be remarkably intelligent birds, boasting skills that few other species seem to have. Some naturalists claim that the Greater Honeyguide is actually the only wild animal to selectively interpret human language. That is to say, the only wild animal that can in some way interpret ‘what’ we are saying, rather than merely hearing us and identifying us.

Due to this, as well as their ability to navigate a complex and potentially dangerous relationship with humans, they have come to symbolise a high level of intelligence.

Honeyguides also have a darker side. They are one of several birds known to lay eggs in the nests of other species. This ‘brood parasitism’, as it is called, also comes with a violent edge.

Honeyguides have been known to physically toss other species’ eggs out of the nest in order to make room for their own. They also sometimes use their sharp beaks to puncture and subsequently kill the unhatched offspring within other species’ eggs.

As if this wasn’t brutal enough, honeyguide chicks have also been known to turn on their other nest partners as soon as they are born. For this reason, the bird has also come to symbolise violence and aggression, particularly when it comes to the survival of their young.

7. Symbol of intruders, manipulators, and abandoners

Following from their brood parasite behaviour, the honeyguide can also be seen as symbolising intrusion, manipulation, and abandonment.

Honeyguides will lay their eggs in other nests and allow other bird species to effectively raise their chicks. This can be at the expense of the host birds’ own young! This unusual behaviour can mark the honeyguide as a symbol for abandonment as well as a symbol for trickery and deception.

One of the fascinating details about the honeyguide is the fact that it appears to learn certain behaviours without seeing them modelled by its parents. In other words, some of its inherited knowledge appears to be innate.

The clearest example of this is the way in which the honeyguide has learned to respond to certain human calls in order to join in honey-hunting expeditions. As the honeyguide is not raised by parents of its own species, it is doubtful whether it gets the opportunity to observe and learn from this behaviour directly. As such, some have theorised that certain forms of its behaviour are innate and instinctively understood.

Dream symbolism of the honeyguide 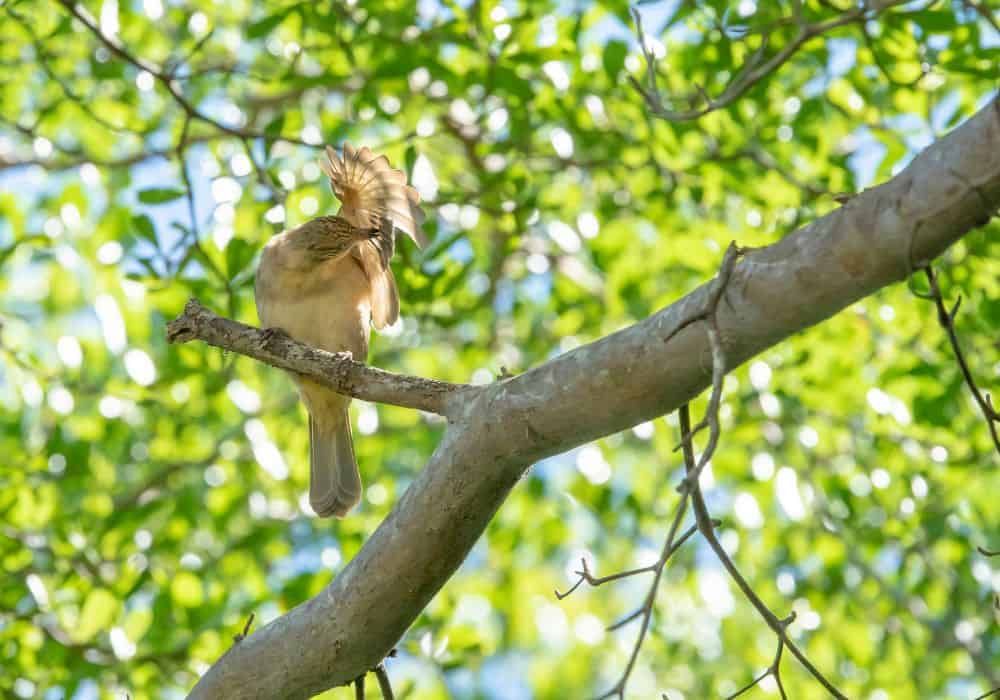 If you dream of a honeyguide bird, it could be said to represent a number of things.

The honeyguide’s appearance could symbolise that you are searching for something, or that something is lost. There is also a helpful note to this interpretation – the honeyguide can help us to find sweet honey in the midst of painful, stinging bees! It could mean that, with the right guidance, the thing you seek is just around the corner. It may be reachable, even though it might look difficult or even impossible to grasp.

It can also represent the need to work hard for whatever it is you are looking for. The appearance of the honeyguide in dreams can be said to symbolise the fact that, like the human who climbs the tree and uses smoke to pacify the bees, you need to push in order to get what you want. You can’t just rely on a friendly guide, as helpful as they might be!

Those whose spirit animal is the honeyguide are frequently intelligent, co-operative, and wonderful at working with others. They also often harbour a great natural instinct, often coming upon solutions to problems without quite knowing how they got there! You might also view them as being especially helpful, sometimes even selfless, people, who put the needs of others before themselves.

As a power and totem animal, the honeyguide can also represent perseverance and cunning. When used correctly, this hard work and intelligence can pay off. It does, however, mean there is a tendency to look unkindly upon others if your selflessness is taken for granted.

As you can see, the honeyguide has a natural history as rich as the symbolism it inspires. If you are fortunate enough to encounter this bird in the wild, think of how wonderful a representation it is of the possibilities that come when we work with nature rather than against it!