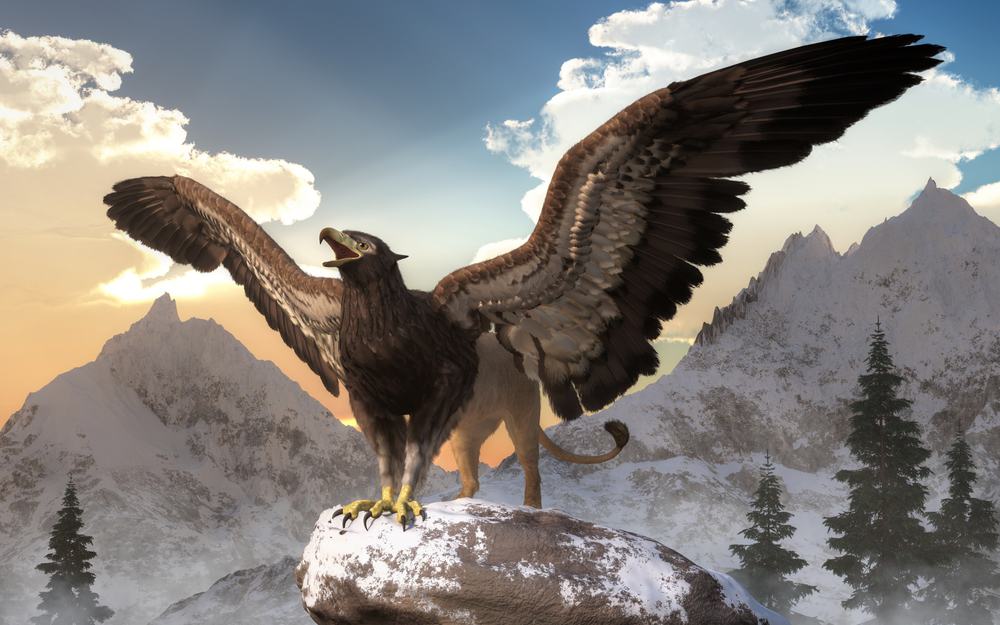 The griffin is a creature that has been referenced in mythologies and folklores across the world for thousands of years. To the cultures that often reference the griffin, this creature has a lion’s body, the wings of an eagle, and an eagle’s head.

This creature is often referred to as a divine guardian, and it can be symbolic of enlightenment, fidelity, independence, good, evil, wisdom, strength, vengeance, loyalty, and majesty.

But why are these creatures viewed as symbolic, and why do some see the griffin as a symbol of good whereas others see it as a symbol of evil? These are the main questions answered in this article.

So let’s begin, as there’s a lot to cover! 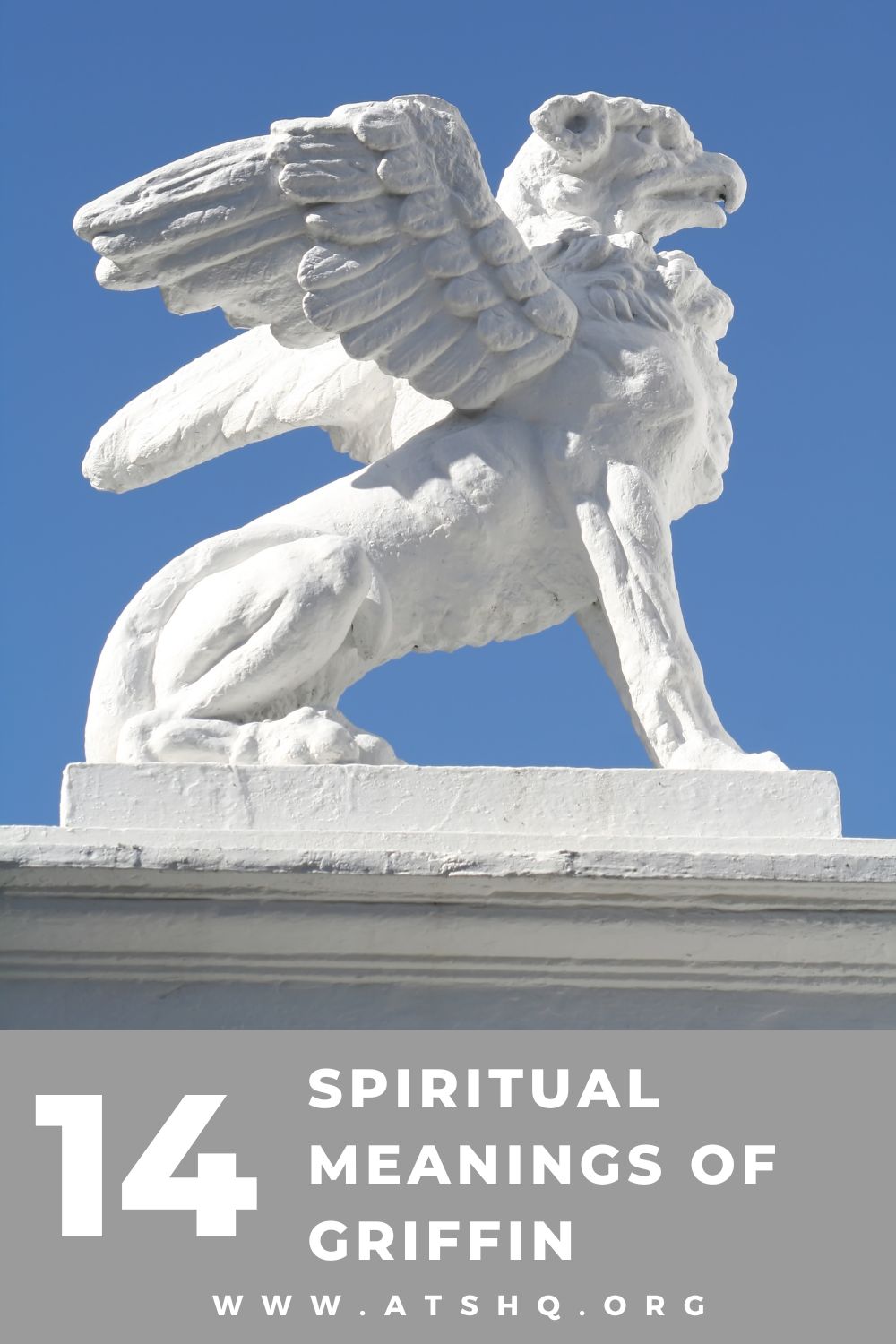 What Does the Griffin Generally Symbolize?

With razor-like claws and the powerful body of a lion, the griffin is often seen as a symbol of strength. Most men and creatures cannot defeat the griffin because of its sheer strength.

The griffin is comprised of the body parts of two apex predators, which is why it’s often associated with power and authority. Its eagle wings and incomparable vision make it a master of the sky, and its four-legged lion body makes it a force to be reckoned with on the ground.

The griffin is also representative of protection in many mythologies, which explains why you’d see griffin statues in front of temples and other important places in a number of ancient societies. The griffin would ward off evil with its fearsome appearance and earth-shattering roar.

Like many other symbols of power, the griffin is also a symbol of wealth and prosperity. This explains why many griffin statues and emblems are made out of gold and other opulent materials.

How Is the Griffin Symbolic to Different Cultures? 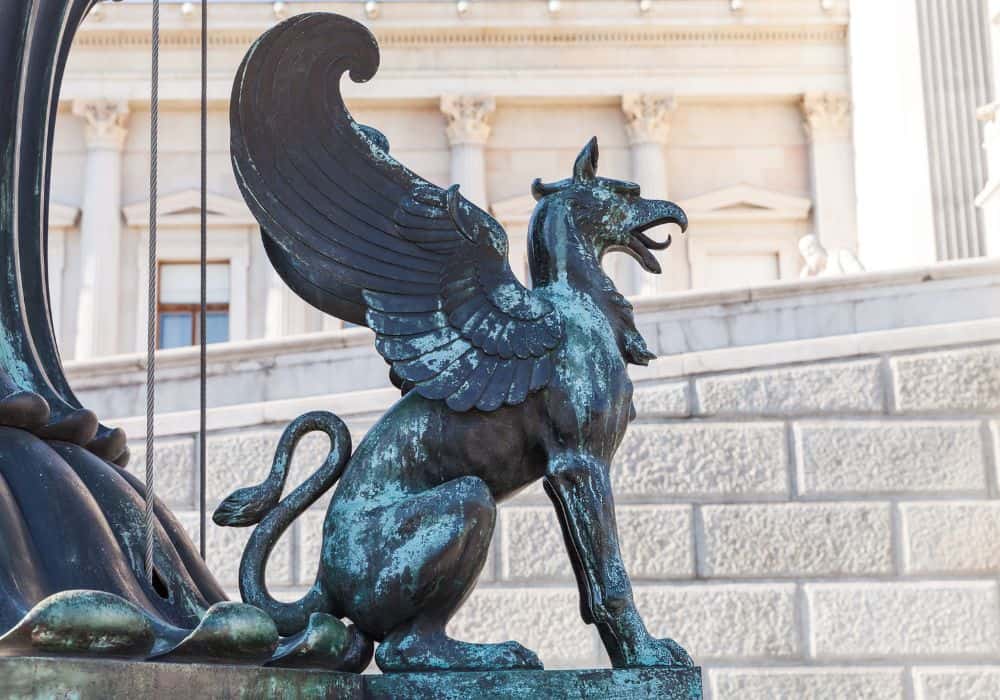 Known as the griffin, gryphon, or gryfin (depending on where you are), this creature first gained prominence in 3,000 B.C. The first stories involving griffins came out of the ancient Middle East, but soon after cultures across the globe started talking about this mythical beast.

These creatures are usually seen as guardians, and in some ways they resemble dragons. A griffin is also a righteous protector, which is why you’ll see them on ancient armor. Here’s more on what the griffin means to different cultures.

The eagle is an important animal in Native American cultures, as they’re symbolic of the divine creator. They also possess all the characteristics a warrior should have, including strength, agility, elusiveness, precision, and incomparable awareness.

Native American peoples also believed the eagle could heal, which meant killing an eagle was one of the worst things a human being could do in Native American society.

The Cherokee in particular would speak of a man who killed an eagle. After the deed was done, later the man’s village was visited by a mysterious warrior (the dead eagle’s brother), and several men in the village dropped dead with fear when they heard this beast’s cry.

Then there’s the Thunderbird, a central figure in Native American mythology, and a creature that shares many characteristics with the griffin. The Thunderbird has no lion-like features, but it’s a powerful bird that has a mighty roar—much like the griffin.

In Chinese mythology, the griffin is not mentioned directly, but the dragon is mentioned often, and in many ways dragons and griffins are similar. Of course, dragons don’t have the bodies of lions, but they do have talons, wings, and both the intelligence and wisdom that’s often associated with griffins.

Therefore, it’s safe to assume Chinese cultures would’ve seen the griffin, like the dragon, as a wise creature, one associated with prosperity, good fortune, and infinite wisdom. 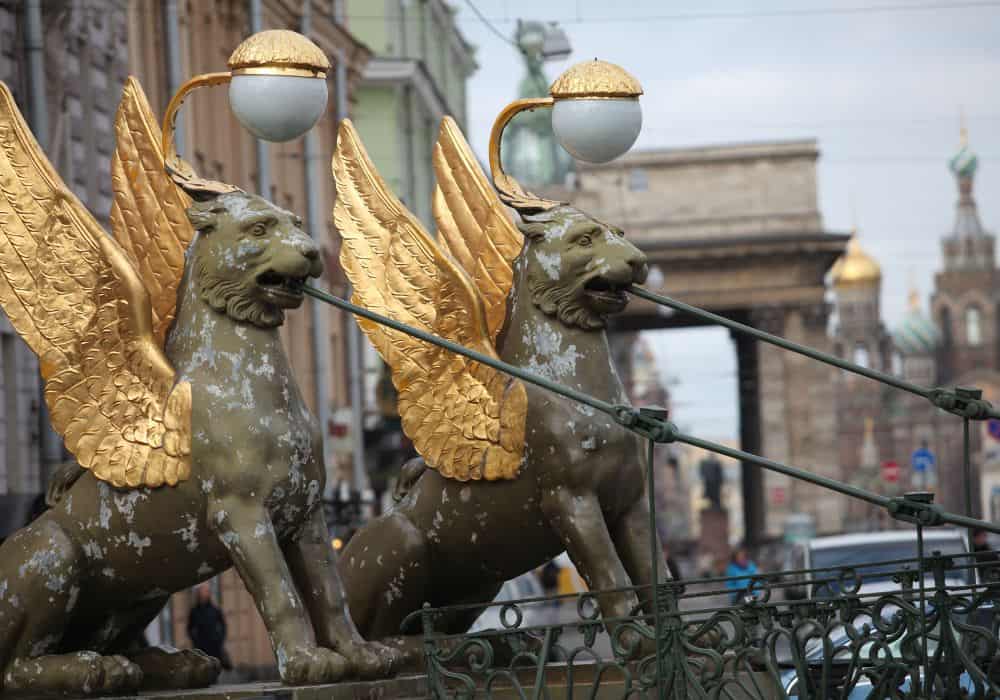 Often in Eastern mythologies, a creature known as chimeras is mentioned. This is a creature that’s comprised of different animal body parts. These creatures are also referenced in Greek mythology, as that’s where they originated.

Given the makeup of chimeras, it’s not a stretch to assume the griffin and chimeras are at least related—at most the same being.

A chimera named “Nue” is a staple of Japanese folklore, and this “yokai” (apparition) is said to have attacked the emperor of Japan. It’s commonly believed that Nue was buried at Nuezuka after being slain, and this is a site that individuals still visit at present.

The ancient Egyptians and Iranians are often credited as being the ones who first made up the griffin around 3000 B.C. This mythical creature was referred to as a “shirdal”, and this Egyptian griffin is depicted in various forms of art.

The griffin is also associated with the sphinx because this creature has a lion’s body too, though its head is human. Most of the gods in ancient Egyptian mythology were chimeras, and Horus (king of the gods) with his falcon head and human body also resembles a griffin.

Then in other African mythologies, there’s a creature called a roc bird, and these birds act like giant buzzards. It’s said they’re so strong that they can even pick up a dead elephant and carry it away.

An encounter with a roc bird is detailed by famous traveler Ibn Battuta while on a voyage from Africa to Asia.

To the Celts and other medieval peoples, the griffin was a symbol of protection and strength. This is why griffins were often featured on the helmets, body armor, and shields of knights; Medieval warriors thought such imagery would protect them and give them strength.

Irish and Welsh legends are replete with griffin references, and in these cultures, the griffin was not only a strong protector, but also symbolic of loyalty, bravery, victory, and valor.

In Greek mythology, the griffin is seen as a guardian of treasures and wealth. It was also said that a griffin’s nest held golden eggs. Griffins also pulled the chariots of Apollo and Nemesis. In one myth, Alexander chains two griffins to his thrown so he can fly to a level that’s insurmountable.

The griffin is also mentioned in Aeschylus’ “Prometheus Bound”:

“Beware of the sharp-beaked hounds of Zeus that do not bark, the Grypes (Griffins), and the one-eyed Arimaspoi (Arimaspians), mounted on horses, who dwell about the flood of Plouton’s (Pluton’s) stream that flows with gold. Do not approach them.”

How Is the Griffin Symbolic to Different Religions 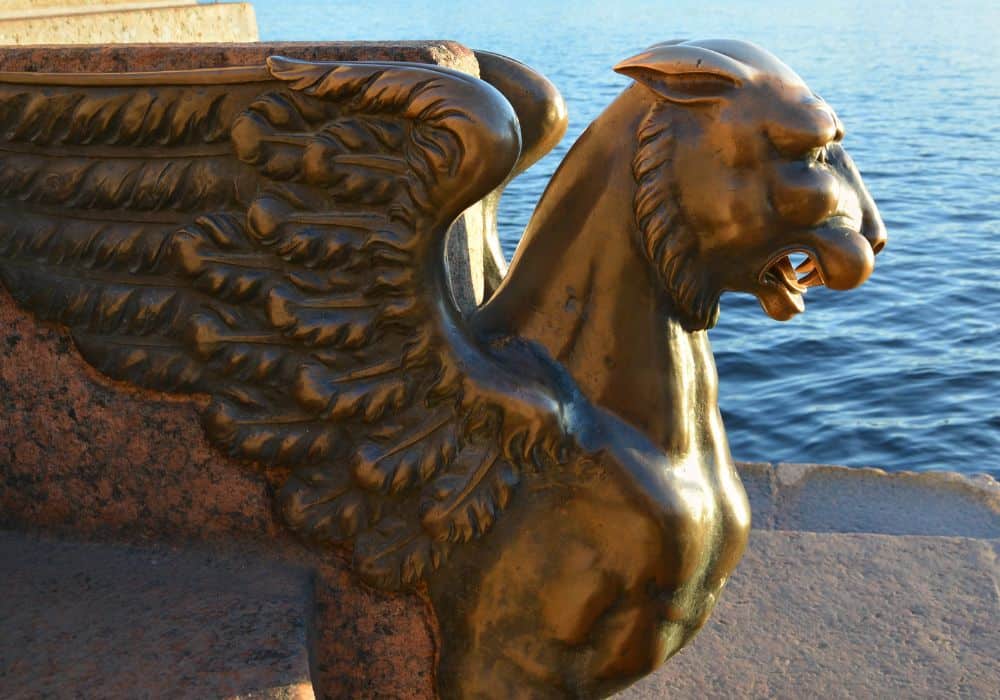 Many sects of Christianity view the griffin as symbolic of Christ. The griffin’s lion body is like Christ’s humanity, whereas its eagle wings are representative of Christ’s divinity. The griffin is also commonly depicted as a protector in Christian art, one that’s noble, just, and loyal.

Although the griffin isn’t mentioned directly in Hinduism, a great bird (called Garuda) is mentioned often, and this bird is often depicted as an eagle or kite.

The Griffin in Modern Times

In modernity, griffins are featured in sculptures, architecture, literature, movies, television, and theater. There’s a famous statue of a griffin at Venice’s Saint Mark’s Basilica, and there’s also a famous griffin statue in Budapest’s Farkashegyi Cemetery.

The griffin is also featured in the “Harry Potter” and “Percy Jackson” series and a range of video games and board games reference this animal, such as dungeons and dragons.

In fact, the griffin is more or less a staple of modern fantasy artwork and literature, in large part because of what it symbolizes and its unique look.

Some logos include the griffin as well, such as Vauxhall’s.

The Griffin in Heraldry

Griffin is also commonly used in heraldry. For example, in 1953 the “Griffin of Edward III” was chosen to be one of the Queen’s Beasts at Queen Elizabeth II’s coronation.

And as far as coats of arms are concerned, the griffin is featured in the coats of arms of Crimea, Ukraine, Mecklenburg-Vorpommern, Germany, and Greifswald, Germany.

Since the days of ancient Greece and Egypt, the griffin has been a popular mythical creature, one that’s representative of many important qualities and values. And today, individuals will often call on the griffin spirit animal when they need strength, clarity, or protection.

So the next time you see the griffin on an emblem or hear it referenced in a poem, remember that this creature has been symbolic to different peoples across the world for millennia.