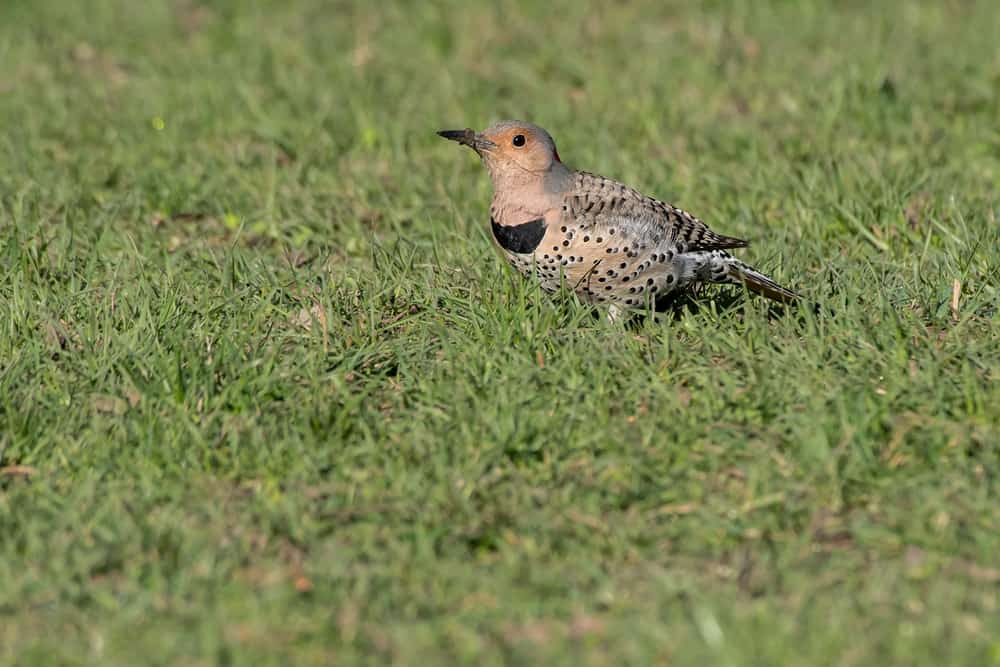 Since the beginning of civilization, people have tried to find a deeper meaning in everything around them, including the most mundane things. It was an attempt to find a sense of security in a world where nothing was guaranteed, not even basic survival.

One of such customs involved attributing certain characteristics to the animal and plant world. Some plants and animals symbolized strength, some wisdom, and some even symbolized the underworld.

People would often choose an animal that they felt connected to as their spirit animal, trying to “absorb” that animal’s desirable attributes. Apart from the most popular choices, such as lion, wolf, and bear, some other animals were also highly revered among our ancestors.

One of those animals was a flicker bird. This bird had a special place in the Native American, and Greek, so let’s learn a bit more about it. 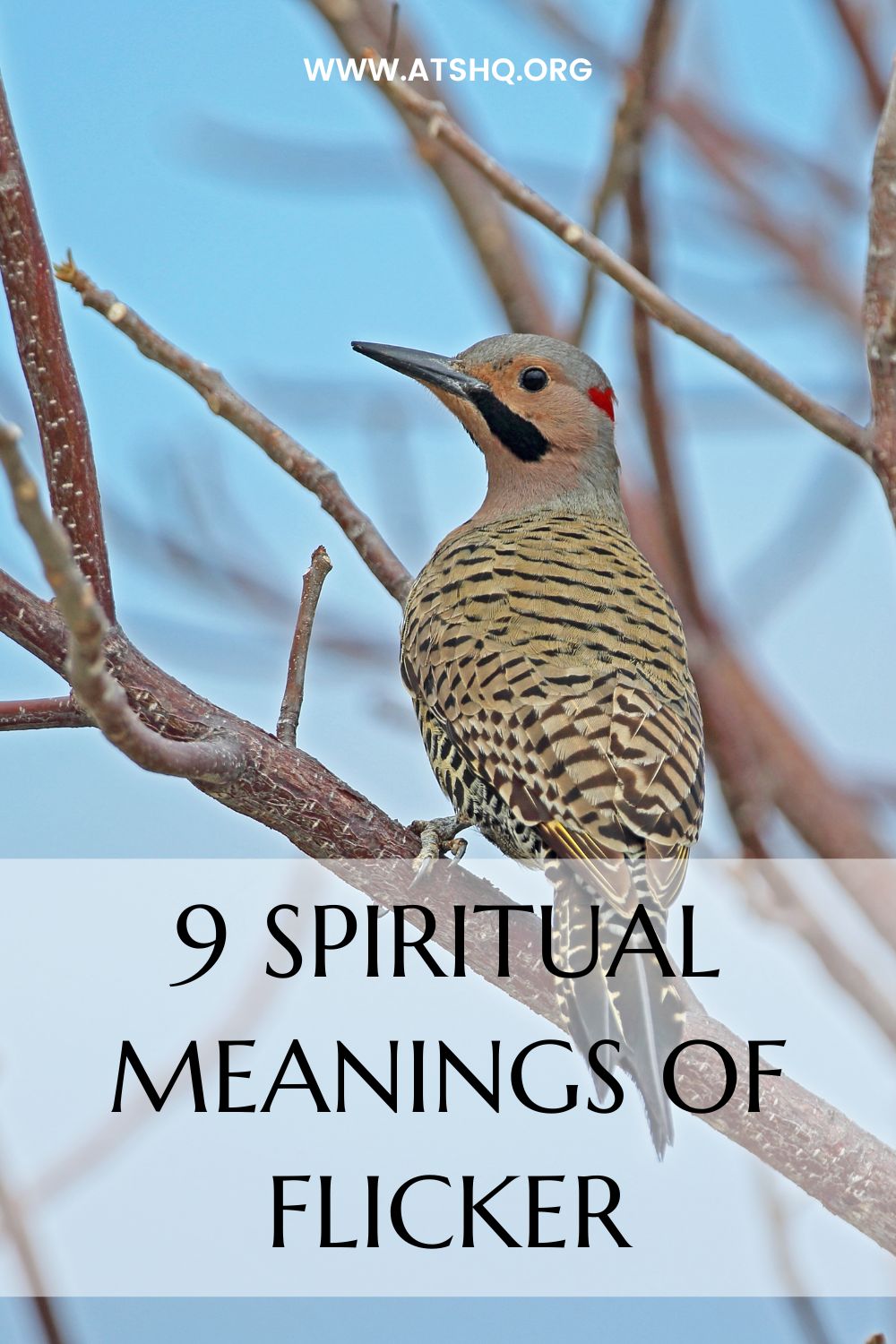 Also known as Colaptes, flickers are birds that are a member of the woodpecker family. There are 14 flicker species native to the American continent.

Just like the rest of the woodpeckers, flickers find their food under the tree barks. They have strong beaks used to make holes in the tree barks and barbed tongues that help them catch the insects.

They can be found in the woodlands, where they feed on ants, berries, insects, nuts, and seeds. Flickers have brownish feathers, with some feathers being black, red, and yellow. These colorful feathers are mostly hidden until the flicker spreads its wings and starts to fly.

Flickers have elaborate mating rituals, during which two males enter some sort of fencing duels. They will move their heads and produce sounds until the female decides which one she likes the best.

They are among the only woodpecker species that migrate, and many bird watchers are excited when seeing these interesting birds. 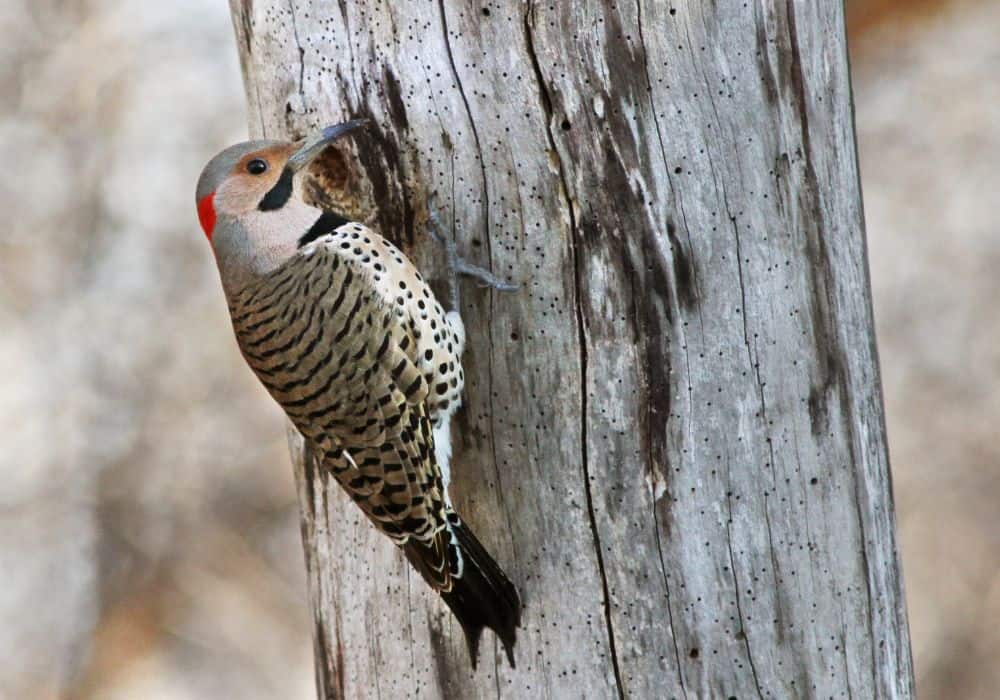 With its distinct drumming, flicker reminds us to express ourselves freely and proudly, showing our true colors. It can also represent how important it is to make our own way in the world.

Flicker is a perfect spirit animal for those who want to live under their own rules and dance to their own rhythm. The world flicker itself is often associated with the sun and light, so this bird can also represent light, sun, and fire.

Flicker Symbolism In The Native American Culture And Mythology

They also believed that finding a red flicker feather brought good luck and a positive change of fate, especially in friendship. On the other hand, finding a yellow flicker feather signified healing and renewal.

One legend that originated among the members of the Lenape tribe tells a story about the healing powers of flickers.

One day, the Sugar Maple tree got sick from all of the insects living under its bark. It asked badgers and squirrels for help, but they couldn’t help. Then the tree asked birds for help, and two cousins, Woodpecker and Flicker, offered their help.

They ate the insects, and the Sugar Maple Tree felt much better. After some time, Flicker and Woodpecker were dying of thirst and could find no water. The Sugar Maple Tree decided to return the favor and help them by offering them to drink its sweet sap.

This story portrayed woodpeckers and flickers as a symbol of willingness to help those in need. It has a deep spiritual meaning, telling about the significance of friendship and unselfishness.

Ancient Greeks never met flickers, but they were surrounded by other woodpecker species. Woodpeckers were associated with Ares, the Greek god of war, as their drumming represented the drums of war.

Flicker’s drumming is similar to the woodpecker’s drumming, and in the world of Greek mythology, they would be associated with war, conquest, passion, ego, and even aggression and destruction.

Since Romans based their art, culture, and religion on Ancient Greek and Hellenistic cultures, they also adopted similar symbols. For example, the associated woodpeckers with Mars, their own god of war.

Some cultures believed yellowhammer woodpeckers were an ill omen, representing and serving the Devil itself. These cultures also believed that woodpecker’s eggs were marked with the Devil’s sign and that no nail would stay in the tree where the woodpecker built its nest.

France: One French legend tells us a story about when God made the Earth and asked all birds to help him with digging out the places that could be filled with water. Every Bird species cooperated, except the woodpecker.

Germany: The German version of this story claims that the woodpecker was eventually condemned to peck wood with its beak for the rest of its days. Although this legend shows woodpeckers and, consequently – flickers in a whole new light, it is still a cautionary tale about the importance of helping others.

Greece: According to one Greek legend, there was a king named Celeus, who tried to steal special honey that nourished Zeus when he was a baby. As a punishment, Zeus turned him into the woodpecker.

Later, Celeus fathered Triptolemus, a legendary figure accredited with inventing the plow. Interestingly enough, this isn’t the only story in which woodpeckers and flickers are connected to plowing.

Flicker Symbolism In the Modern Age 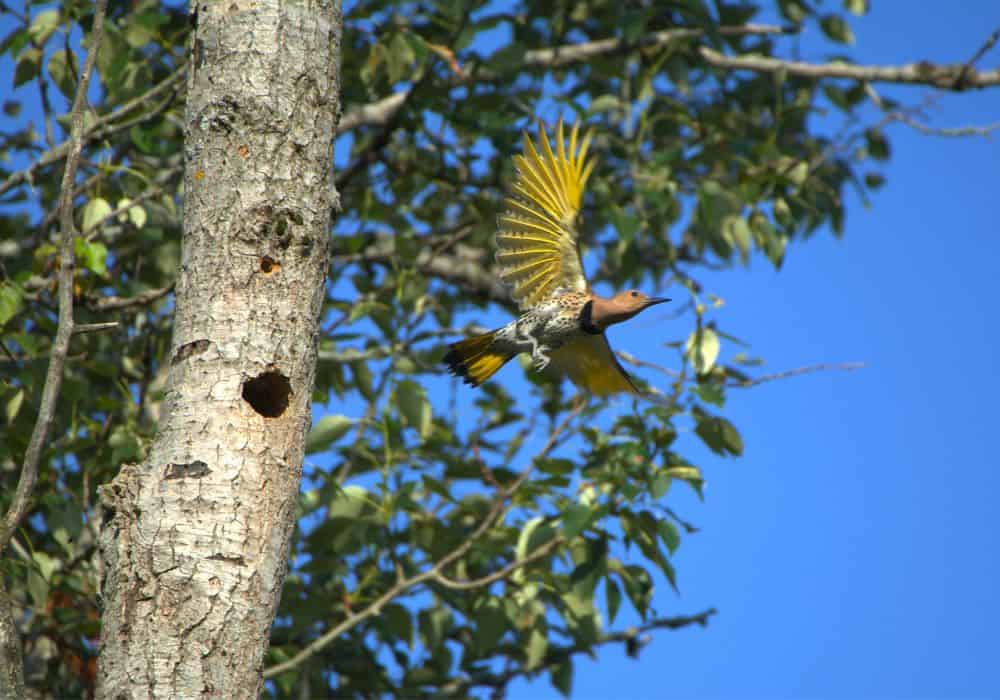 We live in a rational age in which science is used to determine what is true and what is not. However, our technology is still not advanced enough to explain everything, and we still need some sort of spiritual or spirit guide to help us.

That’s why this modern age has seen the rise of neo-shamanism – a modern variant of shamanism, a type of religious practice that believed in interacting with the spirit world through various techniques.

The practitioners of shamanism/neo-shamanism believe in power animals, spirit animals, and totem animals, but not many know the difference between them.

Animal Spirits And Their Significance

Spirit animals will look out for you and lead you through different phases of life. They act as a kind of spiritual heartbeat that you must follow. You will be given strength and wisdom by power animals, and their soul is a part of you from the moment you are born.

On the other hand, a totem animal is a type of symbol that represents you or your family. Some people think that their totem animal represents an ancestor who guards their entire family.

With that in mind, having a flicker as one of these three “animals” can be really powerful:

The Symbolism Behind Flicker Tattoos 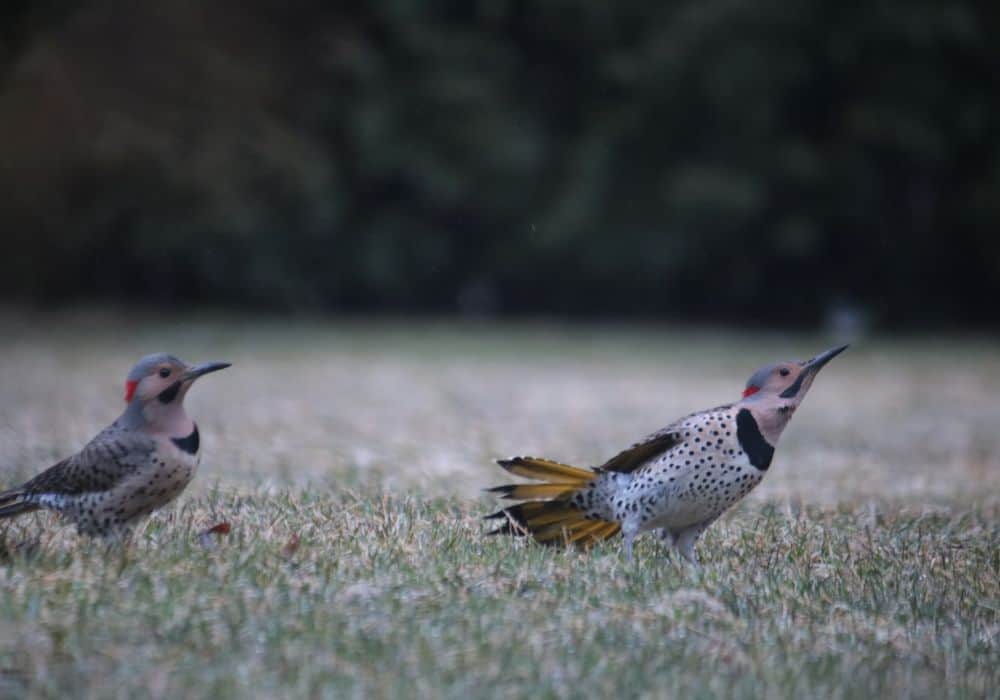 What Does a Flicker Dream Mean?

In general, dreaming about flicker is a good omen. If you dreamed about hearing the flicker’s drumming, it can mean you need to focus on your inner rhythm and live accordingly.

Dreaming about flicker in flight represents hidden blessings or hidden potential you need to recognize. It can also mean something unexpected is going to happen to you.

No matter if you are spiritual or not, the fact is, our lives and the world around us are filled with symbols that affect the way we think, the way we feel, and the way we behave.

Just like the flicker reveals its colorful feathers only when it flies, these symbols reveal their meanings only when we open our minds and let them fly.

Do you have a spirit animal or an animal with which you have a special bond? If so, let us know what kind of animal is it!