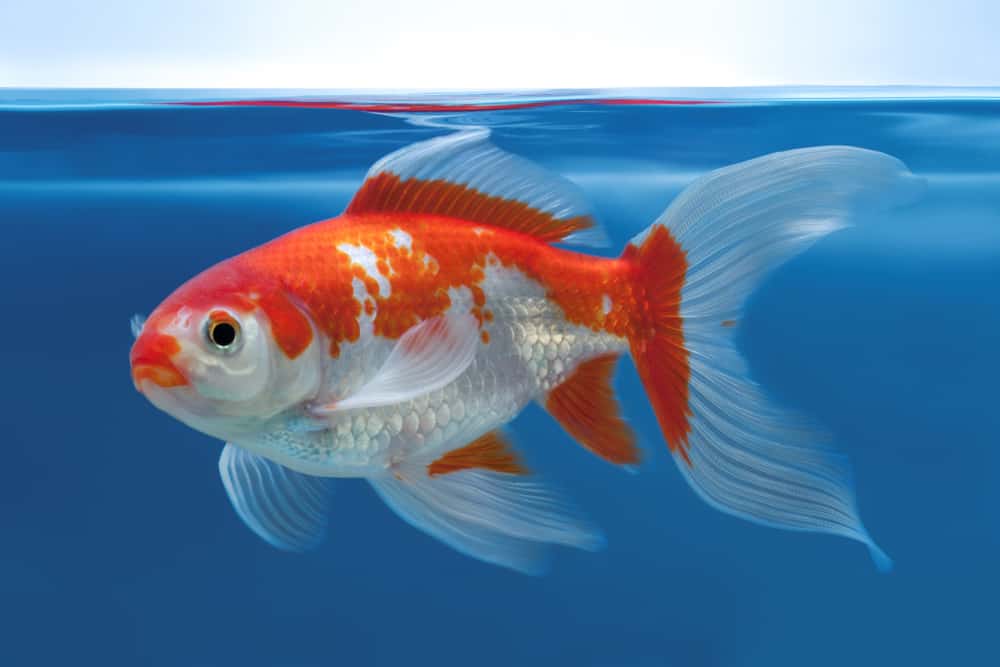 The fish is one of the oldest creatures in this world. Fish have been a source of food for humanity for the longest time, but they have an important spiritual significance. They appear in paintings, stories, and religious books and have been a big part of every culture.

If you are interested in astrology, you can associate fish with the zodiac sign Pisces (Pisces translates to “fish” in Latin). But fish symbolism extends as far back as the waters they live in. 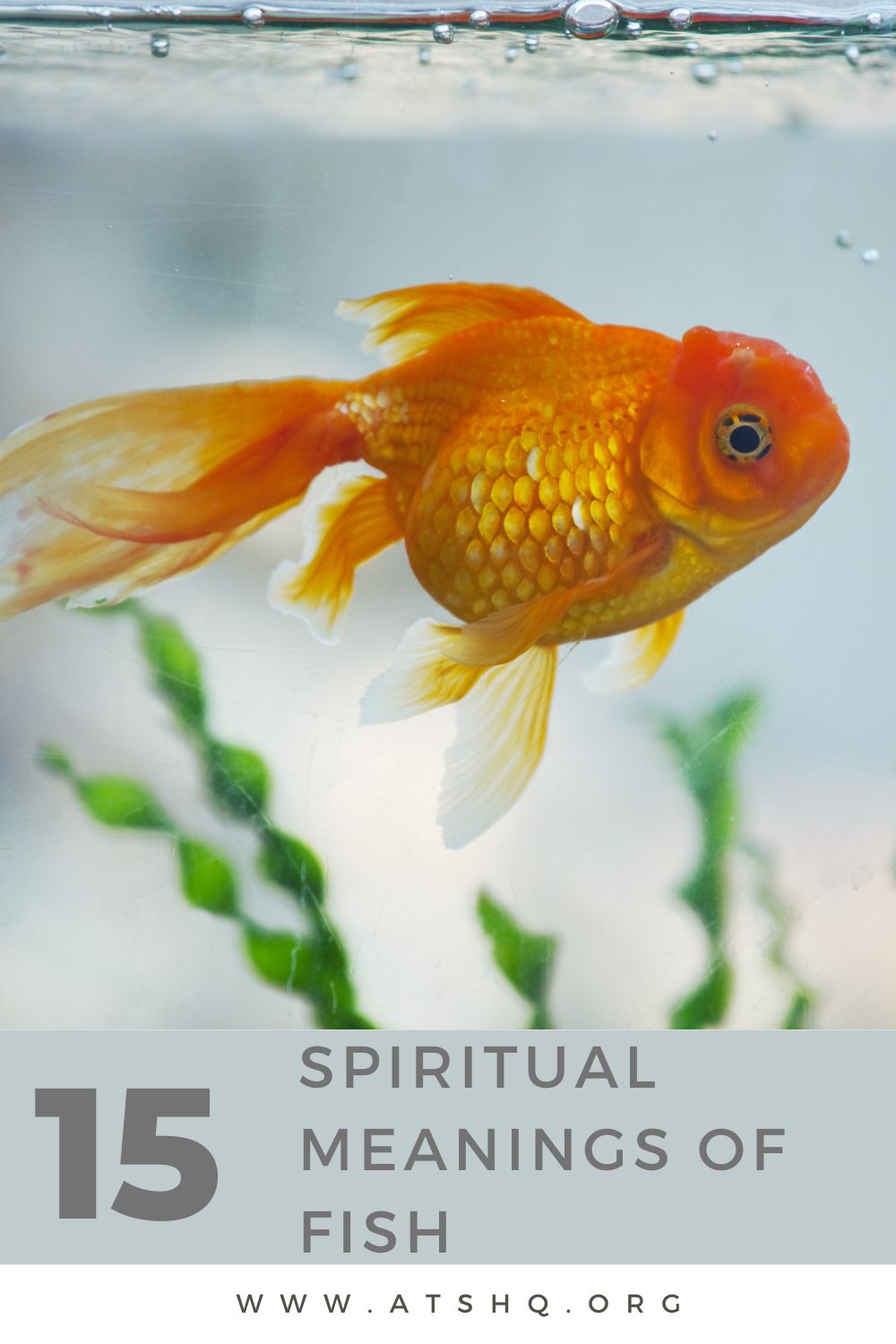 Fish Symbolism Through History And Various Cultures and Religions

The fish has played a significant role in the development of religions and the gods. Because of its sacral essence, fish emerged in many instances as a forbidden food.

Before diving into what the fish means, we must realize their relationship with water. All of the beings of this world need water, but the fish is bound to it at a deeper level, meaning more metaphors are attached to their lives. Fish reassure us of the significance of submerging in this element, of the connection with nature we lost and must regain.

The symbolic meaning of Fish vitality is commonly associated with Christianity. The Bible mentions the Christian fish symbol as a source of food (like the story of the loaves and fish), and the Fish itself has also come to represent Jesus Christ. According to the Bible, Christ fed his 5,000 disciples with two fish and five loaves of bread. They were known as “fishers of men.”

When Christianity was at its beginning, most adherents were persecuted. They were forced to conceal their traditions and that’s why they used the fish as a symbol of their faith in the son of god. Some Christians also associate the Fish with the religious ceremony of communion.

The Greeks adopted the Fish as their symbol. The Greek word Ichthys is the translation for “fish” and also refers to an icon formed by two inverted arcs that form the form of a fish. This world means Iesous Christos Theou Yios Sote. Also, as one of the myths in their mythology says, the goddess Aphrodite could avoid danger by swimming away like a fish.

Just like the free animal, the symbol of the fish is an aspiration for happiness and freedom from societal expectations.  Fish, according to Buddhists, have the autonomy to swim wherever they want. The fish has such an important role, that Buddhist robes frequently have fish drawings on them. Robes like this are given to a married couple in Buddhist celebrations.

One of the eight symbols of the enlightened Buddha is a pair of golden fishes. 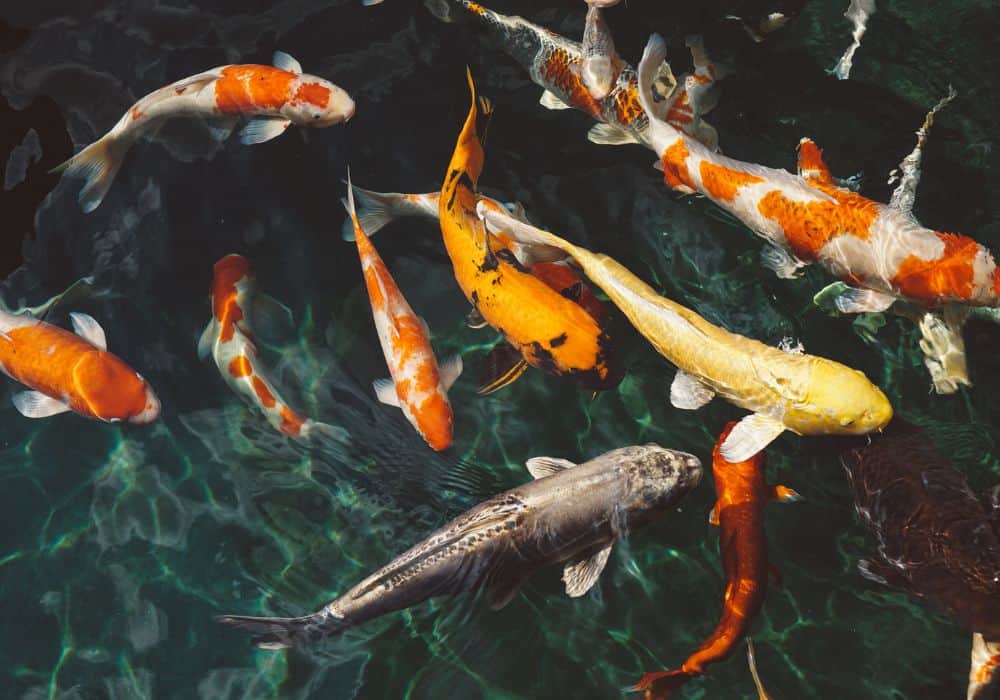 Totem poles were sculpted with various types of fish by some Native American tribes, including the Chickasaw, Ho-Chunk, and Creek.

To some tribes, like Caddo or Lenape, fish has the value of the main source of food.

Fish represent prosperity, fertility, and luck in most Native American cultures. Opposite that, they can be depicted as shapeshifters in legends, symbolizing wisdom.

In Celtic lore, like in many other cultures, fish is associated with fertility. But the primary association of Fish in Celtic mythology is with the Salmon, who gained foresight after eating magical hazelnuts unearthed at a sacred well. Wisdom, connection with source, and caring are all associated with it.

The ancient Celts have their own Animal Zodiac. People born between August 5 and September 1 are born under the Salmon sign. They are known to have excellent self-preservation abilities.

A prominent fish in Chinese and Japanese culture is the Koi fish. You can see it everywhere, from beautiful ponds to drawings and tapestry. Because koi fish frequently swim in sets, they are offered as a symbol of fertility, loyalty, and happiness during wedding ceremonies.

The Japanese consider the koi fish to be as heroic as a samurai, just like the fish swimming up rivers and climbing waterfalls. Their resilience and bravery have stood up over the years and given them a good name. These cultures also have different fish medicine that helped them throughout the centuries.

The two-fish means a lot in many places in Africa, and it can be found as far back as ancient Egypt. Fish represents fertility and creativity in Historic African culture. The new generations show new phases of existence. Mangala is known as the creator deity and is featured in an ancient African story.  In Mande’s creation mythology, she sowed eleusine seeds in the cosmic womb, according to Southern Mali folklore. These seeds helped  Mangala give birth to two fish. 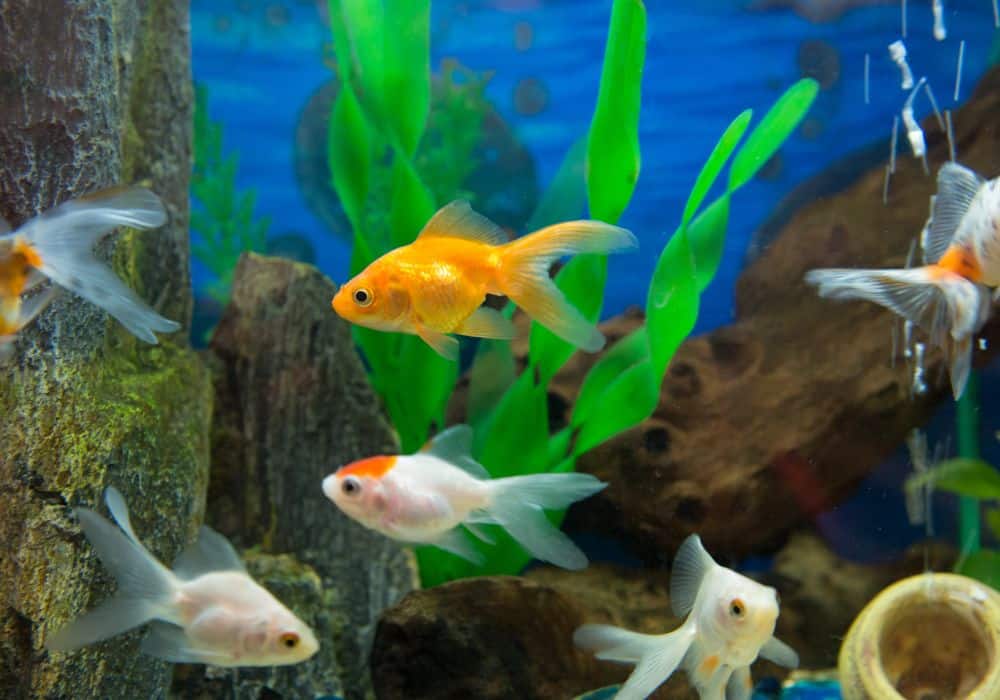 The spiritual meaning behind the fish

The fish is associated with numerous superstitions in cultures all over the world. The unknown of the ocean has always created fears among humans. But the fish is usually a good sign and seeing one must be regarded as a happy event.

The fish as a spirit animal

Spirit animals show up in your life to guide you through difficult periods and lift your spirits. The fish is a sea creature that represents a feeling of unknown and change. Having a fish as your spirit animal also indicates that you are open to receiving future messages. They can be the messengers from higher powers when there is a certain message that you need to receive.

For example, the salmon can represent a variety of things. Are you going through a difficult time in your life? Or maybe you are just looking for spiritual growth? Then this fish will guide you and lend you some of its characteristics, such as knowledge and resilience, and help you navigate the problems just like it always swims through any water.

When you are yearning for change of perspective, that’s the moment to summon your fish spirit animal. No matter if you want to take control of your life or you are just looking for confirmation that the objectives you choose are right, call upon your wise spirit animal – the fish. For more info on this symbol, DejaDream’s guide will help you better navigate all of the other questions you might have.

The Fish as a Totem Animal

When you encounter a totem spirit like a fish, they will give you guidance and teach you how to deal with a difficult situation. You will find them in your dreams and will have frequent appearances in your life. The fish totem draws us to the enigmatic water element.

Just like water, life is a never-ending cycle of change. The unknown of the underwater world has long been linked to human subconscious.

The fish animal totem appears in our dreams and encourages us to connect with our spirituality. We never know what we’ll find at the bottom of the ocean, just like we won’t know what the future might bring. 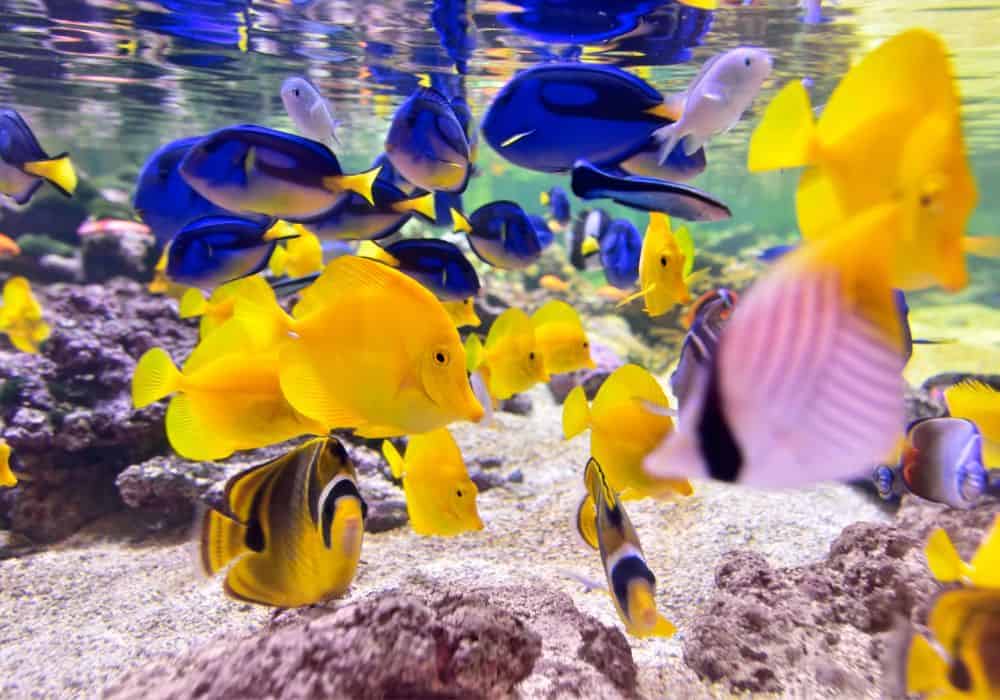 You started dreaming of a fish and want to know what it means? At first, you need to check the context. If you dream of fish, it can show a profound awakening at the beginning of a difficult time. The fish will help those in need and guide people who are lost in ‘dark waters.’ However, the contexts of the dream assess what your inner voice is trying to communicate and what you should focus on. If it appears in dreams, fish usually has a positive meaning. But if it is surrounded by ugly signs, it can portray some difficulties in the future. The symbolism can mean as many things as fish in the ocean, but we will go over some of the most common symbolism of fish in dreams.

If your dreams showed you a fish that is alive and well, it could represent a future happy emotional bond in which you will soon be involved. It may also represent the fact that you will have success in upcoming projects and activities that you want to manage.

If the dream shows you a fish swimming in clean waters, it could be a sign of good luck and happiness.

Some of the most common symbols associated with live fish are:

2. Fish out of water

This dream can show alienation.  When you have a dream about a fish out of the water, bad news can come your way. A  person that finds himself in an inconvenient scenario is known as a fish out of the water, and this dream could symbolize that.  Perhaps you feel uneasy around others, and your subconscious tells you that you need to change something in your life to feel better. Instead of looking for contentment in others, look inside of yourself for it.

Dreams about eating fish are one of the best dreams you can have in terms of luck. It mostly indicates that you will soon receive good news, as well as spirituality and peace with your energy. This dream can sometimes predict lottery wins.

If you were eating fish in your dream after observing it being cleaned and cooked, this is a good omen. It foreshadows a big inheritance coming your way. The more types of fish you see, the better.

On the contrary, if you were the one preparing fish in your dream, this could be a bad omen. It can mean problems and stress you will experience in the future. But this dream can sometimes represent a shift in perspective and your readiness for change. 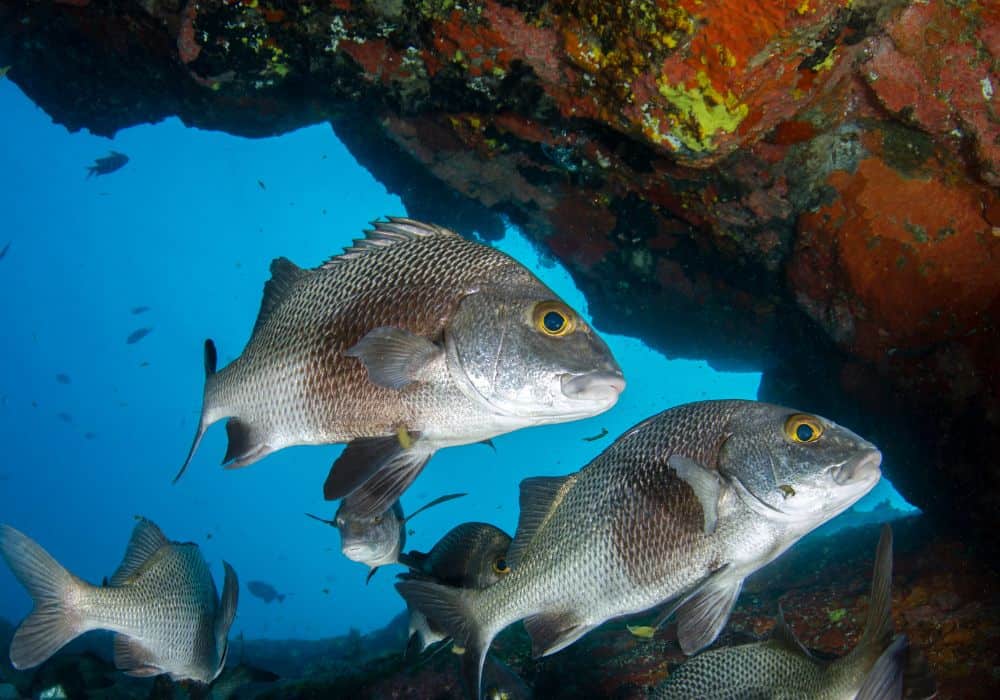 Dreaming of a large fish indicates that you are being tested to see how emotionally stable you are in the face of the negativity of the world. It’s critical not to become extremely distressed and to keep a level head when making heartfelt choices. A large fish symbolizes the harmony between your judgment authority and your heart’s gentler rulings. This symbolizes authority and suggests that you are emotionally developed in comparison to others.

In other cultures, the big fish may also represent master energy, such as a  teacher or mentor that will help you complete your roles.

Dreaming of a dead fish indicates that you are experiencing doubt and must discover how to trust your instincts.

You’re doing your best to hear your intuition, but when the signals arrive, you’re not sure if they’re from your inner dialogue or your ego. The message of this dream is to trust your instincts and see where they lead you. It may also indicate that you are psychologically obstructed, or too emotional.

If your dream turns into a nightmare and the fish is the one who’s eating you, this can be a really bad sign. According to The Cut, you might want to start being more cautious and not let other people’s negative emotions disrupt your peace. You may be surrounded by people who do not have your best interests in mind. This denotes that you have some people in your life that you need to get away from to save yourself. Isolate yourself from them and focus on your inner healing.

The symbolism of fish can have various meanings that vary from culture to culture. Humanity has always seen the fish’s connection to water and all that it means – freedom, purity, unknown, greatness. For us, the fish symbolizes our difficult past and hopeful future. You need to trust in your heart and follow your intuition.

No matter what you choose to believe, there’s no denying that this animal teaches us how to accept life as it is and always find a way to survive.