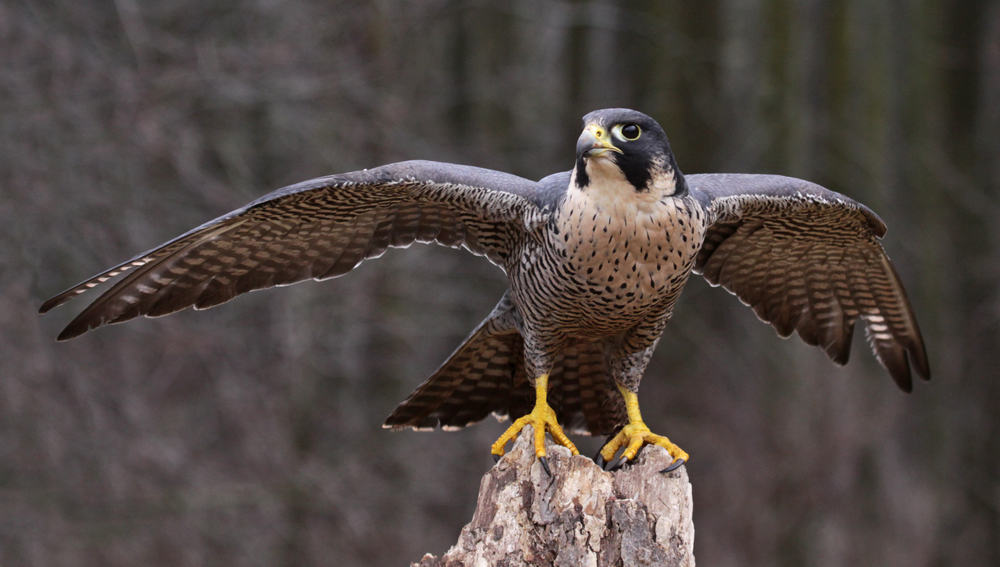 Falcons are birds of prey that are best known for their lightning speed and impressive hunting skills. What many of you may not know about falcons is how important these animals are to certain cultures in terms of their symbolic value.

Although they are most prominent in the Northern Hemisphere, Falcons live all over the world meaning there are cultures from various different countries which symbolize them in certain ways.

Today, we will be looking at the symbolism surrounding falcons while also considering how you should interpret encounters with these incredible birds. 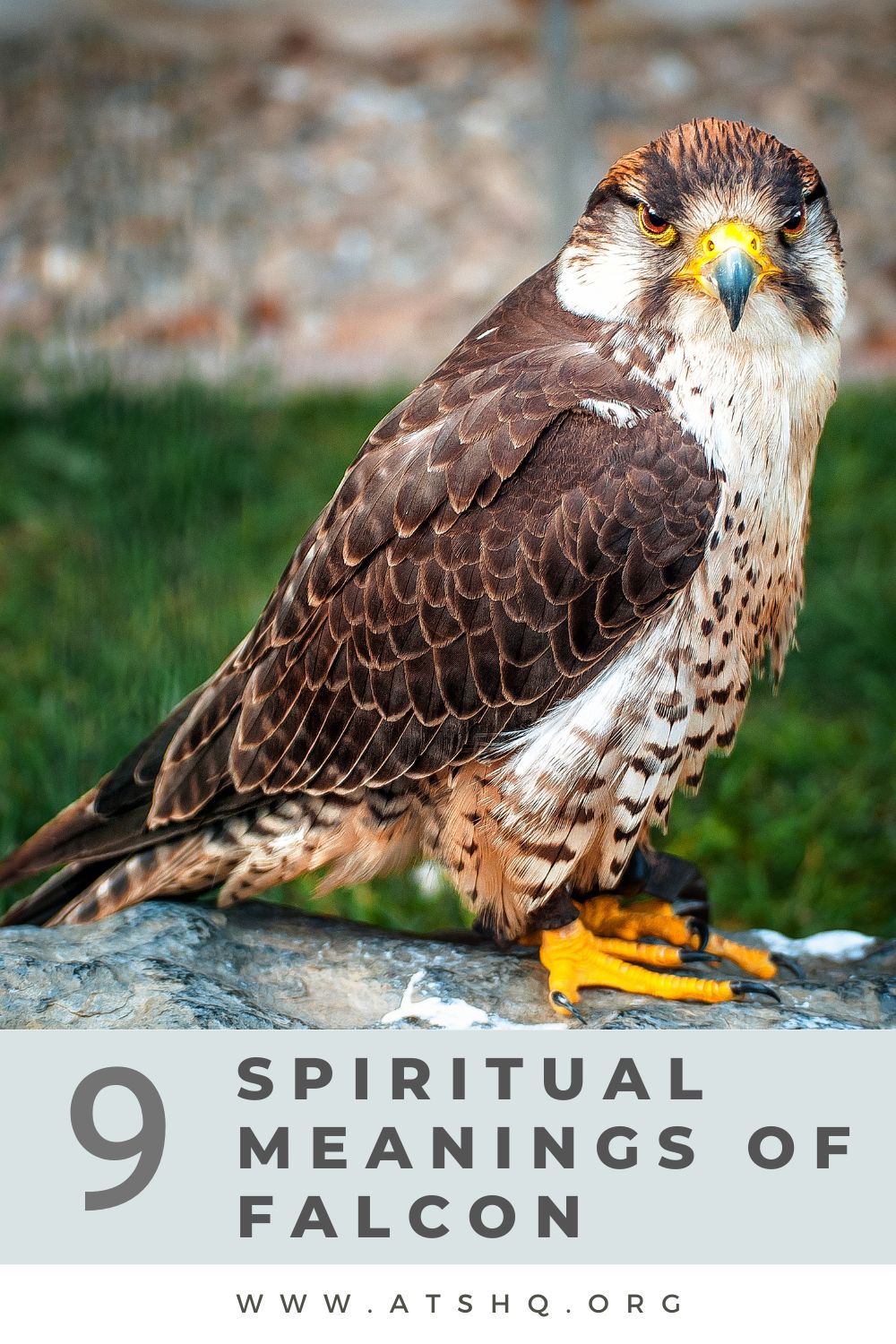 Falcons are hugely impressive birds, but did you know that there are actually around 40 different types? Talking about them on a general level, though, the characteristic which stands out the most about falcons is their speed. Peregrine falcons, the fastest of all falcons, have clocked speeds of an incredible 242mph! This makes falcons one of the fastest animals on the planet.

Another impressive characteristic of a falcon is its eyesight. It has been discovered by scientists that your typical falcon has 8x better eyesight than your typical human being. This eyesight combined with their lightning speed makes them excellent predators.

A lot of the evolution that falcons have undergone over the years has revolved around their eyes. They actually have an extra translucent eyelid that moves from side to side. This is another tool they utilize when it comes to hunting prey.

These imperious birds aren’t particularly fussy when it comes to food, but they are carnivorous meaning they do only dabble in meat. The classic animals that are vulnerable when a falcon is in the area include pigeons, rabbits, rats, gophers, squirrels, and mice. However, they have sometimes been known to go for larger animals, such as deers and foxes, if they are feeling particularly brave and/or hungry.

Despite having a seemingly broad diet, a report from the New Zealand Journal of Ecology found that other birds actually make up a whopping 97% of a falcon’s diet. I guess they must prefer hunting in the air rather than at ground level.

When it comes down to taking down prey, falcons use their giant talons and pointed beaks to get the kill and then usually swallow the carcass whole. However, if they are dealing with a larger animal then they have to take their time eating it as they aren’t one of these animals that can eat two or three times its body weight each day.

One final thing worth mentioning before we look at how these characteristics have shaped the symbolism surrounding falcons is the fact that they only have one mating partner for the entirety of their lives. While they will typically travel alone across different habitats all year round, they do tend to return to one particular spot each year to mate.

Falcon Symbolism Around The World 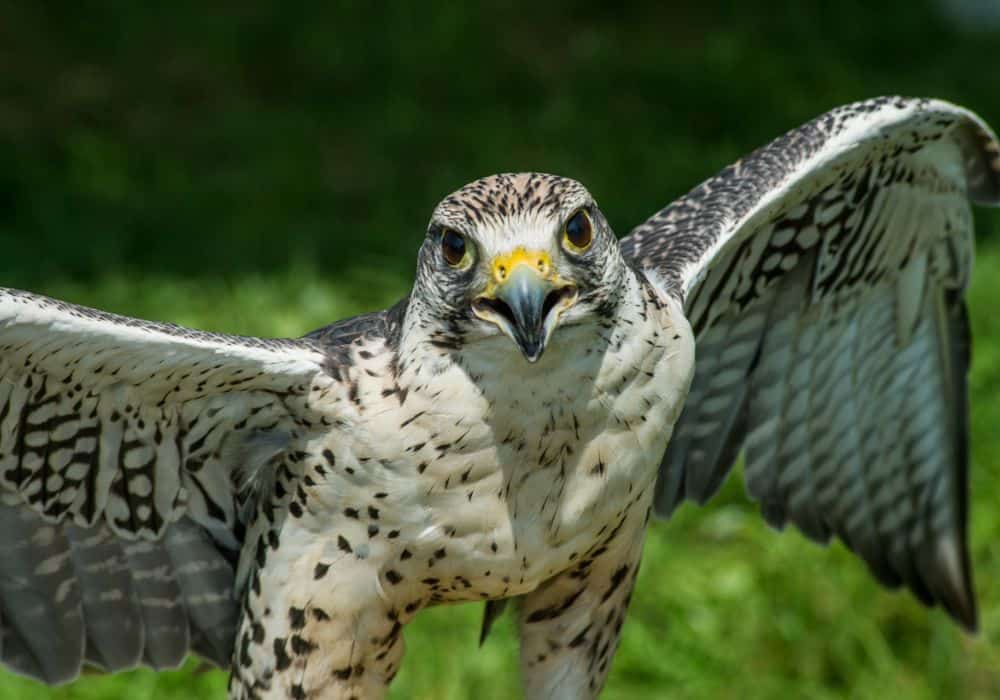 Falcons are of great spiritual and symbolic importance in numerous cultures. While some of the reasons for their symbolism are based on myths and legends from the past, others are simply based on a hunch or physical interaction. Common themes throughout revolve around wisdom, strength, and nobility but let’s take a deeper look:

In Native America, falcons are symbolic of many different things depending on which tribe you belong to. Generally speaking though, Native Americans see falcons as a symbol of courage and strength.

For the Cheyenne tribe, the symbolism of the falcon goes quite a bit deeper than that. In an ancient Cheyenne legend, a buffalo and a falcon engaged in a race and the winner got to eat the loser. The falcon won which prevented the buffalos from eating the Cheyenne people, which was happening on a regular basis prior to the race.

On the back of this tale, the Cheyenne people began to treat falcons as sacred animals that couldn’t/shouldn’t be touched by any member of the tribe. They are symbols of selflessness and protection.

The Chippewa and Hopi tribes both have falcons as clan animals. This is due to an ancient tale of a warrior and his wife being reunited in the afterlife in the form of white falcons. As a result, the symbolism of falcons for these two tribes is purity and love.

Finally, in Mississippian culture, there is arguably no animal with greater importance than the falcon. They adore falcons to the point where they are actually considered to be supernatural entities.

They believe that the sky is the meeting point of the earth and the upper world and since falcons can fly to incredible heights at incredible speeds they see them as messengers of God.

Many other Native American tribes simply associate the falcon with victory and power and possess images of the falcon on their weapons.

Falcon meaning and symbolism in Asia

The general Asian perception of Falcons is also overwhelmingly positive – it appears this creature can do no wrong in the eyes of spiritual people across all continents. The overarching symbolic notion when it comes to falcons in Asia is nobility.

In Feng Shui, the practice of arranging furniture and ornaments in a certain way to promote good fortune, the falcon is seen as a way to encourage forward movement. In other words, falcons can help to prevent you from dwelling on the past.

In Japan, the falcon is a symbol of positivity and health and some Japanese cultures dream/wish that they could be as free as them.

While the majority of falcon symbolism in Asia is all about freedom and nobility, there is one Korean legend that suggests parts of Asia view them as warriors much like the Native Americans.

The story tells of a River God challenging his son-in-law to an animal transformation duel for the right to marry his daughter. The son-in-law transforms himself into a falcon and defeats the father, displaying the warrior instinct that is within a falcon.

In Celtic astrology, those born between November 25th and December 23rd are represented by a falcon. If you are born in this period then you are said to be an intuitive individual with great ambition.

In addition to being a sign of the zodiac in Celtic cultures, falcons are also seen as an omen. If you spot a falcon then you should be wary of what dangers may lie ahead of you.

The level of importance that they place on falcons could be stepped back to ancient Celtic cultures where only the upper class were allowed to own them. Even amongst the most wealthy, laws were in place which dictated how prestigious a falcon each family could own, based on status and superiority.

In Christian countries, they look to the bible for guidance and support and the book has some mixed messages when it comes to falcons. However, as the bible is essentially a collection of books written by various authors, this inconsistency is perhaps to be expected.

For example in one book of the Bible, the falcon is depicted as being an evil abomination, while in the Book of Job, a falcon is referenced for its impressive eyesight.

How To Interpret A Falcon Encounter? 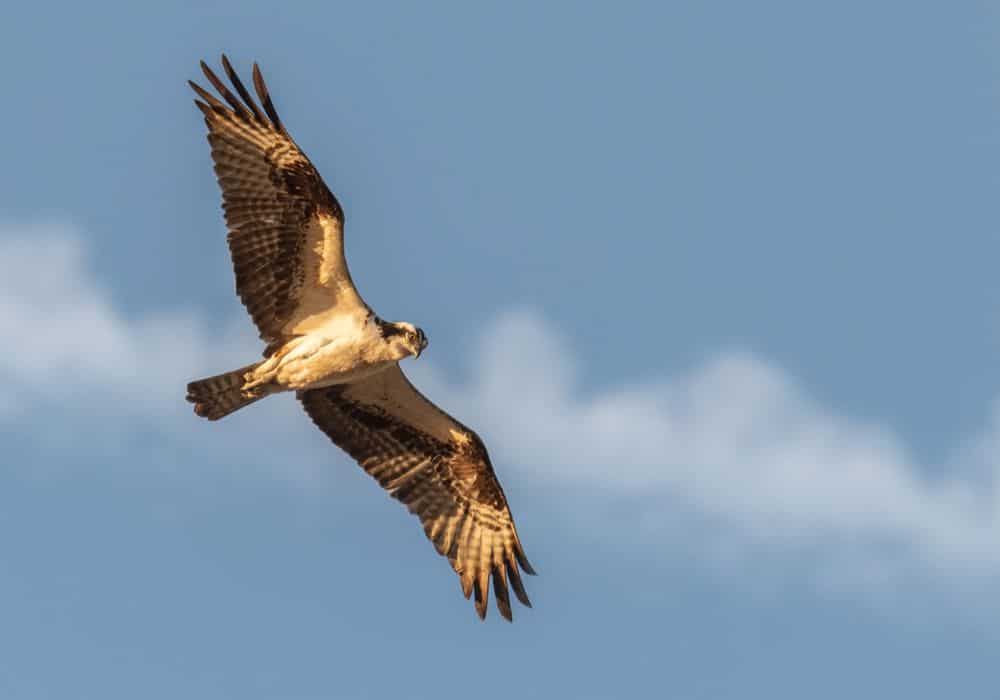 Now that you know how different cultures interpret and symbolize falcons, now it is your chance to reflect on what you see when you think of a falcon. A good place to start is to think about a time when you encountered a falcon, either in real life or in your dreams.

A falcon encounter can be quite scary on the face of it. They are large birds with very sharp talons and they swoop around forests at ridiculous speeds. However, if they are taking the time to interact with you then you should look into the possible explanations for why.

Firstly, you should take it as a sign that victory in a personal or business venture is around the corner. Falcons are highly prestigious birds and there’s a reason that they are associated with warriors in Native American Tribes.

Due to their importance to various spiritual cultures, it will come as no surprise to you that falcons are popular spirit animals.

If you have a falcon spirit animal then you are going to be full of patience and methodical when it comes to decision-making. You will prefer to work alone as you believe that others will hold you back.

At the same time though, you are going to be keen on adventure and your falcon spirit animal will give you the confidence to leave your nest and see the world. 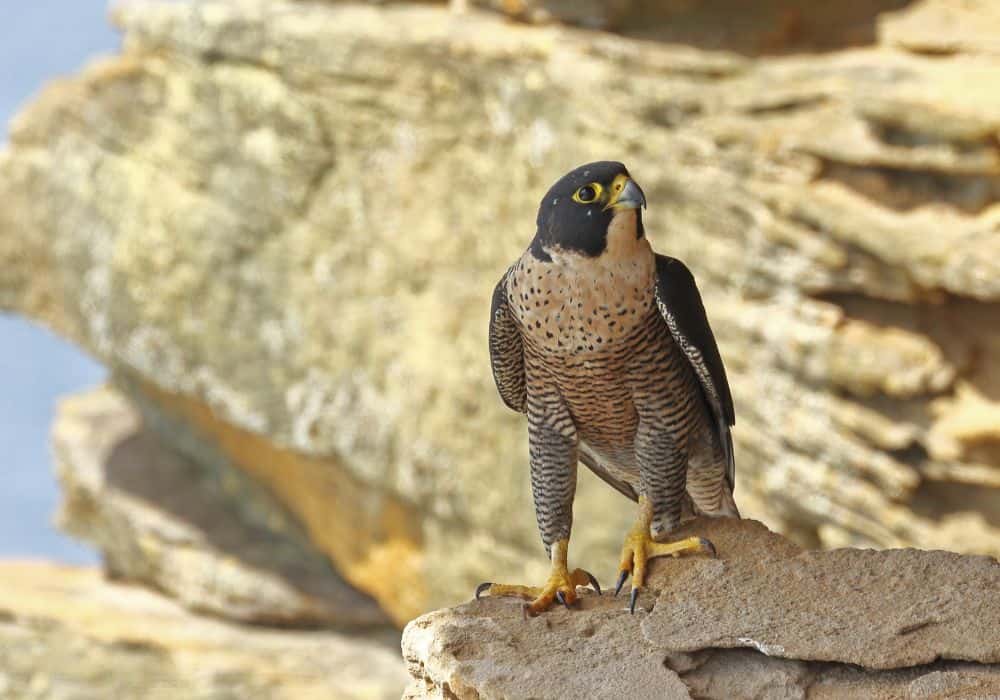 Totem animals are similar to spirit animals in the sense that you will share similar personality traits with your totem animal, just like you do with your spirit animal. Totem animals will stay with you for eternity and will help guide you through life before being passed down to your descendants once you’ve passed to the afterlife.

If you have a falcon totem animal then you are in luck because you are going to be a determined warrior with a passion for what you do. You are going to want to take advantage of every situation and opportunity that is presented to you but your falcon totem will be there to ensure you think carefully before acting.

Power animals are animals that will appear to you during your most desperate hours to give you the boost and confidence to get back on track. In addition to that, they will also act as your protector so falcons are arguably one of the best power animals to have, particularly if you worry about lots of things.

If you are mentally exhausted then your falcon power animal will be there to give you the mental medicine that you need to overcome any challenges. They won’t allow you to simply take the easy way out by acting impulsive but will force you to stick to your methodical ways to figure out the issue at hand.

If you are struggling and your falcon power animal doesn’t appear to help you then take that as a sign itself that whatever you are worrying about doesn’t matter in the grand scheme of things. This in itself should alleviate your concerns and allow you to grow as a person.

While a lot of what we have spoken about today is based on ancient tribes and myths, there is some falcon symbolism in modern popular culture that backs up these interpretations. The most obvious one to talk about is the Marvel Superhero, “Falcon”.

In the Marvel movies, the Falcon is a symbol of trust as he is the ultimate right-hand man for Captain America. He is smart and methodical when it comes to warfare and usually ends up on the winning side like all good warriors.

Upon Steve Rogers’ death, the Falcon was tasked with taking over the mantle of Captain America. Although he was hesitant at first, he thought about it and in the end accepted the burden due to pride and nobility. These are all traits that mirror those from the myths and legends of yesteryear.

To conclude, falcons are steeped in history. You may well have previously just looked at them as rapid birds of prey but we hope you now appreciate the deeper symbolic and spiritual meanings behind these fascinating birds.