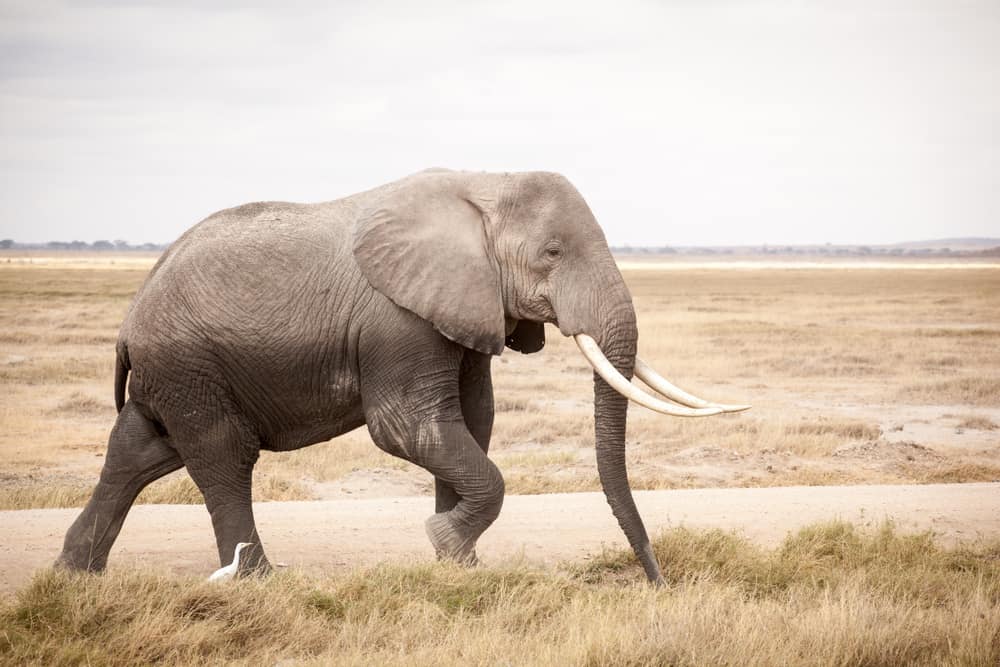 Elephants are commonly seen in Africa and Asia. Many people around the world come with devotional beliefs about these animals.

Just like how big they are, elephants teach us many life lessons, and in this article, we will find out how they can support, guide, and strengthen us. 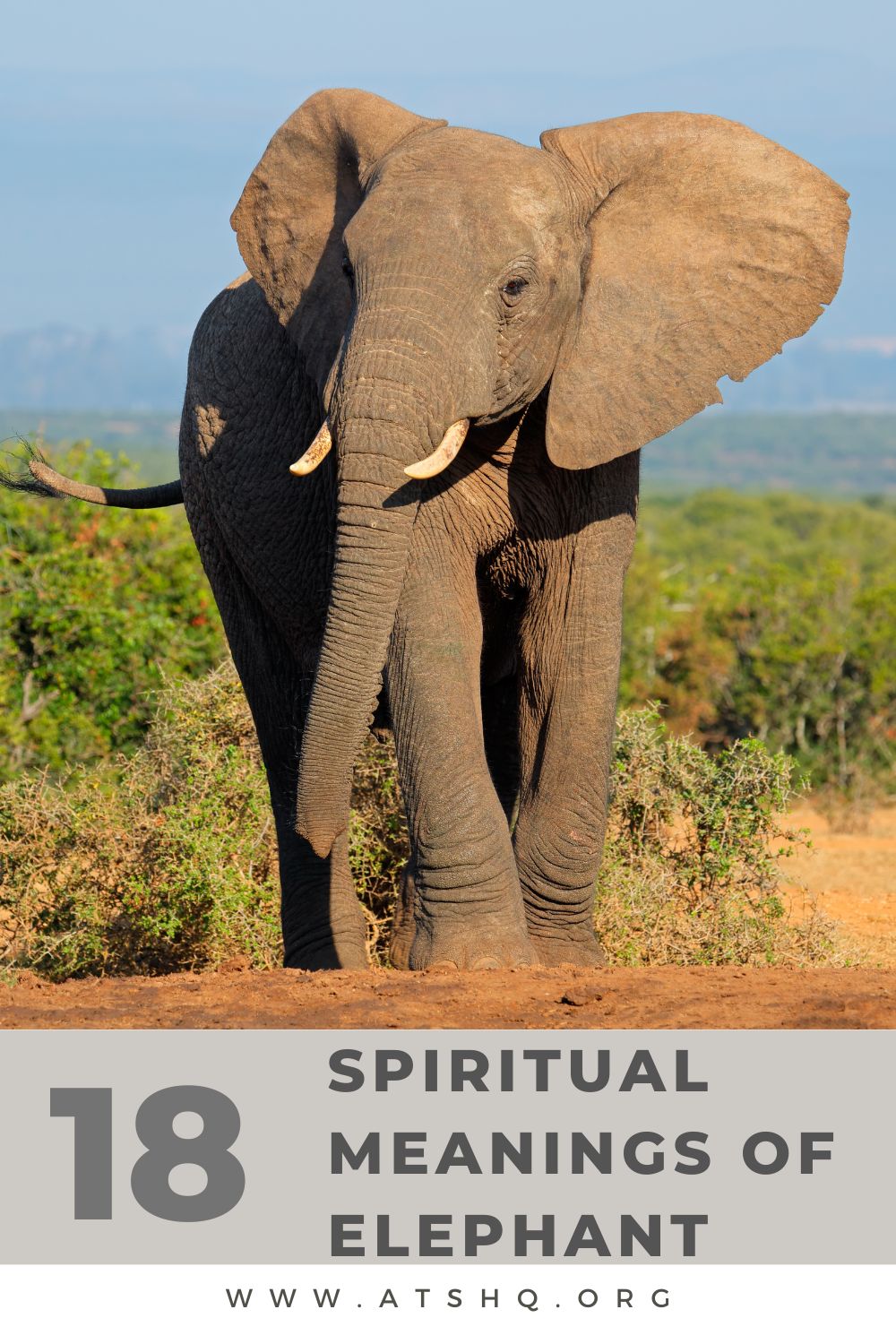 Elephants are intelligent animals and their strength inspires imagination. Some people believe that they are loyal, massive animals with gentle hearts.

1. Symbol of strength and protection

Elephants are protective and they know how to sacrifice themselves to protect others in their tribe, especially their herd, from predators like bears and lions.

In life, when you feel in danger, either physically, emotionally, or spiritually, you can call on this animal and reflect on its power.

An elephant also encourages you to protect those people important to you. You can trust your instincts, especially if you feel that something is wrong around you or your family.

One great thing about elephants is that they know how to establish boundaries with people who do not respect them.

Aside from people, elephants remind you to protect your dreams, work, and possessions.

2. Symbol of good luck and majesty

In Asia, elephants symbolize good luck. For example, in China and Cambodia, these animals were used to win war battles. According to feng shui experts, these animals signify good fortune and abundance.

3. Symbol of wisdom and memory

According to a study from California, elephants come with a large brain and this is the reason why their memory is so vast.  Even if they reach their oldest age, around 70 years old, they can still remember their food sources and threatening situations, including people who try to hunt them. Elephants can see and smell different objects and their reactions are excellent.

In life, we tend to have positive and negative experiences, and we wish to forget most of the negative ones. Moreover, this spirit animal reminds us to move forward and use bad experiences as lessons.

The brain structure of elephants is very functional. According to a study from Brazil, they have around 300 billion neurons which is why they have deep thoughts and emotions.

Elephants are very conscious and they show compassion and grief in certain situations.  In real life, elephants can be a sign of overcoming an obstacle by being more conscious of the things around you.

Elephants are very dedicated animals and they would do everything for their families. They are social animals and relationships are very important for them. Thus, they unite as one for their family and herd to survive. Additionally, female elephants bond with their mother and grandmother throughout their life to show respect and loyalty.

Furthermore, young elephants will go with other males to protect the baby elephants.

In real life, elephants encourage you to rely closely on people who matter most. These could be your immediate family or friends. Keeping these people also means not taking them for granted.

Elephants also inspire you to lead others and promote unity. 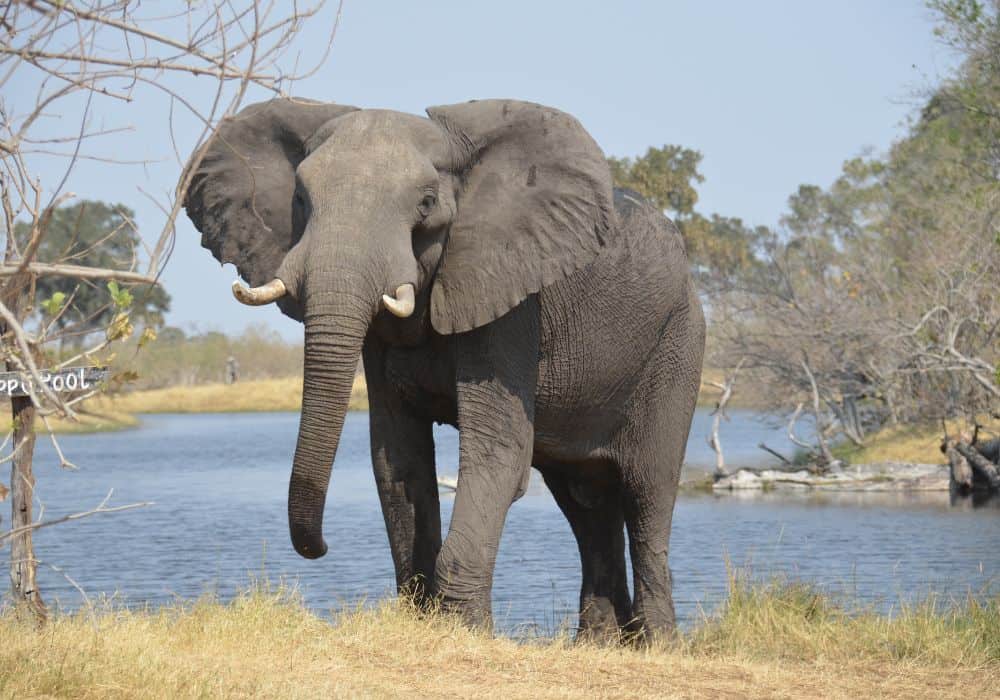 In African tales, there is this Tree of Life that depicts elephant ivory. According to the book African Mythology A to Z, elephants are the reincarnation of human chiefs in Africa. Thus, to offer respect, they give these animals proper burial when they die.

To be more specific, Japanese people relate elephants to Kangiten. This is a Buddhist deity that represents a man and woman in an embrace.

In India, elephants, especially white elephants, are related to Buddhism. There is this deity named Airavata. It is a white elephant that carries Indra, the god of war and monsoons. Sometimes, native elders give elephant figurines, tusks, and other gifts related to elephants to signify good luck. Because of this, the people of India use elephants as a symbol of rain and white clouds.

In China, elephants are considered creatures that can discern good and bad. They associate these animals with nobility and fertility.

In America, elephants consider elephants as powerful animals similar to mammoths. Their tribes are considered blessings and symbolize sexual energy. It is also in North America where people started traditional medicine using these powerful animals. 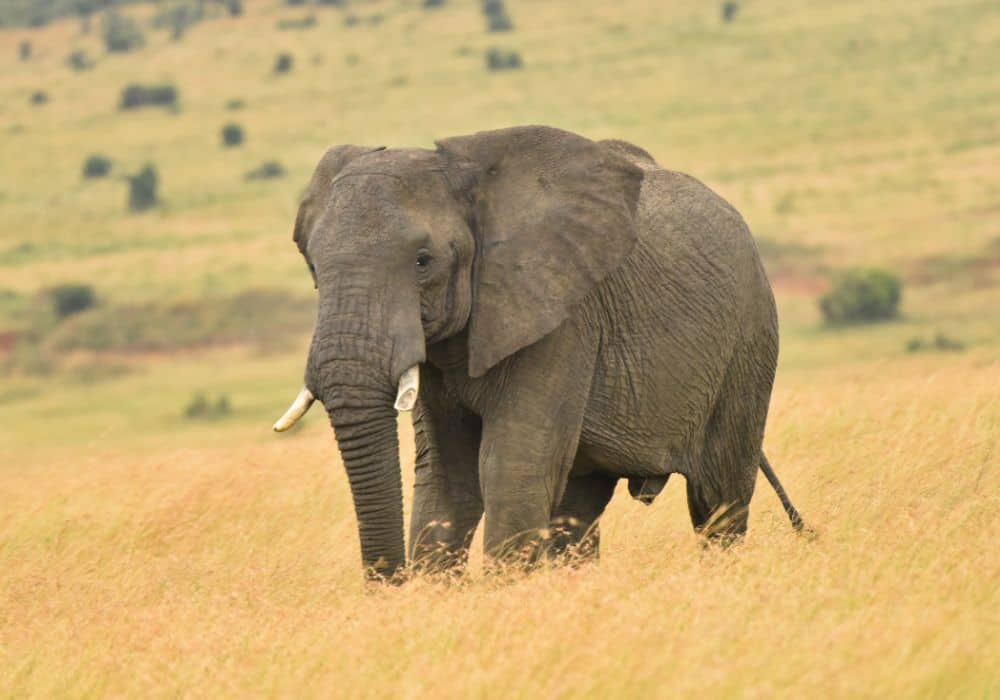 Even religion uses god elephants to signify events and power. These animals are also called to support spiritual growth.

Like Christ, these divine animals offer mercy and compassion that no matter how big the damage you give them, they will always forgive.

In real life, when you feel anxious because of the wrong things you feel you have done, calling this spirit animal can help you find your way to the right path.

In the Noah’s Ark story, Noah was praying for balance as the boat was about to tip. Eventually, the result of the mouse scaring elephants made the latter restore the balance of the boat.

There are times when our fears consume us and we cannot do anything if we want to. However, prayer will help us out as it will guide us to find solutions and act on them.

Another story about elephants and Christianity involves three blind men who touch different parts of elephants. After touching the elephants, they were asked to describe these large, gentle giants.

According to the book Signs & Symbols in Christian Art, elephants symbolize God’s love for His people.

When the Buddha’s mother, Queen Maya, was pregnant, she dreamt of a white elephant. This white elephant brought her lotus flower that circled her three times, and then it entered her womb.

Generally, Queen Maya cannot get pregnant. However, after the white elephant showed up in her dreams, she was finally able to conceive.

In Islam, there is this “The Elephant” chapter in the Quran. In Islamic legend, Abraha, the ruler of Yemen, tried to conquer Mecca and Kaaba.

However, he was unable to do so because the white elephant he rode refused to walk into Mecca. Thus, his negative plan failed.

In the Hindu religion, the god Ganesha is represented by an elephant head. Like other cultural and spiritual meanings of elephants, this symbolizes good luck and wisdom.

In Hindu mythology, Ganesha is thought of as a god who can overcome any obstacles in life. Half of his body is human and the other half is in elephant form (head of an elephant). Generally, this symbolizes the connection between humans and animals, and how the former comprehends the animal world.

This human-elephant God teaches us to see our inner beauty and stay positive no matter what circumstance we might face. 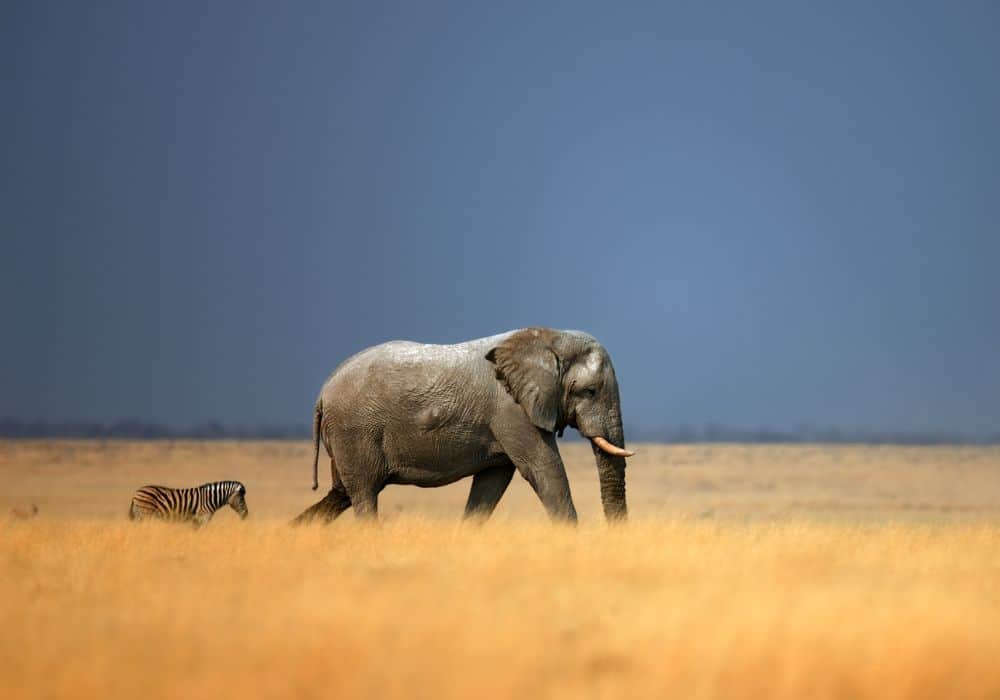 Having this spirit animal means being blessed with powerful spirit guides. It signifies kinship, connection, and family orientation.

An elephant spirit animal also encourages you to find your path on earth. Whenever you feel stable, this spirit animal can help you find stability and confidence to move forward.

Furthermore, calling this spirit animal allows you to be more intuitive to better connect with what is happening around you or inside you.

Understand that elephants can also be attributed to laziness. When you feel undetermined, calling this spiritual animal gives you the strength and passion you need to work towards your goal.

Elephants have dynamic traits and attributes that can help you meditate and transform your life. When you feel you need strength to overcome an obstacle, when you feel alone, and when you lack wisdom, you can call on this power animal to support your needs.

Always remember that elephants symbolize self-confidence. So, when you feel weak, seek affection, and need stability, elephants can encourage you the most.

The elephant totem encourages you to manifest deeper and promote meaningful relationships in your life. Elephant totems also symbolize protection for you and your loved ones.

If you are born with an elephant totem, you are indeed a responsible and accountable person who cares for everyone, especially the vulnerable. You would do everything just to help others survive.

However, you have to care for your well-being as well by connecting with nature. According to the book Totem Animal Messages, having an elephant totem animal means you are the backbone of your family.

An elephant tattoo means loyalty. When you get one, you show the world that you value power, wisdom, and protection.

Although getting an elephant tattoo is personal, symbolism can give it life. According to some tattoo artists, elephant tattoos mean nobility, gentleness, mercy, prosperity, success, and healing. 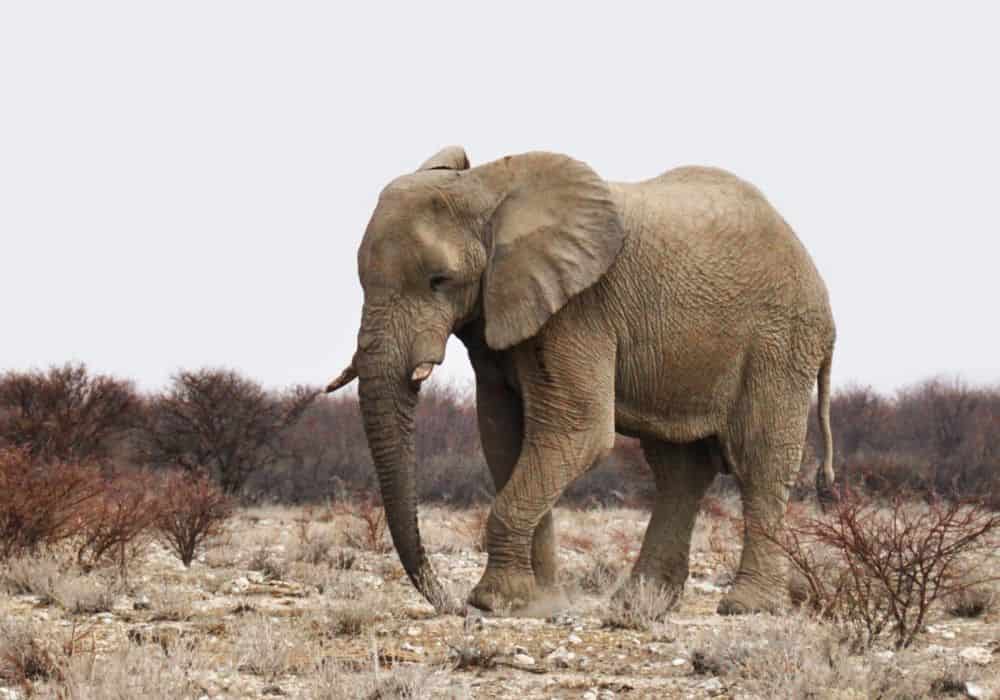 Elephant dream meaning can be due to many reasons but what is important is that you have to understand the emotions you get when you dream of them.

When you dream of riding an elephant, this is a reminder for you to put down the heavy burdens you are carrying. Be gentle with yourself and practice patience.

2. Being attacked by an elephant

When you dream of being attacked by an elephant, this means that someone is fighting you behind your back. They are against your plan of becoming successful because they feel intimidated.

Another significance of being attacked by an elephant includes trying to avoid a hard situation in your life.

3. Feeling afraid of an elephant

If you dream of being afraid of these gentle giants, you might be losing control of your life. You want to do something but there is another factor that is preventing you.

So, elephants encourage you to take a look at your emotions and find a solution that can reduce your anxiety and unwanted thoughts.

4. An elephant being hunted

Elephants are prone to be hunted by humans and if these enter your dreams, it may mean that you have anger and resentment towards a certain person. To live a more peaceful life, you may want to reconcile with others.

Elephants signify fertility and if you dream of elephant babies, this may mean changes are about to come into your life. This may include giving birth or getting promotions at work.

Generally, these changes are anything that can add more spice to your life and are related to happiness and success.

6. An elephant in its cage

When you see an elephant in its natural habitat, it could imply inspiration. However, when you dream of a captive elephant, this could represent freedom from the things that hold you back.

Dreaming of dead elephants symbolizes great loss, sadness, and grief. This may involve remembering someone who passed away or someone who gave a great impact on your life.

Elephants support you in many ways. They symbolize peace and they remind you that you are strong enough to overcome whatever is troubling you.

These animals are capable of nurturing, and so you do. They teach you to accept vulnerability and stand stronger and better.

If you are going through hard times, calling this spirit animal will surely help you find the right path.