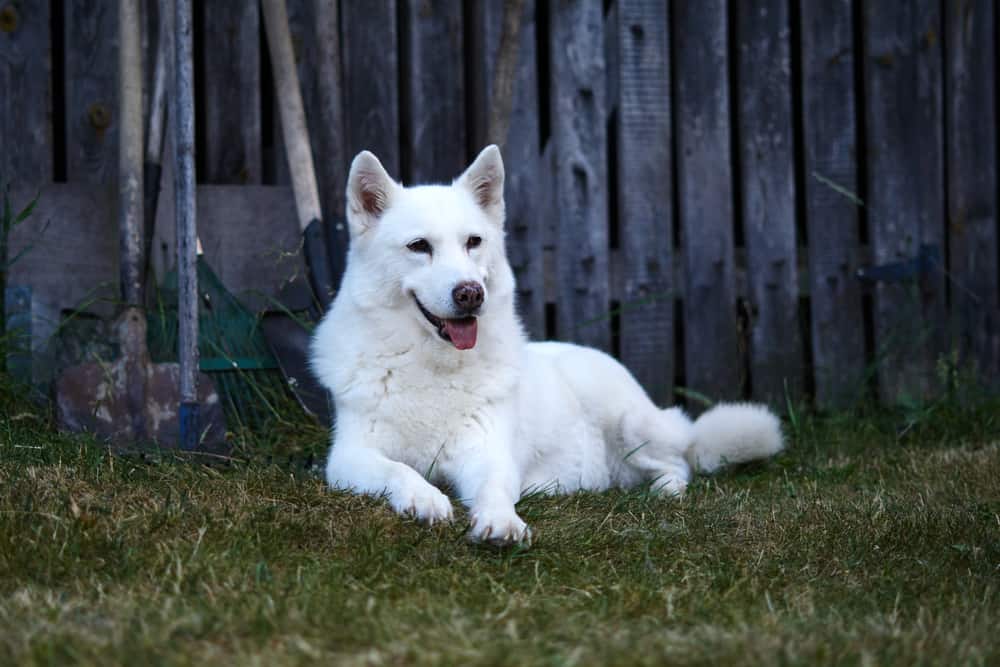 Dogs have been a man’s best friend for a very long time. They were domesticated thousands of years ago by humans who needed help hunting and guarding their homes. Dogs have been found buried with their owners in ancient civilizations around the world, including Egypt, China, and Greece.

The dog is a symbol that has many meanings in folklore and religions all over the world and throughout history. It represents loyalty, protection, faithfulness, friendship, fidelity, and devotion to family members or friends. 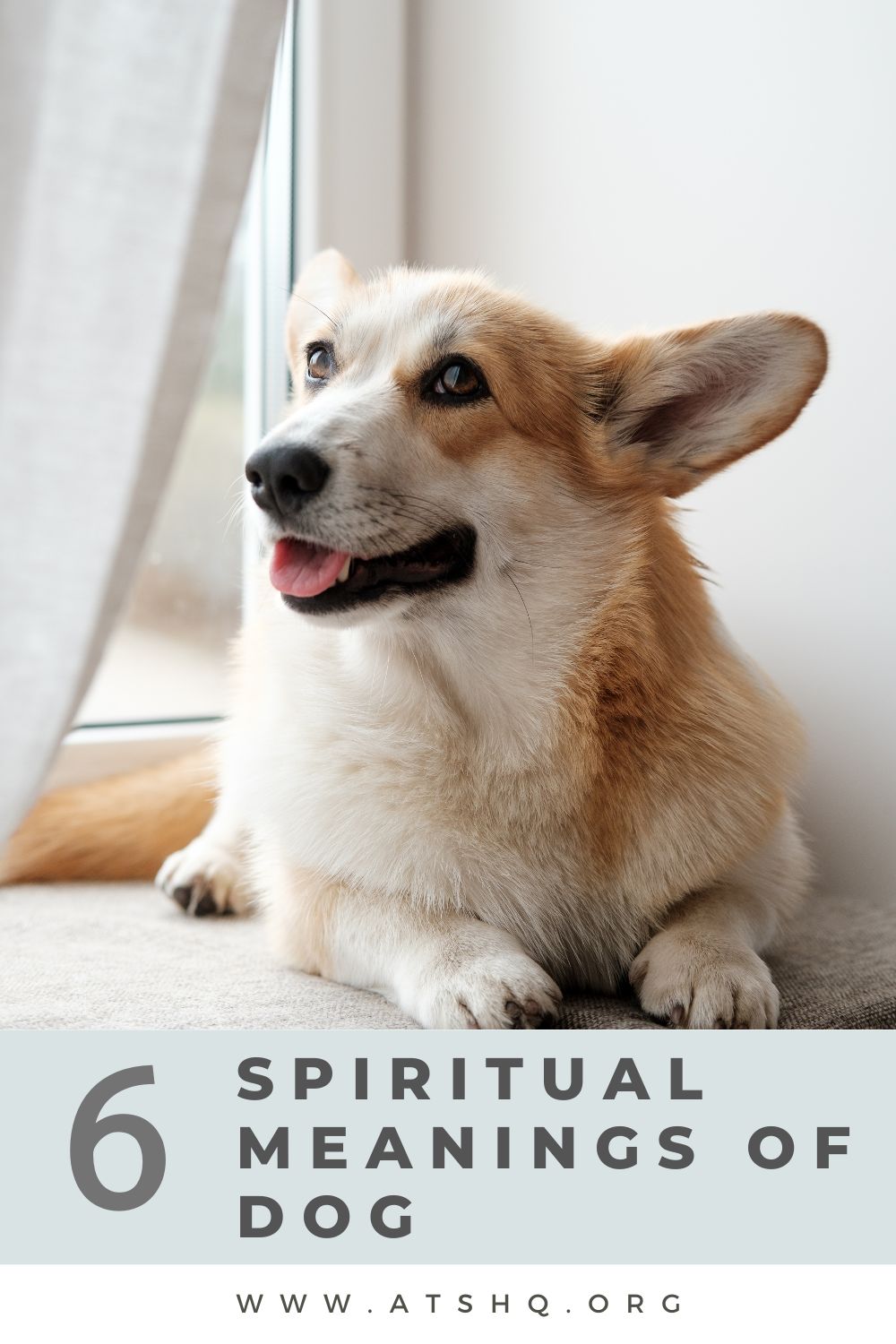 The different meanings of dog symbolism through history

This can be seen in many ancient paintings and sculptures where dogs are shown accompanying people into death as well as being present at funerals.

Dogs have been associated with hunting since ancient times when they were used in battle and for food. The Romans kept large hounds for hunting wild boar or wolves. Dogs have also played an essential role in warfare — many military units have had a canine mascot over the centuries, and sometimes, dogs were even used as warriors.

In Greek mythology, there were three dog-headed deities: Cerberus (the guardian of the underworld that kept the dead from escaping and did not let the living in), Orthrus (a two-headed dog who guarded Geryon’s cattle), and Laelaps (a dog that never failed to catch his prey).

In the myth of Hermes, the Greek god of communication, he was represented by a dog.

In ancient Egypt, the gods were often portrayed with the head of a dog or a jackal. Dogs were thought to be sacred animals that protected souls on their journey through the afterlife. The Egyptian god Anubis was associated with death and rebirth, so often, dead dogs were embalmed and mummified. He was also the guardian of cemeteries, tombs, and funerary rites.

The Egyptians believed that dogs could travel freely between earth and heaven while humans were not permitted to do so until they died. In fact, some ancient Egyptian tombs include paintings of dogs guarding tombs while their owners slept in them overnight or during funerary rituals.

The Celts believed that dogs could see souls leaving bodies at death, so they would keep pet dogs by their bedsides when they were sick or dying so they could greet them on their journey into the afterlife.

Native American tribes associated dogs with the wolf and coyote. The wolf was a symbol of courage and cunning, while the coyote was seen as a trickster with many forms. Dogs were seen as being able to change shape and mimic human behavior.

Dogs were also used in war by native Americans as scouts and sentinels. They could detect enemies before they were discovered by troops or other animals, but they were also used as messengers to carry letters between campsites from one tribe to another.

In modern times, in movies and books, witches are often accompanied by cats. In the middle ages, dogs were thought of as the companion of witches and were often used to help them perform their evil spells, although dogs were also seen as symbols of courage and loyalty. 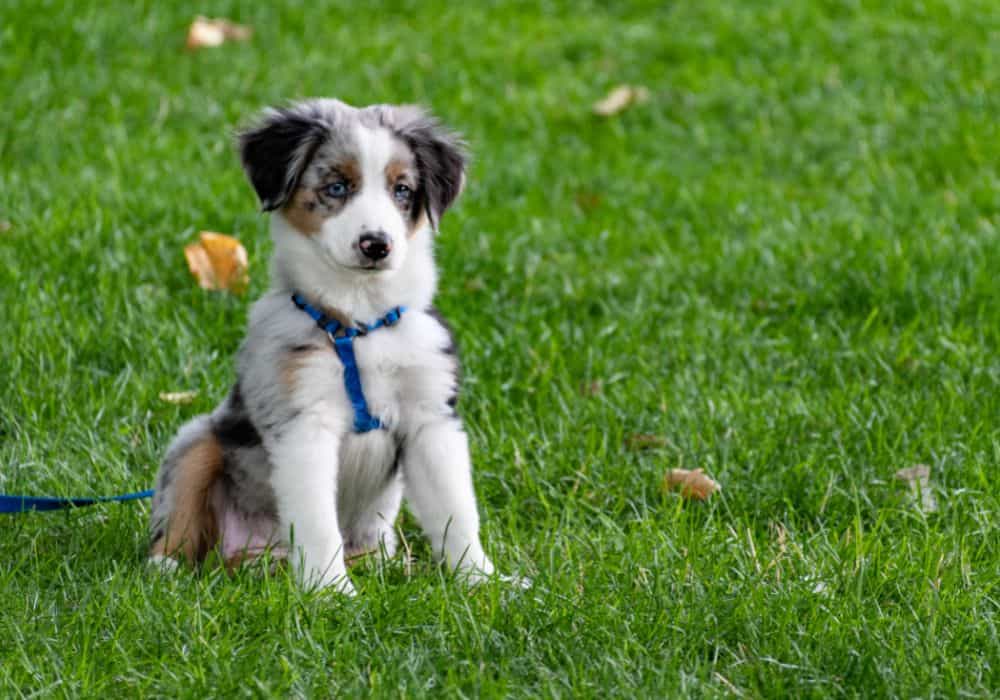 Hinduism: a symbol of loyalty and protection

In Hinduism, dogs are considered holy animals and represent loyalty, faithfulness, and friendship. Some Hindu sects worship certain breeds as incarnations of their gods or goddesses. The most common breed used in this practice is Saint Bernard because it is said to resemble Yama, one of the twelve Adityas (sun deities).

Buddhism: symbols of protection from evil spirits and ghosts

In Buddhism, the dog is the eleventh sign in the Chinese zodiac. This sign is supported by the planet Saturn, which stands for responsibility, commitment, and discipline. The last year of the Dog began on February 16, 2021, and ended on January 31, 2022.

In Tibetan mythology, dogs are viewed negatively due to their status as unclean scavengers in that culture. However, a deity called the “Dog-Headed One” is worshipped by Tibetans as a protector against evil forces.

Jewish religion: a symbol of hope and mercy

According to Jewish tradition, when Noah’s ark came to rest on Mt. Ararat, two dogs were sent out to find land; they returned with muddy paw prints on their feet. This symbolizes that no matter how difficult things may seem, there is always hope for those who believe in God’s goodness and mercy.

The Bible: unclean but useful creatures

The Bible refers to dogs as unclean animals and lists them among those that cannot be eaten. However, dogs were used in hunting and herding sheep and cattle. Dogs were also used as watchdogs at night.

According to the new testament, Christians should not enter homes where there are dogs because they might infect the people with their spiritual uncleanness. References to dogs also appear in connection with the concept of death.

Dogs were often sacrificed on behalf of people who had sinned. 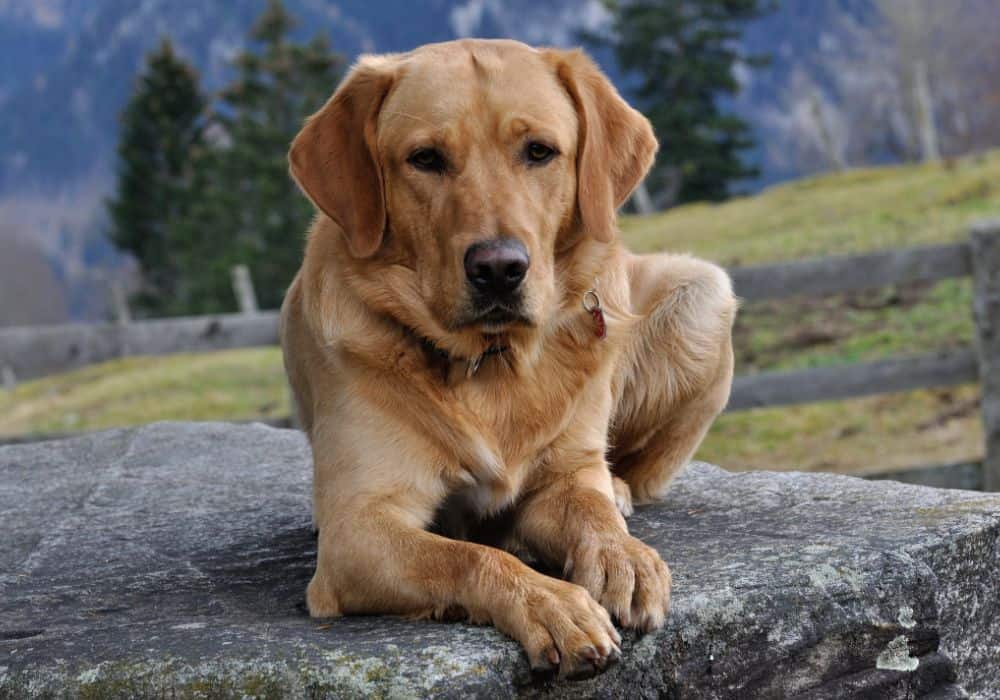 The dog is a popular animal symbol in both western and eastern cultures. Though the meanings of dog symbolism vary between cultures, dogs are often seen as symbols of loyalty, protection, and friendship.

Dogs are beloved subjects for a tattoo

Dog tattoos come in all shapes and sizes, but one thing that they all have in common is that they represent something special to the wearer. They are popular with both men and women to make a statement about their love for their pets or even as a symbol of how brave, loyal or loving they are.

When referring to the spiritual meaning, people often get the image of a large breed tattooed on their body.

The wolfish appearance makes Huskies a popular choice for those looking for a more wild design, and people consider rottweiler tattoos to symbolize security, devotion, and protection.

Owners of a small breed, like a chihuahua or a Yorkshire terrier, prefer to have a portrait of their beloved pooch permanently inked. Or perhaps they want to keep the memory of a deceased loved one alive.

Dogs can even be found among the stars

The Dog Star is Sirius, which is also known as the “Guardian Star.” It was believed that Sirius could protect people from witchcraft and evil spirits. The Dogon people of Mali believe that Sirius B (the white dwarf companion) is the home of the Nommo, who brought civilization to Earth.

Positive image in the tarot

The dog is an animal that is often associated with feminine energy, especially when it comes to nurturing and caring for others. Dogs can be very helpful when it comes to healing, helping people find their way home, or even good luck and finding lost objects.

Still, to this day, the Dog totem animal is one of the most popular totems, and for a good reason. Dogs are faithful and loyal, and they represent companionship and loyalty. The dog spirit animal is also a protector.

The Dog can be an excellent guide through life, helping you make decisions that are true to yourself, even if they aren’t always easy decisions to make.

The Dog is also very intuitive and sensitive, which means they’re often able to sense when something isn’t quite right in their environment — so if you’re feeling anxious or uncomfortable around someone or something, let your dog totem be your guide in figuring out why.

Dog symbolism in art and literature 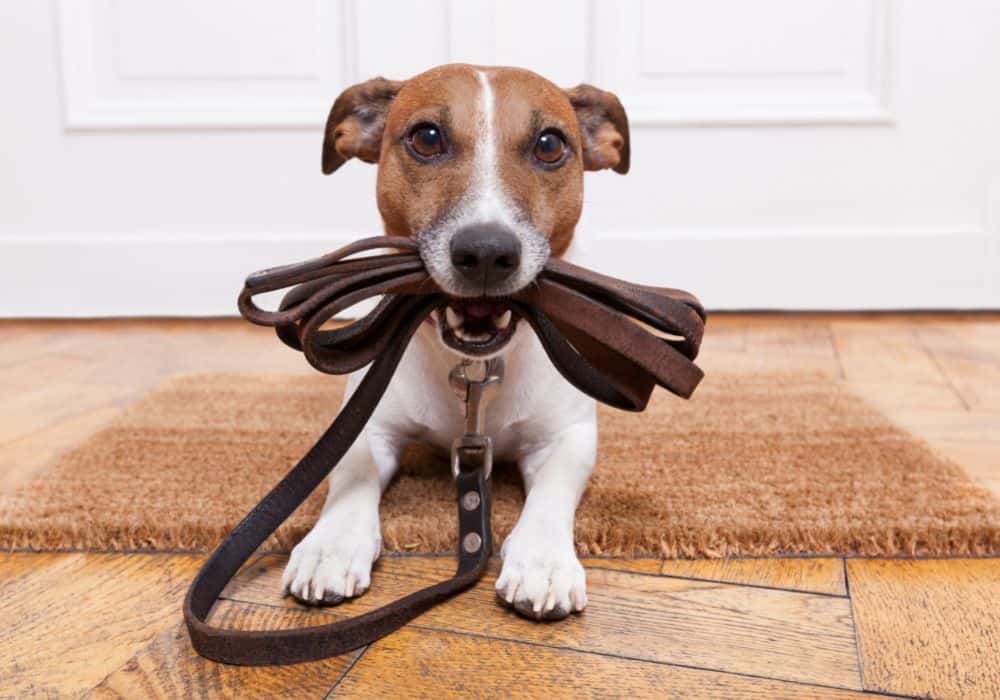 Dogs have been used as symbols in art and literature for centuries. They can symbolize many different things, depending on the context. For example, dogs can symbolize loyalty, protection, and love. They can also symbolize fear, aggression, and evil.

Cujo, for example, is one of the most memorable dogs in literature, but he’s hardly alone. Dogs have taken a major role in many novels and works of art, and they usually get top billing. From Hachiko to Lassie, these memorable canines make their mark on history as well as pop culture.

There are many different races or breeds of dogs, and each one has its own symbolism. Here are some common dog breeds with their meanings:

The Golden Retriever is loyal and friendly, making it an excellent choice for a family pet. The Labrador Retriever symbolizes friendship, unconditional love, and loyalty, making it the perfect pup for any friend or family member who loves dogs.

The poodle symbolizes pride, elegance, and style. The perfect companion for someone who loves fashion or beauty products!

The German Shepherd Dog symbolizes protection, bravery, and guidance. It’s also one of the most popular breeds of dogs in the U.S., making it a great pet for someone who loves animals or wants a guard dog.

The Beagle symbolizes joyfulness and fun-loving behavior. This breed is often used as helpers in therapy because they’re so affectionate and playful, making them ideal companions for anyone who needs cheering up.

What Does a dog dream mean? 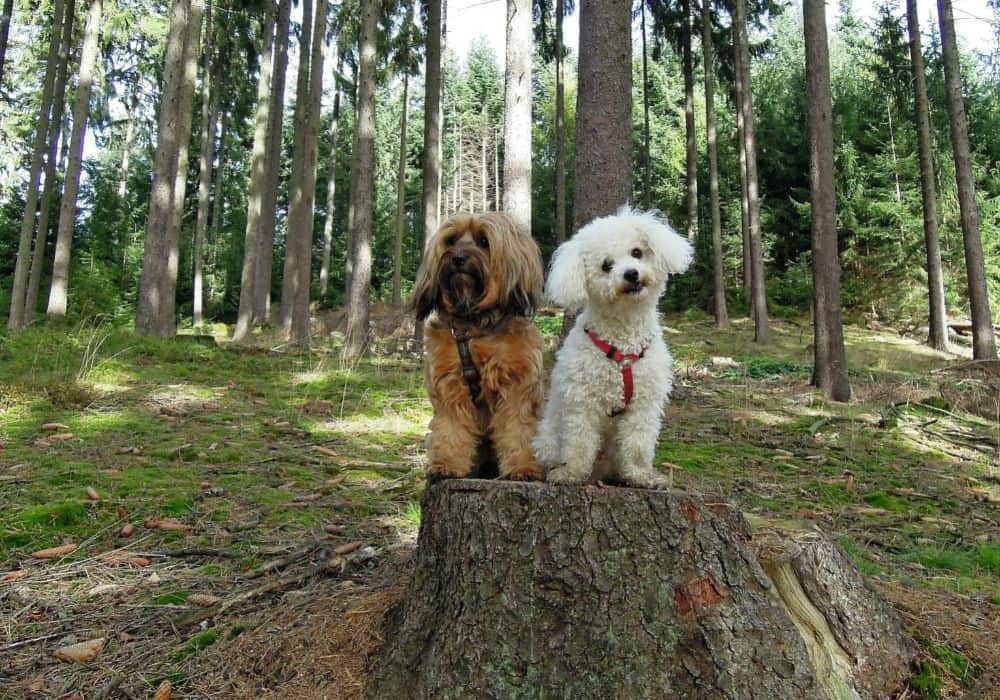 It is not uncommon to dream about dogs, and according to psychologists, these dreams can have different meanings.

In psychology, dogs can represent a lot of different things. There are both positive and negative associations with dogs. For example, dogs can represent security or protection to some people, while others may associate them with violence or aggression.

Dogs are known to be loyal, faithful, and protective of their owners. If you dream of dogs, this may mean that you need someone to be true to you and protect you from harm.

Dogs are known for their watchful nature and alertness towards their environment. If you dream of a dog barking at something or guarding an area, this may mean that you need to be more vigilant about your surroundings and protect yourself from any potential threats.

When it comes to human relationships, dogs symbolize loyalty and devotion in love relationships. These dreams may symbolize a trustworthy friend who will always be there for you when you need them most.

Dogs are used symbolically in all walks of life, from books and movies to ancient religious scriptures. Regardless of whether they’re meant as a poignant representation of companionship or an omen you should be avoiding, dogs show up showing up frequently throughout history and popular culture.

In fact, a good number of our most beloved stories would simply not be the same without man’s best friend playing an integral role. As with any animal, dog symbolism is open to interpretation.