Skip to content
American Tarantula & Animals » Why Do Guinea Pigs Eat Their Poop? (Should You Stop Them?) 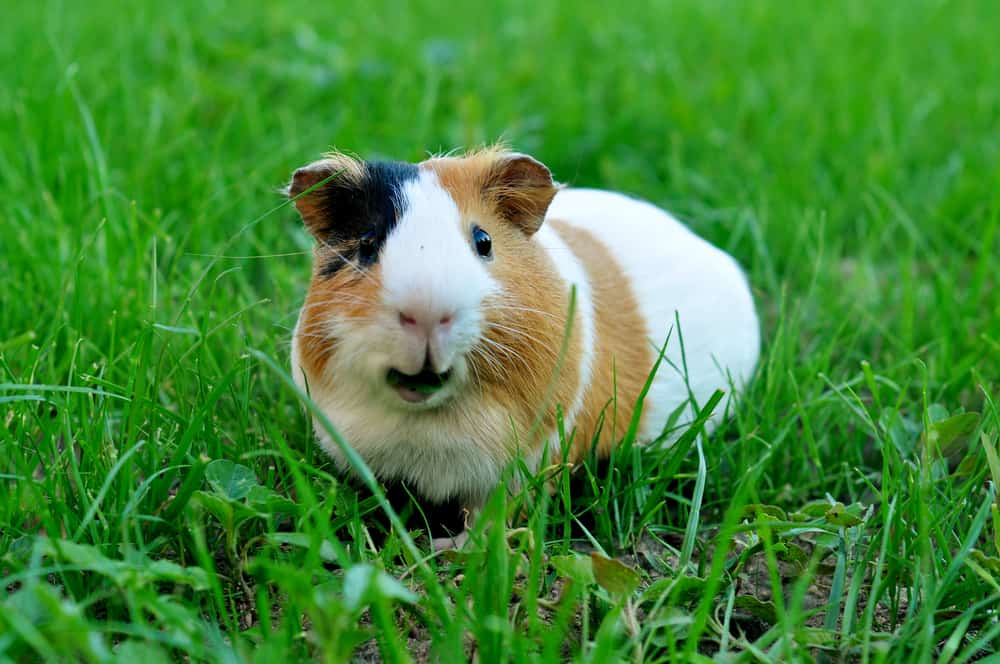 After reading this post today, guinea pigs eating their poop will no more sound despicable to us. We’ve elaborated everything, from types of guinea pigs poop, why they eat it, to various other burning questions on the topic.

Let’s dive deep and find out everything we need to know about guinea pigs and their unusual behavior. 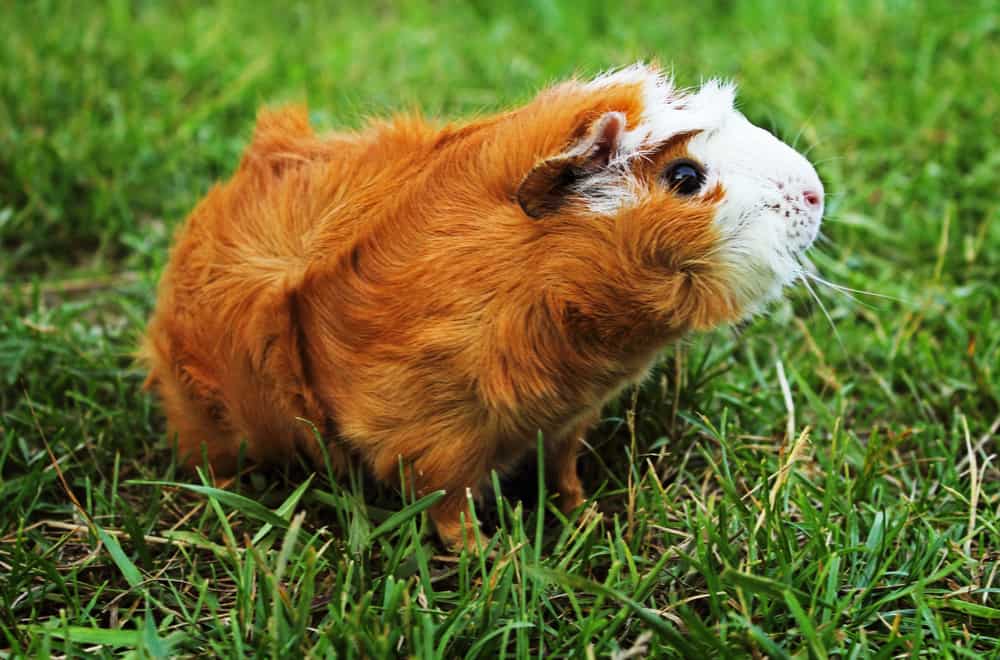 Coprophagy is the practice of consuming feces. Well, the behavior of eating poop in animal and insect kingdoms is not as unusual as you think it is.

You might have noticed flies swarming around feces. Well, they have their own reasons. For flies, besides being a healthy meal choice, feces are one of the perfect and safe places to lay eggs, as they are full of nutrition for their just-hatched larvae to relish on.

Likewise, animals such as rabbits and guinea pigs are also notorious for eating their poop. Their reasons are quite different. For them, a type of specialized poop called cecotropes is food that is waiting to be redigested, and it is imperative for such animals to eat cecotropes.

On the other hand, some animals, such as dogs, have no nutritional or reproductive benefit from poops.

Dogs might get sick from coprophagy and thus, are often discouraged from playing around poops. However, there’s speculation that dogs used poop to disguise their smell from predators before they used to be domesticated.

Why Do Guinea Pigs Eat Their Poop?

Let’s begin by making it clear that guinea pigs don’t feed on every poop they produce. There are two types of poop that guinea pigs produce. First is regular poop, the excreta that exists from the body, and the second type of poop is cecotropes, also called c-poop.

Guinea pigs gain no additional benefits from eating their regular poop. On the other hand, c-poop offers plenty of nutritional benefits. Cecotropes are rich in protein, vitamin B-complex, and vitamin K.

Cecotropes have only lesser fibers than in regular poop, which makes it easier for guineas to absorb nutrients from this type of poop. Without feeding on cecotropes, guinea pigs run the chances of being nutrient-deficient.

Likewise, cecotropes consist of a wide selection of beneficial bacteria that helps to regulate the gut flora in guinea pigs, improving their overall digestive system.

Guinea pigs are herbivores, i.e., their diet is rich in fiber. However, their digestive system isn’t efficient enough to absorb all the nutrients at one go. That is why many herbivores have evolved many mechanisms to increase their digestive efficiency.

For instance, let’s take a look at rumen animals such as cows. First of all, they eat and lightly chew their fiber-rich diet. In the rumen, non-digestible pieces are formed into cuds which are then regurgitated, chewed one more time, and digested again.

In guinea pigs, a similar process called cecotropes or hindgut fermentation occurs. They have a longer digestive system with a large cecum, which hosts a wide selection of microflora.

When guinea pigs eat a fibrous diet, most of the cellulose is broken down by the symbiotic microflora in the cecum. Guinea pigs often expel these beneficial bacteria along with the vitamins and nutrients produced via the rectum. Thus, they ingest these essentials again.

Cecotropes Vs. Regular Poop: How Different Do They Look? 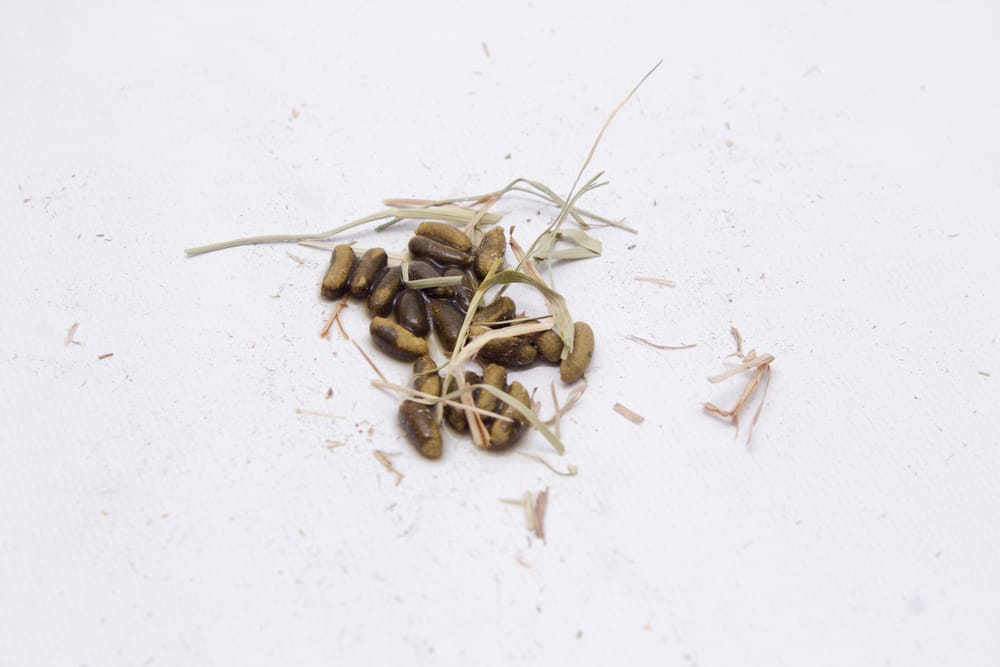 Both the cecotropes and regular guinea pigs’ excreta are oval in shape unless they are dehydrated. However, the color of these two types of poop is quite different. While the fecal poop is dark brown in color, the cecotropes are yellowish or greenish in color.

However, it is quite difficult to witness the cecotropes in such an abundance around the guinea pigs, as they tend to eat it as soon as these cecal poops exit the body.

Should You Stop Guinea Pigs From Eating Their Cecotropes?

No, absolutely not! One should never stop guinea pigs from eating their cecotropes. This behavior should be encouraged instead.

It is understandable that it might look gross to humans, who are repulsed by the order, look, and even the word ‘poop’ itself.

But without eating cecotropes, guinea pigs run the chances of falling victim to serious health troubles. So, distracting them while eating cecotropes or not allowing them to eat the c-poops at all is definitely a bad idea.

How Often Do Guinea Pigs Eat Their Cecotropes?

Guinea pigs have a faster metabolism and poop a lot. So, they tend to eat cecotropes around 150 to 200 times a day. So, you might notice them curling for the snack quite frequently.

Are Your Guinea Pigs Not Eating Cecotropes? 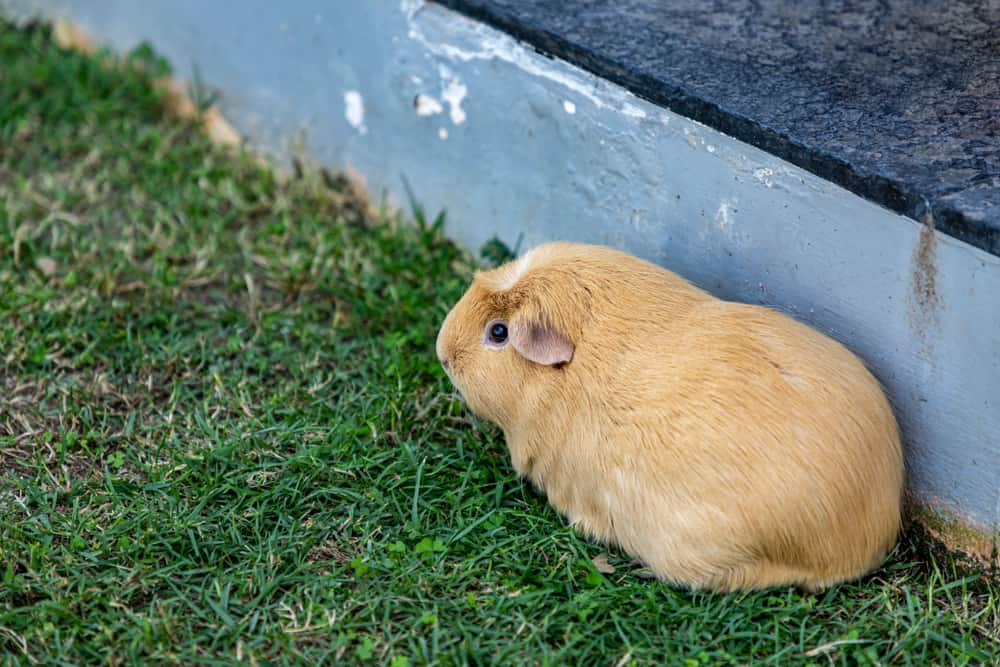 The vet will have to remove fecal and caecal poop manually and administer some vitamins and supplements to preclude guinea pigs from suffering malnutrition. You can easily find these supplements in a pet store, or you can get a pet to administer these to your guinea pigs.

Are Your Guinea Pigs Pooping Too Much?

How much a guinea pig will poop depends upon a multitude of factors such as diet, exercise, water intake, age, and weight.

However, guinea pigs are notorious for pooping too much. They poop numerous times throughout the day and lays around 100 droppings, in general. So, if you’re worried if your cavies are pooping too much, you’re probably taking futile stress.

Guinea pigs pooping too Little Cecotropes: What To Do? 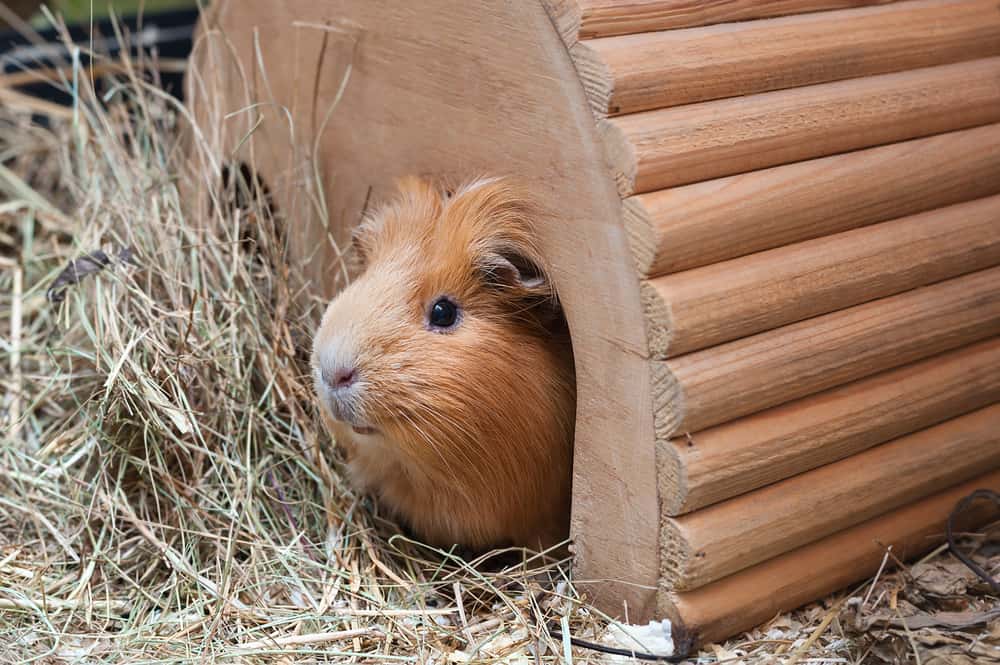 If your guinea pigs are pooping less, you might need to pay more attention to their diet. Consider adding more soft fruits and veggies to their diet. Doing so will help loosen guinea pigs’ bowels. However, don’t feed them too many greens all at once as it can trigger diarrhoea in cavies.

Likewise, the next reason is that your guineas might be dehydrated. So, make clean water easily available to them.

If nothing is helping, consider feeding your cavies probiotic supplements designed for guinea pigs as they might be lacking beneficial gut flora in their caecum. You can feed them poop soup using caecotropes from a healthy guinea pig.

If your guinea pigs are very ill and are resisting eating food, don’t force them. There might be underlying issues such as oral problems. So, in those cases, seeking help from a vet experienced in handling guinea pigs and following their directions is the best way to go. 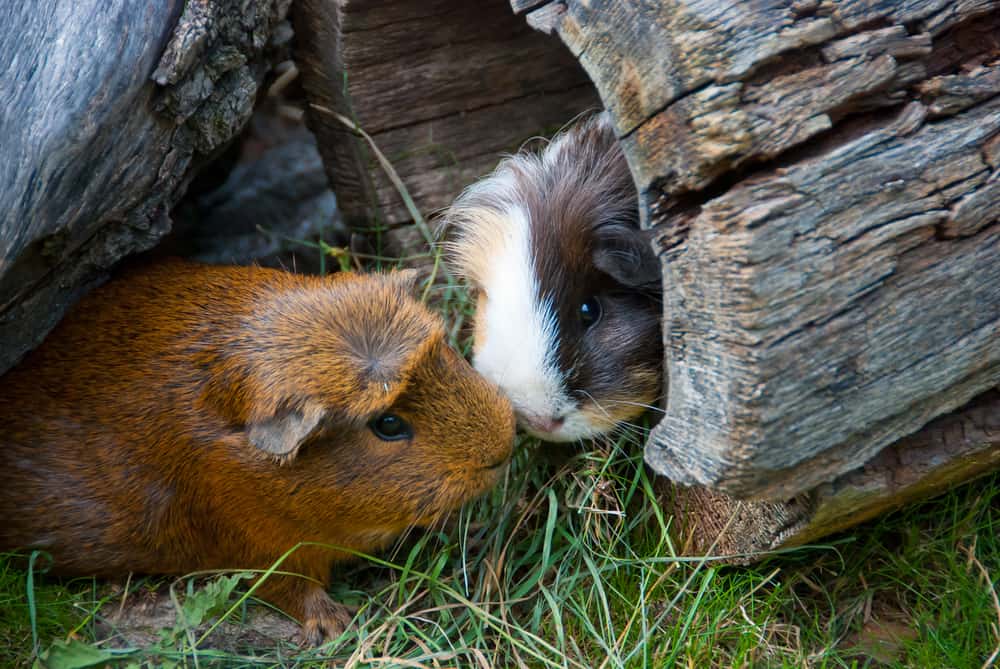 Guinea pigs’ cecotropes are known to have various strains of good bacteria that help regulate their digestive system. In fact, these can even be used to cure ill cavies.

When guinea pigs suffer from a sickness, vets often administer them with antibiotics. However, the downside of these medications is that it kills, both the good and bad bacterias. Like in humans, antibiotics also sometimes cause digestive uneasiness in guinea pigs.

However, feeding such sick cavies with the cecotropes from healthy ones will help them cure faster.

The process is fairly simple, dissolve some c-poop to warm water and feed it to the guinea pigs with the help of a syringe. Many suggest doing so in between the mealtimes to see faster improvement in their health. However, consider consulting with the vet before taking any such actions.

Even if nobody feeds the cecotropes to cavies, they themselves will go sniffing around and eating the poop from their friends’ bottoms.

Now, coprophagy in some animal species doesn’t look so bad, does it? The popular notion that animals eating poop are dirty is absolutely wrong, as it is not the poop they are eating but the cecotropes.

After reading all this information, we believe you’ll stop looking at your cavies with disgust for eating their poop and shower them with lots of affection.