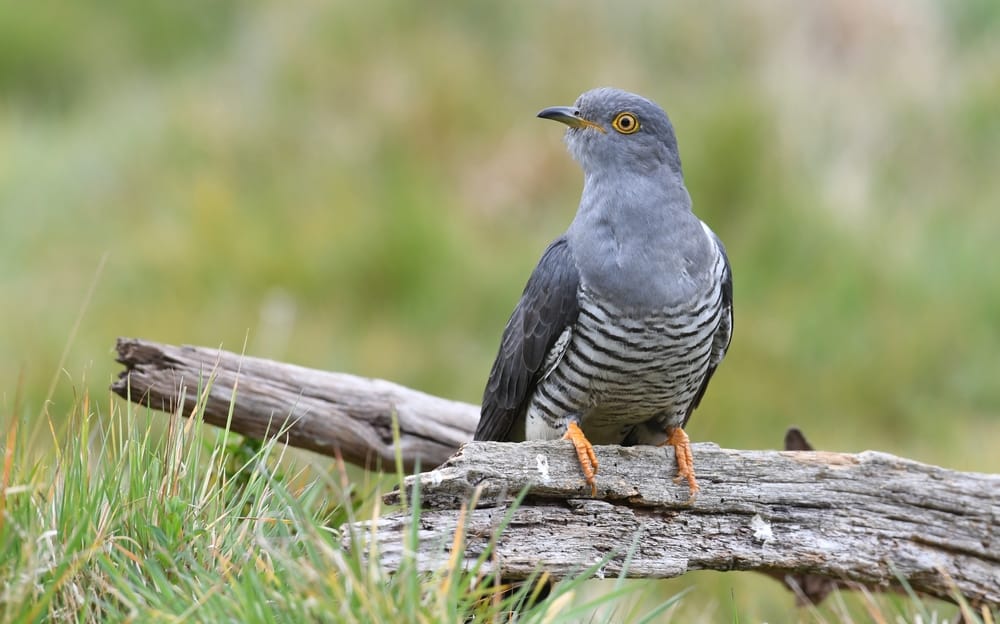 Cuckoos are a family of birds that incorporates 150 species, ranging from the European or common cuckoo to ground species like the American roadrunner. You can find cuckoos worldwide, except in Antarctica. Some species also exhibit large migration patterns.

The distinct characteristic of cuckoos is the unique sounds they emit. Different species have different cries, and the name “cuckoo” actually originates from the call of the common cuckoo and the cuckoo clock. Cuckoos are also known as brood parasites. This means that the mother cuckoo deposits her own eggs in another bird’s nest and lets it raise her offspring.

In this article, we’ll examine the symbolism behind the appearance of cuckoos and what it means to have the cuckoo as a totem, spirit, or power animal.

Keep on reading to learn more about cuckoo symbolism! 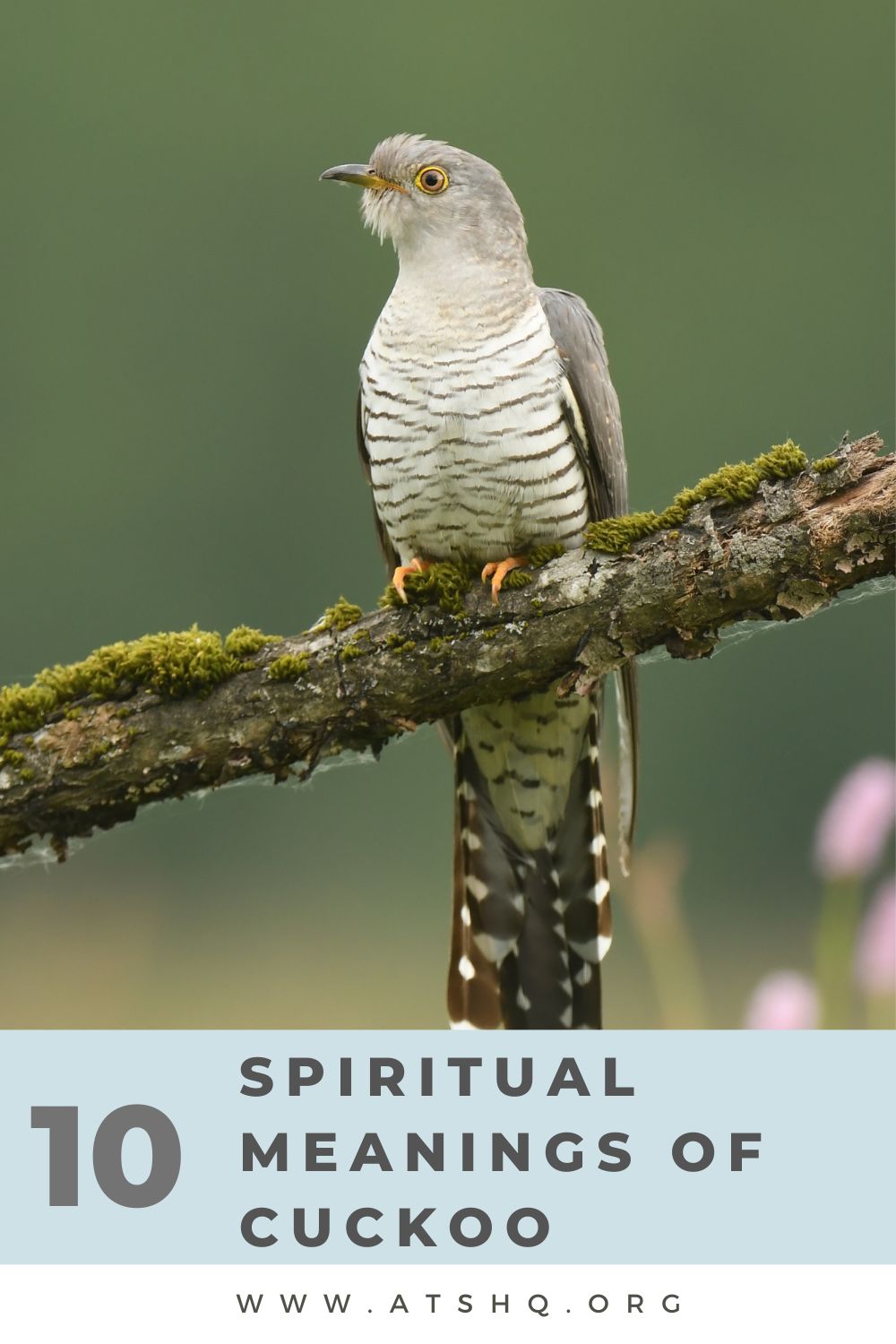 Cuckoos’ ubiquity and unique traits have given them several different meanings and symbolisms in many cultures. Some of the most important ones are:

Since cuckoos have been around for ages, they play a significant part in several civilizations’ mythology and folklore tales.

The cuckoo is a very prominent figure in Greek mythology, primarily as the sacred bird of the goddess of marriage, Hera. Also, in one mythological tale, Zeus transformed into a cuckoo to impress and win the heart of Hera.

In the famous work “The Birds” by Aristophanes, the cuckoos play an essential part. They try to build the so-called “cloud cuckoo land”, a place where they could live and be the mediators between humans and gods. That’s also where the idiom “cloud cuckoo land” comes from.

Finally, Pliny the Elder wrote that the cuckoo call was enough to safeguard an area from pestilence.

In Indian mythology, cuckoos are highly regarded because their arrival corresponds with the beginning of the monsoon season. Therefore, these birds often symbolize the dawn of a new year, fertility, and hope.

The cuckoos also have a deep connection with Indian spirituality. The deity Jayakara is often depicted as the rider of a chariot that cuckoos move. Also, a legend says that the goddess Sati spent one thousand years in the form of a cuckoo before returning to her original shape.

For the Iroquois people, the cuckoo symbolizes laziness since the bird refuses to build a nest or raise their offspring. There is an old Iroquois folktale about a lazy father who didn’t want to hunt for his family and relied on other hunters to bring the game to the village.

His son constantly asked for food and eventually threw a tantrum, which caused the father to strike him. At that moment, a cuckoo flew down from the sky and removed the man’s laziness, along with his son. Thus, the lazy man was eager to hunt for his family, but he only had the bird as his companion.

In Japanese mythology, you’ll sometimes find cuckoos as omens of bad luck and disaster due to their association with the dead. The Japanese consider the cuckoo’s song as a call of desperation by the dead to rejoin their loved ones. The cuckoo is also often connected to the beginning of spring, unrequited love, and desire.

Celtic folklore considers the cuckoo a traveler between worlds. Some believe that this trait makes it an omen of death. The cuckoo’s call is even viewed as a call to the dead. Others believe that the bird has the ability to determine how long an individual will live.

Other Celtic people believe that there’s meaning to the direction of the cuckoo’s call. If the sound comes from the West, it foretells good luck, whereas if it comes from the East, it provides consolation. A call from the North signifies sorrow, and a call from the South means death.

Other than mythology, cuckoos are also prevalent in other aspects of our daily lives. 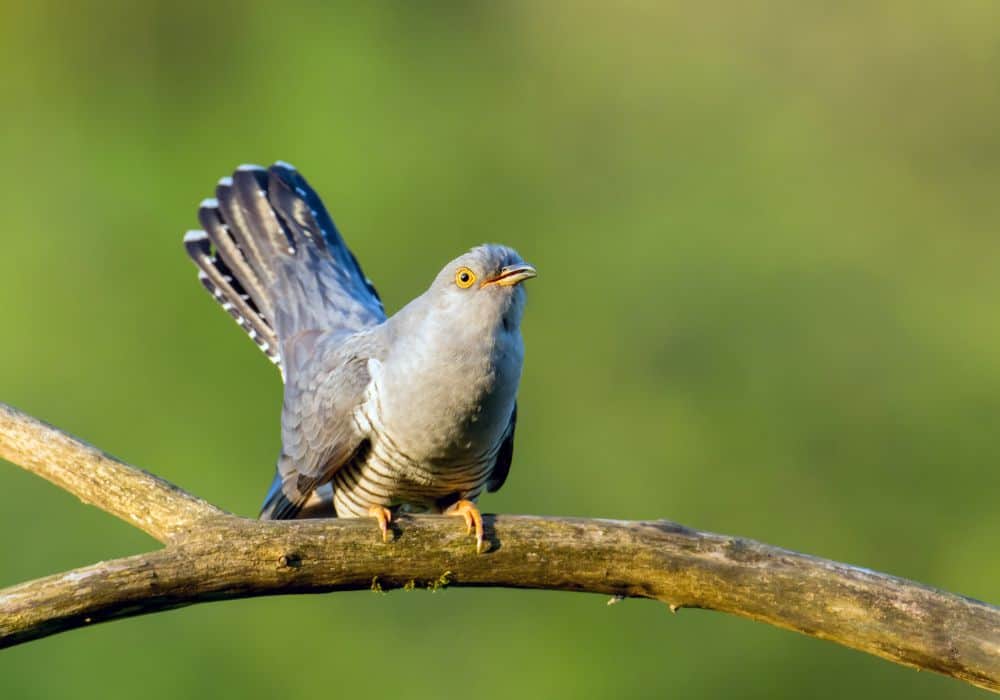 Since cuckoos are birds that live in solidarity, seeing a cuckoo in your dreams may signify that you’re suffering from loneliness. If you’re an overall shy person, the call of the cuckoo in a dream might be a reminder for you to express yourself more and try to communicate with more people.

Additionally, if you hear a cuckoo call in your dreams, it’s probably a sign that you’ll soon receive some news. If you manage to capture a wild cuckoo, it could be a sign that you have discovered something unknown or that you will achieve one of your life goals.

If you see a particular type of cuckoo, it may have different interpretations. For instance, a roadrunner in your dreams indicates that you might be trying to avoid some issues in your life. Consider taking a step back, reevaluating some aspects of your life, and facing your fears.

Remember that every tattoo can have a different meaning depending on each unique individual. Also, a cuckoo tattoo can signify any of the traits that the creature itself possesses. A common interpretation of a tattoo of a cuckoo is the concept of family.

Most cuckoo birds are left to fend for themselves by their family members. This augments the solidarity aspect of the bird’s life. Similar to cuckoos, some people are also abandoned by their families and find new ones through friends and associates.

Cuckoos also play a significant part in spiritualism and can have many different interpretations.

If you discover the cuckoo as your spirit animal, you’re most likely a highly introverted and often misinterpreted individual. It’s also likely that you have a lovely creative side that you struggle to express to others for fear of being misunderstood.

Because the cuckoo call is so sudden and distinct, it often signifies unexpected but important news that will affect your life. You should also pay close attention to the words and actions of your associates, as they might convey important information about you.

If you can visualize your cuckoo spirit animal, pay close attention to its beak, as it can give you a hint about how you communicate and present yourself to others. A black beak means that your tone and demeanor are often harsh. On the other hand, a lighter color beak signifies a more laid-back and friendly tone which can help you reach your goals.

Finally, since the cuckoo often migrates or deposits its eggs in foreign nests, the sudden appearance of a cuckoo spirit animal might signify living environment changes. 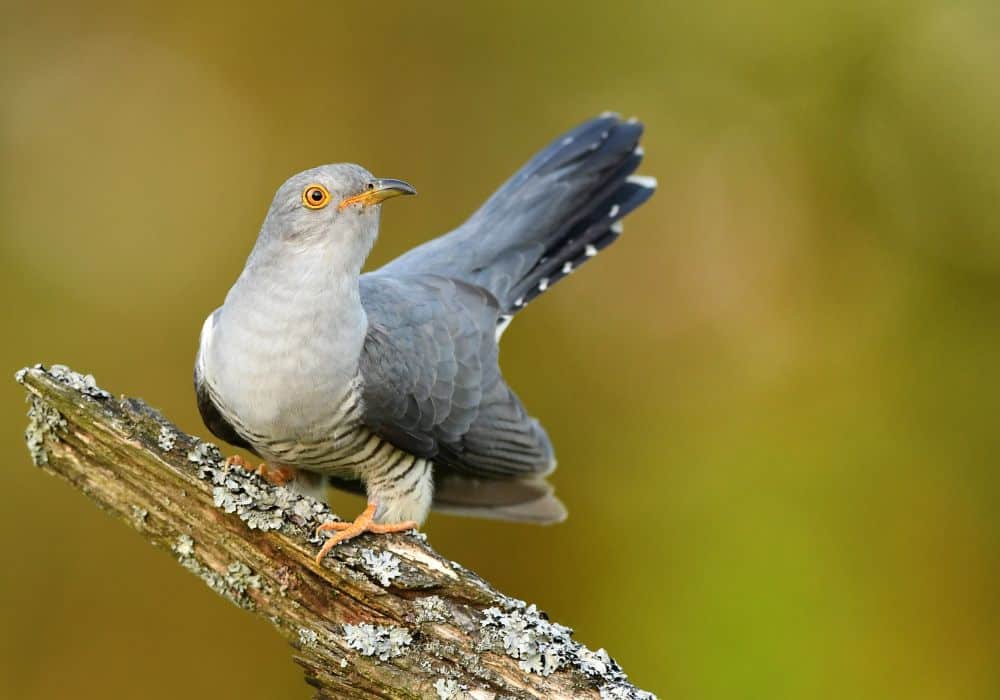 If you have the cuckoo totem animal, it will provide you with some necessary traits in life like balance, adaptability, and intuition. Just be careful to not fall victim to the “cloud cuckoo land”, as the world is not so idealistic and polarized as you might think.

While the cuckoo is considered a parasite for other birds, it maintains the equilibrium by often being beneficial to the host bird’s survival. It achieves this by secreting a repulsive smell that drives predators away. Just like the cuckoo, you always look to balance your life and not disappoint anyone.

Also, the cuckoo totem animal enhances your instincts and allows you to survive and thrive in different conditions. When the conditions are no longer favorable, the cuckoo will give you the intuition you need to adapt and make them advantageous again. Or, if you need to get far away from things, you’ll have the necessary adaptability to prosper in your new location.

If you’re having trouble with belonging or blending into a group, you can call upon the cuckoo power animal. Just like the bird’s eggs blend in with the host’s egg, you’ll be able to fit into groups better. Furthermore, if you struggle to express your creativity or identity, the cuckoo will help you understand and present yourself to others.

If things seem like they don’t make sense, the cuckoo power animal will allow you to view them from a clearer perspective and understand them. Also, it will help you visualize and explain any bad omens that might come your way.

Finally, if you feel like you’re unable to listen or communicate with others, the cuckoo will provide you with the necessary assertiveness and active ear to interact with your peers.

Cuckoos have a notorious reputation for being parasites or bad omens throughout several cultures. However, in some cases, these birds are simply misunderstood. While a cuckoo might sometimes be a harbinger of bad news, it’ll most often help you realize who you really are and allow you to express yourself.

When you’re struggling with life circumstances, you can call on the cuckoo spirit to help guide you and provide the clarity to make the right decisions.