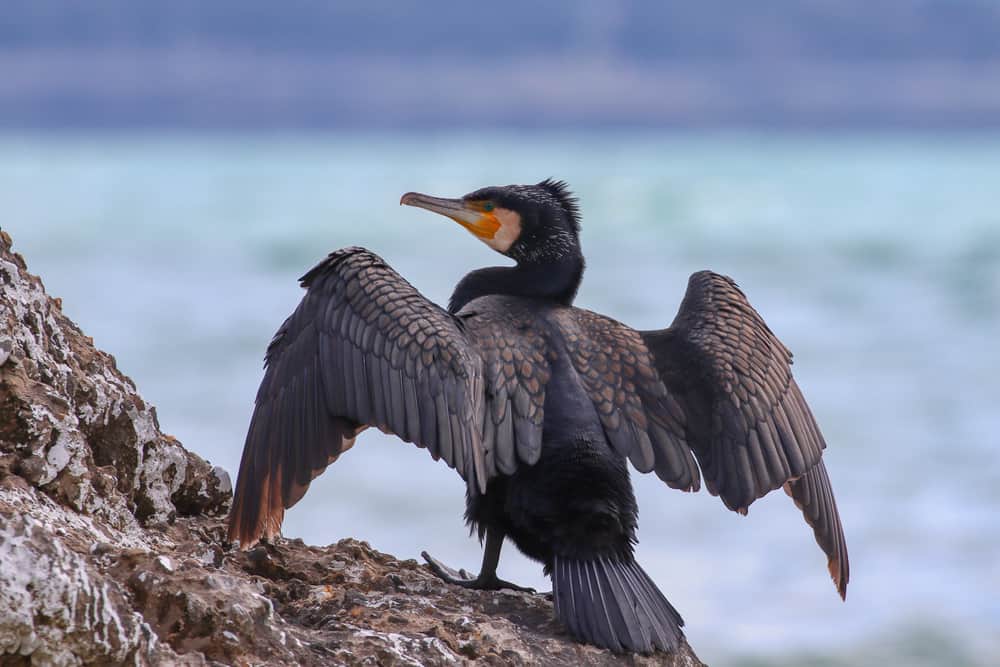 When it comes to spirit animals and symbolism there aren’t many birds more relevant than the cormorant. These magnificent creatures are steeped in mythology and legend, with many tales leading people to believe they have powers beyond what meets the eye.

On the face of it, they are attractive-looking birds that live by the water, but when you take a deeper look at them you will find all sorts of intriguing stories and myths surrounding them. In this article, we are going to explain more about the cormorant and look at how certain people look to them as inspiration as spirit, power and totem animals. 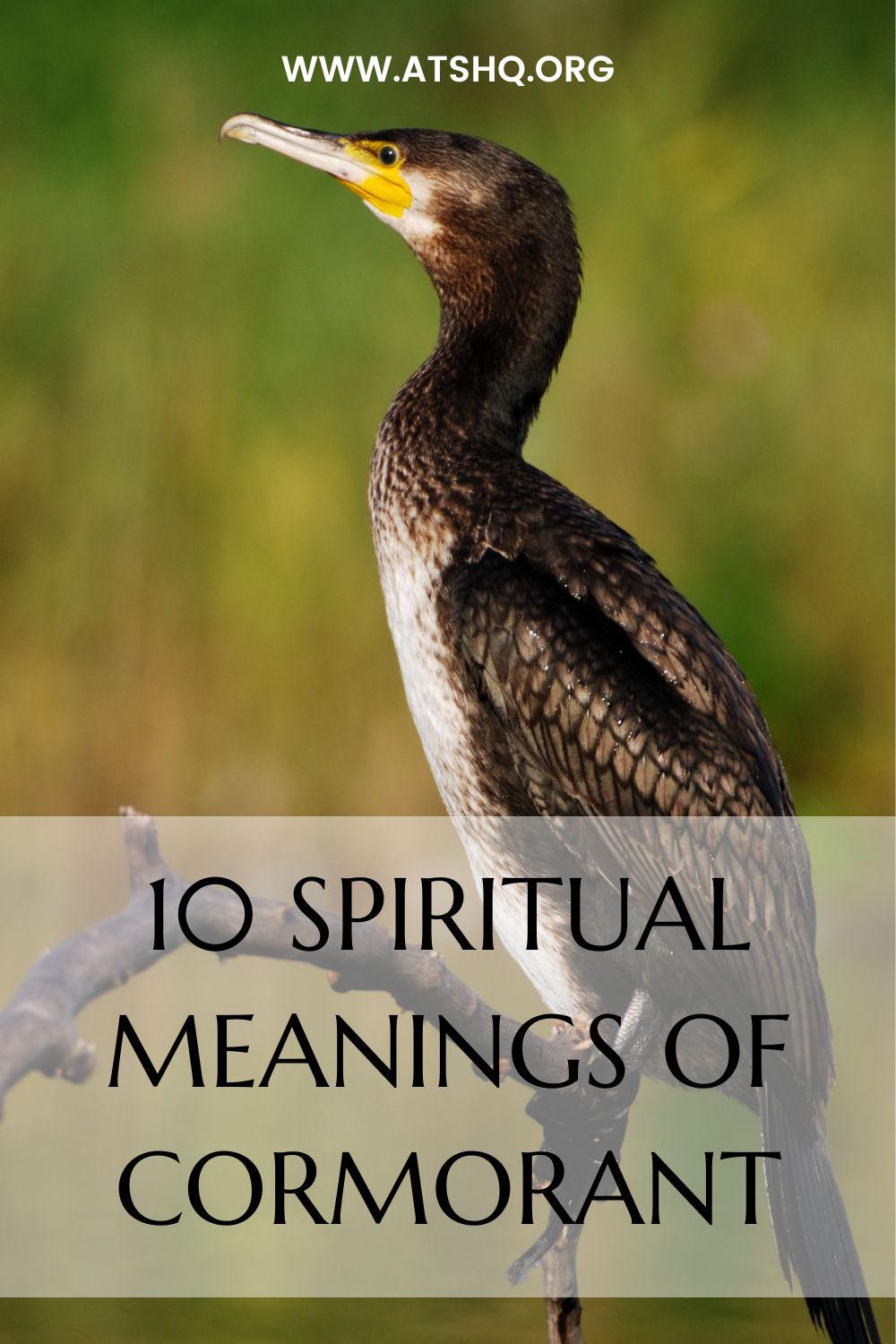 Sometimes known as the sea raven, cormorants are large, black birds that can always be found lurking around water or on cliffs in coastal areas. You will be left in no doubt that you have come across a cormorant due to its long, reptilian neck and widespread swings which are often held outwardly. Their appearance is considered to be quite sinister by many, with a lot of people left feeling intimidated when coming across them.

One really cool feature of cormorants is the fact that they can swim meaning they have adapted to live on land, in the air and in water. When swimming, they float with their heads above the surface, waiting to pounce on any fish nearby.

The only other bird that some people get cormorants confused with are shags, however, cormorants are actually significantly bigger and thicker than shags. In water, this can be difficult to tell so keep an eye out for their bill which is more pronounced on a cormorant.

Cormorants live almost exclusively off fish, which they go hunting for on a daily basis. They aren’t particularly fussy when it comes to the type of fish they eat, typically just going for whatever they can get their beaks on.

These aquatic birds employ various different fishing techniques depending on the situation at hand and are widely regarded as excellent fishers. In fact, they are so good at fishing that they are considered to be annoying for fishermen as cormorants have the potential to take all of the fish for themselves. If you are trying to maintain a pond with aquatic wildlife in it then keep them away!

One of the most popular techniques that cormorants employ for hunting is to zip through shallow waters, sweeping through as many aquatic creatures as possible. They are also adept at diving down to the seafloor and picking up wildlife from there too. Some cormorants can even dive to a depth of around 150ft, displaying that they can hold their breath for a long period of time when necessary.

Cormorants Symbolism Across The World 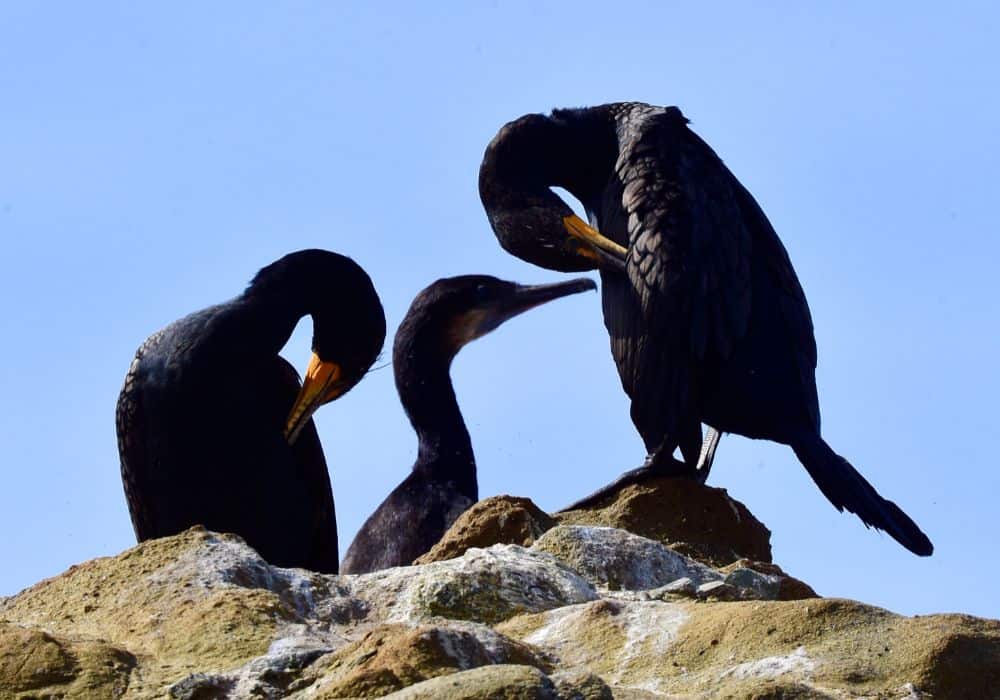 Despite being renowned birds on coastlines all over the world, Cormorants are perhaps better known for symbolic reasons. Different parts of the world all interpret the symbolism behind these magnificent birds differently, which we will now look at.

The symbolism of cormorants in Great Britain stems back to the epic poem ‘paradise lost’ written by John Milton in England in the 1600s.

In the poem, Satan takes the form of a cormorant to disguise himself to enter the Garden of Eden to tempt Eve. Ever since, cormorants have been symbols of evil, deception, and greed in British religious communities.

Cormorant symbolism follows a similar trend in Ireland, where the site of a cormorant on top of a church steeple is seen as bad luck and/or a warning of impending doom.

European cultures associate cormorants with greed and misfortune. This is more than likely because of the disdain that European fishermen hold towards them.

In this part of the world, cormorants have always been highly regarded for their diving abilities. While in Europe, fishermen tend to think negatively of cormorants, Japanese fishermen use them as companions during Ukai fishing trips. The cormorant is therefore a symbol of success and companionship in Japan.

The symbolism of cormorants in Scandinavian folklore is arguably the most powerful. In this part of the world, cormorants are said to symbolize the spirits of those who have died at sea. In Scandinavia, if you see three cormorants together then you are to believe that a dead loved one is sending you a message.

Cormorants have historically featured in ancient art in Central and Southern America. The art has typically been flattering, suggesting that the bird has a positive symbolism in this part of the world. 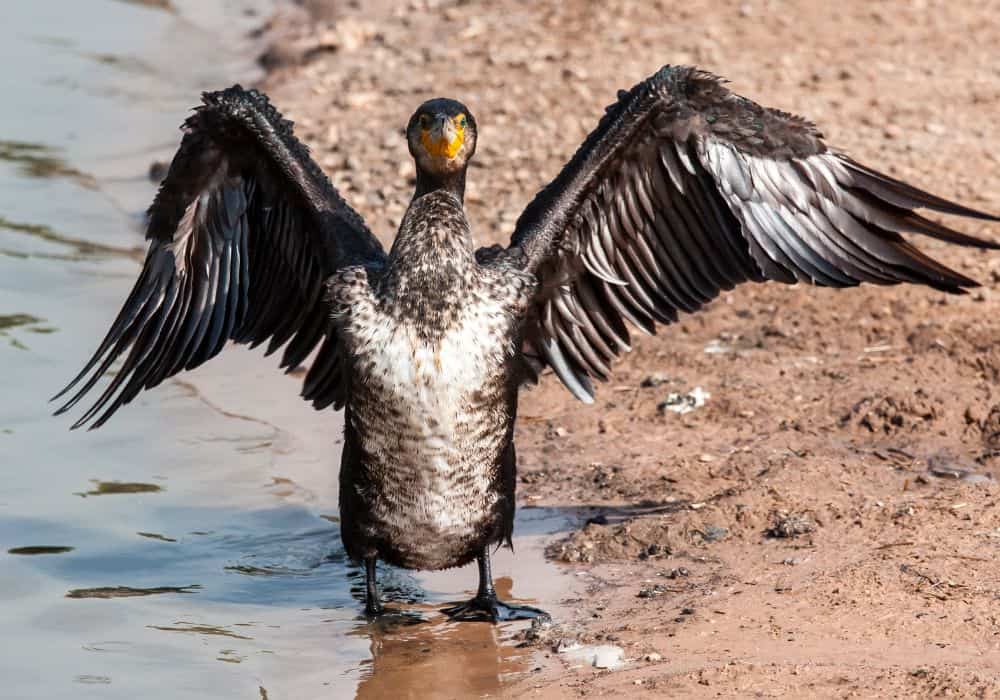 While we can clearly see that Cormorants are very real beings, they are also featured in mythology.

In the Greek tale of Ulysses, a sea nymph masquerades as a cormorant to help Ulysses when a storm breaks his raft. The cormorant is seen as one of the heroes of the tale as, without its help, Ulysses wouldn’t have made it back to shore.

As touched on earlier, myths in Scandinavia speak of how those who die at sea are able to visit loved ones and their former homes in the form of cormorant. While this may well not be true, it can give great comfort to those in Scandinavia who come across cormorants while in mourning.

In Polynesian mythology, Maru-Tuahu referenced cormorants as the most handsome of all creatures and tried to make himself look like one by dressing himself up in feathers to seduce two women to marry him.

Totem animals are said to be the spiritual symbol of either an individual or an entire family/tribe. Your totem animal is meant to help guide you through your life and then be passed on to your descendants.

If you have a cormorant totem animal then you are going to be an over-achiever and someone who takes the initiative to get what they want. Others may think that your dreams are impossible but you will go out of your way to accomplish them.

Due to your ability to get things done well and quickly, you will be susceptible to being taken advantage of by lazy people. You will need to take some time out throughout your life and career to ensure that you aren’t being exploited.

Power animals should be treated as valuable friends/allies that you can call upon during times of need. They can help you to navigate certain challenges and obstacles and should be used as teachers who can tell you more about the world.

If you have a cormorant as a power animal then you should call upon it if you are feeling held back in any sort of situation. Regardless of whether you are being held back by another person or by a work situation, your cormorant power animal will be able to help you out.

If you’re struggling to find the motivation to reach your goals then the cormorant’s power will help you to get over this. Cormorants have plenty of experience in reaching depths beyond what others ever expected from them, so they are the perfect power animal to help in these sorts of scenarios.

While spirit animals have been used for comedic value in recent years with people claiming their spiritual animals are all sorts of physical beings, some cultures put great importance on spirit animals.

These animals are meant to connect with you on a deeper level due to shared characteristics and will randomly appear to you to send you a certain message or to act as a spirit guide.

If you have a cormorant spirit animal and one appears to you then they will likely be sending you a message to either: 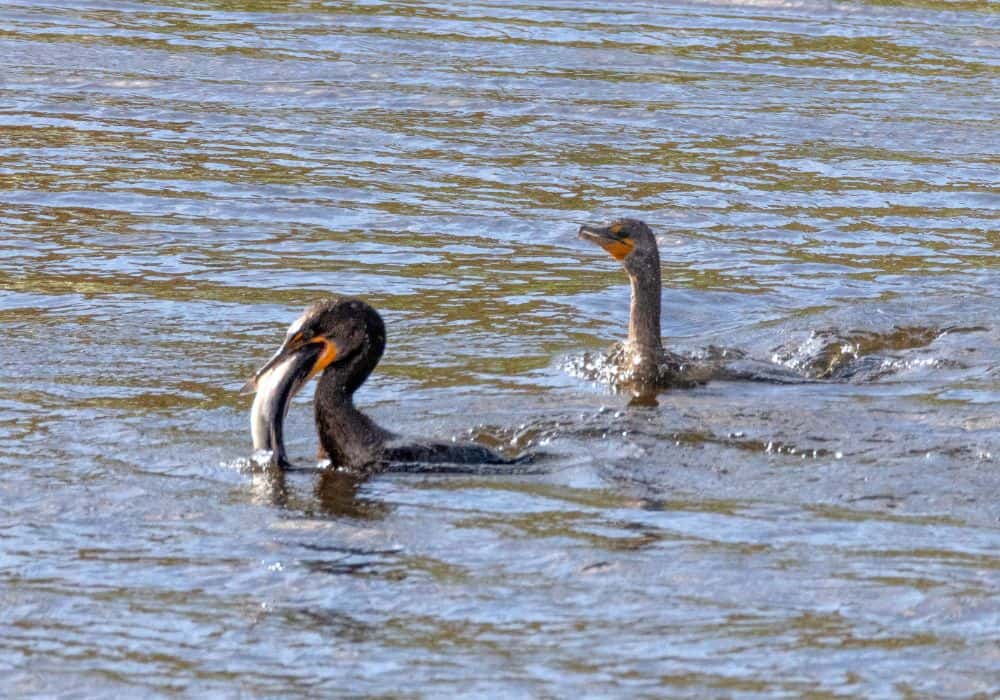 Strangely enough, many spiritual people across the world report that they often dream about cormorants. While dreams may seem random to a lot of people, there may well be a hidden meaning behind why you are dreaming about cormorants.

If you are having cormorant dreams then it could mean that you are conjuring up a plan in your sleep that will provide you with great success. A cormorant appearing in your dream may well also act as a reminder to help you to keep going with whatever you are working on or planning if you are suffering from self-doubt.

Basically, if you see a cormorant in your dreams then you shouldn’t take it as just a coincidence and you should explore the reasons behind this.

To conclude, cormorants truly are one of the most fascinating types of birds on the planet. Not only can they swim, fly and walk but they are also steeped in mystery and mythology which make them so fun to investigate.

Next time you find yourself in a coastal area, keep an eye out for these large black birds and consider what they symbolize to you. Who knows, you may well end up realizing that they are your spirit, power, or totem animal.