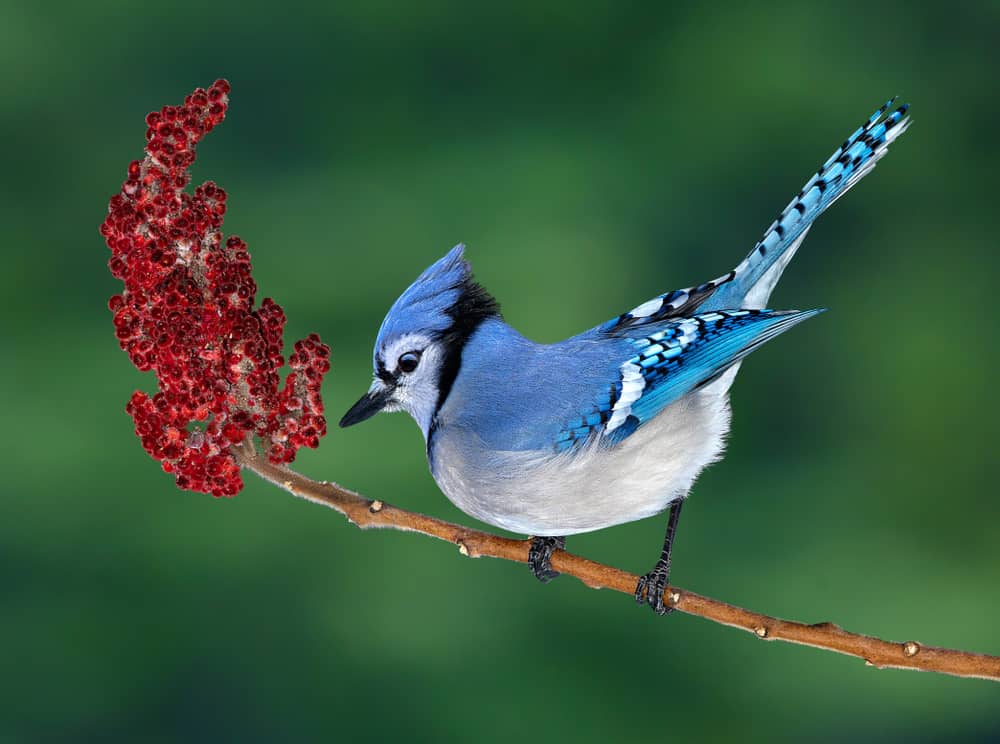 Blue jays are an awesome animal to draw inspiration from. These gorgeous birds have a very strong animal spirit and are infused with lots of great meaning and symbolism. Having a blue jay totem animal can bring you lots of comfort and strength. At the same time, delving into the varied symbolism of the blue jay can be confusing at first as this colorful forest creature can be seen as an omen of many different things and people even often disagree about this or that characteristic of the blue jay.

So, we thought we’d go over the main aspects of the blue jay symbolism and what you need to know if you want a blue jay spirit animal, a blue jay tattoo, or if you’re just noticing more and more blue jays in your life as of late and you’re wondering what’s that all about. 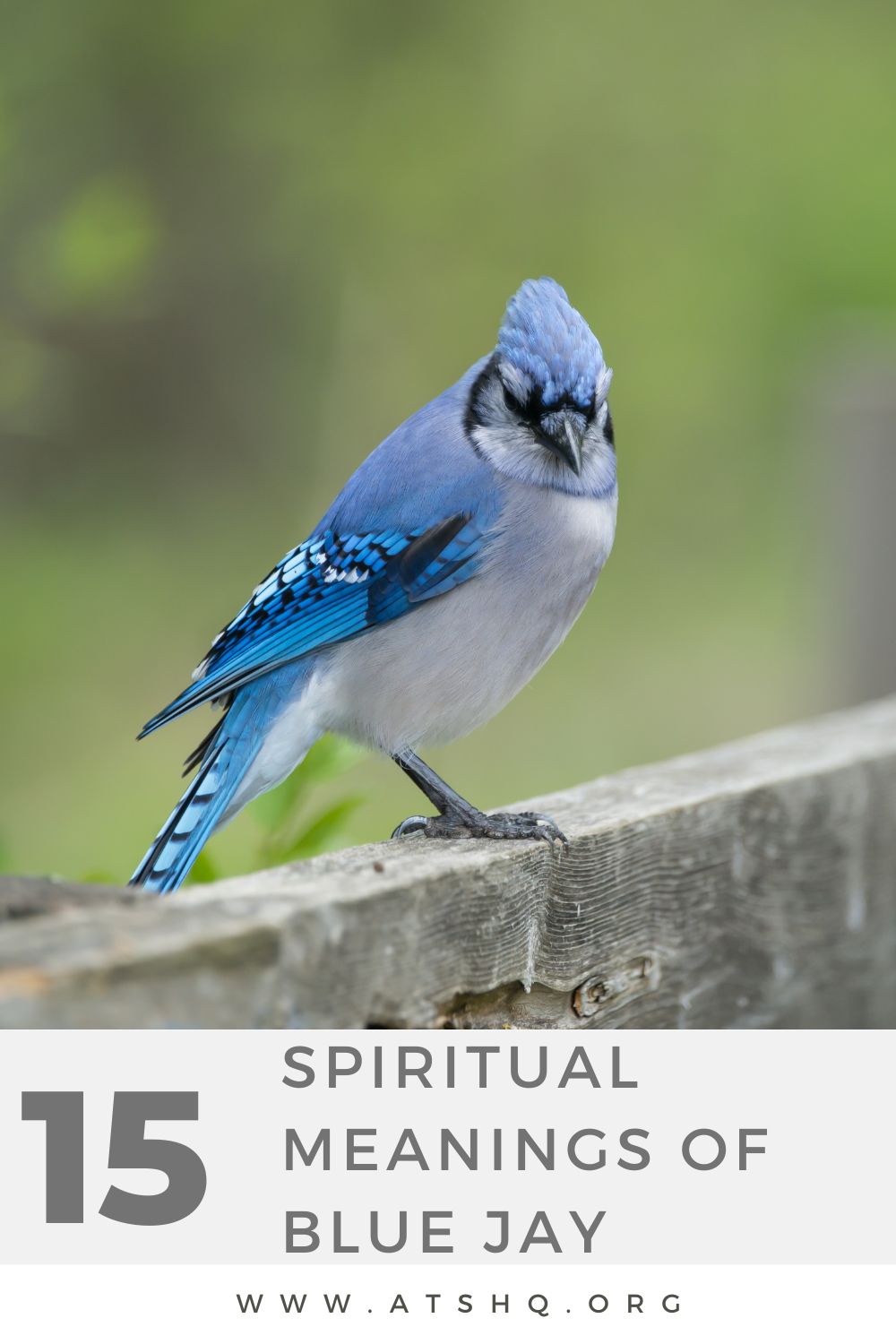 The symbolism of the blue jay

It’s hardly a surprise that a bird as colorful and gorgeous as the blue jay would have lots of symbolic meaning associated with it. Yet, the various types of symbolism people ascribe to the blue jay are far from associated just with its looks. So, let’s go over the 8 main points of blue jay symbolism and what the logic behind them is:

The color blue typically represents inner peace, awareness, and intuition. So, it’s no surprise that the blue jay is strongly associated with all those qualities, especially intuition. That’s why people often ascribe a lot of meaning to it and suggest that the blue jay’s guidance is followed – because it’s a sign that we should follow our intuition.

The blue jay is a gorgeous and brightly colored animal, with other jay birds also impressive with their powerful and commanding colors. As such, this cheerful and full-of-life bird symbolizes a life marked with vivid colors and various beautiful experiences.

And it’s not just the blue jay’s color either – blue jays love to sunbathe, they are very physically active and lively, and they always seem like they live life to the fullest.

One of the most significant qualities of the blue jay has nothing to do with its feathers but with its voice. These birds are incredibly vocal and love to sing as much as possible throughout the day. This is why they are often seen as a symbol of open and clear communication. What’s more, they also have the color of the throat chakra.

Through their beautiful voices, blue jays are also believed to often bring us warning or clarity about upcoming dangers or major life events. Listening to a blue jay is therefore believed to be very recommended if you want to achieve spiritual awareness and always be in touch with the world around you. 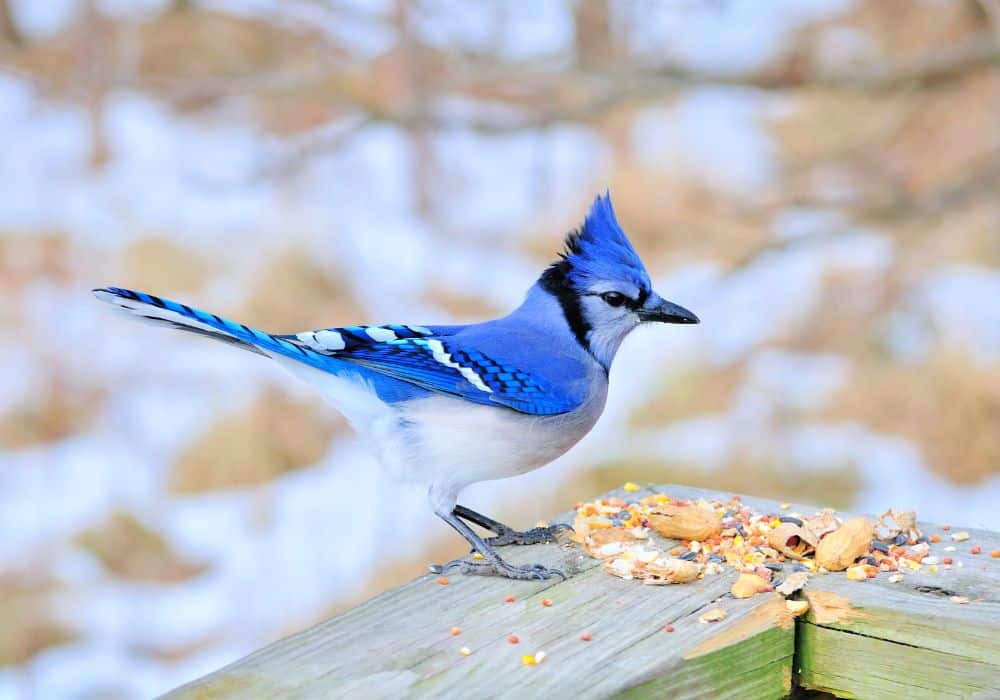 Blue jays may not look like it but they are incredibly powerful animals for their size – both in body and in spirit. This is the type of animal that rarely takes No for an answer and has an incredible tenacity for always going after what it wants.

Birds, in general, are often viewed as symbols of freedom but few fit this symbolism better than the blue jay and its “I’ll do what I want” behavior.

7. Fierce defense of those we love

When the blue jay’s nest, chicks, or partner are in danger, the bird is known to have an incredible fighting spirit, no matter the opponent. Additionally, blue jays are monogamous and mate for life. They form very strong family bonds and are more than willing to give their all in solidarity with their loved one and to protect their territory, regardless of the predator coming after them. So, it’s no surprise that blue jays symbolize fearlessness and courage despite their small size.

Blue jays use their beautiful voices not just to sing but to expertly mimic other birds’ songs too. They are so good at it that they can even imitate a red tailed hawk when they want to. So, it’s hardly a surprise that these tricksters have come to symbolize mischief, change, adaptation, and a curiosity for discovering and learning new things, as well as adapting to their circumstances.

When can the blue jay’s spirit and symbolism be of help?

The best time to call upon your spirit animal is when life’s got you down and you need inspiration and strength to carry on. And those are the exact times the blue jay spirit is most useful. Here are some examples:

As a spirit symbolizing strength, innovation, and creativity, the blue jay is one of the best animals to focus on when you feel like your path is blocked. The blue jay can inspire us to preserve and teach us patience when we need to remind us to just trudge forward.

2. When you’re in need of confidence and personal strength

The fear of failure can be incredibly crippling and few animals symbolize the overcoming of adversary and beating impossible odds as well as the blue jay. This makes this colorful bird a great symbol to focus on when you need some strength, motivation, and confidence.

3. When you need inspiration

You don’t need a blue jay’s feather to have the inspiration to write, to create wonderful art, or to reach for the success you want in life. All you need to do is call upon the blue jay spirit for a touch of extra inspiration and boost.

The symbolism behind a blue jay dream 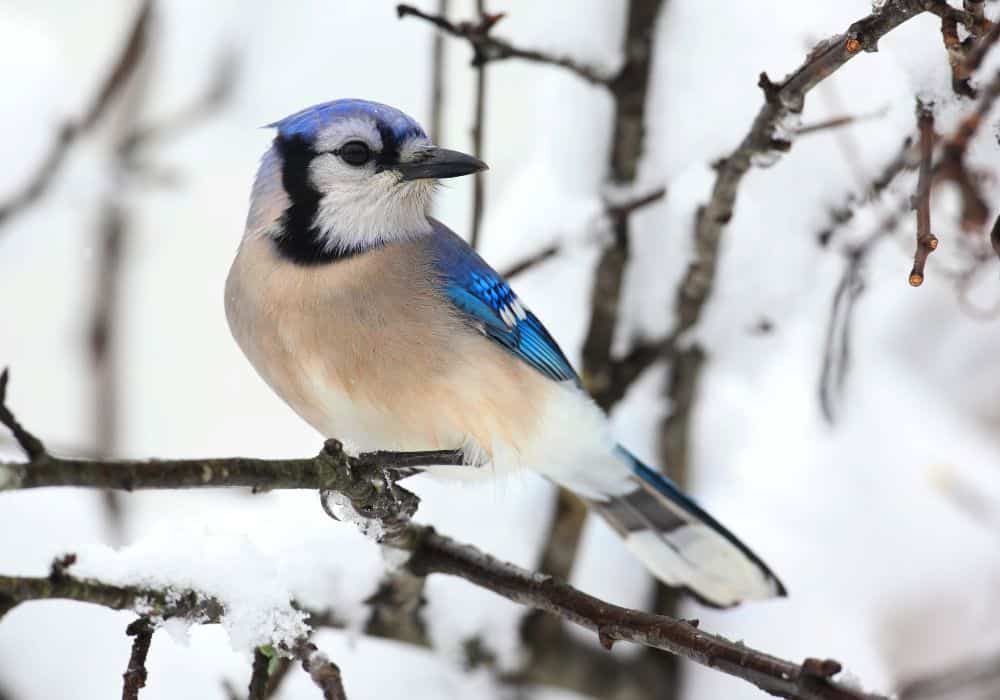 Dreams with blue jays can be interpreted in several different ways depending on what exactly were the contents and tone of the dream. Most commonly, people who dream of blue jays experience dreams that raise questions and leave a feeling of incompletion.

Such dreams symbolize a feeling of being overcrowded with unwanted advice from people, getting mixed messages, and feeling afraid that someone has put you on the wrong path. In other words – such dreams mean that you’ve gotten some bad guidance in recent times. Such faux blue jay symbols should clearly not be followed lest they lead you further astray.

Seeing a blue jay in nature, in your back yard, or in a dream can easily be ascribed to just a coincidence. After all, nothing of what we’re saying should be applied to every single chance sighting of a blue jay. Sometimes a bird is just a bird.

What if you keep seeing blue jays over and over again, however? Obviously, if it’s in the same spot, it might be that the bird simply nests nearby. If you are having repeated sightings at various locations, however, this can be seen as a symbol of guidance and good luck. 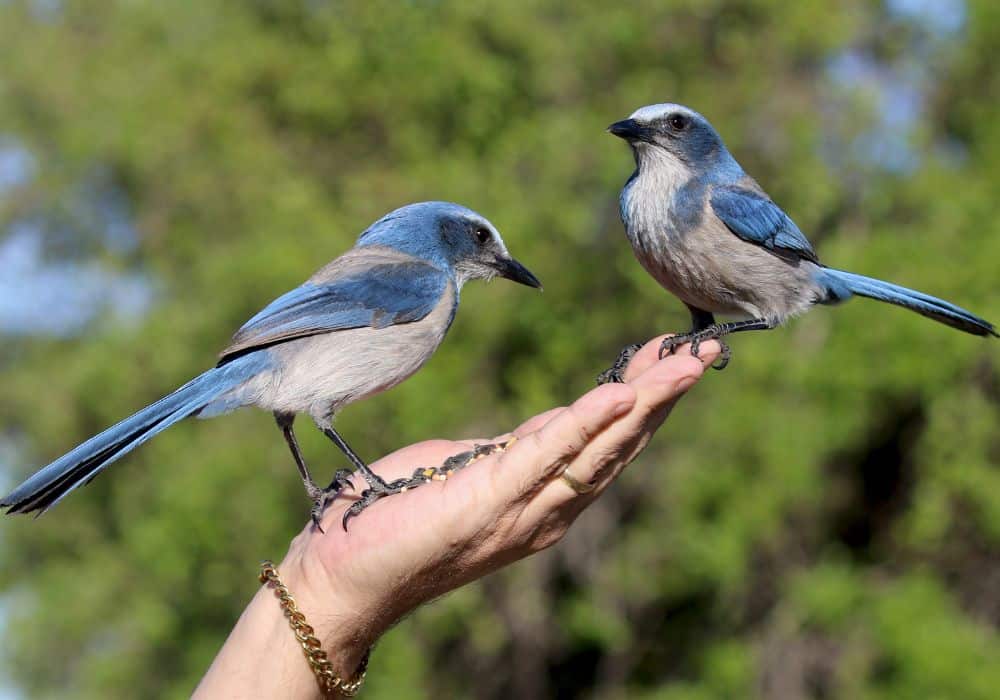 Similar to the above, seeing a pair of blue jays might be just due to them mating nearby. As a symbol, however, a pair of blue jays can be a very powerful double guiding spirit. It can also be seen as a symbol of an upcoming promising relationship with a soul mate that shares your values and outlook on life.

Similarly, encountering a flock of blue jays flying in a particular direction can be seen as a very potent sign of spiritual guidance – that you need to follow a specific direction in your life instead of pulling in multiple directions all at once. The blue jay may be seen as a symbol of independence and strength in some contexts but seeing a flock of blue jays is a stark reminder that even a strong and independent person still needs to work with others from time to time.

The blue jay symbolism across ancient myths and legends

Blue jays can be seen throughout many cultures’ folklore, albeit not as many as some other famous birds such as eagles, ravens, or hawks. Still, as a bird that’s both pretty common and quite captivating, blue jays are used metaphorically and symbolically quite often. Although, it ought to be pointed out that some of these “uses” actually refer to some of the blue jay’s cousins that are native to the corresponding culture’s geographical regions such as the red cardinal or the oak jay.

To have a blue jay power animal is a special and very effective connection. The spiritual meaning of these birds is very multifaceted and strong so it’s not uncommon for people to get a blue jay tattoo meaning strength, freedom, loyalty, trickery, spiritual awareness, or any of this bird’s many meanings.

Whichever side of the blue jay’s symbolism you prefer or choose to believe in, there’s no denying that this is one of those animals that continues to inspire people’s imaginations and lives to this very day.