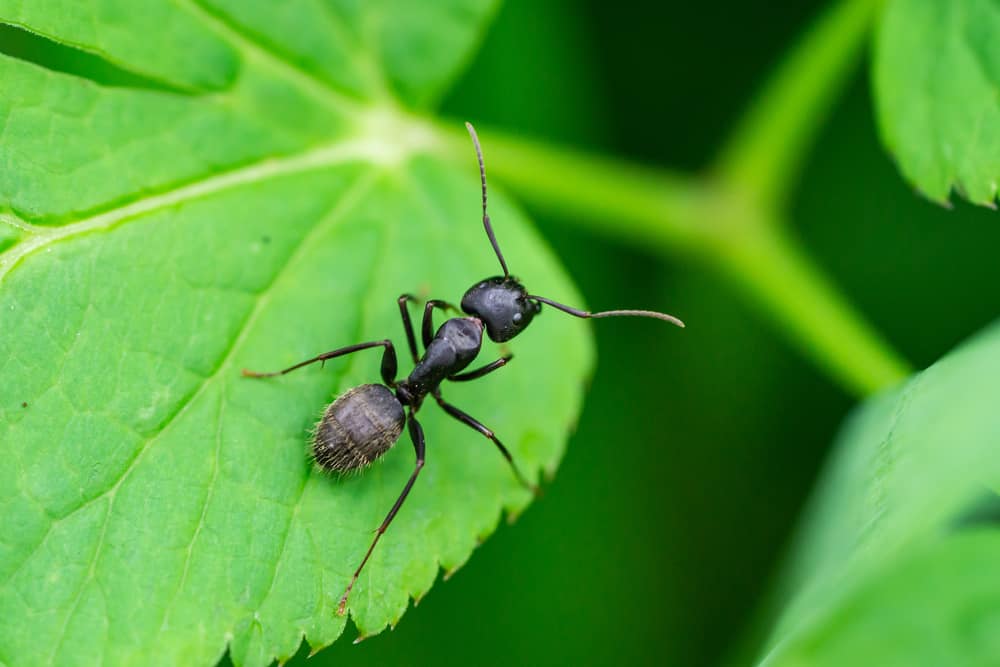 You’ve seen many crawling around your street, but have you ever wondered about the symbolism of ants? They are more than just tiny critters crawling on the ground.

Ants symbolize strength, community, and working hard, among other things.

Let’s dive into what these insects represent in different cultures, religions, folklore, and spirituality. 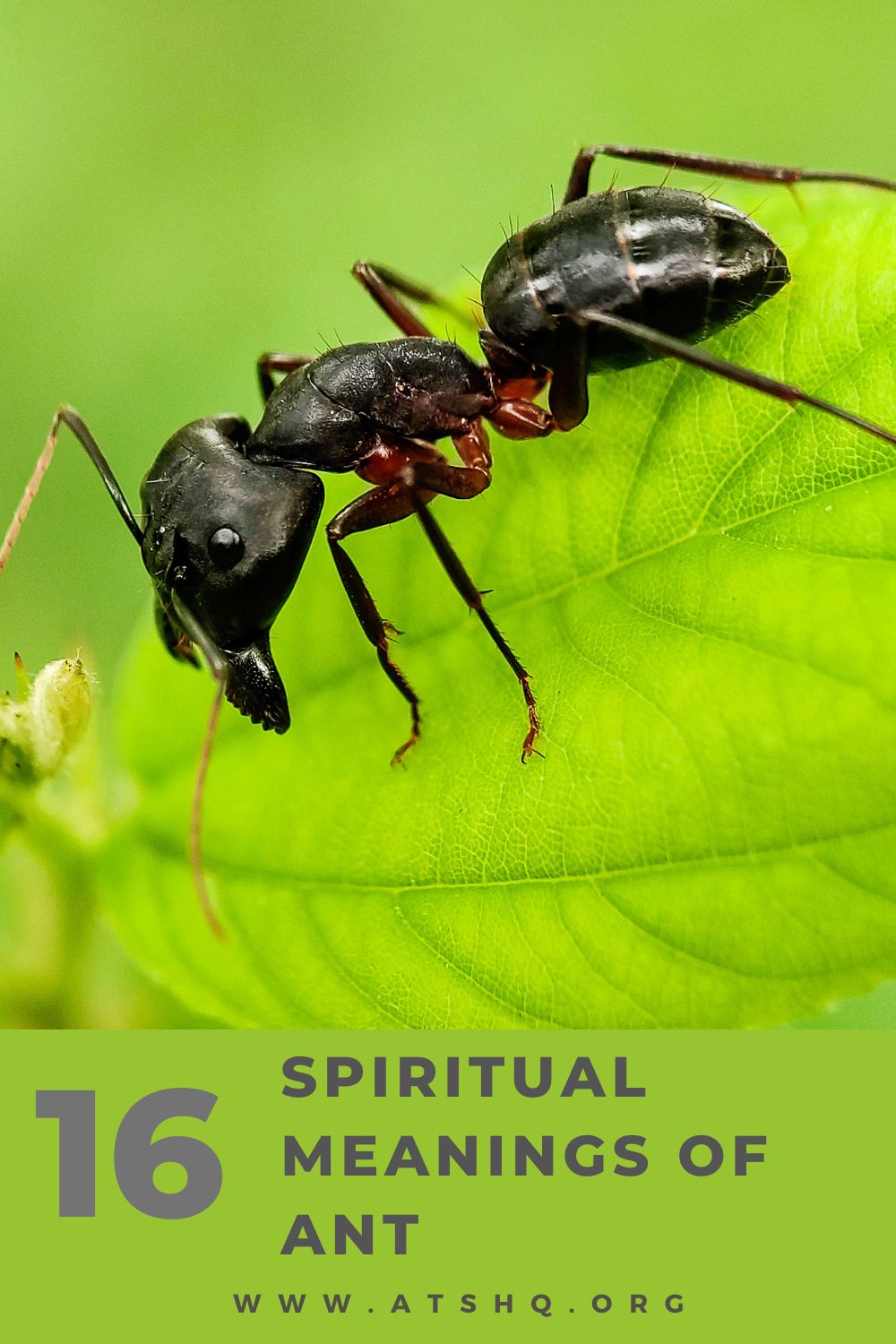 1. The General Symbolism of Ants

The general symbolism of ants is fairly positive. We see them as a representation of strength, a great community, productivity, and hard work.

1. Ants as a Symbol of Strength

The ant is one of the strongest animals on earth. Many ants can lift objects that are 5,000 times heavier than they are. As a colony, ants can move up to 50 tons of dirt annually – roughly the size of 10 elephants!

To put it into perspective, all the ants on earth could collectively pick up 2 trillion pounds – that is every single human put together. On the contrary, humans could only lift about half that weight collectively.

It’s no surprise, then, that ants symbolize strength, especially against situations that seem larger or stronger than they are. They show that size doesn’t matter in comparison to perseverance and hard labor.

2. Ants as a Symbol of Community

The average ant colony contains thousands of individuals working together as a group. Super colonies have also been identified on four different continents, housing over 300 million ants in one nest.

Each ant takes on a job and works together for the greater good of the community. If an ant becomes sick, it will often leave the colony to prevent the spread of disease. Since ants use their antennae to “smell” and communicate through chemicals, they will also move a dying or dead ant out of the colony to ensure the rest of the community stays safe and productive.

While each ant completes its job, everything is done to ensure that the colony is fed, clean, and safe – especially the queen ant which leads the colony. This is why ants symbolize a collective and collaborative community that always looks out for the greater good.

3. Ants as a Symbol of Productivity

You can likely picture many times you’ve seen ants running around or making a line back to their anthills, but few memories will appear of ants sitting around idly; this is why they are an excellent symbol of productivity.

As each member of the colony works together for the nest to function, ants also make changes to make their days more efficient.

For example, if a tunnel becomes overcrowded with digging ants, a large portion of them will leave to clear the space. While the ones that leave stop digging for a while, the ants that are left behind may represent 30% of the digging ants, yet complete 70% of the work.

This level of efficiency is also seen in ants’ daily routines. Around 80% of the colony is awake at any time. Instead of sleeping for hours on end, ants take one-minute naps over 200 times a day. This equals a total of fewer than 5 hours of sleep daily, yet they continue working between the naps and regardless of the short amount of shut-eye. Talk about being productive!

4. Ants as a Symbol of Hard Work

Ants will have assigned jobs since birth and most colonies will also have to prepare for a long and harsh winter. Ants have an internal clock that provides deadlines to collect enough food and prepare their nest for the coming cold months.

This means they are on the move and on a mission from the moment they become adults to when they die of old age or other factors. They stay focused with immense willpower, ensuring they have an abundance of food before winter.

As they work, ants that leave the nest may travel up to 100 yards in search of food or to defend their nest against a grasshopper or other predators. That is quite impressive for an insect that is only about an inch long. You’ll often see one ant dragging back a food sample that is five times its size back to the nest.

Ants have such a strong association with hard work that one part of the colony consists of “worker ants.” Even so, soldier ants and the other groups in the colony also maintain the strong work ethic that the colony represents.

2. The Symbolism of Ants in Culture

Different cultures view animals in different lights. Let’s learn about what ants symbolize for Native Americans and those in China and Central Africa.

1. The Symbolism of Ants for Native Americans

Ants represent different emotions and situations in both North and South America. In North America, ants were seen as representative of nature, potentially predicting earthquakes in places like the northwest.

The Pima North Americans, from what is now Arizona in the United States, used the ant as their clan animal. The group was divided into the Red Ant Clan and the White Ant Clan. The Cherokee was another North American group of natives that performed an Ant Dance.

In South America, however, ants are associated with painful stings. This allows them to represent mighty warriors. Certain South American tribes have been known to expose young men to painful fire ant bites as a rite of passage to become a man.

2. The Symbolism of Ants in Asia

Ants are rarely shown in Asian works of art; however, they are considered righteous insects in many parts of China. The ant is seen as selfless, working for the collective group instead of for itself. Through its work, lone ants ensure the colony’s prosperity.

Ants in China are also seen as a symbol of industriousness. This encompasses servitude and obedience, as ants follow the roles assigned to them and remain disciplined and focused throughout their lives.

In the Philippines, however, there is an old superstition that states that anthills are the entrances to the kingdoms of the gods. For this reason, many people avoid touching or even looking at anthills to this day. In this case, we can see ants represent a mystical force or passageway into other worlds.

3. The Symbolism of Ants in Central Africa

In many central African cultures, ants are seen as tokens or symbols of teamwork and diligence.

For example, the Kuba people believe that the son of the creator god created white ants. The son then died, and the ants dug out black dirt to bury him, transforming the earth’s surface.

Other tribes, like the Berber and Kabyl tribes, tell a tale of how the ant taught man how to use plants and grains for agriculture.

Similar to some South American natives, the African Maasai warriors also view the ant as a symbol of courage, as well as utilizing the power of ant medicine.

3. The Symbolism of Ants in Religion 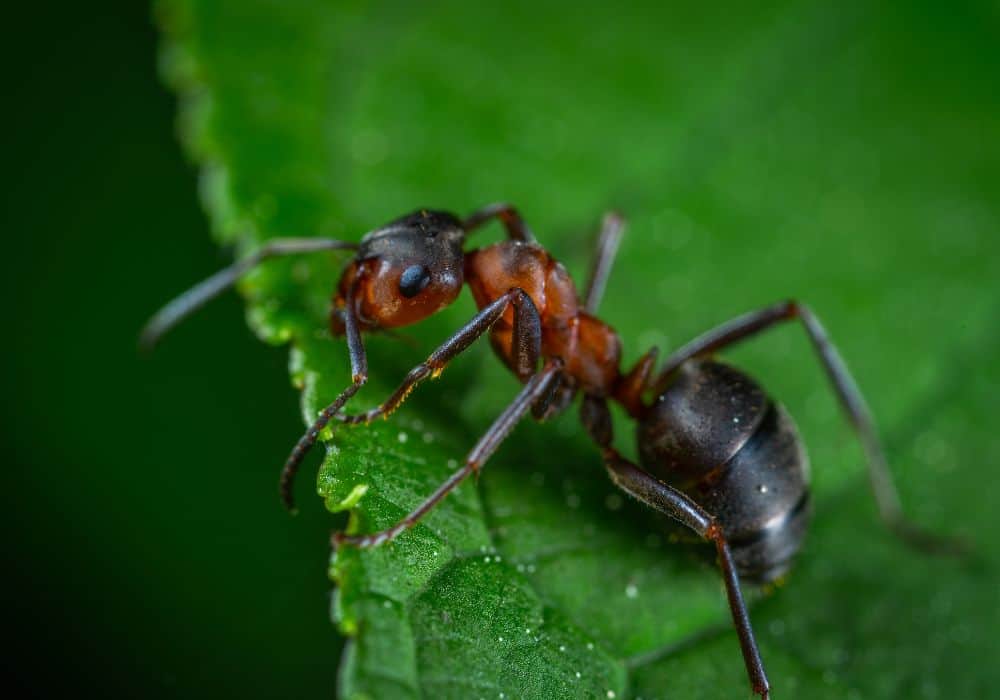 References to ants and what they represent can be found in Christianity and Islam.

Ants are mentioned in the Bible in a positive light. They are used to symbolize focus, devotion, and cooperation. The stories that include ants often foster a sense of community and working together.

Ants are also discussed as being careful, planning, and collecting food for the months to come. You can find references to ants in the following scriptures:

Ants are mentioned in Islam’s Quran specifically in the story of Solomon. Solomon died leaning upon his staff, which help up his lifeless body. Only after an ant gnawed away at the staff did his body collapse.

After this, Muhammed forbade Muslims to kill the ant, among bees, hoopoes, and sparrows. We can interpret this story to see ants as a symbol of good luck, reverence, or even holiness.

4. The Symbolism of Ants in Folklore and Mythology 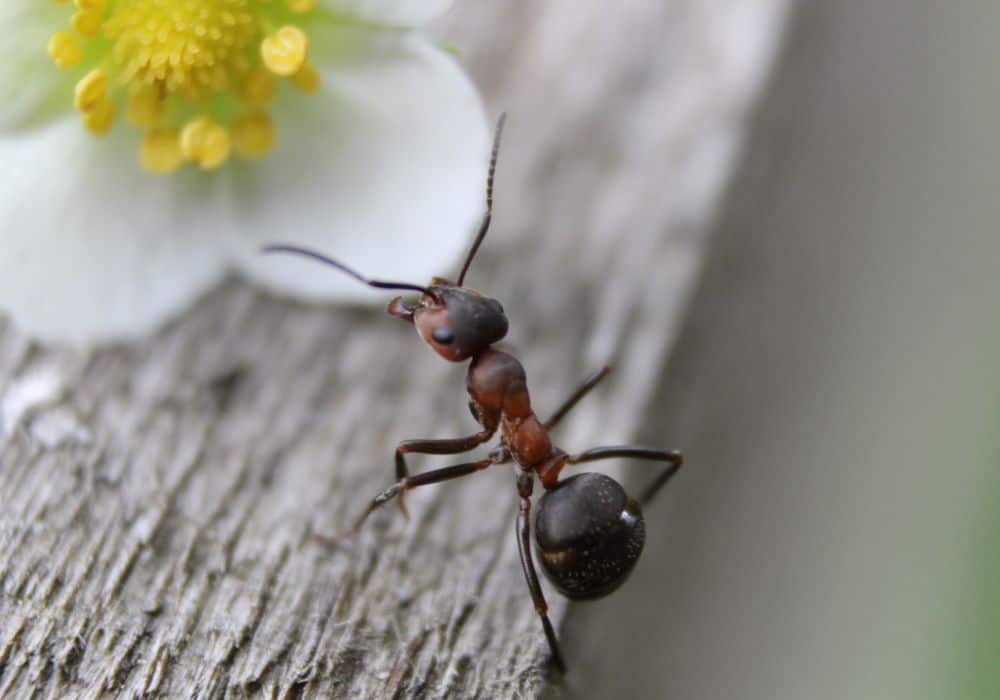 We can find ants in many folktales and mythology across cultures. Folklore refers to the beliefs, customs, fables, and stories of a community while mythology is a collection of myths often associated with a specific religion.

Japanese mythology holds a story about a supernatural entity named Oari. Oari is a spirit of a dead ant that hits people with a big wooden hammer. In this story, the ant could represent death or revenge.

Greek mythology mentions ants in the legend of Zeus. Zeus was a king of an island that faced a great famine, so he asked his father for help. The father changed the ants of the islands into ant people warriors called Myrmidons. These Myrmidons were led to victory by Achilles.

Another Greek myth is about Myrmex, a girl who betrayed Athena. Athena then transformed her into a humble ant as punishment.

There is a Thai tale about a cicada and an ant. During the summer, the cicada spent its time singing, while the ant worked and collected food. By winter, only the ant could survive because of its sacrifices.

In this tale, the ant represents planning and always being prepared.

While ants themselves aren’t mentioned in Celtic folklore, the Celts revere mounds as places where our world connects with another. The other world is where gods, fairies, and the like coincide. In many Celtic stories, a hero begins by entering or falling into a mound, much like an anthill.

5. The Symbolism of Ants in Famous Sayings 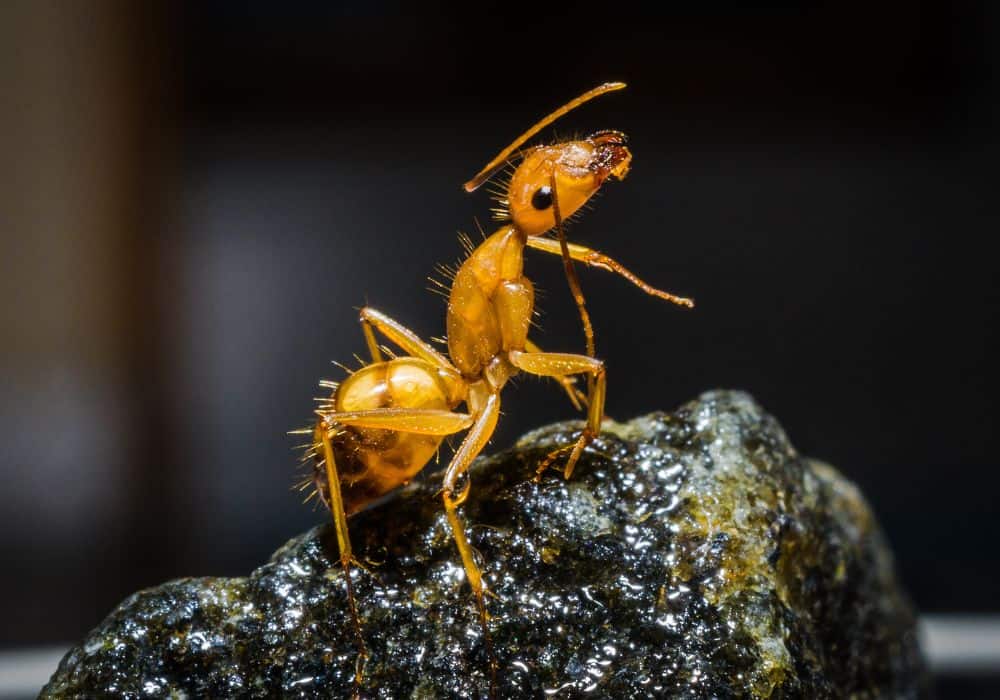 6. The Spiritual Symbolism of Ants

Ants have also been seen as spirit animals, totem animals, and spiritual symbols in dreams.

1. Ants as a Spirit Animal

A spirit animal is a spirit guide that helps a person while also sharing characteristics with that person. We often use this expression when an animal embodies characteristics or a virtue that we relate to.

Someone who has an ant spirit animal may feel that they have hidden strength or a strong sense of community. This person is usually humble, hard-working, and focused. They will not be extroverted, spontaneous, or egoistic.

2. Ants as a Totem Animal

Totem animals are the spiritual symbols of a person, family, tribe, or group. This comes from most Native American tribes, as each one had a spirit that stayed with the tribe or family throughout their lineage.

The ant totem animal means the person or group is responsible and reliable. If one has an ant as their power animal, they’ll be diligent in their work, continuously putting forth the effort to reach large goals that take time to build.

These people will face challenges with courage, patience, and a plan. They know that as a group they can accomplish anything.

Interpreting ants in your dream could mean many things, but here are some of the most common interpretations and symbols we’ve come across.

As tiny creatures with drive and strength, there is a lot behind the ant meaning. One thing’s for certain – an ant symbolizes the opposite of a disobedient or lazy individual.

Across cultures, religions, mythology, and folklore, we consistently see them as symbols of strength, community, and hard work. If you can relate, perhaps the ant is the spirit or totem animal you’ve been searching for!